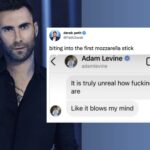 Whether or not you keep up with celebrity gossip, it’s been pretty hard to avoid the Adam Levine affair drama. If you’ve somehow escaped it, congratulations! But, if you want to understand these hilarious memes and tweets, hold on for a speedy recap.

Adam Levine (singer of Maroon 5) is married to Behati Prinsloo (former Victoria’s Secret model) and they have two kids together, plus one on the way. Recently, Sumner Stroh (another model) shared a TikTok saying that she had a year-long affair with Levine. In that video, she shared a few DMs that Levine had allegedly sent her. 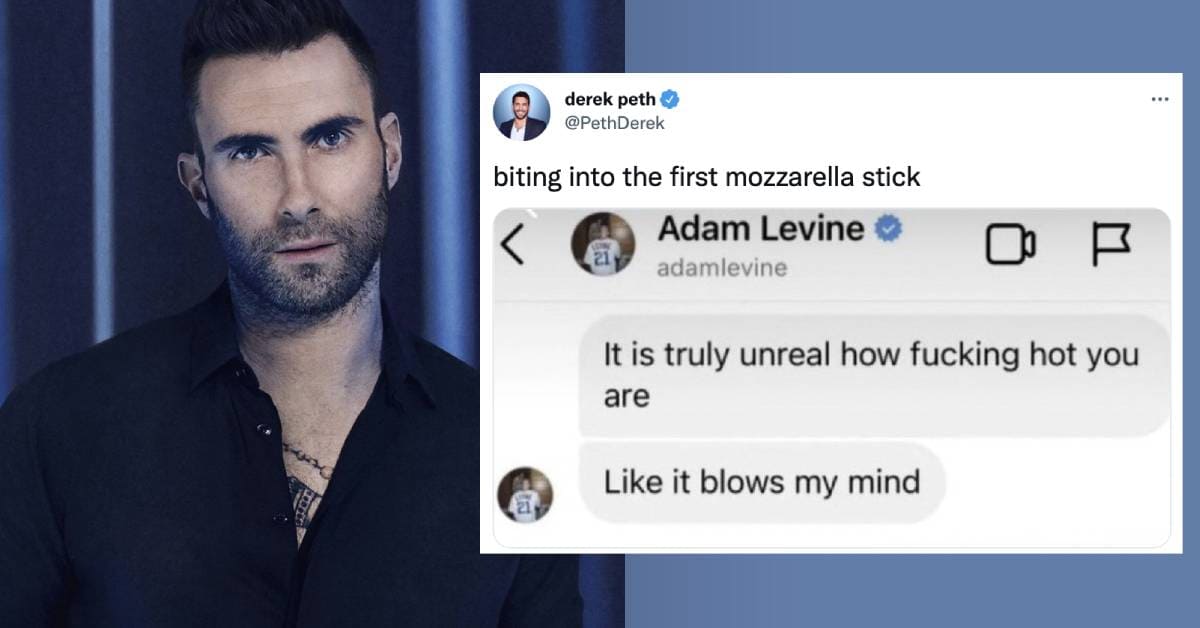 Now, it’s those DMs where things really start to get wild. Because the man who gave us poetic lines like, “it’s not always rainbows and butterflies, it’s compromise that moves us along,” apparently texts like a teenager who’s never done the deed. They are so cringy, and therefore, perfect meme material.

It didn’t take long for Twitter to do its job, giving us tons of Adam Levine text memes. For such an unruly section of the Internet, it really can make art out of sorrow. Sure, Maroon 5, you can use that line for your next song.

Adam Levine’s sexual DMs are the Maroon 5 of sexual DMs, if that makes sense

2. Wait, did you study abroad in Paris?

3. When it hits just right. 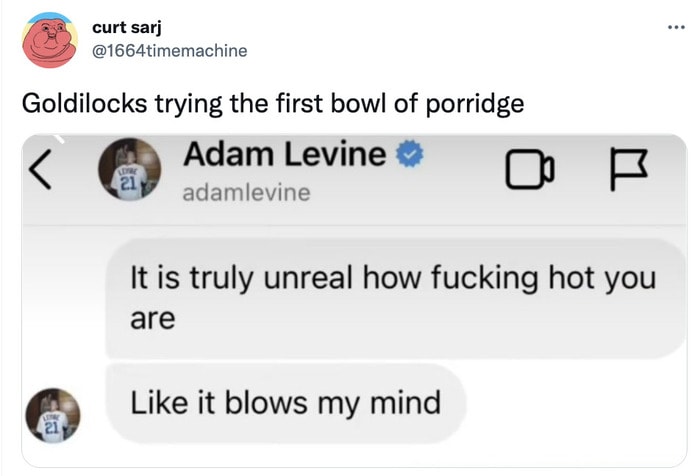 4. Again we ask: did you study abroad in Paris? 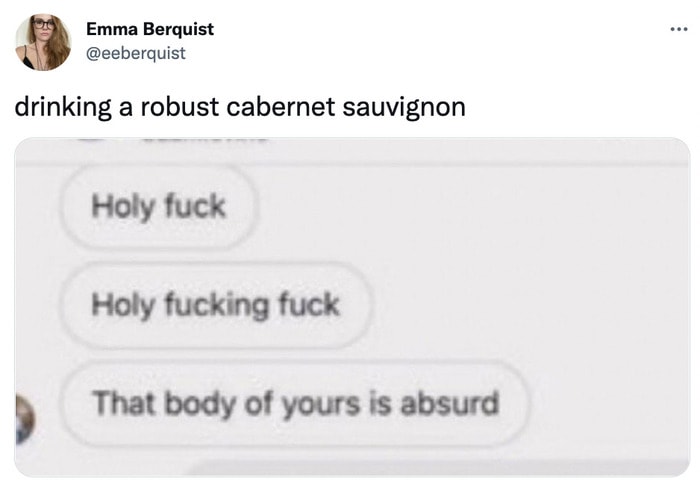 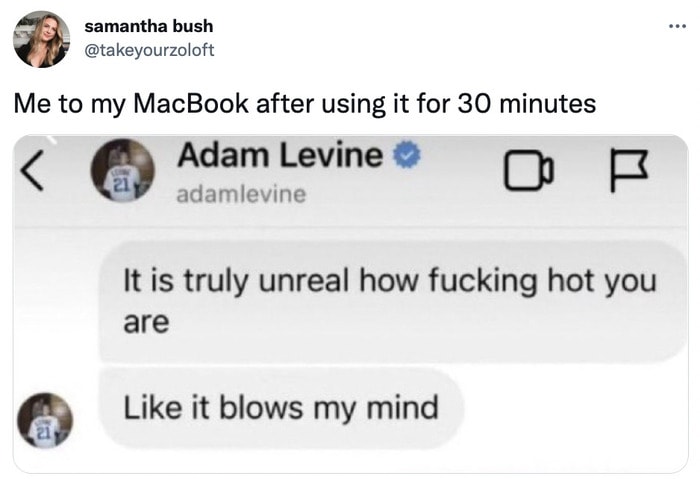 6. Those climate change seminars are really *heating up.*

scientists talking to the climate pic.twitter.com/IoV4wb3uCa 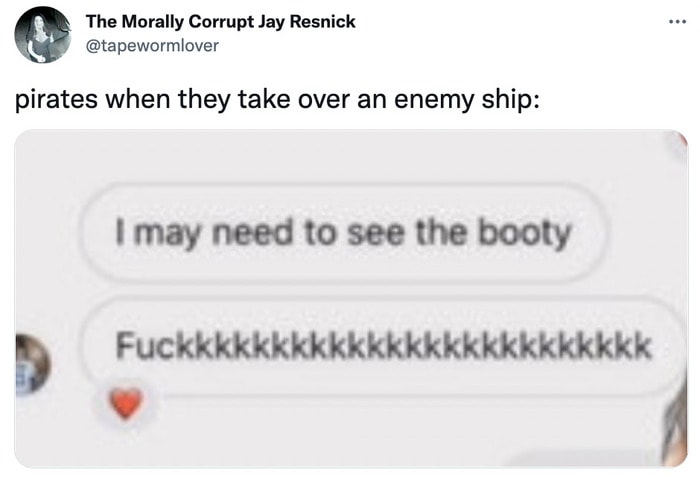 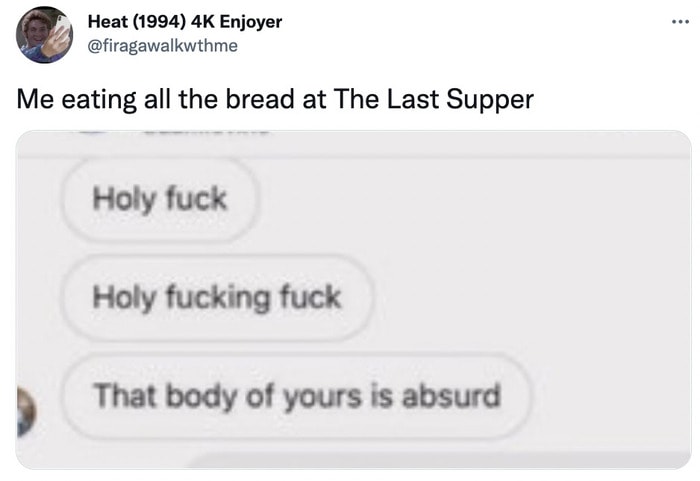 9. Anything…except for sharing our own sexts.

Me when I see a Klondike Bar pic.twitter.com/n44N0yNetH

10. That sentence structure tho. 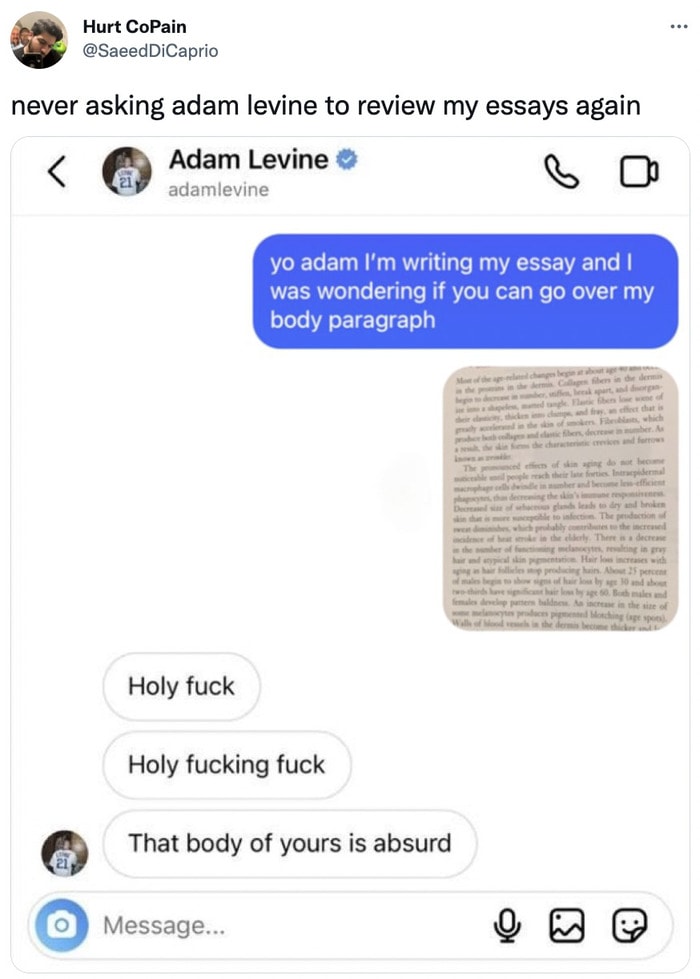 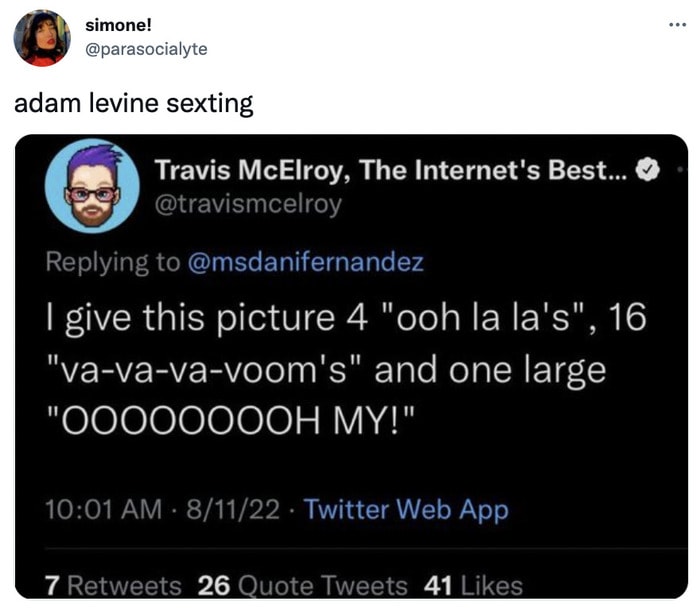 12. Good thing we learned how to stop, drop, and roll in elementary school.

when you get a DM from Adam Levine pic.twitter.com/JOsluhhgFk

14. Let’s keep politics out of the bedroom. Unless its Abraham Lincoln role play.

16. Honestly, they are the apex predator. Of our HEARTS.

me the first time i saw a platypus pic.twitter.com/FdfziHx6Ne

17. You’re counting down the seconds, too, right?

these Adam Levine dms are so honest and correct i relate with them pic.twitter.com/wIeQbBklRH

18. They know how to make an entrance.

when you see the fajitas coming pic.twitter.com/Q7r5CrRUHP

Adam Levine actually was cheating with him pic.twitter.com/W7fpQ5dyvp

20. Coming soon to elevators near you!

21. Give us a moment while we break out the whiteboard.

22. The writing was on the walls the whole time…

Adam Levine said SHE will be loved. Didn’t specify WHO. Pay attention people!

23. Raise your hand if you thought Adam Levine was a solo artist.

What do you think the other Maroon 4 are saying

Is this the DM you're all talking about https://t.co/WOl4z9DfZg

Latest posts by Hannah Rex (see all)
As an Amazon Associate we earn from qualifying purchases. This post may contain affiliate links from Amazon and other sites that we collect a share of sales from.
119 shares