While all our friends are out there watching Bridgerton for the 12th time and gearing up for the Friends reunion, we’re here bingeing old episodes of Archer and awaiting the new season of Tuca & Bertie, which arrives in June.

To celebrate the fact that we refuse to move on from animated anything, here’s a look at the history of adult cartoons and the ones we recommend you binge next. 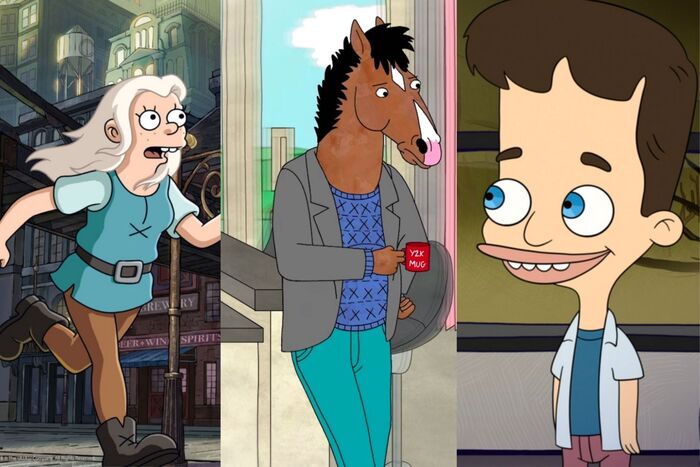 What is Adult Animation?

While some people associate cartoons with childhood. Most of us grew up watching shows like Tom & Jerry, Loony Tunes, She-Ra, Animaniacs, or Phineas & Ferb and Spongebob Squarepants.

Some of these kids’ shows might have subtle jokes meant for adults, but adult cartoons center on adult themes and situations and are generally not appropriate for children. If, for some reason you haven’t cut the cord, adult animation airs in the evening, after 8pm, on channels like Cartoon Network’s Adult Swim, MTV, or Nick @ Nite. 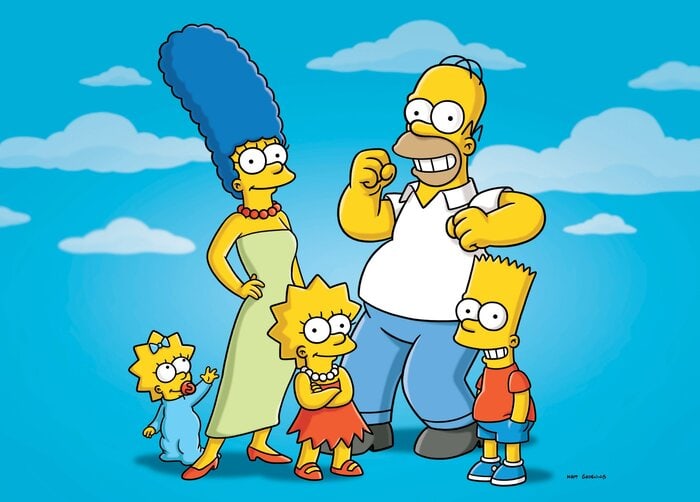 A (Brief) History of Adult Cartoons

The Flintstones is often credited as the first cartoon to appeal to adults (though it wasn’t specifically marketed to adults). It premiered in the evening in 1960. Granted, The Flintstones was more of a family show than a show aimed specifically at adults, but it opened the door for the adult animation that came later.

In 1989, The Simpsons debuted and Marge and her family ushered in a new era of adult animation in the 90s that included MTV’s Liquid Television, Beavis and Butthead, Daria, and eventually, South Park and Family Guy.

Since, the genre has just kept growing with Adventure Time, Metalocalypse, The Venture Bros., and Futurama, and countless more.

Big Mouth was created by Nick Kroll, who plays Nick, the main character loosely based on Kroll’s real life. The Netflix cartoon follows teenagers as they deal with the awkwardness of puberty and the cast is full of big-name comedians like John Mulaney, Jason Mantzoukas and Jessi Klein. It’s charming, relatable, and raunchy. Coincidentally, those are the three words our last Hinge date used to describe himself. We really thought he said ranchy. Oh well.

Bob’s Burgers follows the Belchers as they run the family burger business, despite setbacks including competition from a pasta joint across the street run by Bob’s arch-nemesis, Jimmy Pesto (both voiced by H. Jon Benjamin). It also gave us the Tina twerking GIF, which is pretty much the new version of Beavis’ headbanging.

Archer follows a group of secret agents in a spy parody centered around Sterling Archer (also voiced by H. Jon Benjamin). He’s a sexy, yet deplorable, bachelor and also potentially the worst secret agent in history. It also stars Aisha Tyler as his badass partner/wife/ex-wife/voice of reason.

Season 12 returns to the danger zone sometime in 2021. No, you can’t bring donuts to celebrate. That’s how we get ants.

BoJack Horseman was Netflix’s first foray into adult animation and was it’s longest running. It’s a dark comedy set in a world where animals can talk and stars a washed up former television star horse, voiced by Will Arnett of Arrested Development fame.

It sounds hilarious, but it’s actually super depressing, so we don’t recommend more than two in a sitting unless you want to feel like you just rewatched Requiem with a Dream. 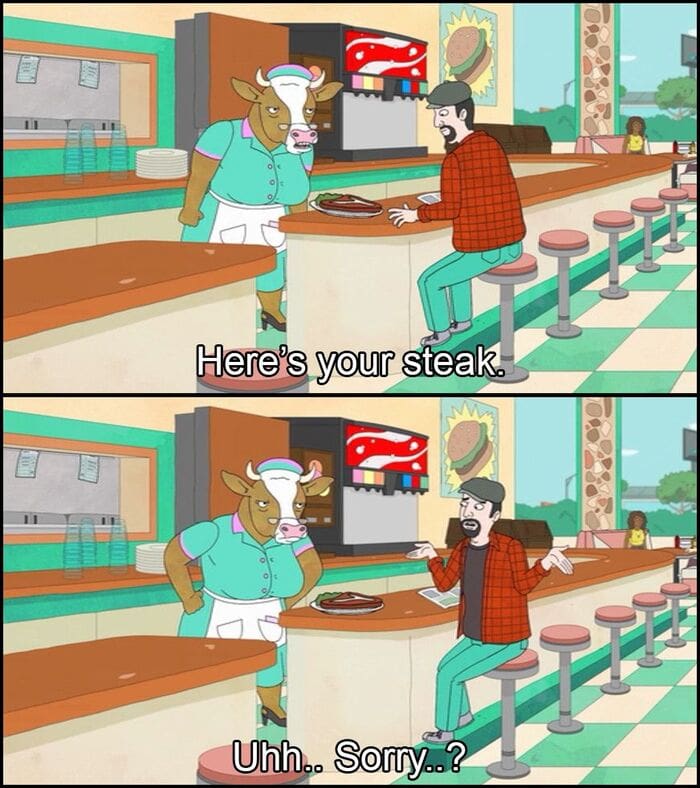 Chances are you’ve seen Rick and Morty. The science fiction sitcom following the adventures of mad scientist, Rick, and his seemingly-always-tortured grandson, Morty Smith. Think an animated version of Back to the Future, but darker, funnier and less sexist. That’s saying a lot.

Rick and Morty has a cult-like following, evidenced by the fact that even Pringles got on board and released a Pickle Rick flavor a couple years ago. We’re not sure what Rick is supposed to taste like, but it can’t be worse than Peeps-flavored Pepsi.

This animated sitcom based on a cartoon strip of the same name, follows the Black Freeman family and their experiences after they move to a white suburb. Regina King voices both Huey, a 10-year-old leftist and master of martial arts and his brother Robert. The show originally ended in 2014, but a reboot has been ordered by HBO Max. 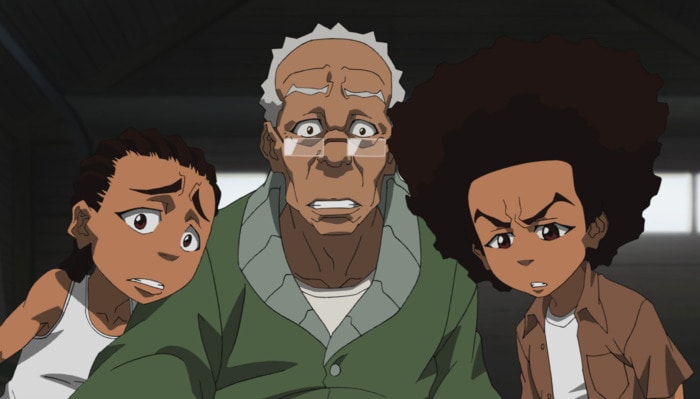 We love it not just because it’s chock-full of references to other fantasy stories, like Game of Thrones and Monty Python. But also because Bean is the most relatable princess we’ve ever seen. And that’s before she got married when she was three sheets to the wind. 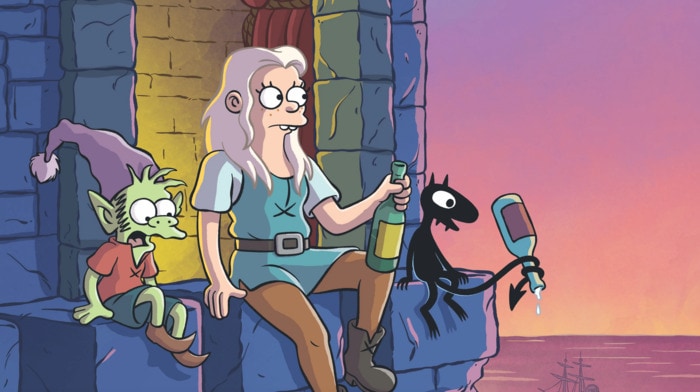 Tuca (Haddish) is an easy-going toucan and Bertie (Wong) is her anxious songbird friend. They’re 30-something BFF’s who live in the same apartment building and get up to all kinds of hijinks. It’s Friends meets Broad City meets National Geographic.

Birdgirl is a spinoff of Harry Birdman, Attorney at Law that launched in April of this year. It stars Paget Brewster as Birdgirl, who has to take over for her dad, Harvey Birdman after he’s found dead. She fights bad guys, but also the mundane aspects of corporate America. A true heroine.

Latest posts by Laura Davis (see all)
As an Amazon Associate we earn from qualifying purchases. This post may contain affiliate links from Amazon and other sites that we collect a share of sales from.
96 shares