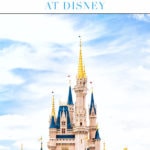 Walt Disney World may be the most magical place on earth, but it’s also one of the busiest. All four parks — Magic Kingdom, EPCOT, Disney’s Hollywood Studios, and Animal Kingdom — rank among the top 10 theme parks worldwide for attendance. And Magic Kingdom tops the list with more than 20 million visitors per year. We’re here to help you avoid the intense Disney crowds.

Why? Because if you’re an introvert or you’re just trying to enjoy their Hei Hei ice cream cone in peace, that may sound like a nightmare — especially during the peak summer months and holidays, when you’re elbow-to-elbow with tens of thousands of fellow tourists. (And let’s not even talk about the lines at Slinky Dog Dash.)

You’ve probably heard the age-old Disney advice to take a midday break and head back to your hotel room for a nap — and maybe a much-needed drink — but when you’re paying $100+ per day for park admission, do you really want to dip out for several hours just to get your fix of sweet, sweet silence? (No. No, you don’t.)

Instead, make your way to these lesser-traveled spots in the Disney parks to recharge your introvert batteries without derailing your whole Disney itinerary. Here are 10 places to get away from it all, even if it’s just for a few minutes.

10 Places to Avoid the Crowds at Disney World

And if you can’t bear the idea of listening to the current president drone on — even in animatronic form — you can still get some climate-controlled silence in the queueing area, which is an exhibit space filled with presidential artifacts (which, apparently, are a tourist repellant).

Trump robot in the Hall of Presidents looks like a 71-year-old Chucky doll. pic.twitter.com/yLCBmhpNvG

This Mark Twain-inspired hideaway is only accessible by a raft boat ride from the well-hidden Frontierland dock — which means many Disney guests don’t even realize it exists.

Sure, it’s technically a children’s play area, but the kiddos will be too hopped up on churros to notice you using the walking paths as your own personal labyrinth garden, or cat-napping in a rocking chair as the Liberty Belle riverboat paddles by.

Carousel of Progress should be a required visit for every Disney guest — respect your Disney history, people! — but no one listens to me, so this show is sparsely attended.

This means you can typically get into the cold, dark, slowly-rotating theater without waiting in line. And once inside, you’ll get a 21-minute respite from the sun (and from most of the 21st century) as John mansplains the 20th century to you.

Tucked away in the back of a building in EPCOT, you’ll find the greatest innovation in theme park history: benches in an air conditioned space.

That’s it. No restaurant, no ride, it’s literally nothing, so this spot isn’t marked on the map. Disappear into here, put your phone on airplane mode, and enjoy a few moments of uninterrupted bliss until your name comes over the Disney loudspeakers.

Just go to Club Cool — or the former site of Club Cool, if you’re reading this after it closes in the fall — then exit at the back of the building towards World Showcase. The sliding doors to paradise will be on your right. Unless it’s been cancelled (aka demolished). Like your dreams.

This pavilion is the site of The Seas with Nemo & Friends and Turtle Talk with Crush, so you’d expect it to be packed to the gills with kids. (There’s more beach puns where those came from.)

But… most guests bang out those two attractions and then rush to the next pavilion — which leaves you with a world-class, 5.7-million-gallon aquarium mostly to yourself. And some creatures that think you’d be a tasty snack.

Take a break from humans and hang with sharks, sting rays, sea turtles, and rescued manatees. You haven’t relaxed until you’ve watched a manatee chomping on lettuce. (Sadly, they do not sell pet manatees in the gift shop.)

He’s not your man, he’s a manatee.

American Adventure is an innovative multimedia production celebrating American history, and thanks to everyone’s aversion to educational material, there’s rarely a line.

Explore the exhibits in the rotunda in relative peace and quiet (well, unless you stumble across an a capella performance from Voices of Liberty, which might take you back to the time you dated that guy who was weirdly obsessed with Pentatonix).

Or, pop in to the dark theater and enjoy the 29-minute production — and by “production,” we mean “nap.” (Bonus: This production does not feature any current politicians. Your nap may have other plans.)

We love Drinking Around the World, and so does everyone else apparently, because there’s always a crowd lingering near the drink stands. But make your way towards the back of the pavilion (grab a drink first, obviously — we’re not monsters) and you’ll find hidden museums, international shops, and architectural replicas. Sipping a bellini in a quiet spot under a faux bell tower? Certo.

Oh, look, another history-based attraction no one cares about! We’re starting to sense a theme…

The Oasis is the first part of the Animal Kingdom you walk through after entering the park, so it’s usually mobbed first thing in the morning. But come back midday — while everyone else is scrambling to get on Expedition Everest and Flights of Passage — and you’ll find quiet trails with lush landscaping, a sloth, and exotic birds! Oooh, look! A seagull!

Grab a rum-spiked Dole Whip from Tamu Tamu in the Africa land, then cut through Discovery Island (where the giant tree is located) to get to the Oasis trails. If you’re lost, the talking animals will help you find your way. Thanks, Mr. Seagull!

All four Disney parks have in-and-out privileges, so you can dip out for an hour or two, explore a nearby resort, and come back into the park with no issues. Each hotel has its own immersive theming and — with the exception of cult favorites like Trader Sam’s and Ohana — uncrowded restaurants and bars.

A few Disney Resort Hotels where you can hole up and avoid the crowds: 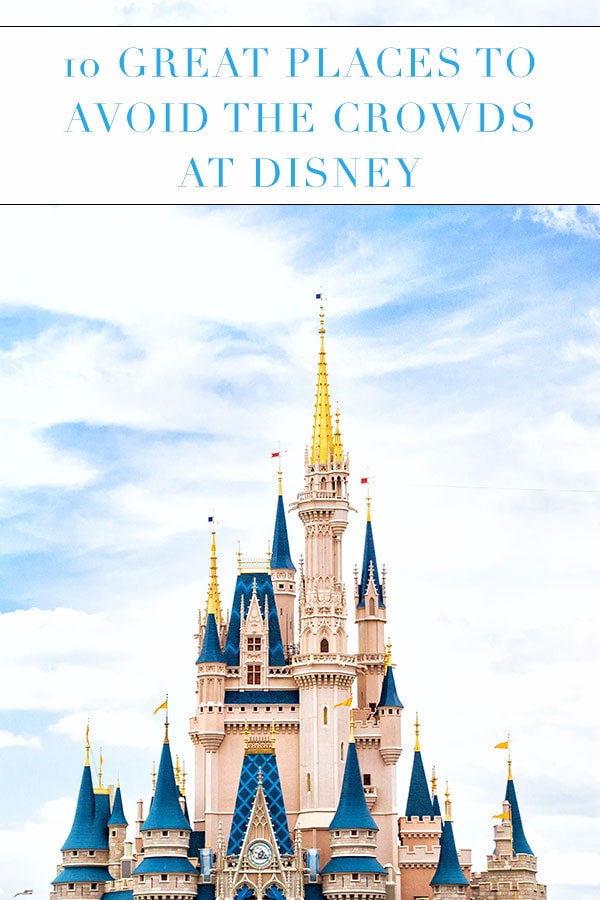 Latest posts by Madison Higgins Hwang (see all)
As an Amazon Associate we earn from qualifying purchases. This post may contain affiliate links from Amazon and other sites that we collect a share of sales from.
88 shares