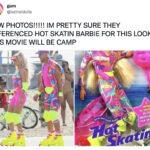 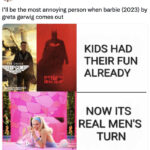 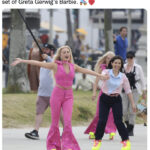 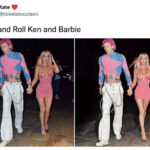 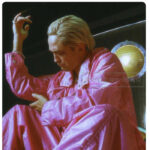 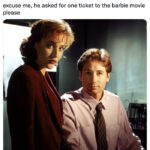 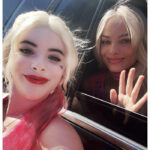 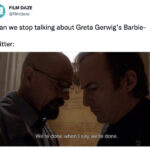 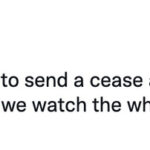 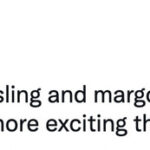 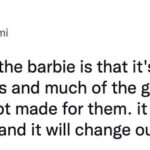 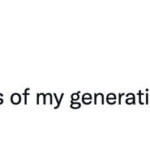 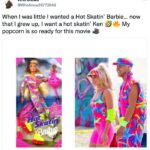 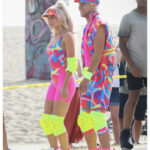 Whether you love it or hate to love it, Greta Gerwig is bringing a live action Barbie movie to the masses. It’s starring the ethereal humans Margot Robbie and Ryan Gosling and will hit theaters on July 21, 2023. But we already have some Barbie set photos that are getting the best tweet and meme reactions.

We keep getting little sneak peaks at the characters and their costumes, created by costume designer Jacqueline Durran. She also designed for Gerwig’s Little Women, giving us more range than than any home has ever been on. 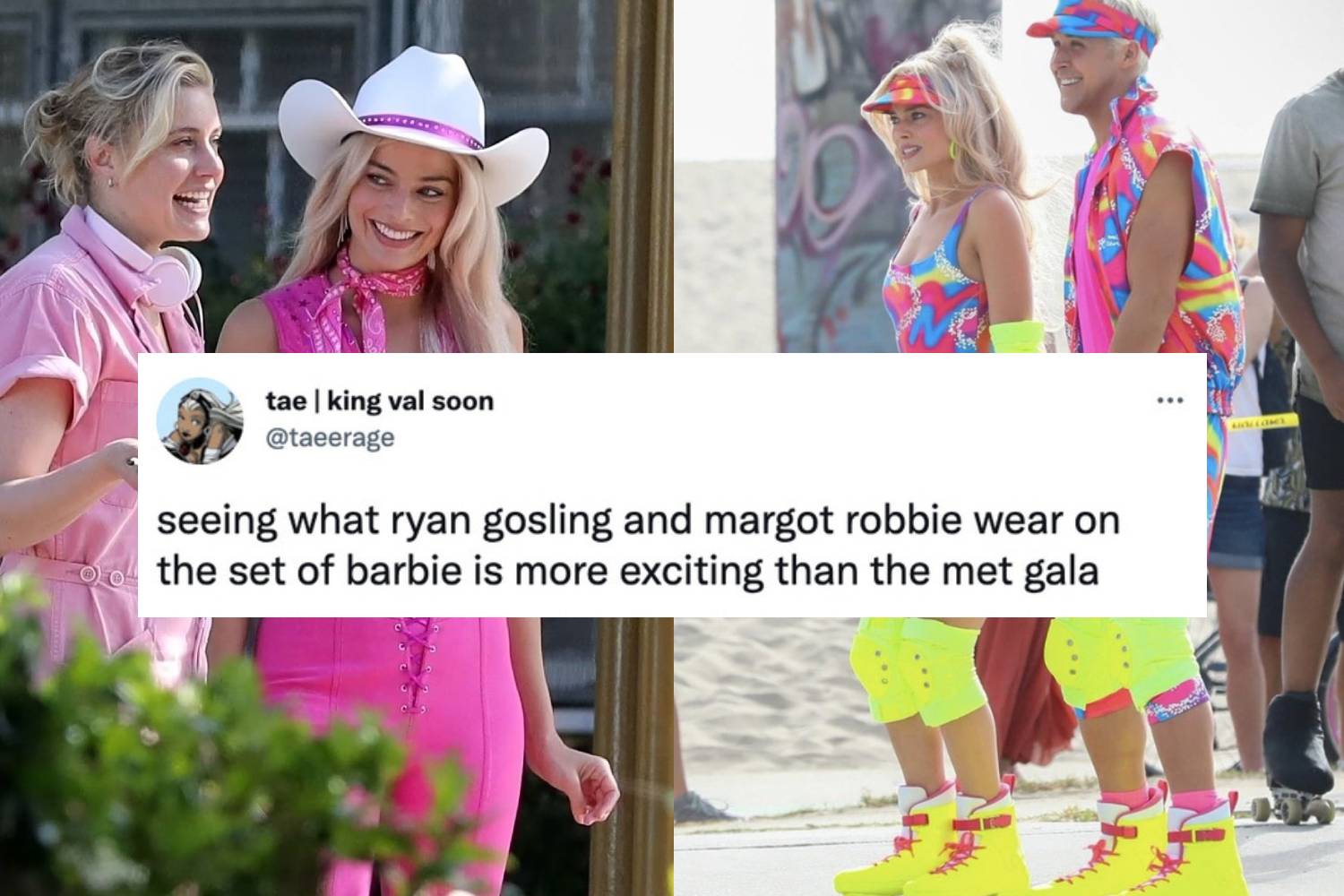 Most recently, we got a look at roller skating Barbie and Ken. They were gliding through Venice Beach, decked out in neon spandex, visors, and elbow pads. We love it when fashion and safety intersect. Which unfortunately can’t be said for those orange life vests that somehow strangle you while saving you.

To bring your week a little brightness, here are the best Barbie set photos so far, along with some stellar Twitter reactions of our new Barbie, Ken, and supporting characters.

1. We’re not accepting any questions at this time. 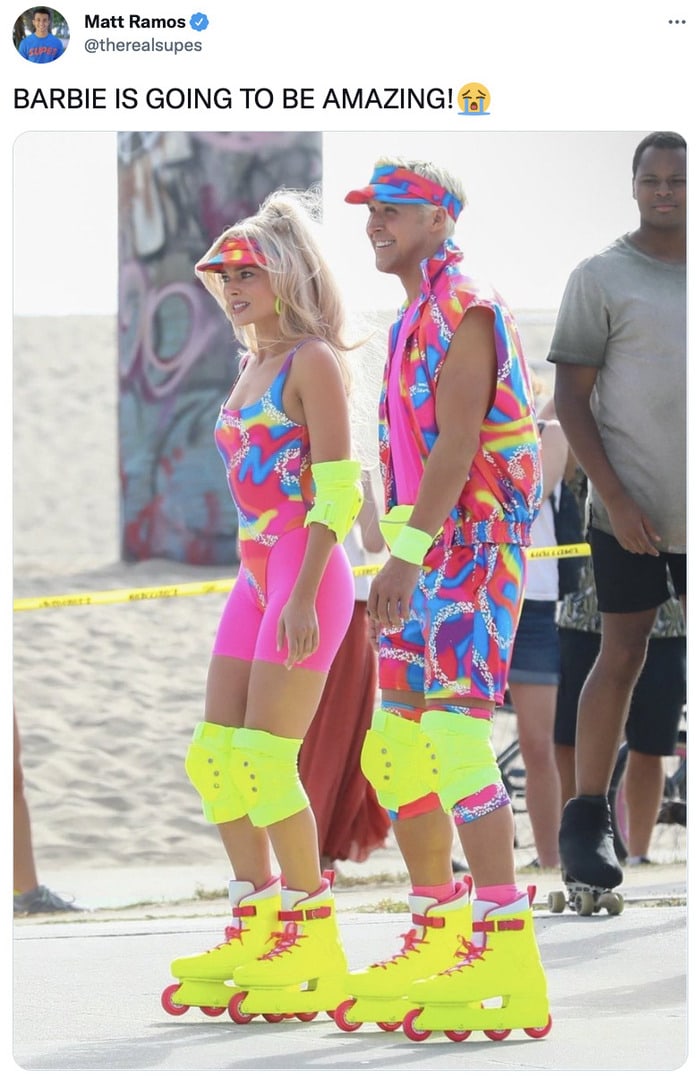 The way she ate that omg #Barbie pic.twitter.com/c7m0tGm8EW

4. Okay, but are her feet always stuck in the same position?

5. Anyone else feel tingly on the inside?

Officially starting my Best Costume Design Oscar campaign for whomever is responsible for this BRILLIANCE in the Barbie movie. pic.twitter.com/tIXT7pUWpn

7. Guilty, and not even remotely ashamed.

8. Buddy the Elf?! What are you doing wearing pink??

9. We’re gonna need a pair of those rollerblades like, yesterday. 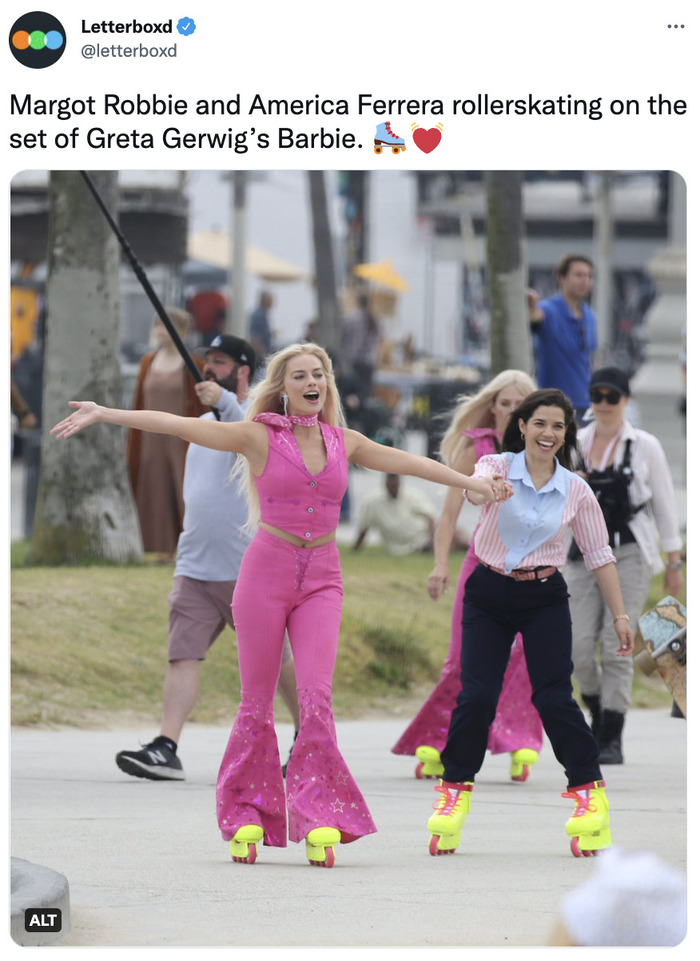 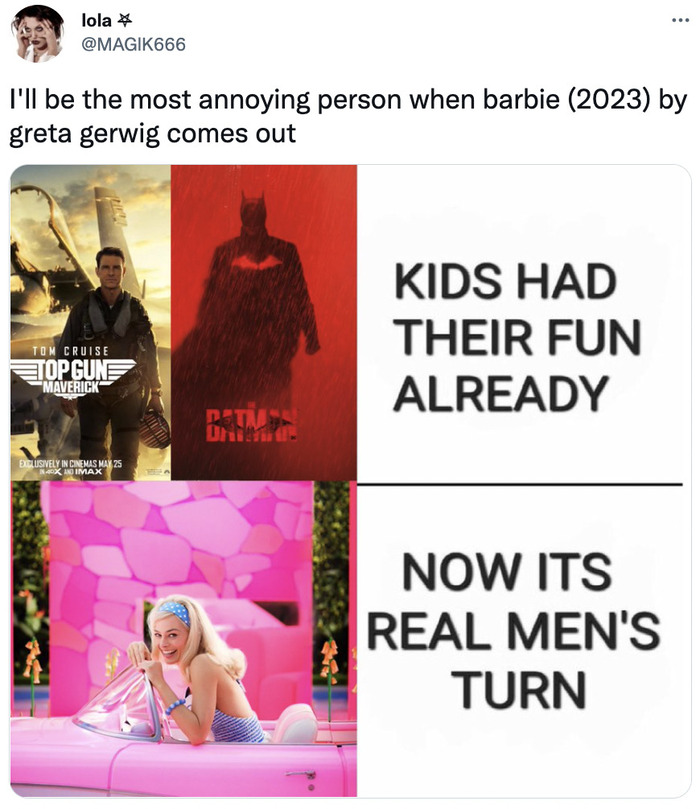 12. Please don’t take away the one thing bringing us joy?

13. And we’re like a cake that’s still liquid on the inside: not done. 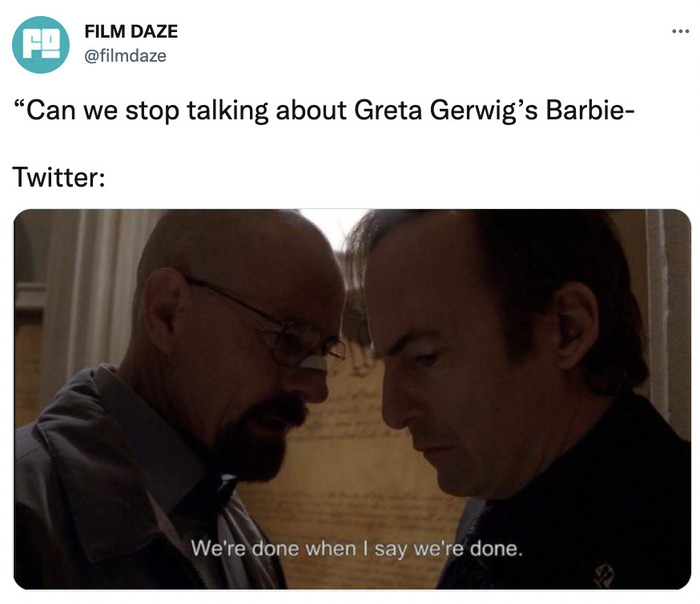 14. Hey Big Lebowski, get ready to fight for that cult classic crown.

15. Barbie, but make it angsty with a hint of vampire. 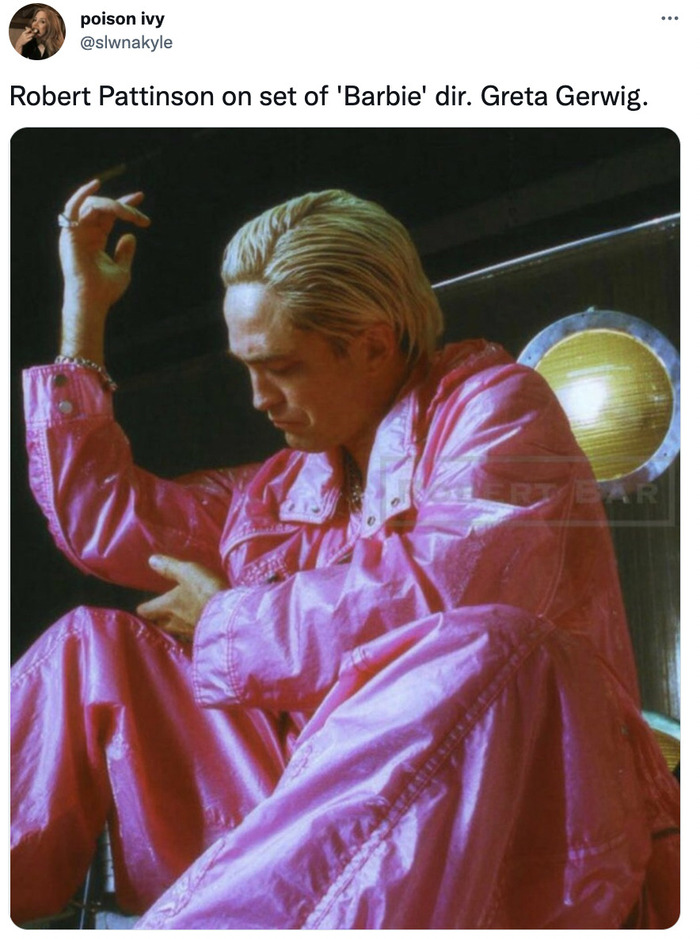 pete wentz on the set of barbie pic.twitter.com/lEc4DQS4Qx 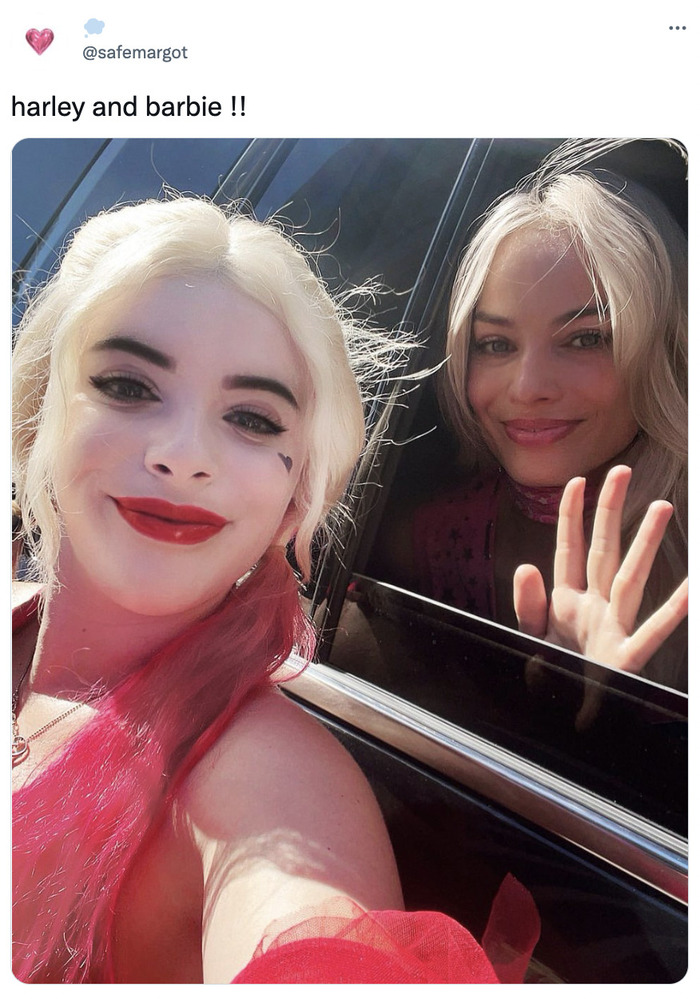 18. Megan Fox and MGK understood the assignment. We’re not sure which one, exactly. But it was understood. 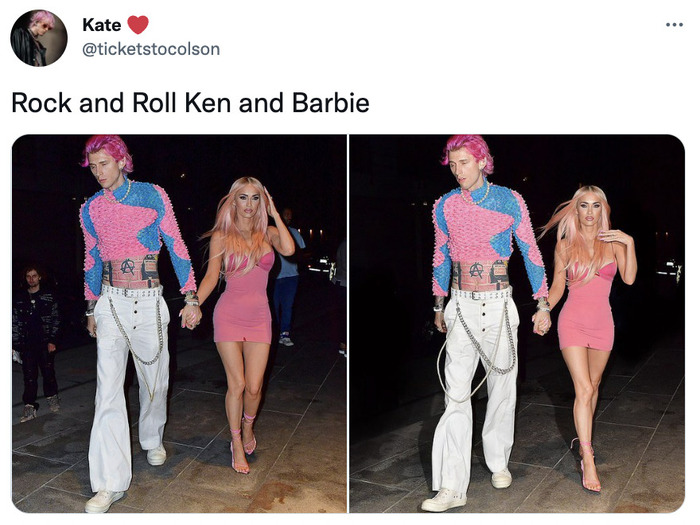 19. Sometimes growing up really is great. 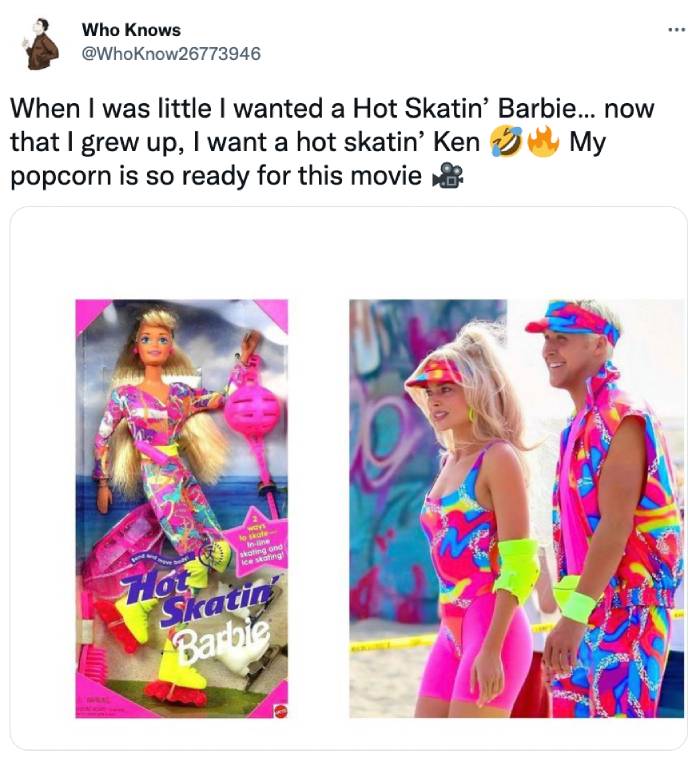 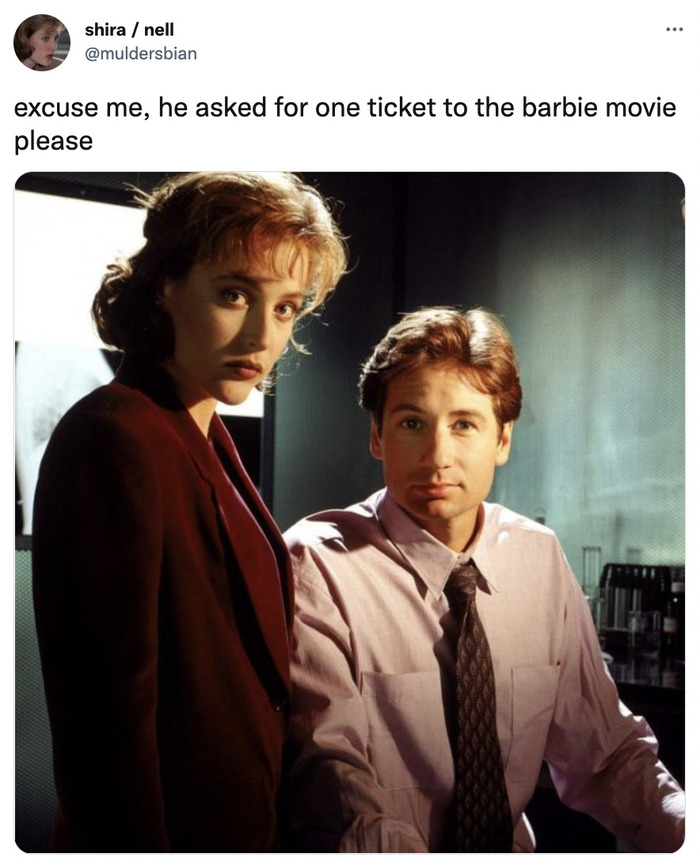 Latest posts by Hannah Rex (see all)
As an Amazon Associate we earn from qualifying purchases. This post may contain affiliate links from Amazon and other sites that we collect a share of sales from.
34 shares