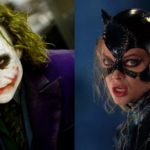 Batman, Gotham City’s finest detective, is known for his battles against some of the scariest, weirdest, and most interestingly dressed villains in comic book history. Batman villains run the gamut from camp to nightmare fuel. But the real question is, who is the best and who barely deserves “supervillain” status?

In an attempt to delay a much needed call to our dentist, we ranked all the Batman villains from best to worst. And since Bruce Wayne has brawled with literally hundreds of villains across the decades, we’re sticking to those who have appeared on the big screen so far. 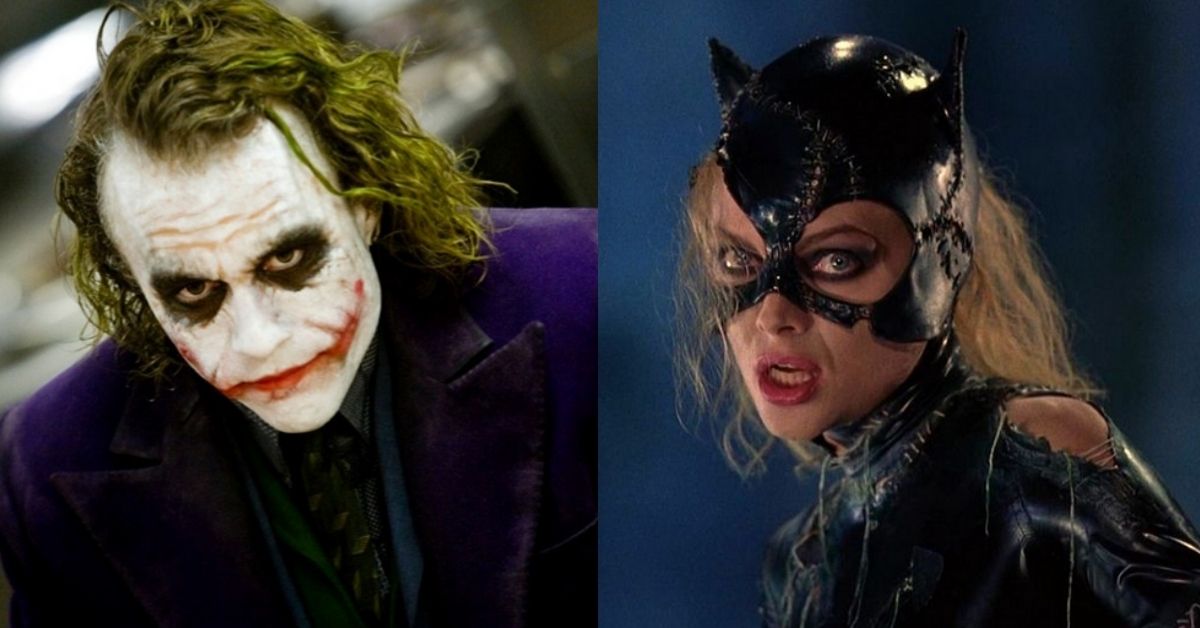 There’s a reason we keep getting new Jokers every few years or so. The clown prince of crime – when done well (not you, Jared Leto) – is just that terrifying. Sometimes, the Joker is a creature of anarchy, while other times he’s a charismatic leader of thugs. Unfortunately, he’s never a space cowboy who responds to the name Maurice.

For Batman: Dark Knight, Heath Ledger transformed into a figure of pure chaos able to prey upon people’s worst instincts. This Joker didn’t need a sad backstory or even a detailed motivation for why he was the way he was: Ledger’s Joker just wanted to watch the world burn and ruin lives in the process.

And it worked: any blonde who’s spent too much time in a heavily chlorinated pool can’t watch his performance without getting soul-crushing flashbacks.

In Batman Returns, Michelle Pfeiffer’s Catwoman is manic, tormented, and unreasonably hot. She’s the sort of crazy cat lady we all aspire to be, with top-class whipping abilities, an outfit that inspired countless Internet fantasies, and the kind of allure that makes even Bruce Wayne stop in his tracks. All the better for sinking her claws into you, my dear. No…not the couch again!!

We find it more than a bit problematic that in Nolan’s Batman Begins, Ra’s al Ghul, the leader of a secret martial arts organization in the Himalayas, is a white dude. Still, Ra’s al Ghul is an almighty threat to both Batman and the world at large. Why blow up a city when you can let it rot via decades of economic depression? Wait, this is supposed to be fiction, right?

A guy who wears a burlap sack on his head probably shouldn’t rank this high on a list of villains. But, such is the power of Scarecrow, a psychologist who isn’t big on obeying the Hippocratic oath.

In Batman Begins, Dr. Jonathan Crane (Cillian Murphy) has no qualms about experimenting on the mentally ill and flooding the city with hallucinogenic toxins that inspire pant-wetting visions of horror.

Scarecrow also pops up in the Christopher Nolan’s other Batman movies to remind us that he’s still in Gotham. Just because you’re not the main villain anymore doesn’t mean you get to slack on your duties. It’s your turn to take out the trash.

Aaron Eckhart’s Harvey Dent in The Dark Knight is a sublime creation. He’s the ultimate hero who turns evil in the midst of unbearable tragedy – ruining the nicest suit that his government employee salary could buy.

Watching the golden boy district attorney unleash his villainous side once his face is burned beyond recognition is so heartbreaking that it basically sends Batman into early retirement. If it weren’t for that gold watch!

There’s something very special about the occasionally indecipherable glory of Tom Hardy’s Bane in The Dark Knight Rises. Sure, he may have ended up being a mere goon, but he physically messes up Bruce Wayne arguably more than any Batman villain before him. It almost doesn’t matter that he sounds like Sean Connery doing a Russian accent from the bottom of a well.

Anne Hathaway wasn’t a bad Catwoman. She just had the problem of being saddled with a terrible movie. Hathaway slinks through the film like the femme fatale in a 1940s noir, preposterous spiked heels and all.

Her Selina Kyle is all about eating the rich until she ends up shacking up with Batman, despite having less chemistry with Christian Bale than we have with our pet rock.

Sure, Jack Nicholson’s Joker is mostly a more charismatic version of Jack Torrance with an aggressive makeover and lots of caffeine. But, his villainous plan involves evil makeup, and we can’t be too mad at a Joker who makes his entrance with the help of Prince. And a flair for the Miami Dolphins for good measure.

In the comics, the Penguin, a.k.a. Oswald Cobblepot, is just a gangster. In Tim Burton’s world, he’s got flipper hands, a bird-shaped body, and was raised in the sewers of Gotham City by penguins. As we all were.

Danny DeVito has a ball as the Penguin in Batman Returns, a tragic figure who would be better suited to a Dario Argento film than a Batman one. But hey, we’ve seen worse crossover ideas. Looking at you, That’s So Suite Life of Hannah Montana.

Riddle me this: what happens when you turn one of the great tricksters of Gotham into a Jim Carrey character? You get a lot of grinning faces, groin thrusting, and capital-A Acting.

Throughout the camp fest that is Batman Forever, Carrey wears glittery bodysuits covered in question marks and is about as threatening as, well…Jim Carrey in everything else. The difference here is that his evil plan is actually pretty solid: to warp people’s minds through the power of television. Nowadays, he would be a particularly effective CEO in Succession. Probably with more muted fashion sense.

The first movie version of Harvey Dent is played by Tommy Lee Jones in Batman Forever. He’s stylish, if clashing prints and maniacal cackling are what you’re looking for in a man.

Bonus points if you are also hoping for a guy who does all his evil plotting from a lair decorated to match his two personalities, complete with sexy minions played by Drew Barrymore and Debi Mazar. Ok, there’s definitely a plot for an adult film here.

Alas, this Two-Face was too consumed by his decor to focus on, you know, being a good villain. You know you’re not at the top of your game when you have to rely on the Riddler to help you with defeating the Bat.

In the comics and many other adaptations, Poison Ivy is an ardent ecofascist with sensual wiles and a disdain for humanity’s destruction of nature. She’s primed for a truly brilliant big-screen comeback, especially since the only version we have of her in a major movie is in Batman and Robin.

In the film, Uma Thurman minces around in unflattering body stockings and her character has little connection to her environmental cause. Think Greta Thurnberg wants to dive into directing Blockbuster films?

How do you screw up one of the scariest villains in Gotham? You stick him in Batman and Robin and turn him into a Venice Beach muscle man with a leather daddy aesthetic and skin the color of pea soup.

This Bane is just a numbskull. A brainless goon who talks like a caveman, but with less personality. Poison Ivy mostly seems to keep him around to break open doors. Not a terrible skill to have, but the Kool-Aid man would have worked, too.

Poor Mr. Freeze. In Batman: The Animated Series, he’s a near-Shakespearean figure of tragic love, a mourning husband who turns to the dark side to cure the woman he loves of a terminal disease. And all we can get is a half-eaten burger from our partner who ran out to get dinner two hours ago.

In Batman and Robin, he’s Arnold Schwarzenegger buried under layers of sparkly silver make-up that wouldn’t have looked out of place in a performance of Frozen on Ice. It’s hard to feel truly threatened by a guy screaming “Ice to see you” and “Always winterize your pipes.” Even if he is wielding a snow-gun.

Where do we even begin? If Florida Man was a clown, he’d be Jared Leto’s Joker. If the Juggalos decided to get into a life of organized crime, this is what would happen. It’s important that he has ‘Damaged’ tattooed on his forehead because however else would we know? And then there’s that bloody laugh where he sounds like your granddad midway through a hernia flare up. Just, no.

Latest posts by Kayleigh Donaldson (see all)
As an Amazon Associate we earn from qualifying purchases. This post may contain affiliate links from Amazon and other sites that we collect a share of sales from.
33 shares