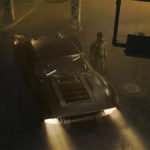 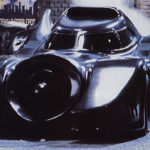 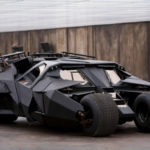 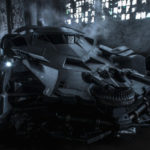 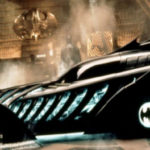 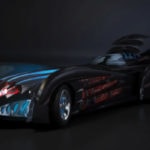 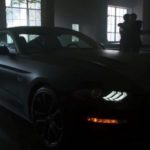 What a time to be a nerd! With the release of the newest installation in the Bat saga, The Batman starring Robert Pattinson, comes the introduction of a brand new Batmobile.

The first Batmobile was a red convertible that debuted in 1941 in Detective Comics #48. It was based on the Cord 812, America’s first front-wheel drive car with independent front suspension. It was speedy, but lacked gadgets or much bat-themed design, except for its hood ornament.

By the time we meet the beloved 1966 Batmobile, the design has undergone a number of modifications. There’s a lot more gadgets, more bat paraphernalia, and of course, it’s mostly black.

The Batmobile has to reflect the Batman, and so, the newest, matte black James Chinlund-designed version is built on a 1969 Dodge Charger base and was prtially inspired by Stephen King’s Christine. As Chinlund told GQ, “The purpose of the car, for me, was to be like a creature in a horror film. It’s meant to intimidate.”

Over the decades, the design style of Batman’s car has changed dramatically from souped up Corvette to armored tank. But, if there’s one thing that nerds love more than anything, it’s talking about how the newest version of a beloved icon stacks up against all those that came before it.

In that time-honored tradition, from the 1960s sleek classic to the Millennial-age tanks, we’re ranking the top Batmobiles.

Batmobiles Ranked From Worst to Best

This is a nice car. It’s a really nice car. It’s a custom, matte black, bullet-proof Mustang. But with no gadgets and no Bat-ification, we wonder how Alfred let this one out of the Batcave.

We envision Batman picking Robin up at school, calling it the Batmobile, and Robin dying of embarrassment. Do you have to call it that in front of my friends, Bat-dad?! Yes we know Robin isn’t his son. Don’t at us.

Like the Gotham Batmobile, Batwoman’s car is mostly just a souped-up black matte Corvette C7. But it does have a little Bat-flair added to it, plus red highlights and a red underglow. These not only match Batwoman’s colors, but recall Adam West’s 1966 Batmobile.

In terms of gadgets, there’s a slew of launchers (it can send missiles, bolas, and grenades flying through the air), it has spiked tires for off-roading, and can self-destruct when needed. Like when she can’t find a parking spot.

It gets style points, but ultimately, it’s a little too Hot Wheels to be our favorite. Plus, ours didn’t even come with a Criss-Cross racing track.

The 30-foot-long Batmobile isn’t the cringiest thing in the movie. Barbara Ling, the film’s production designer, says it was based on the Jaguar D Type and Delahaye 165 and was open air to reflect the comic version.

But with ostentatious bat wing fins, garish red, yellow, orange, and blue lighting and few gadgets, it’s a car that mostly screams “made to be the hottest Christmas toy this year.” Too bad the Tamagotchi stole its thunder.

This was the hottest Christmas toy when Batman Forever came out in 1995. We remember specifically, because siblings everywhere cowered from the “long-range missile.”

The design is actually pretty cool (this was Ling’s first Batmobile, and we would argue, her better one). The two-seater car could move sideways and had a skeletal look almost reminiscent of HR Giger. Add onto that an imposing silhouette, grappling cables, and the fact that it could climb walls, and you’ve got a pretty menacing looking vehicle. Take that, Spider-Man.

While it lacks the streamlined, sleek lines (and wings) of other Batmobiles, it has a story-driven design inspired by the Frank Miller’s Riot Tank.

Barris used the Lincoln Futura as the base. He painted it black and red, modified the front to look like a bat face and added all the Bat-gadgets we’ve come to love. These include the Batphone, Bat-ram, Batzooka, and Emergency Bat-Turn Lever, which helps the Batmobile turn 180°. Just what you need when you miss your exit.

Remembering Adam West​, who taught us what it means to be a superhero. pic.twitter.com/prVHVCYCUB

The Tumbler first appeared in Batman Begins. Like a lot of Batman’s gadgets in Christopher Nolan’s trilogy, it was much more grounded in reality. Production designers merged a Humvee and Lamborghini to create what is, essentially, an armored tank. It’s got a rocket launcher, two forward-firing machine guns, and can release exploding mines.

In addition to being able to take a lot more damage than the average Batmobile, it comes with the Batpod, a motorcycle which detaches from the car. This would really come in handy for awkward or irritating road trips when your car mate decided to play ABBA nonstop for 3 hours straight.

The Batmobile had several iterations across the video games Arkham Asylum, Arkham City, and Arkham Knight.

Frankly, the creative design of the Batmobile across all of the Arkham games doesn’t stand out. But they’re also the only ones most of us can drive and operate since they’re fully functional within the game. Until we drop into any of the other Batmobiles, the Arkham cars have earned their way into a coveted top 3 spot.

The Batmobile of the 1989 Batman, along with the slightly more stylized version in Batman Returns, remains a fan favorite. It’s a 20-ft long streamlined Chevy Impala body with muscle car and jet engine insides.

It also released smoke, oil, and could slide through narrow openings — though just once as it destroyed the car — if Batman deployed Bat missile mode. Guess we should have listened when he said not to press that button.

In comparison with the ostentatious vehicles that followed it, it’s a more understated and aesthetic-driven build, reminiscent of a race car. The only drawback was it must’ve been a real pain to find parking. No wonder he needed a whole cave to store it.

For every Millennial nerd out there, this is the Batmobile of our hearts. We see it driving in the title sequence in our dreams. It worries our therapists. The early 90s Batman: The Animated Series, or TAS, was a surprisingly short-lived cartoon for how iconic it has become, and its Batmobile is no exception.

The design was inspired by the 1989 version, except it was much much longer. (Apparently parking wasn’t a problem.) It also had more gadgets than any other Batmobile because you know, animation. It had everything from ejection seats and tear gas dispensers to a missile rack and a shield mode that prevented people from messing with it when the Bat wasn’t around.

Latest posts by Marissa Rousseau (see all)
As an Amazon Associate we earn from qualifying purchases. This post may contain affiliate links from Amazon and other sites that we collect a share of sales from.
70 shares