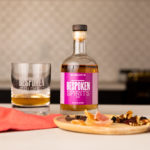 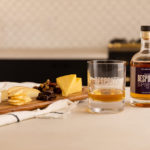 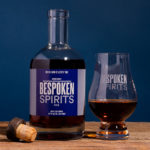 What do you get when you cross a tech bro and a distillery? A wild night of drunken hacking? Yes, but we’ll leave that story to another time. Right now, we’re talking about Bespoken Spirits, a Silicon Valley startup that’s changing how top-shelf spirits are made and how long it takes to make them.

Most whiskeys are aged in barrels for years before they are ready to drink. Bespoken Spirits uses machine-based learning to accelerate the whiskey aging process to create whiskeys that are ready in a matter of days. (Whiskey, unlike the rest of us, actually wants to age faster.)

All the better to add to our apple cider bourbon mules.

How Does Bespoken Spirits Create an Aged Whiskey in Days?

The founders, materials scientist Martin Janousek and Cypress Semiconductor founder and entrepreneur Stu Aaron started the company under the premise “that a spirit’s color, aroma, and, most importantly, taste, could be designed, engineered, and precisely controlled with modern science, technology, and data.” And, there’s nothing we love more when it comes to mouthfeel than data.

Bespoken Spirits still uses the wood and the char traditionally used to distill a top-shelf whiskey, but is able to control the process more closely to customize the flavors, smell, and color, thus minimizing the guesswork.

They liken the process to running a “Nespresso machine on an industrial scale.” Ok, but have you guys seen our kitchen in the morning?

Bespoken Spirits aren’t the only brand out there creating whiskey at speed — so do LA-based Lost Spirits. But, they say that their proprietary process is natural and more sustainable (it uses just 3% of the wood that normal aging does), which means you can classify drinking under “creating environmental change.”

Their non-traditional process ruffled the feathers of the Scotch Whiskey Association of the UK and EU who require a spirit to be aged for at least three years. But, America’s America, so they got to compete here.

The small Menlo Park distillery doesn’t have much of a footprint around the country just yet, but that’s about to change thanks to an infusion of $2.6 million in cash from American scientist T.J. Rogers and moderately-famous baseball player Derek Jeter.

If you want to try it yourself, it’s currently available at some Total Wine locations and other places in Northern California for about $35 a bottle.

Latest posts by Katie Schindelheim (see all)
As an Amazon Associate we earn from qualifying purchases. This post may contain affiliate links from Amazon and other sites that we collect a share of sales from.
37 shares