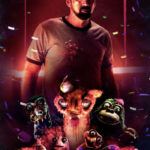 2021 is winding down, and boy, did this year offer plenty of scares. In the movie theater, the real world, and possibly the hair salon. But the upside is that movie theaters finally started reopening, allowing us to experience some of the best horror movies of 2021 in all their gory glory.

From zombies and werewolves to a forest with a terrifying secret (no, not the Coke recipe, though we were hoping for that too), filmmakers created a little something for every type of scare.

You prefer psychological thrillers? Great. Into the paranormal? Perfect. Love some blood and gore? As long as you’re not related to Patrick Bateman, then we love that journey for you! 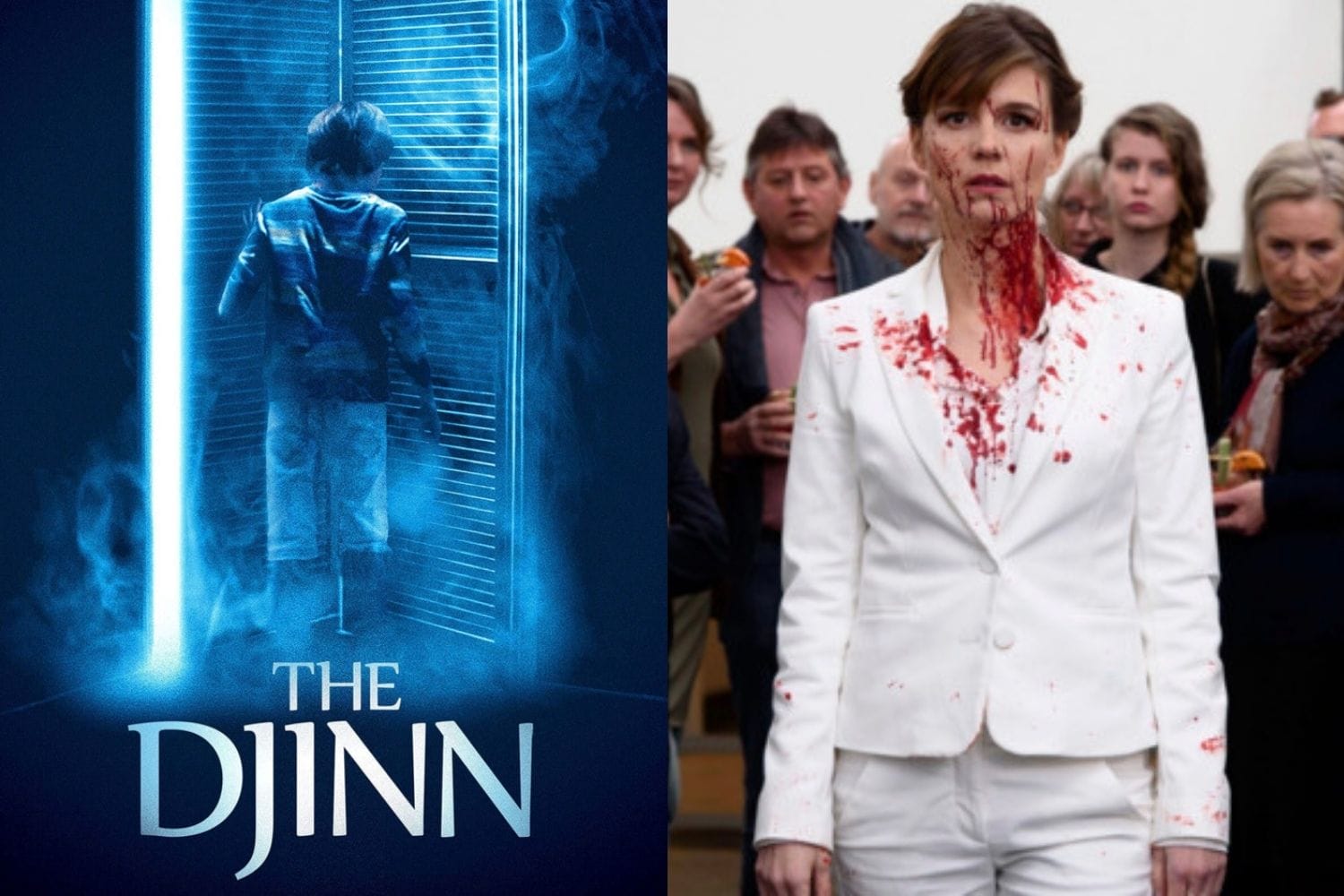 This Halloween, give yourself a scare with the best and newest horror movies on the block.  But maybe don’t go walking around said block alone at night. You never know what’s out there.

Who doesn’t love a good zombie apocalypse? Well…probably not this gang of mercenaries in Army of the Dead who break into a zombie quarantine zone to rob a Las Vegas casino of $200 million. And Danny Ocean thought he had it bad!

If you were terrified of Chuck E. Cheese growing up, then this movie will really get you. In Willy’s Wonderland, a  group of robotic restaurant mascots come to life and hunt down a janitor and some teenagers who are trapped inside the building.

The janitor is played by Nicolas Cage. Hopefully he remembered something from Ghost Rider.

3. The Conjuring: The Devil Made Me Do It

Return to the Conjuring universe with the third installment: The Conjuring: The Devil Made Me Do It. It follows a young man who invites a demon into his body during an exorcism of his girlfriend’s little brother. This is what happens when you skip ahead in the instruction manual.

It took almost 30 years, but we finally got a direct sequel to the 1992 Candyman film. The plot follows visual artist Anthony McCoy (Yahya Abdul-Mateen II) who goes in search of inspiration and learns about the urban legend of Candyman – a wronged spirit who kills his summoner. Look into mirrors at your own risk after seeing this movie. And not just because you’re on day five of dry shampoo.

With horror films, nothing is ever as innocent as it first seems. Malignant involves the dreams of a woman and memories of her imaginary childhood friend. This could be the Pixar movie that teaches you to never give up on your youthful passions. Or, as in this case, it involves brutal murders and other terror-inducing acts. In other words, Toy Story 5.

File In the Earth, which takes place after a deadly virus ravages the world, under “Possibly Too Soon.” It follows a pair of scientists trying to increase crop efficiency when they go into an eerie forest and become victims in disturbing ancient rituals. Does it involve sourdough bread? Watch to find out!

It just wouldn’t be a horror movie list without at least one werewolf movie. In 2021, that means Werewolves Within, a low-budget horror-comedy film based on the game. This murder mystery follows members of a small town who must uncover the true identity of a werewolf as it hunts them all down.

Does anyone have a sudden urge to play Mafia?

The Columnist is about depressed newspaper columnist Femke Boot who discovers that killing her online trolls is the perfect antidepressant to lift her out of her funk. Who said print was dead?

Gaia offers a very different kind of movie “monster” — a rapid-growing fungus that infects ordinary humans traveling through a forest. To make matters worse, the forest is full of nightmarish creatures with their own weird connection to the fungus. And we thought bears were the scariest part of camping!

The Amusement Park was made back in the 1970s by George Romero and it was believed lost until it was found and restored in the 21st century.

The film was commissioned by the Lutheran Service Society of Western Pennsylvania as an educational film about elder abuse and it follows an elderly man who goes to an amusement park designed to torture senior citizens. They sure don’t make public service videos like they used to!

Way before he launched his famous Goosebumps book series, R.L. Stine got famous by writing the Fear Street teen novel slasher series. The first one that’s been turned into a movie is Fear Street Part One: 1994. It follows a bunch of teenagers who are being targeted by an ancient evil that’s been murdering people for centuries. As if Kurt Cobain’s death wasn’t enough!

In Censor, Enid Baines (Niamh Algar) is a mentally unhinged woman responsible for viewing and recommending edits to violent films. When one film reminds her of the circumstances behind her sister’s mysterious disappearance, Enid becomes obsessed with tracking down the filmmakers and “saving” an actress she believes is her sister. Do you want to talk to her about work/life balance, or should we?

If there’s one thing horror movies have taught us, it’s to be very careful about what you wish for. Sadly, that’s a lesson mute child Dylan Jacobs (Ezra Dewey) didn’t learn in The Djinn.

Dylan makes a wish to speak and ends up trapped in his apartment with a monstrous djinn who is not like the genie from Aladdin. For one, blue was never really his color, and he’s also terrified of flying carpets.

Megan Fox plays Emma, a young wife trying to salvage her marriage by spending her anniversary at a secluded lake house with her husband Mark. But he has other plans. Fortunately, that doesn’t mean Monopoly.

Unfortunately, Mark kills himself and tries to frame Emma for it. For extra fun, he also invited her new lover and her old stalker to the lake house, which results in a terrifying game of cat and mouse. Again, not the game night she would have prefered.

The Night House stars Rebecca Hall as Beth, a recently widowed woman whose husband Owen shot himself near their lake house. We guess Mark must not have liked the reviews for this one.

While investigating the circumstances of his death, Beth discovers that Owen engaged in a lot of unsavory activities for a very sinister purpose. And we’re not talking about a lack of seasoning when cooking chicken. However horrifying that is.

Anne (Barbara Crampton) gains a new sense of empowerment when she meets “The Master” (Bonnie Aarons) who turns her into a sexually liberated vampire. Unfortunately, her controlling husband Jakob promptly decides that he needs to become a vampire hunter. Time for couples counseling?

During a power outage at the East London Royal Infirmary, a young nurse named Val (Rose Williams) finds herself haunted by a supernatural presence. We didn’t know they could function without WiFi, but ok.

In The Power, it’s not just demonic entities that Val needs to contend with. Her own traumatic past continues to haunt her, too. Like, you know, the rest of us.

A Quiet Place Part II continues following the Abbott family as they evade blind alien monsters with hypersensitive hearing. But the Abbotts now have a weapon against their enemies. Will they survive long enough to use it? And more importantly, when do we get to see John Krasinski?

Surprisingly, Norman ends up becoming something of an anti-hero, protecting his young daughter Phoenix (Madelyn Grace) from a group of people with a disturbing connection to her. Sure, they really love the Diamondbacks…but that’s not the worst part of it.

Latest posts by Michael Jung (see all)
As an Amazon Associate we earn from qualifying purchases. This post may contain affiliate links from Amazon and other sites that we collect a share of sales from.
4 shares