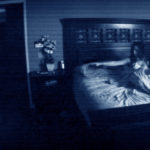 The spooky season is upon us, which means it’s the perfect time to curl up on the couch with your favorite pumpkin spice beverage and watch a few scary movies.

There are so many to choose from too, from classic fright-fests and splatter gore to the kinds of traumatic nightmare fuel that leaves you unable to sleep for days. Hear that, insomnia? You have some competition!

So what should you watch this Halloween? Here are our picks for underrated Halloween movies as well as a few that we think could be put back into the coffin. 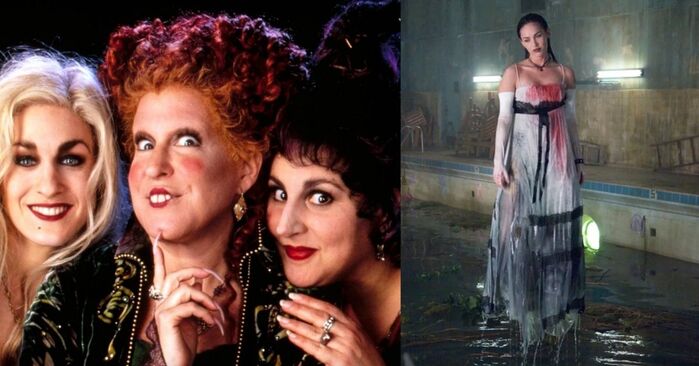 The Most Overrated and Underrated Halloween Movies to Watch This Year

The stop-motion wizards at Laika Animation have been making gorgeous spooky movies like Coraline for years. ParaNorman is the story of an ostracized kid who can see ghosts and is great for horror fans of all ages. If you never grew out of your Tim Burton phase, you won’t want to miss this one.

In 2004, James Wan became the horror director to watch with Saw, a tricksy splatter film that spawned a long-running franchise. The hook was simple: victims are forced to compete in violent “games” where they must deal with excruciatingly painful situations to survive.

Cue a barrage of skin slicing, bone breaking, limb removal, and twisting of the body in ways that nature never intended. What, no endless sets of burpees?

We get the appeal of classic gore, but Saw has long lost its punch and is mostly just tedious.

The 2014 Ouija was a critical bomb that nobody seemed especially excited to see a prequel for. Yet director Mike Flanagan pulled out all the stops to create that rarity in horror: a follow-up that’s miles better than the original.

Set in the late ’60s, Origin of Evil follows a phony medium who incorporates a Ouija board into her readings, only to unwittingly contact a spirit who possesses her youngest daughter. We’re starting to think that our mom’s set-up tactics are pretty harmless.

Flanagan’s become a horror favorite in recent years thanks to Doctor Sleep and The Haunting of Hill House, so check out this early effort to see how scary he’s been since the beginning.

Look, we know that Disney’s Hocus Pocus is a ‘90s favorite for so many people. Who doesn’t like campy witches and Bette Midler? You just can’t argue with nostalgia and its rose-tinted goggles. It’s ruthless in debate club.

But truthfully, Hocus Pocus isn’t very funny or scary, and it spends a lot of time focusing on the adolescent boy protagonist’s virginity. It’s not without its moments, but if you didn’t grow up with Hocus Pocus then you probably won’t get what all the fuss is about.

Written by Juno screenwriter Diablo Cody, Jennifer’s Body is a witty and ridiculously appealing take on the nightmare that is female adolescence. Combine the scathing wit of Heathers with the body count of Friday the 13th, plus a sly feminist commentary on the way that women’s bodies are exploited and disposed by awful men and you have this film.

If you watched the Saw movies and thought they just weren’t perversely torturous enough, then chances are your name is Eli Roth.

Hostel follows three American students who end up stuck in a Slovakian hostel and find themselves the prey for a group of businessmen looking to mutilate human victims with no consequences. So weird the Tripadvisor review never mentioned that.

The Invitation (also by Karyn Kusama) starts out pretty normal: A group of friends attend a dinner party full of awkward chatter and strains of past trauma. It’s all standard stuff until the hosts start to rhapsodize about a cult-like group they’ve joined called The Invitation, and they want their friends to join them on their journey. Have we see this plot in our DMs before?

This is a slow burn horror without any supernatural shocks or ultra-violent moments, but it’s no less terrifying.

It’s hard to overstate just how big a deal Paranormal Activity was when it premiered in 2007. That simple concept – a young couple films their bedroom while they sleep after they suspect that they’re being haunted – was instantly appealing to the masses.

For seasoned horror lovers, however, Paranormal Activity is derivative. Jump scares work now and then, but the movie is nothing but them. You know exactly where this film is going at every turn. And then there were neverending sequels. If you forgot about those, we apologize for the reminder.

We all know Halloween for its masked killer Michael Myers, but the third film in the series doesn’t feature him at all. Initially, the plan was to turn the series into an anthology with non-connected spooky stories. Even though audiences rejected that concept and demanded more Myers, that shouldn’t discourage you from watching this genuinely fascinating title.

The concept is thus: A sinister company prepares to sell Halloween masks to eager kids, but there’s a dangerous and witchy conspiracy afoot. It’s a dark, witty, satirical nod at America’s consumer culture.

The Ring is a pale imitation of the 1998 Japanese horror movie it’s based on. And, once you’ve seen Ringu, you can’t help but notice all of the ways that the American movie either directly rips off its source material or does its best scenes less well. It’s the classic, “copy my homework but make it different.” Different, in this case, being worse.

Latest posts by Kayleigh Donaldson (see all)
As an Amazon Associate we earn from qualifying purchases. This post may contain affiliate links from Amazon and other sites that we collect a share of sales from.
43 shares