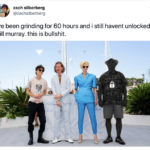 The Cannes Film Festival is in full swing, and if you didn’t know that, that may have changed if you dropped onto Twitter today to discover that Bill Murray was trending.

Murray is at the festival — along with Tilda Swinton, Wes Anderson, and Timothee Chalamet — to promote the upcoming Anderson film The French Dispatch. Presumably in which he only wears one watch at a time.

While they were there, a photographer snapped this album cover/group photo of the foursome that’s now going viral thanks to this tweet from musician and Wheaton professor Will Mason. 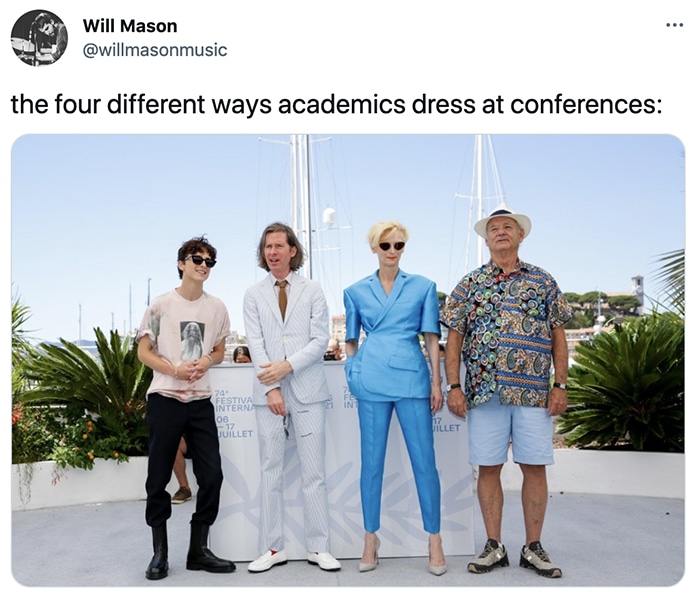 What’s not to love? Swinton’s stunning sky blue suit, Murray’s decision to wear not one but two watches and a $2000 shirt from Dan Flashes, and Anderson looking like he’s still getting instructions from offscreen? Here’s some of the best Twitter reactions so far.

Tweets About Bill Murray at Cannes 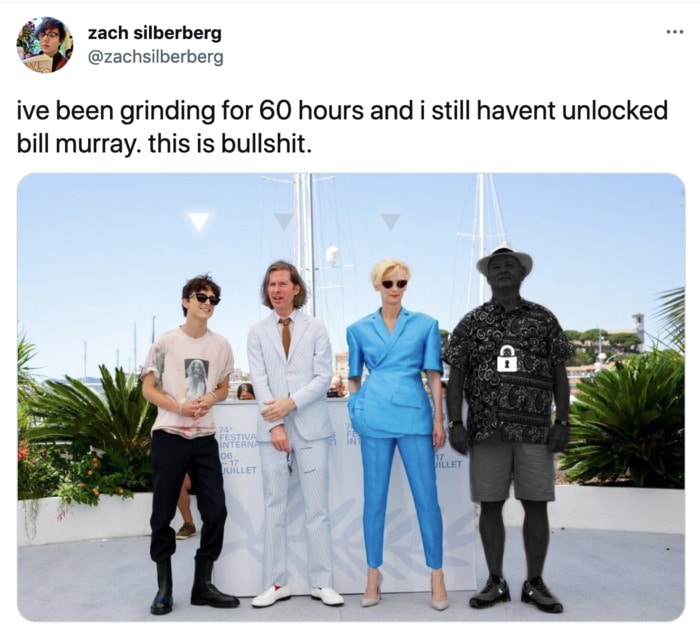 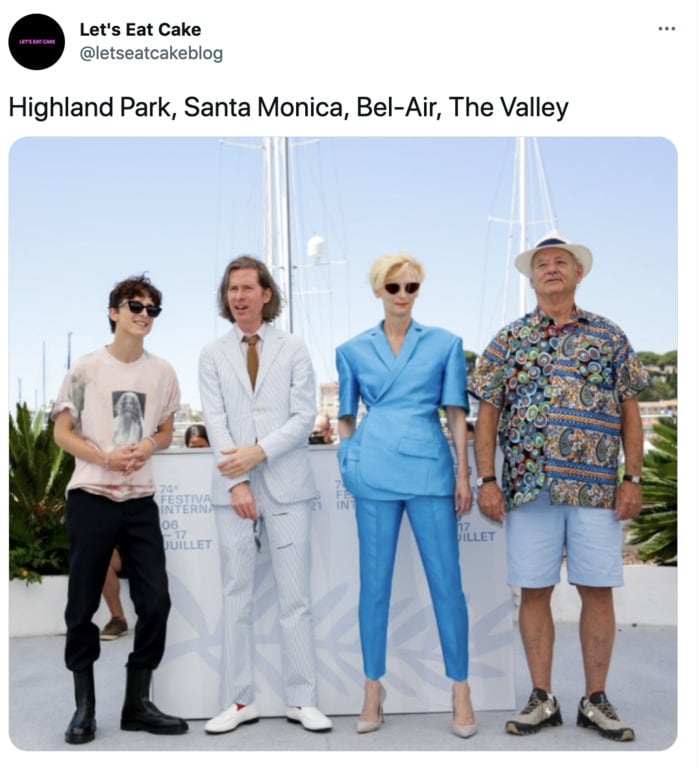 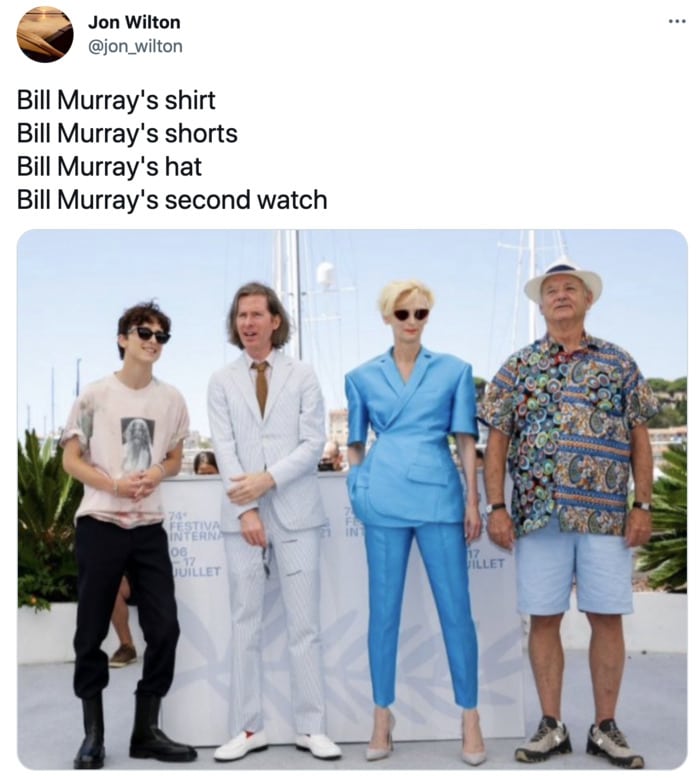 4. Excuse you, his name is Paisley. 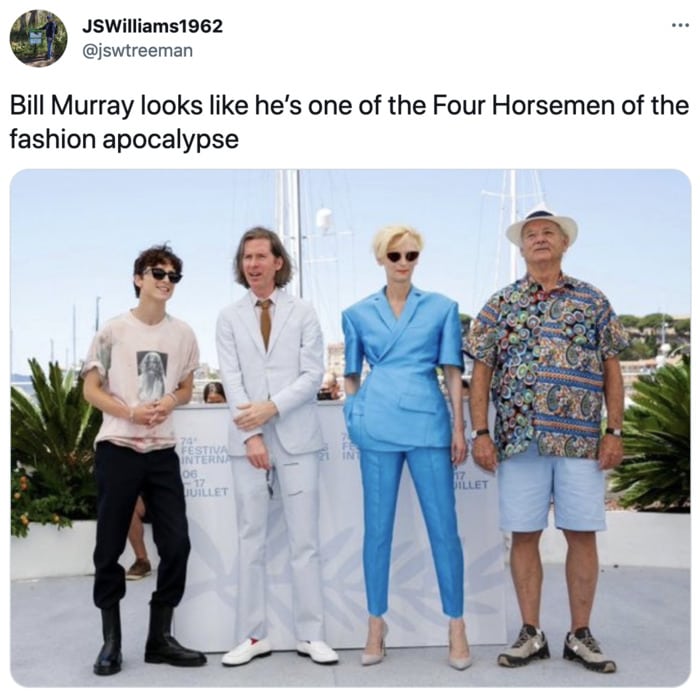 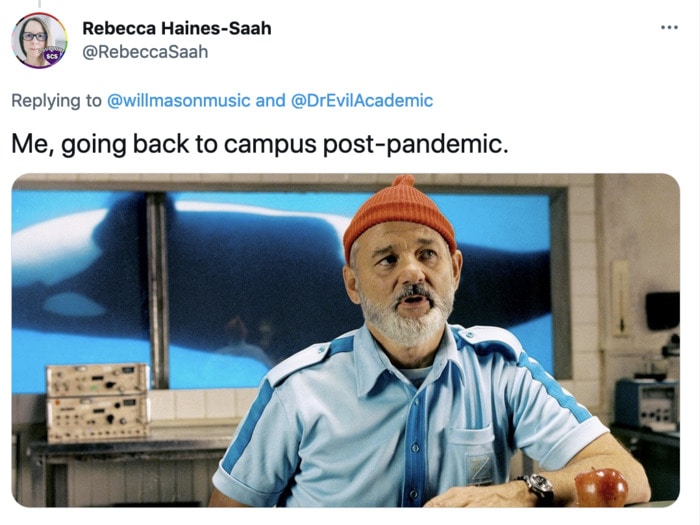 6. “The French Dispatch Preserved” is the Director’s Cut.

I would like this picture of Bill Murray wearing this outfit and two watches to the premiere of The French Dispatch preserved and put up at The Louvre next to the Mona Lisa. The balance of his outfit in contrast to Tilda Swinton’s sharp suit is HIGH ART. pic.twitter.com/90WudoGQPl 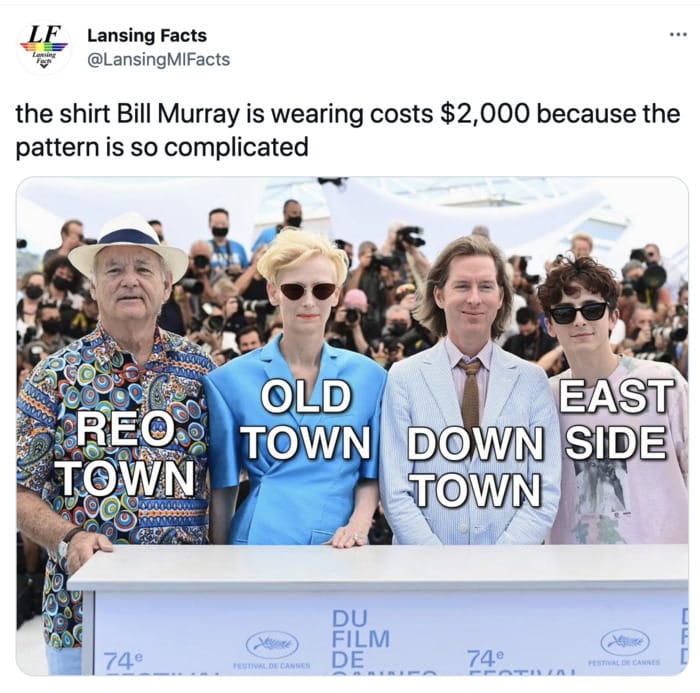 9. Swinton is chaos theory, but sure. 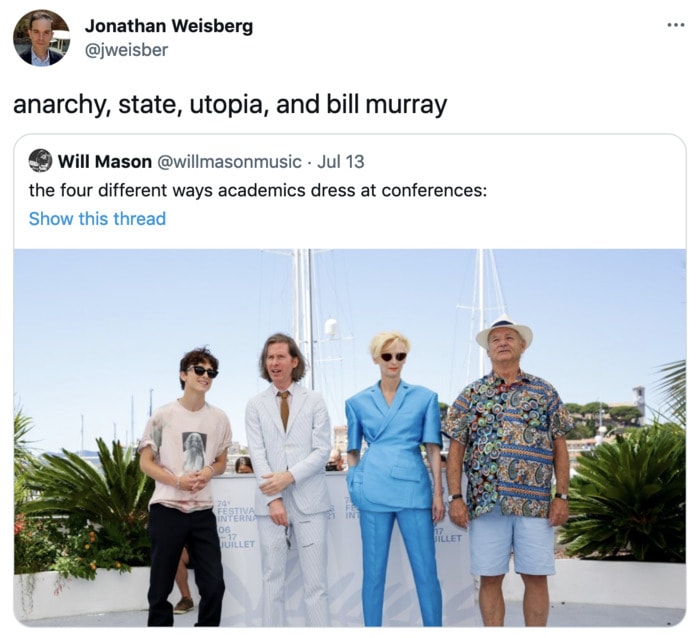 Pick all the squares with Bill Murray in it. pic.twitter.com/izL6wKu944 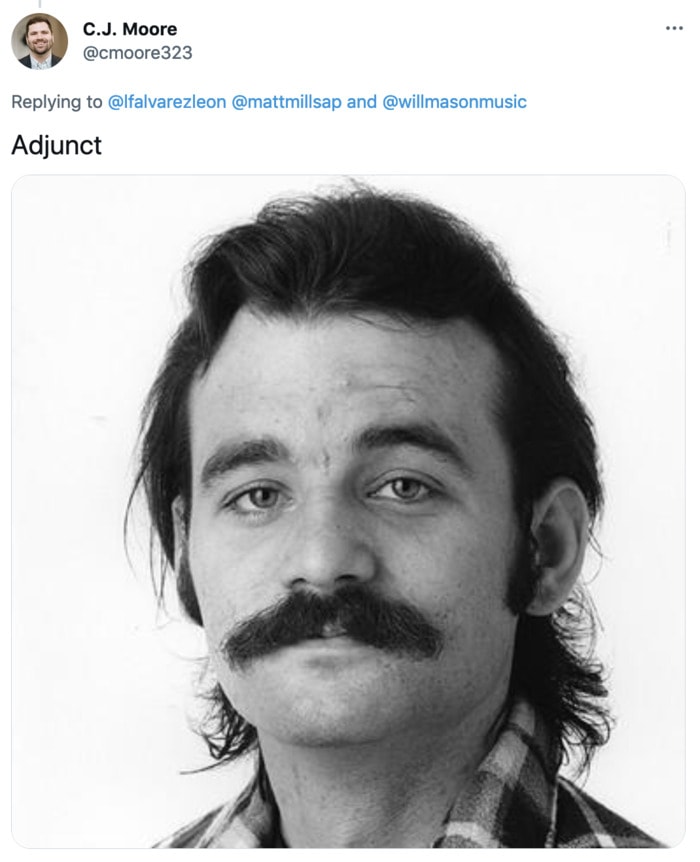 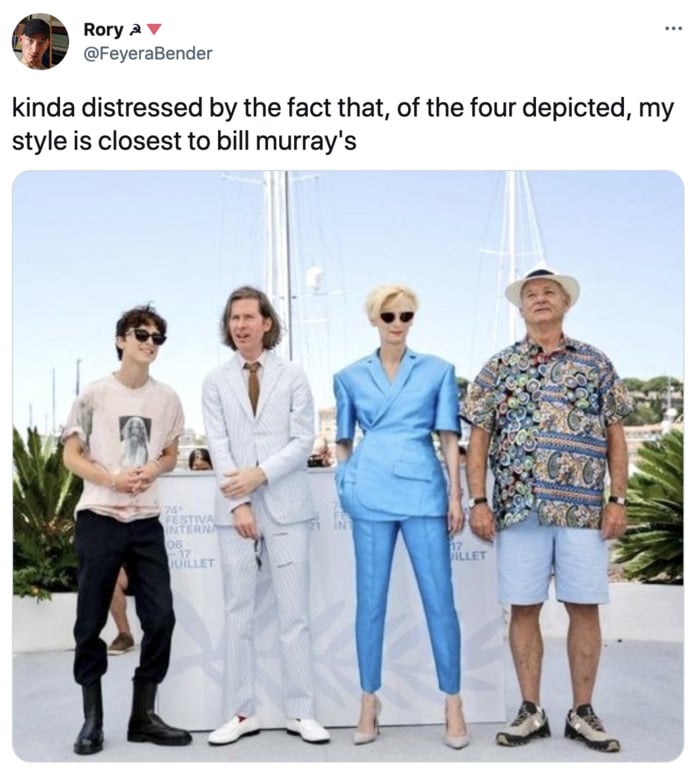 14. Oh no, you woke up the astrology people. 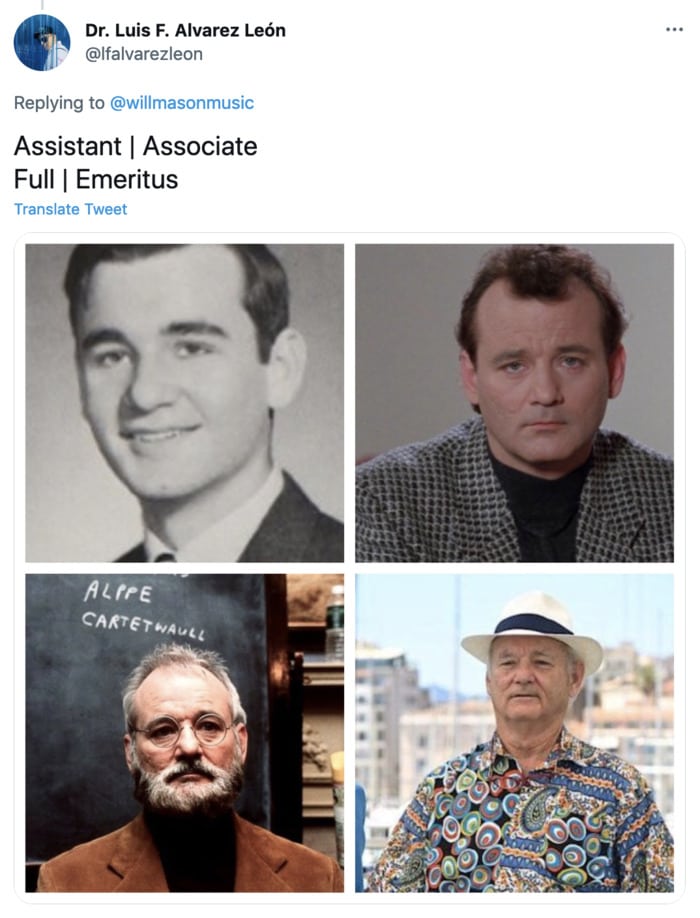 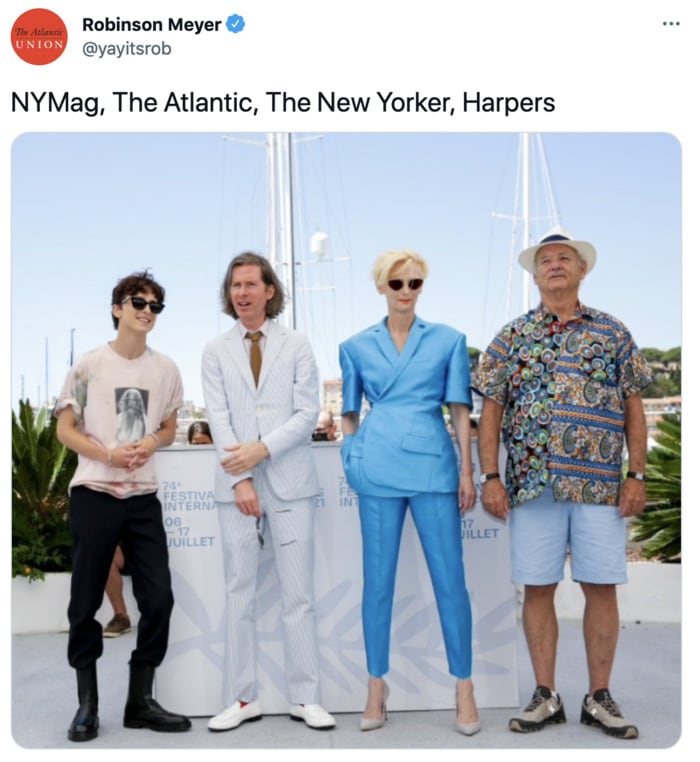 17. What goes on four feet in the morning, two feet at noon, and three feet in the evening? (Answer: Bill Murray) 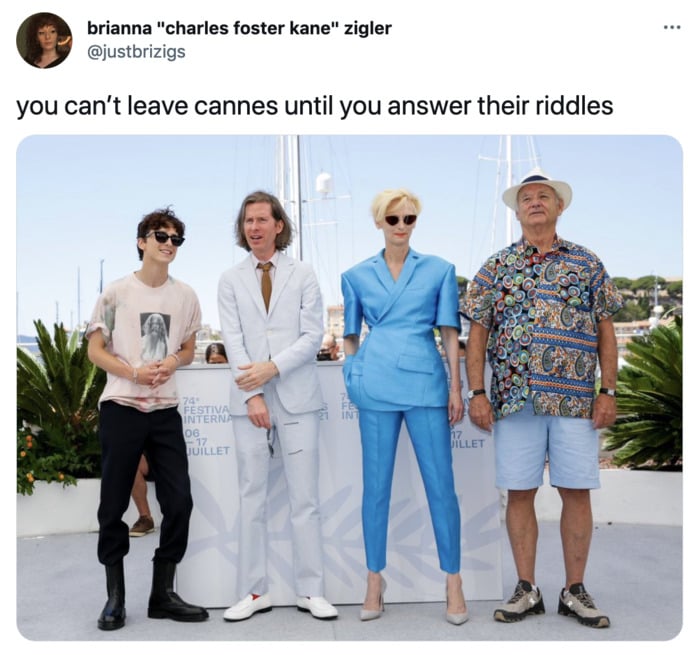 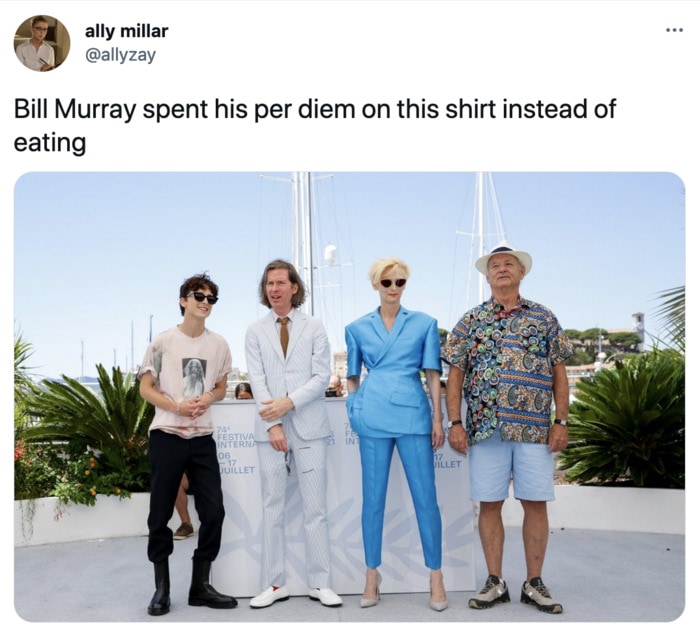 Due to the recent interest in #DanFlashes (thanks to Bill Murray), we've temporarily doubled our prices on all shirts at our flagship store (at The Shops At The Creek). #VeryAggressive #VeryGreedy pic.twitter.com/zPFikZtxiD 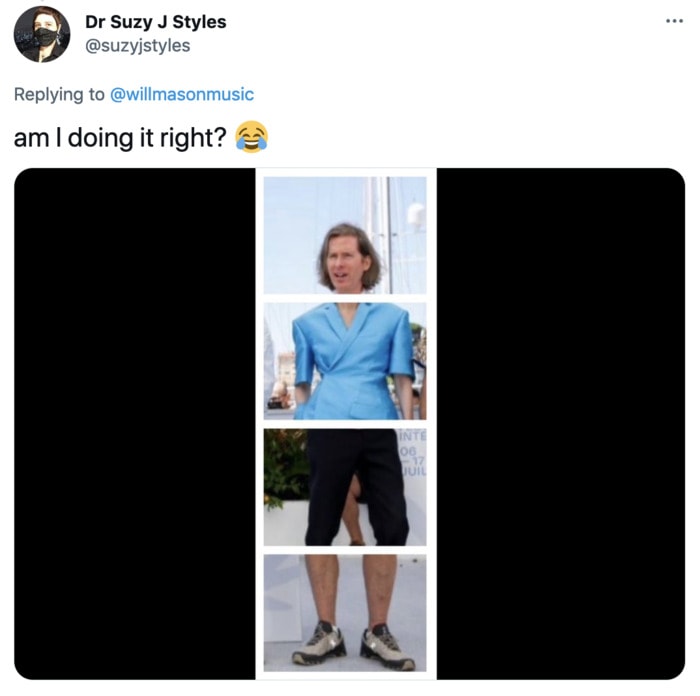 Latest posts by Rebecca Swanner (see all)
As an Amazon Associate we earn from qualifying purchases. This post may contain affiliate links from Amazon and other sites that we collect a share of sales from.
373 shares