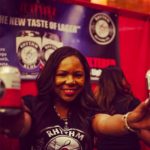 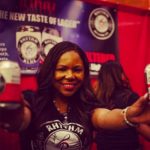 Speaking out on social media in support of the Black Lives Matter movement is an excellent use of your time. So is elevating your quarantine day drinking plans with craft beer from Black-owned breweries.

According to 2019 Brewers Association survey data, Black brewery owners make up just one percent of breweries in the U.S. But, new Black-owned beer brands are popping up from coast to coast.

In August, you can celebrate these brewmasters in Pittsburgh at the third annual Fresh Fest Beer Fest, the country’s first Black beer festival. In the meantime, here are 12 Black-owned craft breweries you can visit as things open back up (or support from your couch).

Harlem Brewing Company’s Owner and Head Brewer, Celeste Beatty, is the first Black woman to open a brewery in the US, and her back story might make you rethink re-gifting.

In the 1990s, Beatty received a homebrew kit and promptly stuck it in  a closet in her studio apartment. But several weeks later, she picked it up and her foray into brewing began. There’s hope for that latchook kit your aunt gave you, yet!

Beatty launched the woman-owned brewery in 2000, and honors an aspect of Harlem with each craft beer she makes. Must-try brews include the 125 IPA, named for 125th Street (Harlem’s “Main Street”). Cider fans can crack open a Strawberry Sugar Hill Hard Cider. The brew, made with New York apples, is a reference to Harlem’s historic Black residential district, Sugar Hill.

Renthrope is also developing a 10-acre property in East New Orleans that’s scheduled to open in late 2020. It’ll feature a tasting room, event space, culinary institute, and a community garden. Is there some sort of unwritten rule that 30-somethings have to be obsessed with plants? We need to talk to our succulents about this (after they’re done with their morning meditation!).

It’s a tough competition, but this woman-owned brewery might take the cake for having the best can designs on this list. Each of Briana Brake’s Spaceway craft beers feature a different Afrofuturistic design that’s out of this world. Pirate Jenny, the tropical double IPA is at the top of our list, quickly followed by the Don Dada Cardamom Stout. For something with a lower ABV, try the malty Agent Seven cream ale that comes in at 5%.

In the early 1900s, thousands of green benches that lined downtown sidewalks in St. Petersburg were off-limits to African Americans. Now, all are welcome to take a seat at the Black-owned brewery Green Bench and try one of their craft beers, meads or ciders brewed with local ingredients. Popular brews include the Happy Hermit Pale Ale and classic Green Bench IPA.

Co-founder and Head Brewer Jerrod Fisher, along with co-owners Greg Cason and Mike Meholick, opened the Alematic taproom and brewery in 2019. Order a Wild Thoughts, a cranberry lemon hibiscus gose; or try Peach LoveStoned, a cobbler-inspired sour beer brewed with cinnamon. Why do we suddenly want to update our MySpace profile?

At Assembly Brewing’s Portland taproom, Detroit natives George Johnson and Adam Dixon pair American ales with award-winning pizza and Motor City-inspired murals. Sip on the grapefruity, 5.4% ABV Pale Ale. Or, try the hoppy, refreshing, 7.3% ABV IPA with tropical and earthy notes — possibly inspired by that single breeze in the middle of a sweltering summer day in the D.

Founder and Head Brewer Marcus Baskerville started homebrewing in his garage, but once the awards piled up, it was clear his talents had outgrown his workspace. So, he teamed up with co-founder Mike Holt to launch Weathered Souls, a taproom that serves up BBQ and fantastic beers.

Try Virtually Here, an imperial stout with toasted macadamia nuts, white chocolate, and vanilla beans. Or, order Yeah, No; Kinda Sorta, an IPA that deserves some kind of award for having the most Midwestern name ever.

Baskerville also launched the Black is Beautiful initiative. He’s sharing a stout base recipe and inviting other breweries to put their own spin on it. 100% of the sales from those beers donated to “local foundations that support police brutality reform and legal defenses for those who have been wronged.”

At press time, 540 breweries in 43 states had signed up to participate. If you’re more about drinking beer than brewing it, support the cause with your wallet and your liver instead. Sign up here to find out when your local brewery will have the Black is Beautiful beer on tap.

Alisa Bowens-Mercado named Rhythm Brewing Co. for her grandmothers who loved to sip beer, dance, and talk about “finding your rhythm in life.” Buy a case online of their flagship beer, Rhythm — an American-style lager brewed with South African hops — and get the party going in your living room. You know, the same place the party’s been going for the past 92 days. BYO fun grandma! 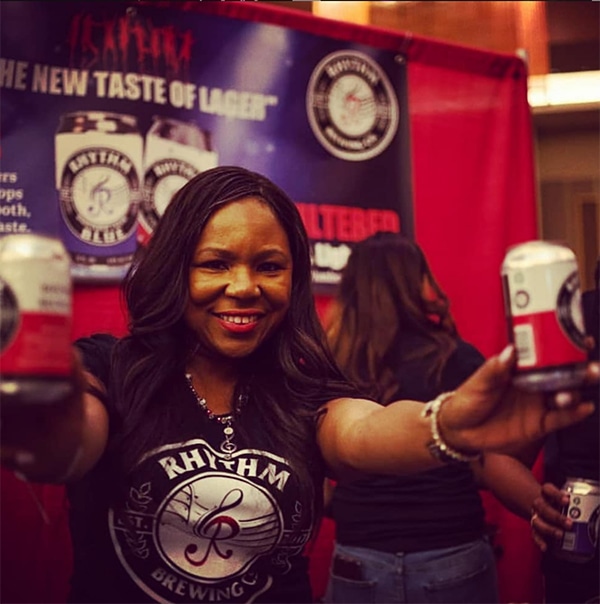 Rodney Hines, Washington State’s first Black brewery owner, and Todd Herriott, a bicycle shop owner, launched Metier Brewing just outside of Seattle in 2018. Hines isn’t new to the beer game, though — he brewed his first beer with friends over 30 years ago and is on sabbatical from his corporate position at Starbucks. (We get it, Rodney. These days we’re picking booze over coffee, too.)

Khonso Brewery’s name is a nod to one of the world’s first known brewers – Khonso Im-Heb of Ancient Egypt. Another fun fact about Ancient Egypt? Women were the primary brewmasters!

Co-owners Corby Hannah, Kevin Downing, and William Teasley aren’t working with grains quite that ancient, but their brewery is known for merging different beer styles to create new ones. Try the Standing Peachtree, a pale ale brewed with Amarillo hops, barley, wheat, cardamom, and peaches.

Sankofa co-founders Kofi Meroe and Amado Carsky — both raised in West Africa — named their beer brand after the Twi word that means “go back and get.” Like, it’s time to go back to your fridge and get another one of their beers. We recommend the Hypebiscus, a pale ale infused with tart hibiscus, or the citrusy Harmattan Haze wheat ale. If you’re in D.C., you can schedule a six-pack to be delivered to your front door via the app biermi.

In 2017, Chris Reeves and William Allen Moore opened Down Home Brewing Company, the first Black-owned brewery in Atlanta. (The cartoon character you see on Down Home beer labels is Reeves’s grandfather, Hershel Thompson.) These days, they brew a variety of different ales, including T-Pom Pomegranate Wheat Ale, Georgia Hooch IPA, and Down Right Hazy IPA. Find them at retailers throughout Georgia.

5 Ways to Support Local Breweries (Other Than Visiting)

Once breweries reopen, we suggest crowding into one or more of these breweries and ordering a round. In the meantime, here’s how to support these Black-owned breweries.

Natasha Chilingerian
Natasha Chilingerian is a lifestyle and business writer who is currently traveling the U.S. as a digital nomad. She has truly seen it all when it comes to American culture, having lived and worked as a journalist in both large West Coast cities and small Southern communities. When she isn’t rushing to catch a plane, she’s busy with her full-time job as executive editor for Credit Union Times, a national trade publication for credit union industry executives. Her work has appeared in numerous regional lifestyle magazines in Oregon and South Carolina, as well as Glamour, Patch.com, and Singular. Follow her on Instagram at @natchili.

Latest posts by Natasha Chilingerian (see all)
As an Amazon Associate we earn from qualifying purchases. This post may contain affiliate links from Amazon and other sites that we collect a share of sales from.
445 shares