If you date men, you’ve probably heard a million rules and philosophies on how to make sense of the gender that thinks it’s impressive to wear basketball shorts in the snow. The latest one is the Box Theory of dating, invented by tiny-mic-toting-Tiktoker Tinx, which went viral with 1.3 million views.

The concept is that the box theory helps you figure out which guys are serious and which guys are future Taylor Swift subjects. But does this theory hold water? We asked some experts. Other than our bestie. 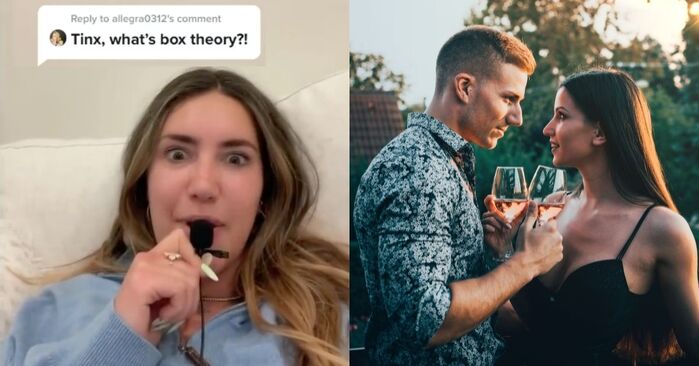 What Is the Box Theory?

Box Theory is when a man meets a woman romantically, he puts her in one of three “boxes” based on if he sees a future with her. These boxes are:

Can You Move Between Boxes?

If the idea of romantic boxes sounds a bit “Joe Goldberg’s book cage,” don’t be scared. The theory is that once a man puts you in that mental category, there isn’t much chance of you escaping that box, no matter how hard you try.

“It’s very difficult to shift from box to box and your behavior doesn’t really affect what box you’re in,” Tinx says in her video. “So if he meets you and he’s like ‘I want to date this girl,’ you could puke on his shoes and sleep with him on the first night, and it wouldn’t matter.” 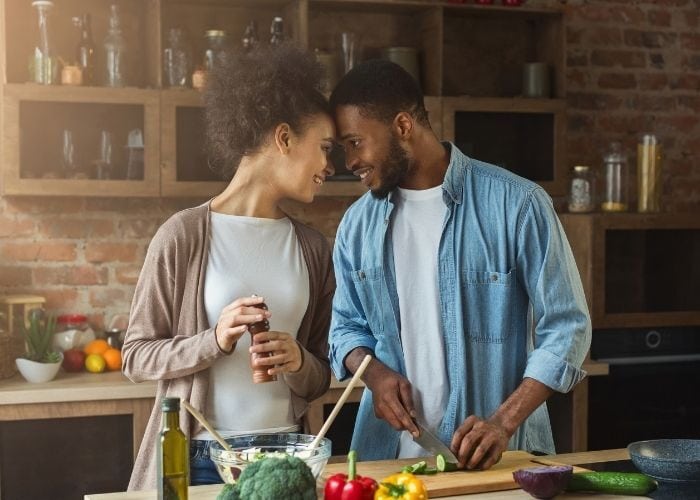 How Do You Know What Box You’re In?

You can try puking on his shoes and seeing if he’ll still talk to you, but there are less gross ways to figure it out. Look at how the man is treating you and trust your instincts.

“You know what box you’re in. If a guy wants to date you, you know, you can feel it,” Tinx explained in a follow-up video. “If you find yourself wanting to ask him ‘What are we?’ you are in the hook up box.”

If he remembers the names of your mom, your best friend, and your least favorite coworker, he’s in it for the long haul. If you find yourself double texting to even get a response about how that coworker talked over you in that meeting again, but he answers right away for a Netflix and chill sesh, he’s not interested in getting to know you. 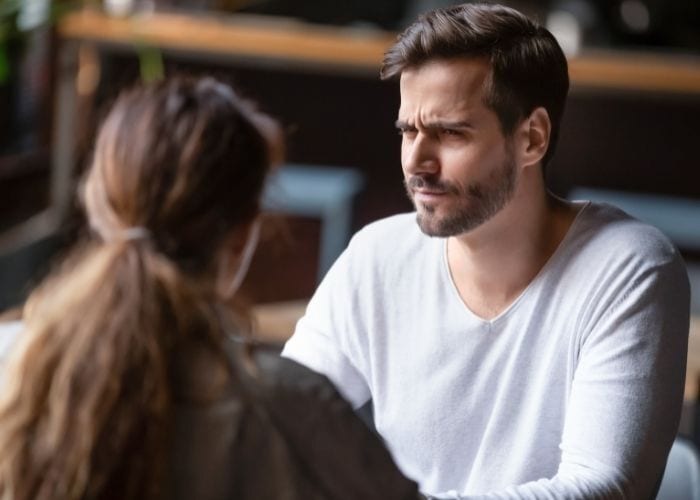 What Do the Experts Say About Tinx’s Box Theory?

“I firmly believe that men tend to decide the end game as soon as they meet a woman. It all starts with the spark from physical attraction, but men will figure out your box soon after either having a conversation or watching you for a while,” Rachel Sommer, Ph.D., clinical sexologist and co-founder of My Sex Toy Guide.

But making snap judgments about where the relationship will go isn’t limited to men. If he’s wearing cargo shorts to the bar, you know what box you’re putting him in – the garbage bin or a camping tent.

“I think we all [put people in boxes], including us women,” Sommer says. “We decide on where we’d like to go with a person as soon as we meet them. The specific box might change over time, but the first impression takes center stage most of the time.” 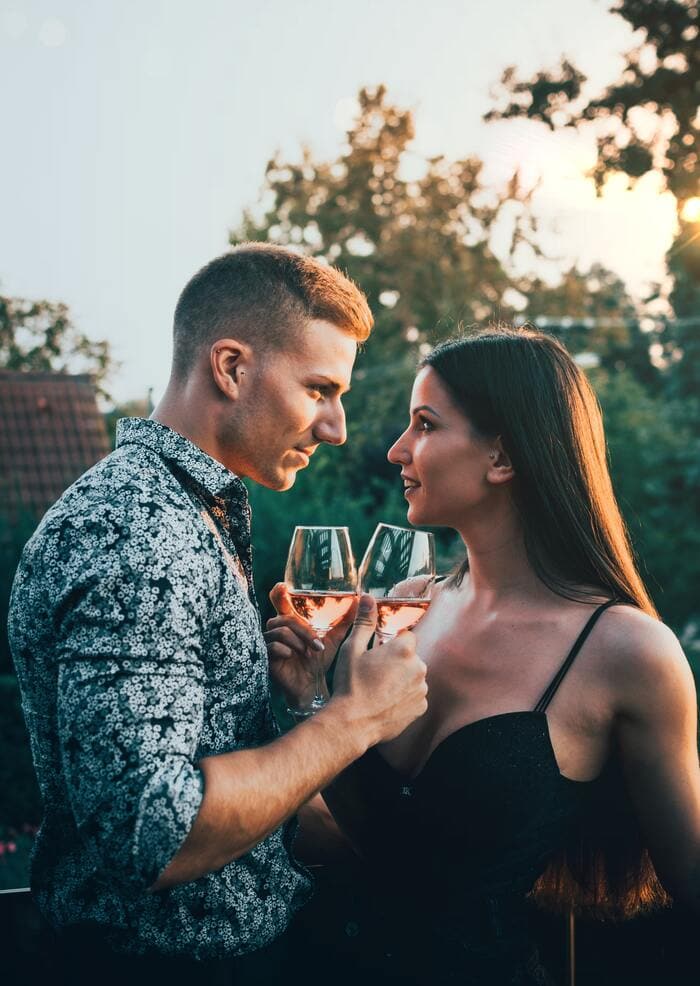 Can You Move Between Boxes?

First impressions last. At least that’s what the HR manager we spilled coffee on told us after our job interview. But the experts tell us that it is possible to escape that initial box.

“As a relationship expert, I believe that how we feel about someone can still change upon knowing them more. So, there is a possibility that men will think and feel differently about someone over time,” says April Maccario, advice writer at Ask April.

But that first impression can reflect something more fundamental to any future relationship: chemistry. “I coach my clients to recognize chemistry first, attraction second. If the chemistry is there – the conversation flows, it feels natural – many times, attraction will follow,” says Julie Yarworth, matchmaker at It’s Just Lunch. 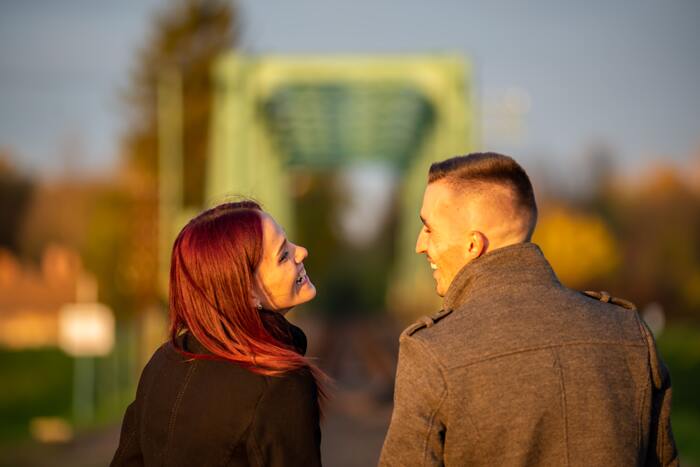 How Should You Use the Box Theory in Dating?

“I do think the Box Theory could be a bit limiting. If you’re quick to judge or close-minded, you may miss out on some wonderful opportunities,” says Yarworth. “So with that, I would advise my clients to avoid putting people into a box too soon, and instead focus on meeting someone who checks the most important boxes.”

Tinx explained in her video that the Box Theory isn’t another dating rule to follow, but should make you feel free from unhelpful dating rules. 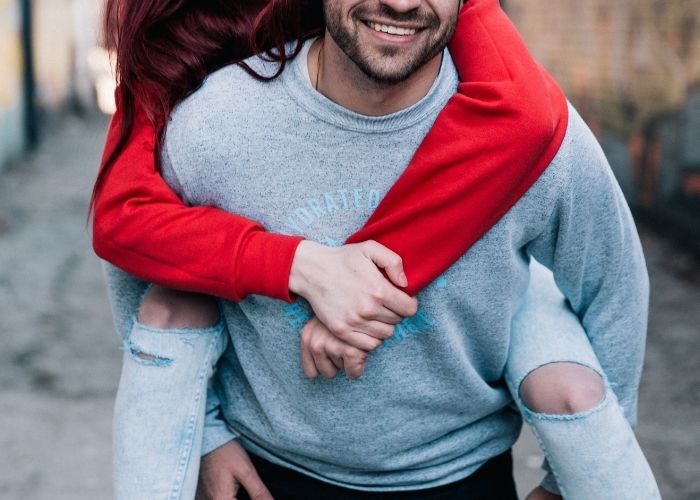 You’ll never convince a man to fall for you by waiting to have sex after the first date, playing hard to get, or not exposing your ankle lest ye be deemed a harlot. It’s important to stay true to what you want.

“Don’t let societal norms hold you back from what you feel like is right for you at any given moment. But also give men the time to get to know you, what you actually want to accomplish in life, and your world view a little better,” says Florian Holler, CEO and Executive Dating Coach at Tindermentor.

Latest posts by Madison Higgins Hwang (see all)
As an Amazon Associate we earn from qualifying purchases. This post may contain affiliate links from Amazon and other sites that we collect a share of sales from.
194 shares