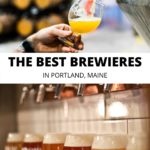 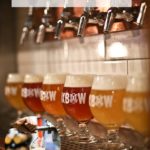 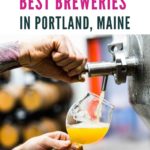 Maine may be best known for lighthouses, lobster rolls, and the supernatural. But it’s also becoming a craft beer mecca, thanks to the impressive number of craft breweries in Portland, Maine.

As a native of the other Portland — a.k.a. the crunchy “Rose City” on the West Coast — I briefly felt like a traitor raving about our name-twin on the other side of the country. But Portland has more breweries per capita than any other U.S. city, so if you’re headed to Maine, a craft brewery tour is a must, whether you want to learn new fermentation techniques or just drink a sailor under the table.

Try one of these 12 craft breweries! Or try all of them. Come on, liver, we’re going on an adventure! 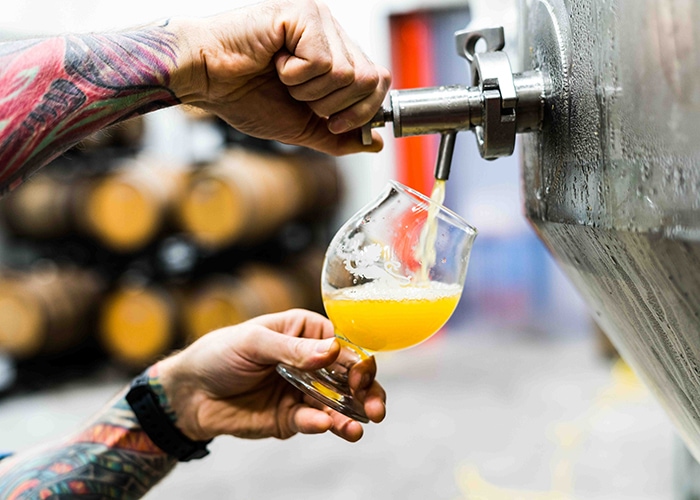 The 12 Best Breweries in Portland, Maine

The breweries below are listed in no particular order, we love ’em all! Tell us your fave in the comments and if we missed your fave, you can let us know that too. Just be nice. We’re delicate.

Start with a classic and kick off your Portland beer buzz at Shipyard Brewing Company. Housed in an impossible-to-miss waterfront location, this family-owned business opened in 1994 and is now the largest craft brewery in Maine.

In the tasting room, order a cheap flight by writing your beer picks on your wooden flight paddle. Then, grab a board game and show your drinking buddy who’s boss at Scrabble while you sip. You better believe xu is a real word!

Must-try brew: Export, a golden ale, is Shipyard’s flagship beer. And if you’re visiting in the fall, you’re morally obligated to taste Pumpkinhead, their pumpkin spice ale balanced with flavors of cinnamon and nutmeg. (Basic? Yes. Boring? No.)

Oxbow has produced over 100 beers in their 10 years on this planet. By 10 years old all we had figured out how to do was guilt our family into buying Girl Scout Cookies. Anyway, so the overachievers at Oxbow house their main brewery and tasting room 50 miles northeast of Portland in rural Newcastle, Maine.

But you can experience their Belgian farmhouse-style beers and quirky, rustic aesthetic at their quaint Portland outpost. Which of course is a huge warehouse that houses a bar, event space, and art gallery. Point made, guys!

In case that’s not enough, there’s also a walk-up fry window — the Duckfat Friteshack — which serves poutine, milkshakes, and Belgian frites. If you’re several high-ABV brews deep, those carbs might save you from texting your ex.

Think of Goodfire Brewing Co. as that Tinder date who showed up in a sweater vest but turned out to be an animal in bed. Goodfire offers some unique sour ales, pilsners, and stouts, but is mainly a haven for IPA lovers.

The brewery opened in November 2017 in the back of a building occupied by another successful brewing company, Lone Pine Brewing. It’s an inconspicuous spot with minimal signage. Like every other hipster spot your friends are trying to drag you to.

Must-try brew: Start your imbibing with Goodfire’s most popular brew, Prime, a hazy IPA made with Citra and Amarillo hops.

If there’s one Portland brewery you’ve heard about before this, it’s Allagash. Book a brewery tour at this staple of the Portland beer scene since 1995 and you’ll be able to sample their craft beer while learning fun facts about fermentation. Facts you’re definitely not going to remember when you sober up.

The Belgian-style brewery offers several types of tours, ranging from a basic barrel room tour to the epic Grand Cru tour, where you can chat up the brewers, partake in a sensory tasting panel, snack on charcuterie, and drink beer fresh out of the tank. Although apparently you’re not supposed to do a kegstand on the tank. How were we supposed to know that? So many rules!

Bissell Brothers has a spacious tasting room — great for large groups and mingling — that’s housed inside a 100-year-old building that was formerly used for repairing train cars. While you’re there, you can order quality Mexican food from Locally Sauced next door, which, if you’re visiting in the winter, might spark a distant memory of something called the sun.

Must-try brew: Its flagship IPA, the Substance Ale. And if “the hoppier, the happier” is your beer-drinking motto, go for the Preserve & Protect double IPA.

Throughout the week, you’ll find rotating food trucks and activities like trivia and calligraphy at their Fox Street location. And every Monday they host a Yappy Hour at their Industrial Way location, which includes beer specials for humans along with treats and puppy mosh pits.

Must-try brew: Try the citrusy Patina, Austin Street’s flagship pale ale. If you want something stiffer, go with the 10% ABV barleywine, Snowblower, and watch your dreams of trivia dominance fly out the window.

If you want to go where the locals go, head to Bunker Brewing Co. This microbrewery is nestled in Libbytown, away from the bigger crowds who flock to the downtown craft breweries. The building’s design is reminiscent of an old auto repair shop, but without the shady mechanic trying to mansplain what your air filter does.

Long, communal tables and games like ping-pong and cornhole make it easy to mingle with other patrons. The 11% ABV Rumpel stout makes it even easier. If you’d rather mingle with dogs, we get it — and you’re in luck, because they’re welcome here.

Must-try brew: Get your buzz going with a flight of brews including Machine, the brewery’s flagship Czech pilsner.

If you go in the summer, take advantage of the bustling outdoor space with food trucks and cornhole. Which is a game, not a food. Turns out those bags are filled with polystyrene which isn’t very tasty.

Must-try brew: Try the Maine Island Trail Ale, but leave enough room for a few of their artisanal, small-batch brews, like the gingerbread porter or peachy sour ale.

Eating, drinking, and dropping f-bombs? Sign us up! Okay, so this brewery’s name actually refers to Falmouth, the northeastern seacoast. For Falmouth’s sake.

Foulmouthed opened in a converted South Portland auto garage and brews IPAs, pale ales, stouts, and is one of the only breweries on this list offering hard liquor if your friend doesn’t like beer.

Must-try brew: Order a round of Damn It to Helles, a classic German Helles-style lager. Chase that with Tears for Tyrants, a beer cocktail made with sherry, crème de violette, Blue Balls (Foulmouthed’s dark saison) and, as described on the menu, “the delicious tears of 45 to strengthen you in your fight against patriarchal fascism.” Yes please!

Geary is the OG of Maine breweries — it opened in 1983, making it the state’s oldest, and us feel like we should check ourselves into the closest nursing home. And like Jeopardy reruns, it’s a reliable option that won’t let you down.

The brewery features eight rotating taps, and free tours every day they’re open at 3 p.m. In the summer months, you can drink in the garden, grab a bite from a food truck, and catch a live band. Plus, as part of their pilot system, brewery visitors get to taste new, exclusive brews. The limited varieties have included hefeweizens, blonde ales, a Christmas spiced HSA, and a beer based off a recipe Ben Franklin allegedly left in the Library of Congress.

So Nonesuch is technically outside city limits. Fight us. But if you’re willing to travel off the beaten path — eight whole miles south of Portland — you’ll find this two-story brewery which is also a full-service restaurant, bar, and event venue.

If you stay long enough, you can join the Brewing Mug Club, which allows members to drink out of a 20-ounce mug handcrafted by a local potter for the price of a 16-ounce pour all day, every day.

Must-try brew: Favorites include the red Irish-style ale and IPA 2.0. 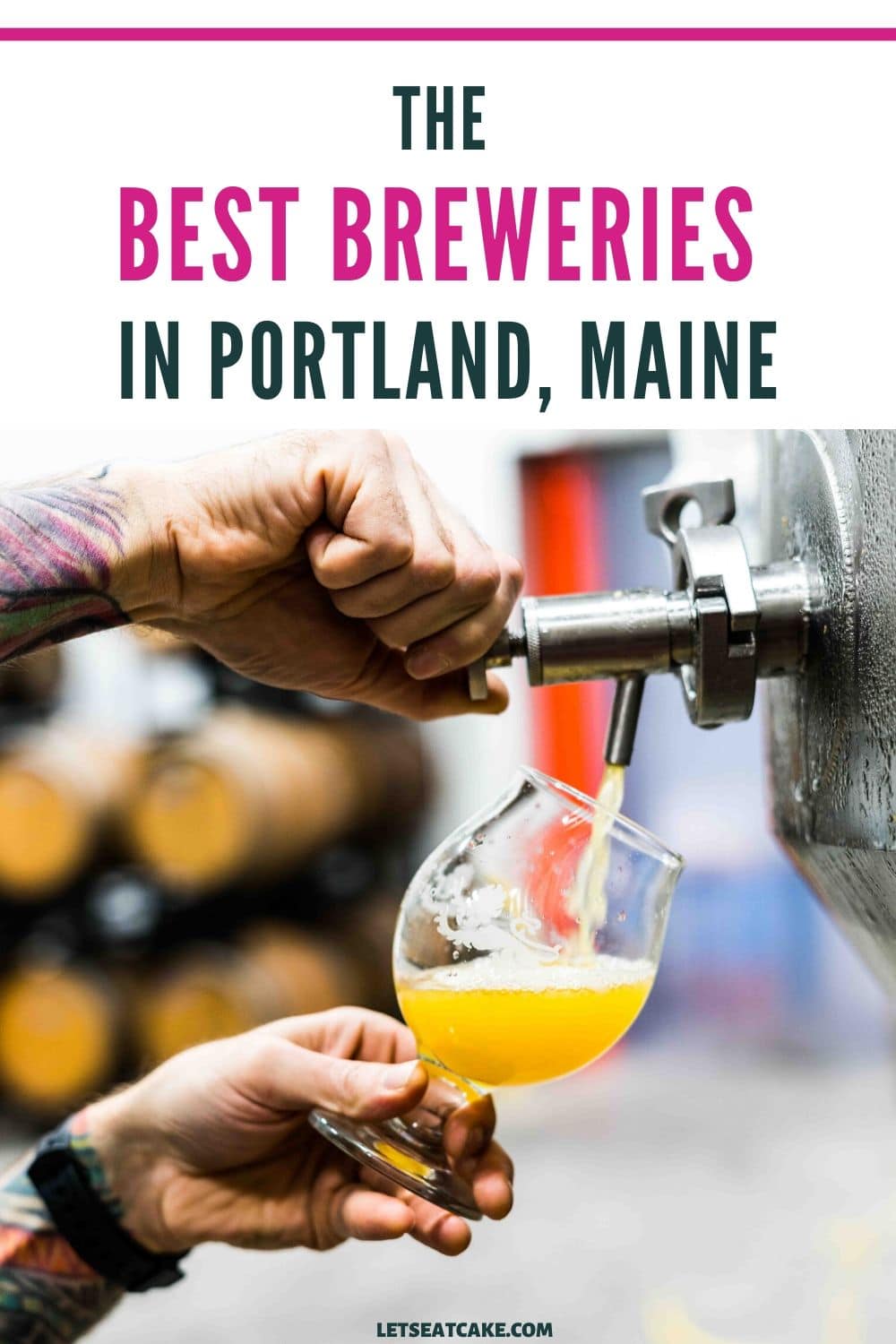 Natasha Chilingerian
Natasha Chilingerian is a lifestyle and business writer who is currently traveling the U.S. as a digital nomad. She has truly seen it all when it comes to American culture, having lived and worked as a journalist in both large West Coast cities and small Southern communities. When she isn’t rushing to catch a plane, she’s busy with her full-time job as executive editor for Credit Union Times, a national trade publication for credit union industry executives. Her work has appeared in numerous regional lifestyle magazines in Oregon and South Carolina, as well as Glamour, Patch.com, and Singular. Follow her on Instagram at @natchili.

Latest posts by Natasha Chilingerian (see all)
As an Amazon Associate we earn from qualifying purchases. This post may contain affiliate links from Amazon and other sites that we collect a share of sales from.
618 shares