If you participated in the classic American college experience, you probably suffered your way through some cheap vodkas. Especially ones in plastic handles that turn to ice in the freezer. We didn’t major in science, but we’re pretty sure alcohol isn’t supposed to do that.

But, whoever said that inexpensive vodkas have to taste bad is as mistaken as you were when you left your coat at home for a “short” 12 block walk to that frat party. There are plenty of vodkas that taste better than lighter fluid and won’t break the bank. For the record, kerosene is a terrible mixer so don’t drink it.

So, here’s a list of the best cheap vodka bottles so that you don’t have to spend 20 minutes staring at the shelves in the liquor store. 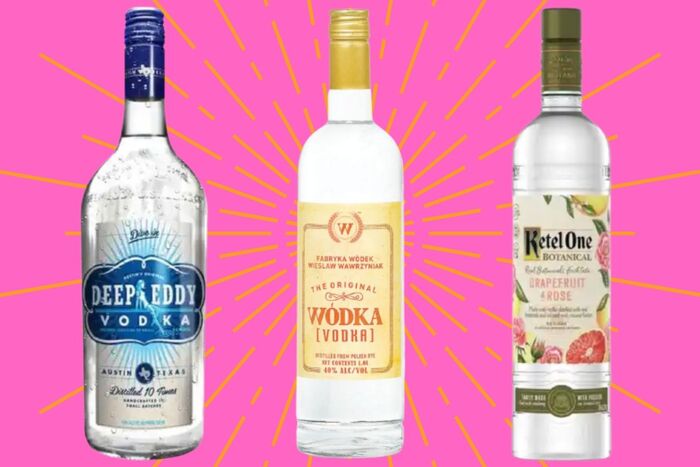 Smirnoff has been around since 1864 and is consistently one of the most popular vodka brands in the world. The classic well vodka tastes pretty good in a screwdriver thanks to its robust flavor and a dry finish. It’s filtered 10 times, giving it a smooth quality. Unlike how you look when your friends have iced you three times in a row. Just stop looking in the laundry already! 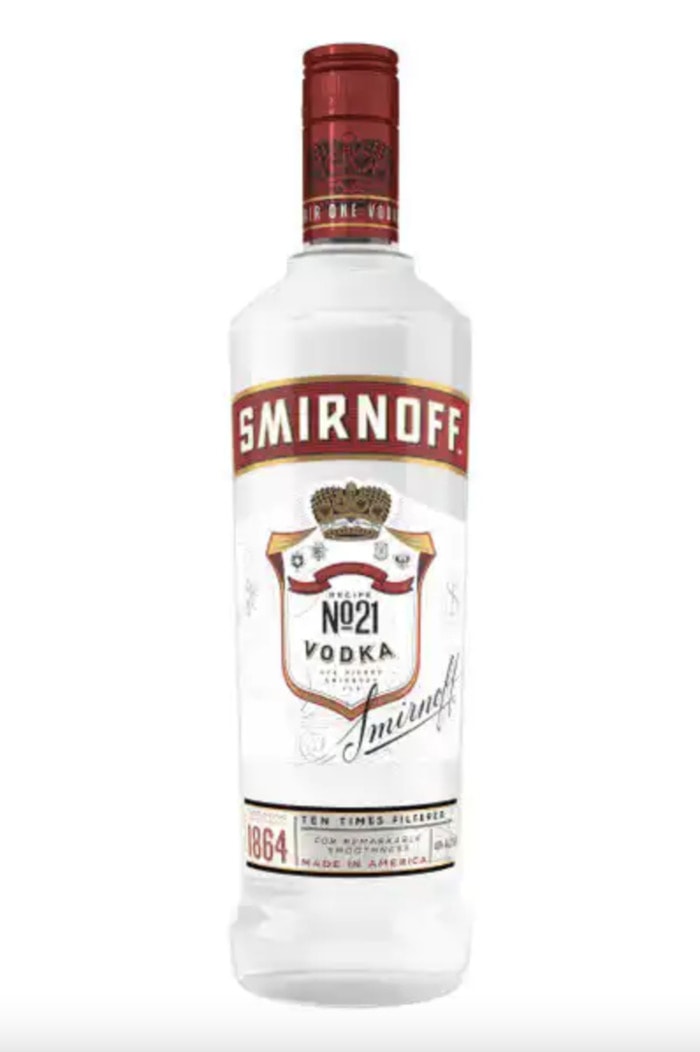 WÓDKA is a Polish vodka distilled from rye that’s been milled, cooked, and fermented, before its distilled five times and mellowed through a charcoal filter twice. And you thought your nightly skin routine was complicated! After all those steps, it just sits and chills. The result is a smooth vodka that’s easy to drink with or without a mixer. 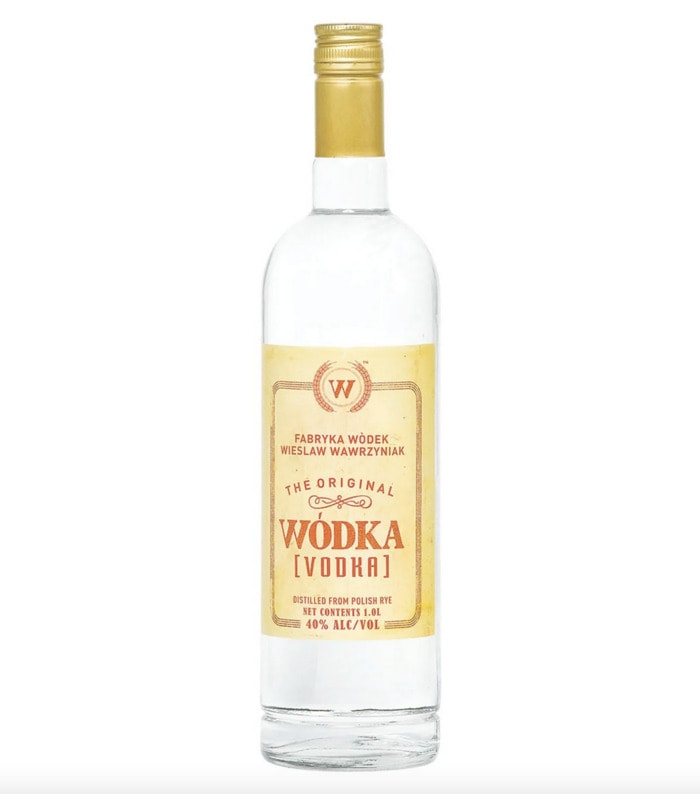 Don’t be intimidated by the name. Luksusowa is a delightful cheap vodka that shouldn’t give you terrifying flashbacks to your sophomore year’s homecoming pre-game. It’s a distilled Polish potato vodka that has the same earthy and nutty taste as a potato. But, like, a luxurious potato. Au gratin, maybe? 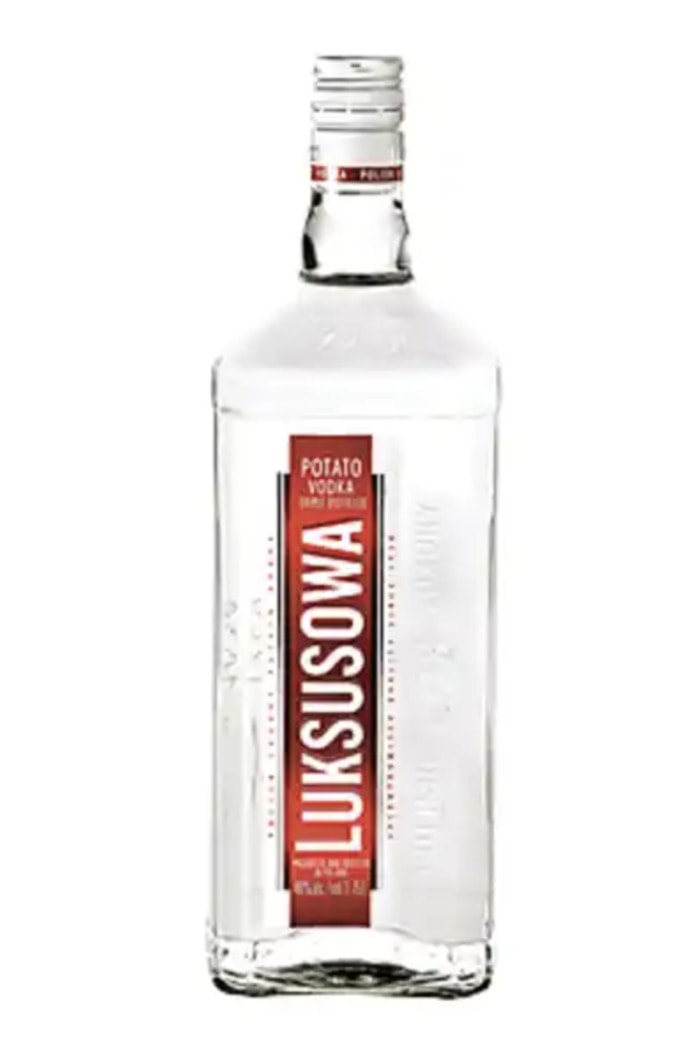 Deep Eddy is a ten-times distilled vodka that gets its name from the oldest swimming hole in Austin, Texas. They’ve sponsored 273 festivals, which suggests that they must be good enough for the masses. Then again, so was Coldplay. Take from that what you will. 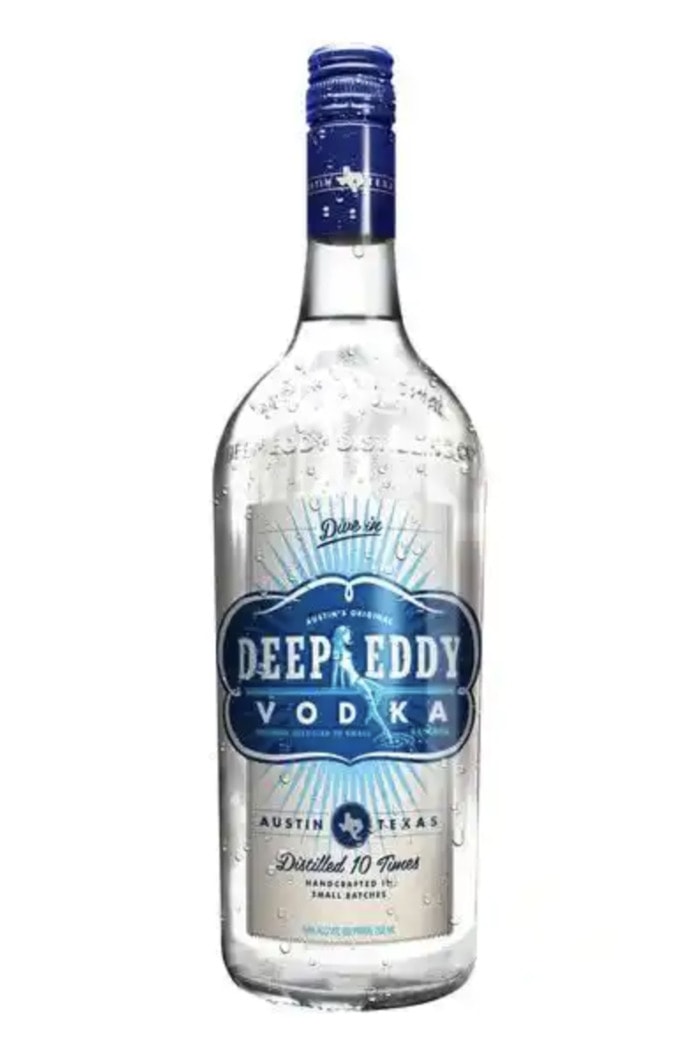 Svedka, a Swedish vodka brand that moved to the US is just as affordable as its name is to pronounce. It also comes in a wide array of unique flavors such as Dragonfruit Melon, Strawberry Guava, and Cucumber Lime, so your cocktails can taste like a day at a very confusing spa. 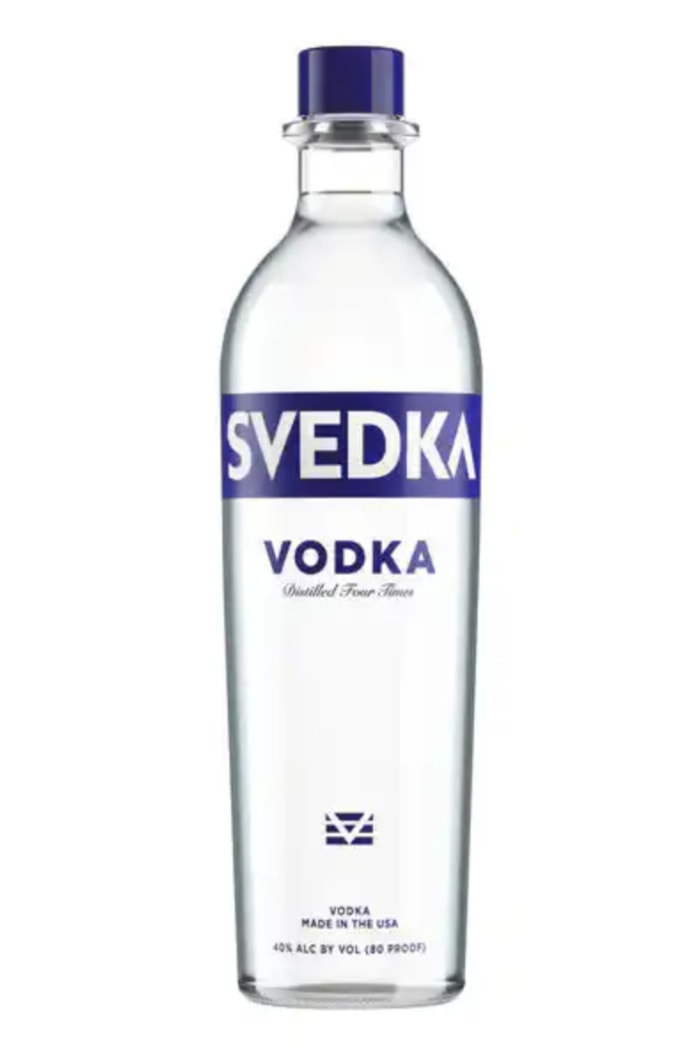 Skyy made history by being the first quadruple-distilled and triple-filtered vodka on the market. Essentially, it’s the Grey Goose of cheap vodka. If that wasn’t enough, they also use water enriched with Pacific minerals. Which Pacific minerals we aren’t sure, just like we’re not sure they’re not overcompensating for anything.

Use the original Skyy vodka to make a vodka soda that tastes like “an ocean breeze.” Which we assume is like getting hit in the face with a wave while a fish sings to you. 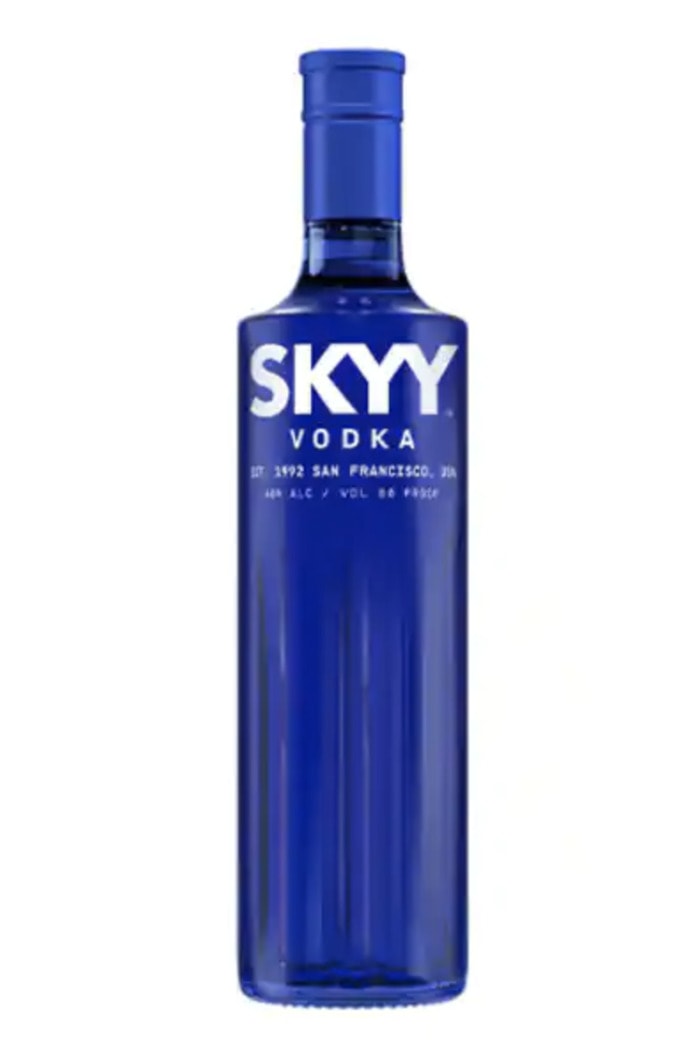 Tito’s is known for being a certified gluten-free vodka made from corn. Not to spoil the fun, but most vodkas are gluten free, unless the distillers add a color or flavoring or donut hole that isn’t. But our gluten-free roommate who only eats raw vegetables from Erewhon appreciates the clarification!

Tito’s — launched by Bert Butler “Tito” Beveridge II in 1994 — uses old fashioned pot stills, which is the same technique used to make single malt Scotches or French cognacs. Additionally, the brand strives to support local nonprofits with their Love, Tito’s program. So essentially you’re drinking for a good cause. Besides forgetting whatever it was your boss said in that meeting. 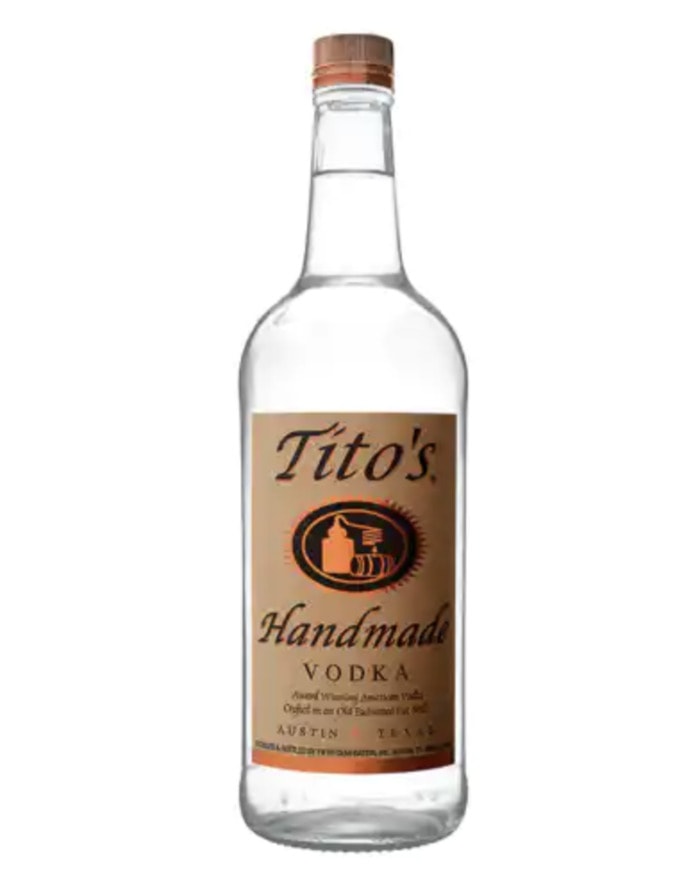 Finlandia is a crisp Finnish vodka made from glacial spring water. That’s the kind of water only rich people and Bond villain’s drink. And the kind we drink once it’s been turned into booze. One step closer to world domination! 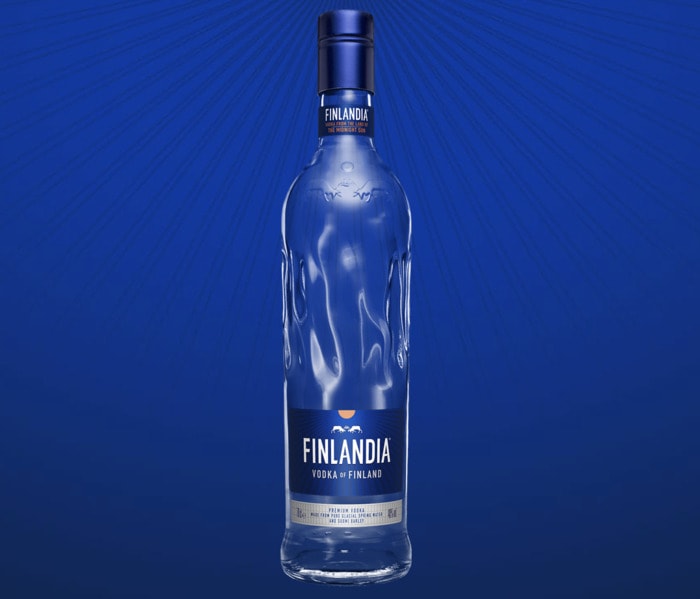 Regular Ketel One is a solid go-to vodka. But you can skip the mixer if you pony up a few more dollars for a bottle from their Botanical line. No, technically these aren’t vodkas. But they smell nice and will get you buzzed. So we say “tomato, potato.”

The Botanicals come in three flavors: Peach and Orange Blossom, Cucumber and Mint, and Grapefruit and Rose. We wrote them a letter trying to get a Pepperoni Pizza flavor created, but haven’t heard back for some reason. 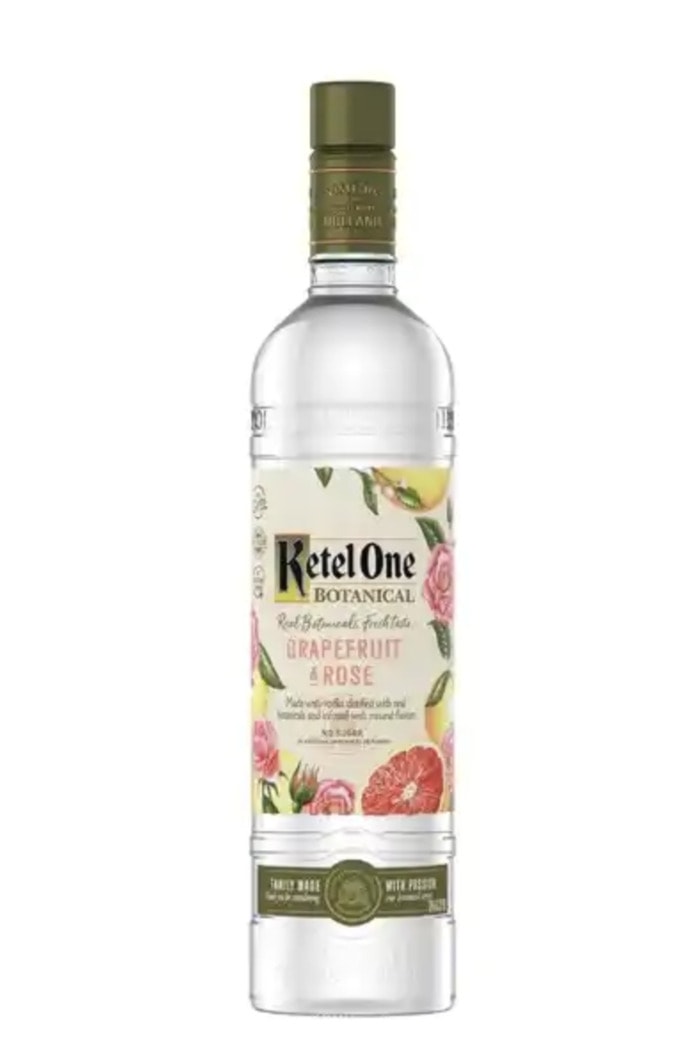 Latest posts by Katie Schindelheim (see all)
As an Amazon Associate we earn from qualifying purchases. This post may contain affiliate links from Amazon and other sites that we collect a share of sales from.
22 shares