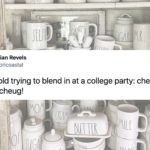 If you’ve ever had a Tamagotchi non-ironically, then we hate to break it to you…but you’re probably a little cheugy. This word – which sounds about as appealing as an overcooked steak – often refers to Millennial things that are outdated, out of trend, and past their prime.

Essentially, Gen Z created their own version of the word “basic.” It’s the new generation’s way to say “anti-fetch.” Yes, Regina, Karen did make that a thing! 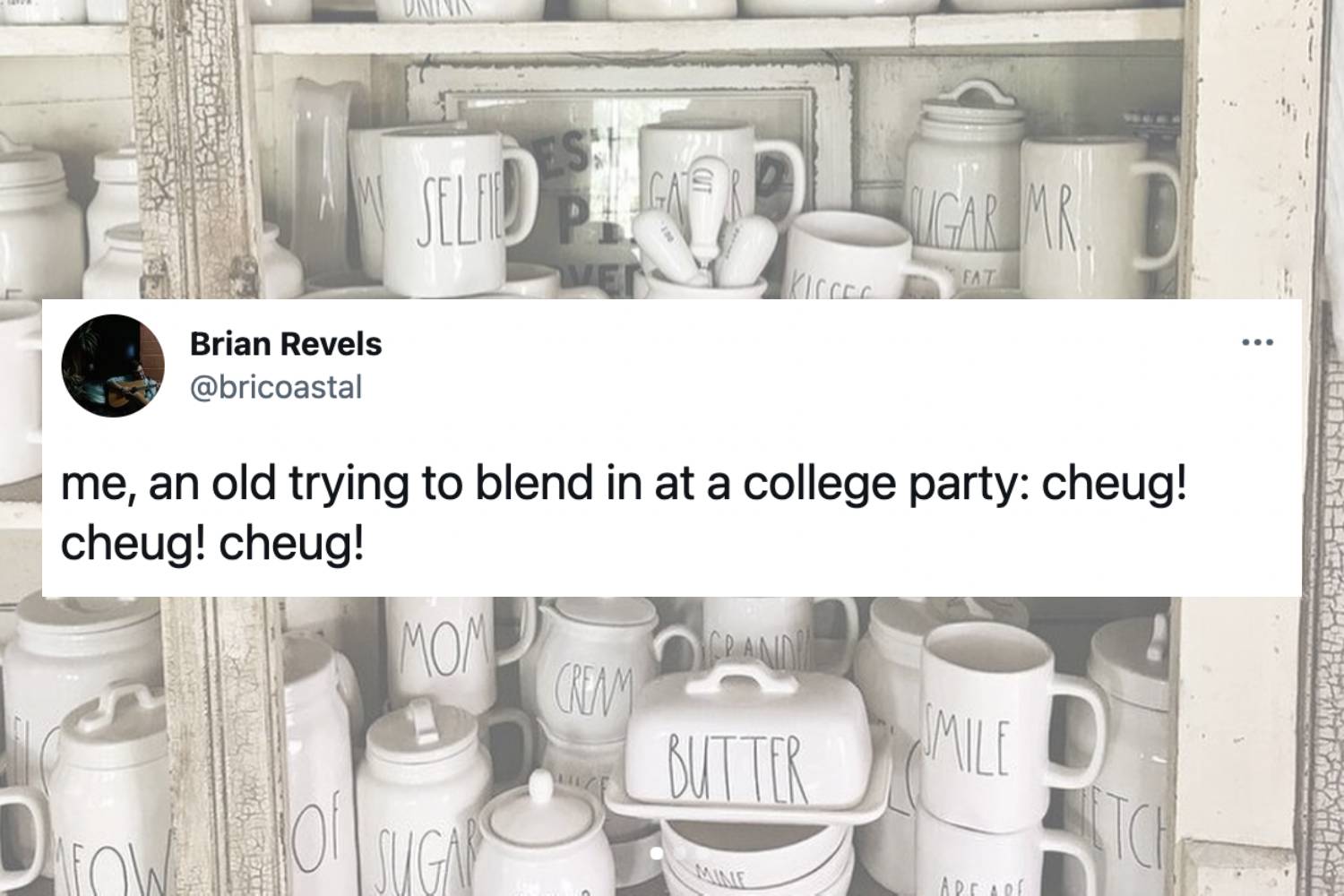 Instead of getting caught up in some self-induced cyber bullying about how your favorite hairstyles and chunky jewelry are now super cringey, use the Internet for the only thing it’s good for: funny tweets. Because there aren’t any cheugy cooking videos. Yet.

20 Cheugy Tweets That Will Make You Laugh and Maybe Cry

2. Ok, maybe this word can be used for good.

3. Inspiration for your next shower argument.

4. Whoever said cheugy is the new basic was seriously disturbed.

My two semesters of comm law kicking in when an influencer says using #ad on Instagram is cheugy. pic.twitter.com/vaT4DzruYg

6. At least they’re not going with Albus Severus.

7. I would very much like to be excluded from this narrative.

9. Especially if it’s before our coffee.

If you use “cheugy” in a sentence with me pic.twitter.com/coZQVPQMH7

10. Things are changing faster than the TikTok algorithm.

11. What else would we talk about in therapy?

16. There’s a lot to unpack here. Our suitcase will definitely still be in our room in three weeks.

17. We’re pretty sure this is what Sheryl Sandberg meant by leaning in. 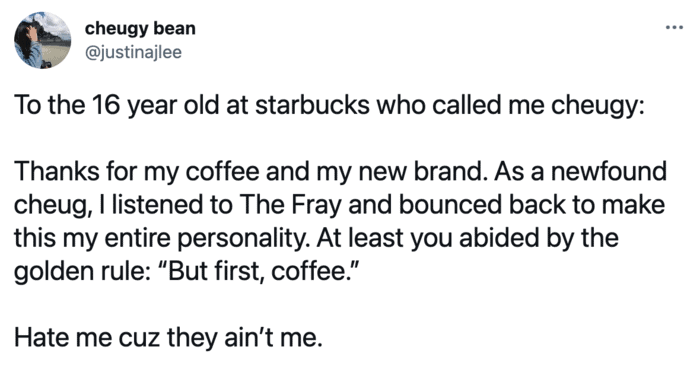 18. But are hyphens cheugy?

19. TBH, we’ve had a lot of feelings inside since learning about this word.

20. CHG: the even more obnoxious cousin of the NFT. 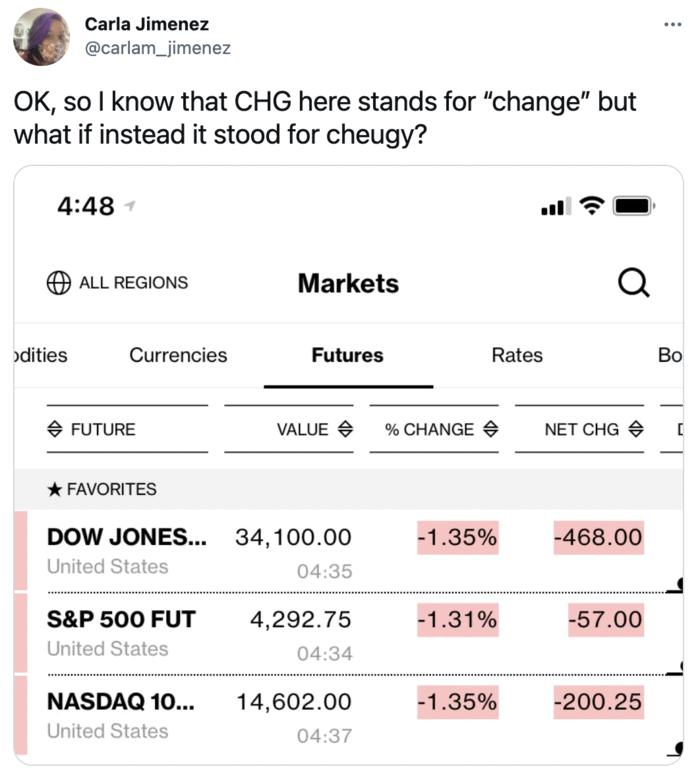 Latest posts by Hannah Rex (see all)
As an Amazon Associate we earn from qualifying purchases. This post may contain affiliate links from Amazon and other sites that we collect a share of sales from.
300 shares