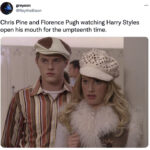 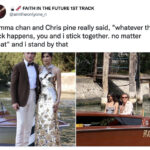 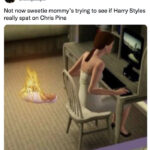 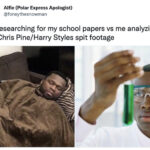 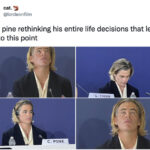 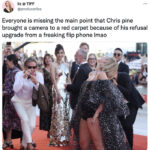 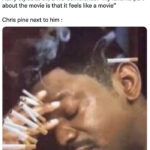 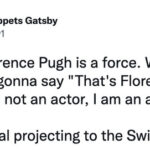 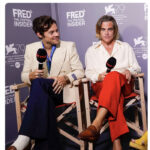 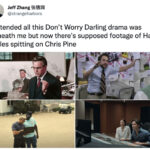 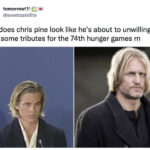 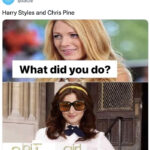 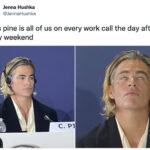 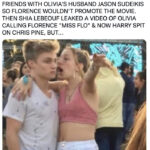 If you’ve somehow avoided all the drama surrounding Don’t Worry Darling, we’re impressed. But now is the time to dive in head first, because these memes of Chris Pine at the film’s premiere are absolute gold. And yes, they go deep into Spit Gate.

Don’t worry, darling, we’ll get to what that means.

To catch you up on this nauseating roller coaster: the film is directed by Olivia Wilde who is/was dating Harry Styles, the movie’s male lead, after Shia LaBeouf was fired from the role. Florence Pugh is the female lead and had a reported falling out with Wilde concerning how the film is being marketed, the potential fact that Styles was paid significantly more the her despite his limited acting experience, and rumors that Pugh herself had to direct parts of the movie, since Wilde was distracted by her relationship with Styles. 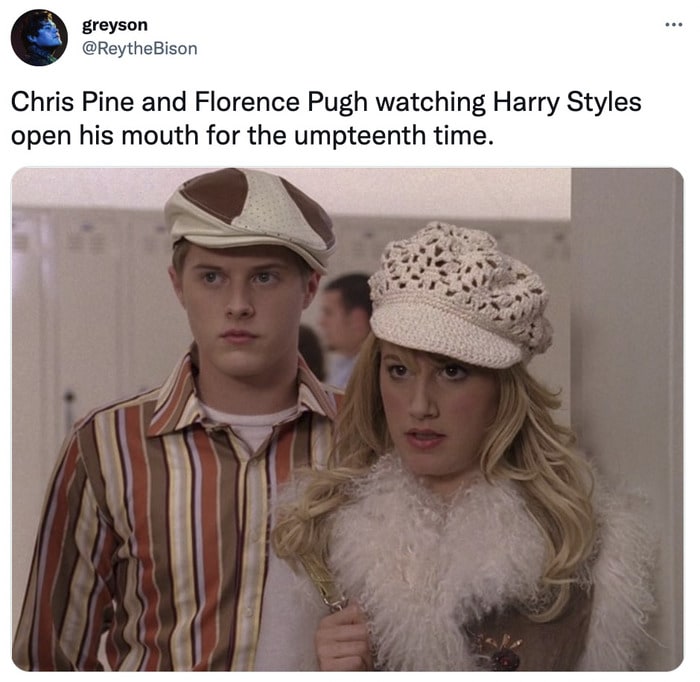 Now, after your head has stopped spinning, let’s come back to Chris Pine. This angelic man has stayed out of all this drama…until he was thrown into the firepit at the Venice Film Festival. Don’t Worry Darling had its world premiere and the actors attended press conferences regarding the movie.

And this is where the memes flooded in, not unlike the canals of Venice.

We got the stark contrast between Pine, an experienced actor, and Styles, a relative acting newbie. There was Spit Gate, where it looked like Styles spit into Pine’s lap. We witnessed Pine completely dissociating during a panel. And we can only hope he went somewhere with lots and lots of margaritas.

#HarryStyles appears to spit on Chris Pine i won't sleep until i know the truth pic.twitter.com/wLXjIHTYgU

Only the memes can really do this chaos justice, so here are the best reactions to Chris Pine doing his best to survive the Don’t Worry Darling premiere.

1. Take notes. There will be a test on this. 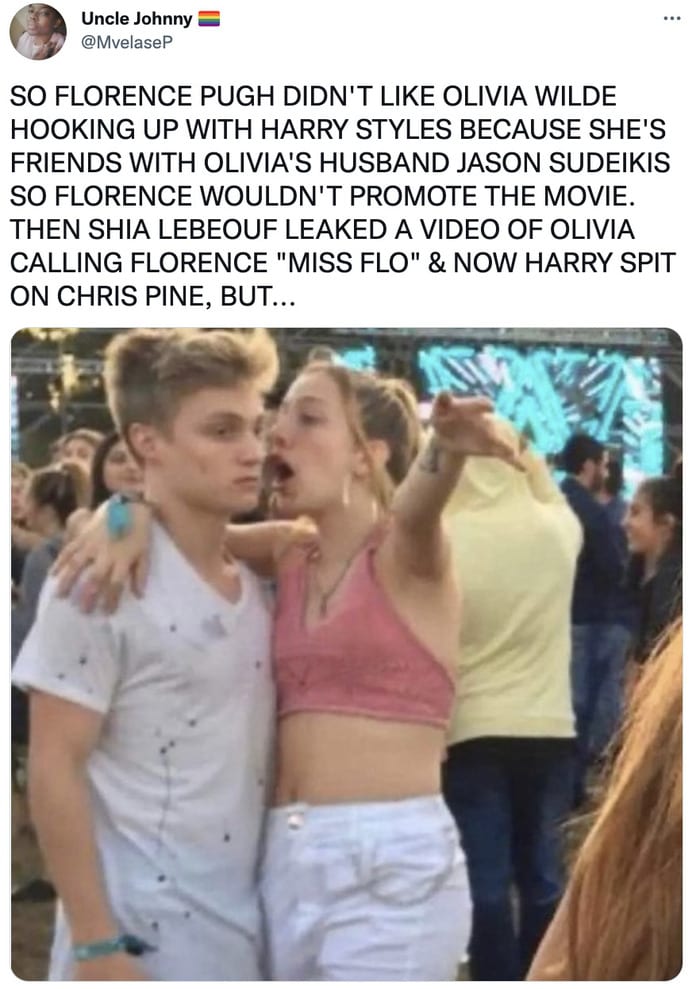 2. Never have we ever felt more like a celebrity. 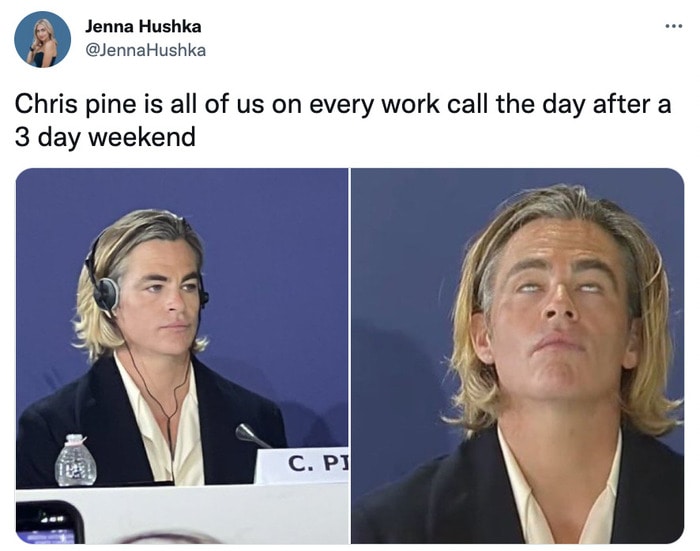 3. Someone get him out of there! 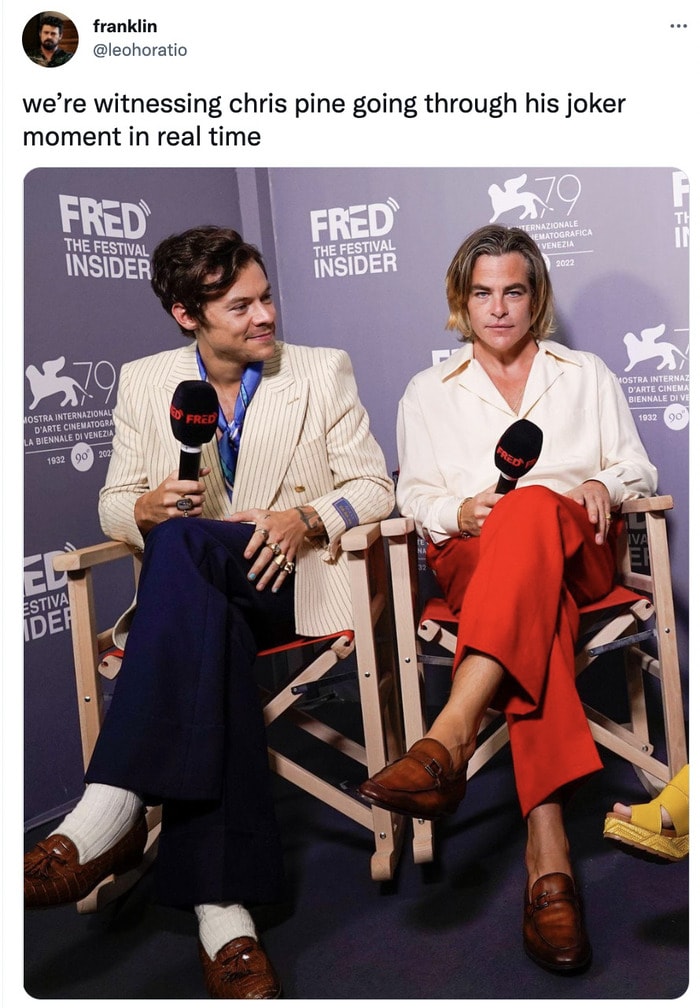 5. “I knew I shouldn’t have worn that blue shirt two years ago.” 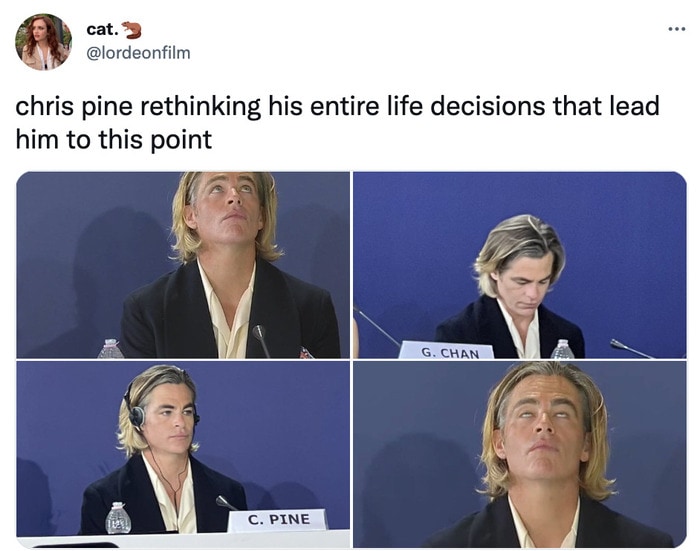 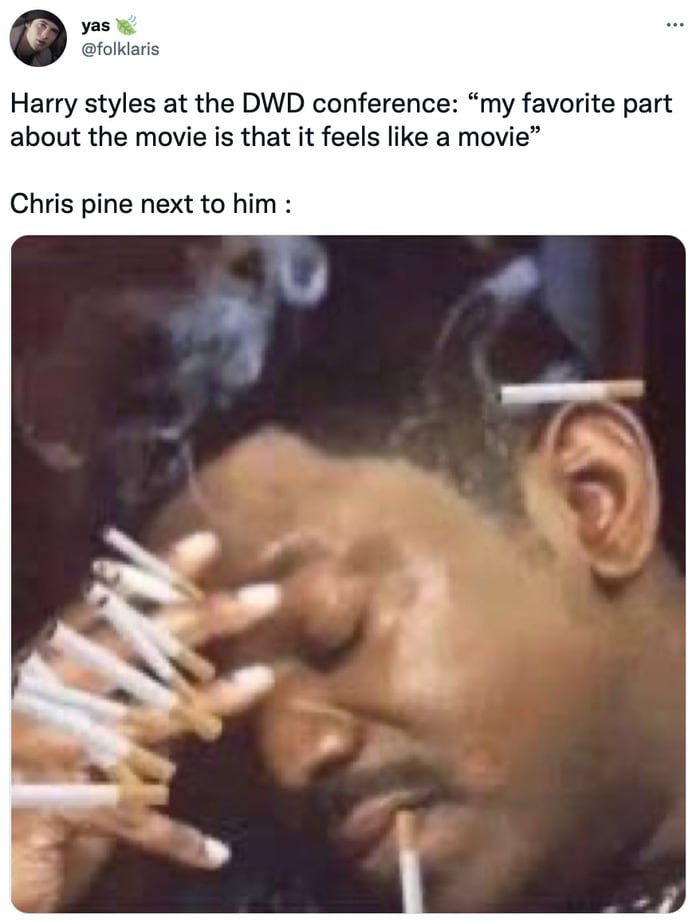 7. They would like to break free from this narrative.

8. And we don’t have to pay for an overpriced ticket? We love it!

chris pine disassociating at a press conference, florence pugh showing up 15 mins late with an aperol spritz, tom cruise clinging to a plane and saying "see you at the movies!", brendan fraser getting a six minute ovation…maybe cinema really is back

10. Our priorities are fine, why do you ask? 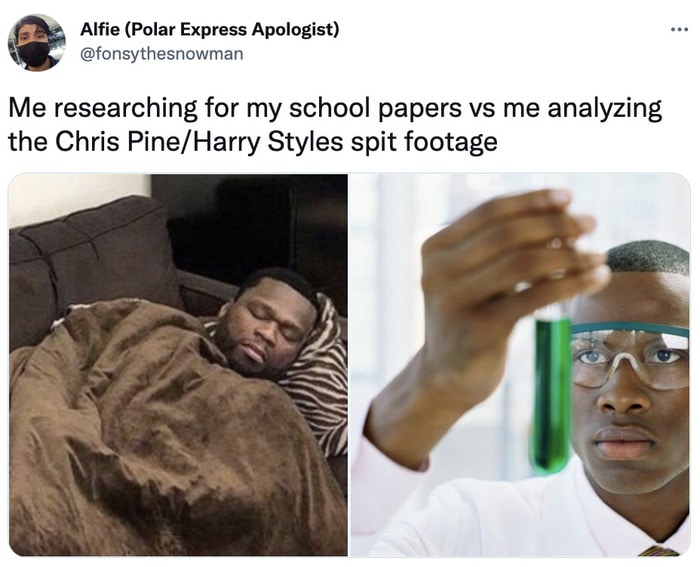 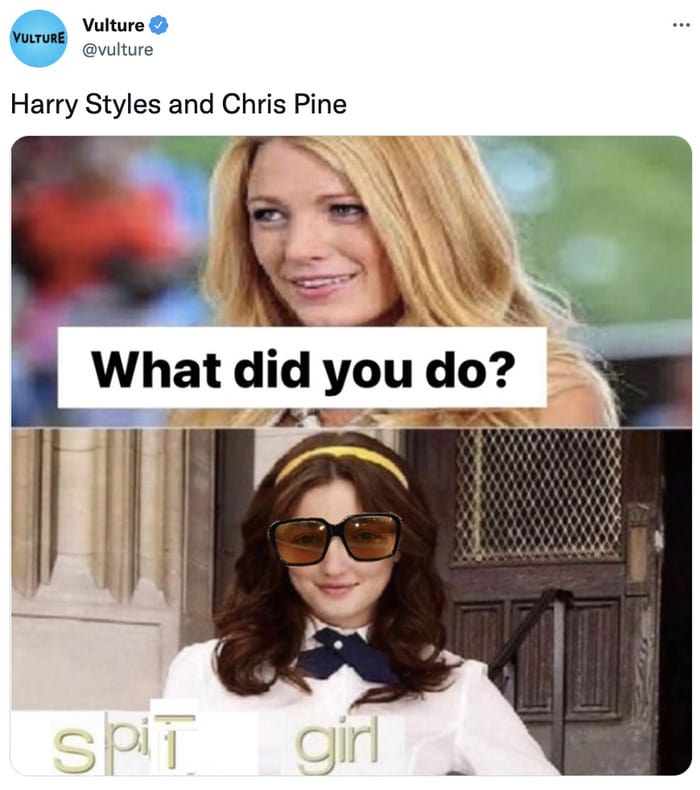 12. Give this man an award and an Advil.

chris pine deserves an oscar for not reacting here i am so serious https://t.co/6er6t4ssDJ

chris pine on the panel: pic.twitter.com/lEkvUhtKer 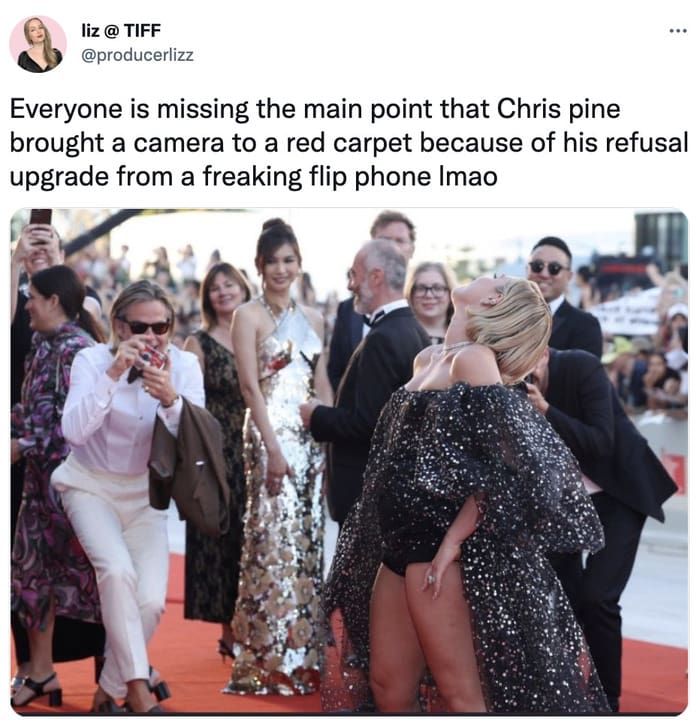 18. As if we weren’t distracted enough after a long weekend. 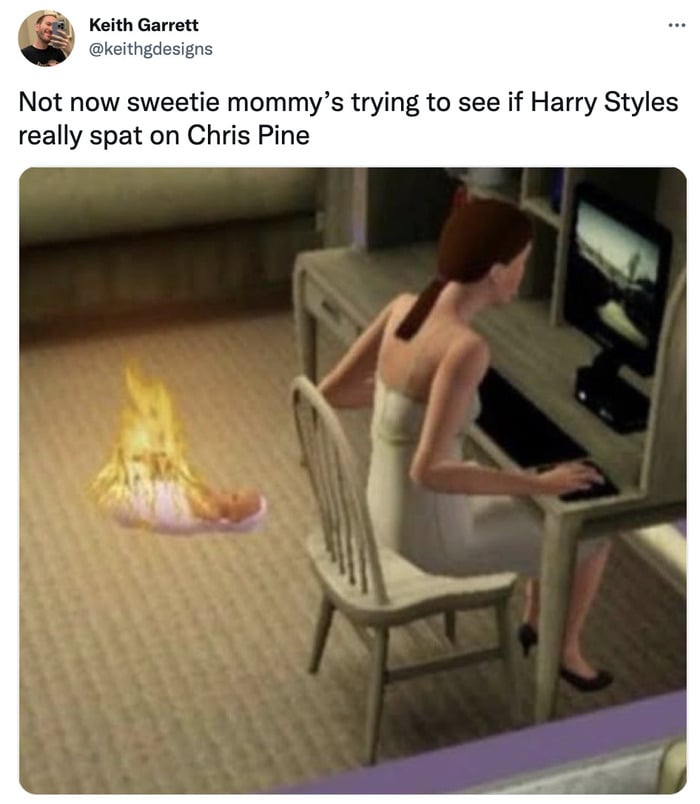 19. Why does this make so much sense, though? 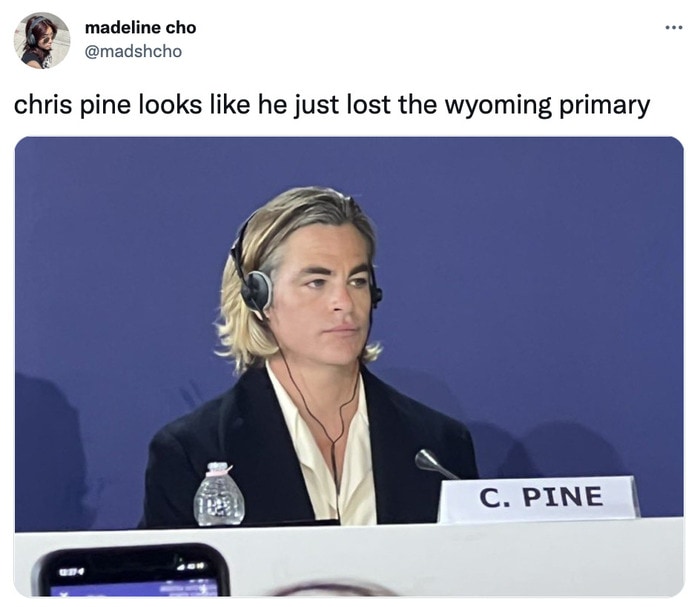 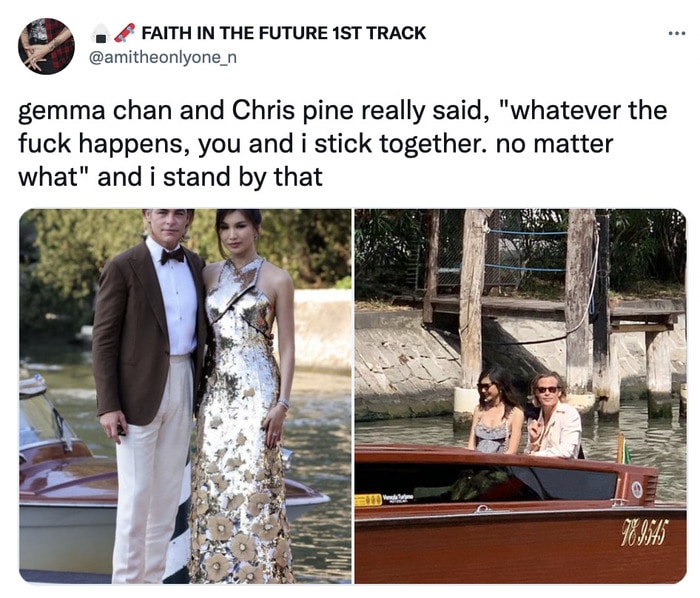 21. Everyone must be trying to find a parking spot.

22. Anyone else feel that rain?

24. Does he need a hug? We volunteer as tribute! 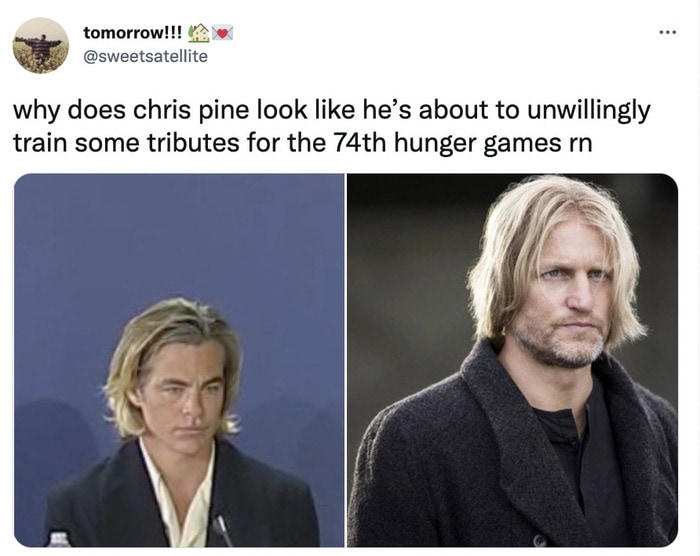 chris pine putting on his sunglasses as the lights cut… oh that man is taking a nap https://t.co/e1fN4EXFfs

Latest posts by Hannah Rex (see all)
As an Amazon Associate we earn from qualifying purchases. This post may contain affiliate links from Amazon and other sites that we collect a share of sales from.
135 shares