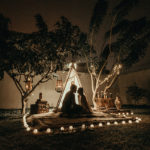 If your mind sometimes wanders into NSFW territory, you’re definitely not alone. Just ask our internet history. No matter how wild your daydreams get, there’s a pretty good chance they’re not as wild as you think. In fact, your raunchiest thoughts probably fall into one of most common sexual fantasies for women.

Want the neighbors to see you? Want a roll in the hay with after your partner brings you breakfast in bed? Can’t stop thinking about your former boss? All of these fantasies are totally normal. Unlike your predilection for stuffing your mattress with hay.

What Do Women Fantasize About?

“Desire is expansive, complex, and creative,” says Rachel E. Simon, LCSW MEd, a psychotherapist who specializes in sexuality and gender. But, “people can feel conflicted by negative messaging about sexuality outside the ‘norm. We live in a sexually repressed society that involves a lot of shaming, a lot of withholding of information, and a lot of purity culture.”

For a long time, modern society want to assume women didn’t fantasize about sex. That all changed in 1973 during the second wave of feminism, when Nancy Friday collected hundreds of women’s sexual fantasies and published them in a compilation called My Secret Garden. Which, although it sounds just like The Secret Garden, is not that book at all.

Then, a 2014 study in the Journal of Sexual Medicine revealed that most “unusual sexual fantasies” aren’t actually that unusual (with a few extremely illegal exceptions).

In 2018, Kinsey Institute researcher Justin Lehmiller, PhD surveyed 4,175 Americans about their favorite sexual fantasies and compiled the results in his book Tell Me What You Want. The follow-up, Tell Me Where You Want to Go For Dinner, is coming later this year. He found that while 98% of people admit to having fantasies, only 23.4% have acted on their favorite.

According to Lehmiller’s research, here’s what women want. (In addition to equal rights, equal pay, and champagne at the press of a button.)

The 7 Most Common Sexual Fantasies for Women

In Lehmiller’s survey, 99% of women reported fantasies that involved emotionally connecting with a sexual partner to feel loved, appreciated, and desired. If you too share this common sexual fantasy, try telling your partner what makes you feel more loved and desired. And, ask them what makes them feel the same way. If that doesn’t work, “accidentally” leave this post open on your phone.

When you’re in a long-term relationship, it’s easy to fall into a routine: same person, same place, same positions, same… everything. The study found that 97% of women have fantasized about having sex in a new place or way.

“We tend to be really goal-oriented about sex and focus on getting each other off to consider it a ‘successful’ sexual encounter,” Schmit says. “But that leads to using tried-and-true methods, and eventually that becomes boring. Our brains require novelty.”

No, this doesn’t mean you’ll lose your feminism card. Schmitt explains, “People with progressive values who are deeply invested in social equality are more likely to be drawn towards sexual fantasies that play with power dynamics.”

Or, as modern philosopher Ali Wong once said, “I’m the boss all the time, so in the bedroom, you be the boss. Because I’m the real boss, and I told you so.”

4. More Than Two In the Bedroom

Teamwork makes the dream work. Especially if the dream is multiple orgasms from multiple people. Not so much if it’s trying to get the team to align on a new logo.

In the survey, 87% of participants said they fantasized about scenarios like threesomes, group sex, and gangbangs. (Women most commonly fantasize about having sex with two men.) “It can be super exciting to think of oneself as simultaneously desirable to multiple partners at once,” says Simon. In these scenarios, you’re the sexiest one in the room and all eyes, hands, and lips are on you. What’s not to like about that?

This fantasy “allows us to experience novelty, simultaneous giving and receiving of pleasure, exhibition, voyeurism, and experimentation with new partners,” Schmit says. Inviting a guest star into your sexual fantasies works the same in the bedroom as it does on a sitcom: It makes everything more interesting, and it’s best if it’s some hot celebrity.

80% percent of women in the study reported non-monogamy fantasies like swinging, polyamory, cuckolding, or having an open relationship. Quick vocab lesson:

Finally, we can put those bullet journals to good use!

72% of women in the study fantasized about cultural taboos or sexual fetishes. These are things society says you’re not “supposed” to be into. Like pineapple on pizza.

“Often our most powerful fantasies are entirely counter to our actual values. Taboo activities are appealing because they’re considered bad or naughty,” Schmit says.

Kinks and fetishes — associating a particular object, body part, or sex act with arousal — fall under this umbrella. Exhibitionism is also a popular sexual fantasy for women.

59% of straight women in the survey fantasized about hooking up with another woman. And, 49% of women fantasized about being a different gender. We want to see research that offers insights into the fantasies of women who don’t identify as straight or are cisgender. When we do, we’ll update our coverage.

Latest posts by Madison Higgins Hwang (see all)
As an Amazon Associate we earn from qualifying purchases. This post may contain affiliate links from Amazon and other sites that we collect a share of sales from.
835 shares