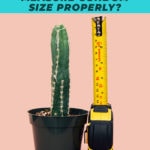 Wearing the right condom size matters, but how do you measure condom size? In inches, of course! You think we’re going metric for this? Not over Abraham Lincoln’s dead body! (He was 6½”.)

It’s not the size of the boat, it’s the motion of the ocean. But it’s important to protect your ocean from things like pregnancy and STIs. So that you’re not stuck relying on whatever Magnum condom your partner’s carrying around because his last girlfriend convinced him he was too big for “slim fit,” here’s a breakdown of condom sizes in inches and how to pick the right one for you or your partner. We’ve also included a condom size chart in case you’re buying some right now.

Why Does Condom Size Matter?

Condoms are one of the most common forms of contraception (it’s just below the pill and, surprisingly, having your tubes tied). It’s the best option for protecting yourself from STIs.

Exceptions are to be made for people trying to have kids and monogamous couples who actually trust each other. You know, unicorns.

Since you don’t want your condom to tear or slip off, it’s important to find the right fit.

Are Condoms One Size Fits All?

No, not all condoms fit every dude. But, I’ll admit it — after seeing singer Zara Larsson pull a condom over her leg to prove no one is “too big” to wear condoms, I also assumed condoms were pretty one-size-fits-all.

But then my boyfriend and I broke a condom.

I was so full of Plan B that I moved on to Plan C: telling him he needed to get over his modesty (he was a weird, humble dude) and size up to Magnums.

A few years later, I ran into the opposite problem: a guy I was hooking up with pulled out a Magnum, winked at me (which should have been my first red flag) and asked, “Excited?” I was even less excited when he put it on and his penis looked like a kid wearing his dad’s overcoat. I did what any self-respecting woman would do. I topped it with a tiny fedora.

The point is: size matters, at least when it comes to condoms.

Size queens aside, most of us aren’t here to judge your “snug” condoms. Only around 25 percent of women who have sex with men orgasm from vaginal intercourse anyway — so buy whatever condom size fits, and brush up on your oral skills.

How to Measure Your Partner

You and your partner might enjoy — or hate — it when he bangs into your cervix, but when it comes to picking a condom that fits, it’s not the length that matters so much, but the girth of his member that will probably determine what condom fits the best. So let’s get to the measuring.

How to Measure Length

This one’s simple: Measure length in inches or millimeters from the pubic bone to the tip of his erect penis. You want the condom to cover the whole thing.

How to Measure Width

Condom size is rarely on the box which makes this game almost as fun as Cards Against Humanity was ten years ago. But, when you can find it, you’ll find condoms are measured flat and in millimeters (mm). Next, you’re going to have to figure out how to turn his three-dimension wand into a two-dimensional number. Somewhere, there’s Harry Potter fanfic about this.

(If you are not the penis-haver in the relationship, maybe let them handle the measuring, because this is about to get seriously unsexy.)

To get those flat width measurements, use a soft tape measure and wrap it around the thickest part of the shaft when it’s hard. Divide this number by 2.25 to get the width. Multiply this number by 25.4 to convert it to millimeters. (You can also use a string or strip of paper and lie it on a standard ruler to get the measurement.)

Just the tip: Why don’t you divide it by pi (or 3.14)? Because when you measure a condom flat, the width is wider.

Now that you’ve got the length and width, plug your measurements into MyOne’s calculator to find the condom that will fit best or use the condom size chart below. Like jeans and shoes, every company has their own unique definition of snug, large, and average condom sizes.

The charts below are organized by smallest to largest flat width. Condoms come in three sizes, which are grouped by width, not length, because condoms can stretch. If it’s so tight it’s uncomfortable, look for one that’s larger in width or longer in size. 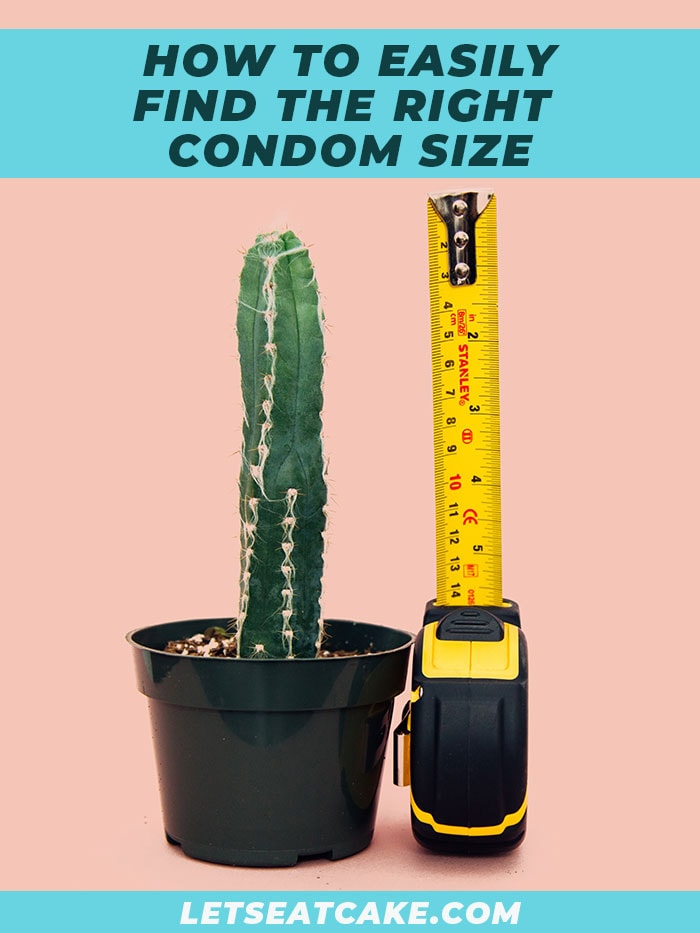 Latest posts by Sarah Hartshorne (see all)
As an Amazon Associate we earn from qualifying purchases. This post may contain affiliate links from Amazon and other sites that we collect a share of sales from.
466 shares