If you’ve ever wanted to make an Old Fashioned over the holidays and wondered, as you rummaged through your parents’ liquor cabinet, if bourbon would work in place of whiskey, what you’re about you learn will help. Why? Because we’re going to explain the difference between bourbon and whiskey.

Bourbon and whiskey are similar, but they are not the same. Like a square is a rectangle, but not all rectangles are squares, all bourbon is whiskey, but not all whiskey is bourbon. Also not all Chads are the tech bros. (Just most of them.) 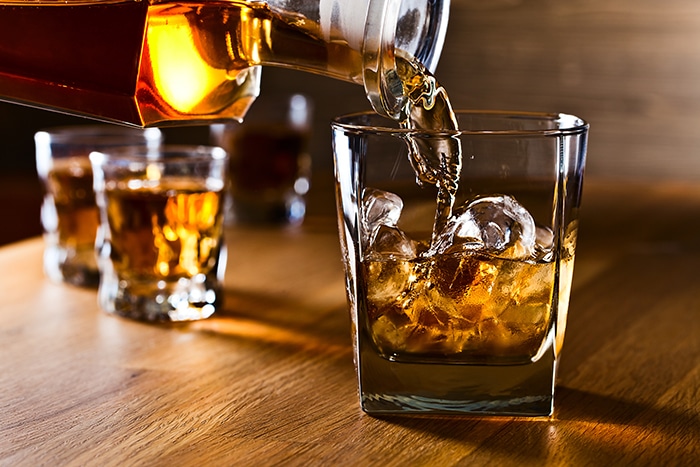 Whiskey is a brown liquor that must be made from a fermented mash that’s at least 51 percent of one type of grain and then aged in wood, usually oak. Whiskey must be no more than 190 proof (95% ABV) and no less than 80 proof (40% ABV).

Those cereal grains include wheat, barley, corn, or rye, which is why you can have so many types of whiskey. Any of them are just fine to pour into your “water” glass at 4pm.

Where whiskey is made determines whether or not it’s spelled with an e. Scotland, Japan, and Canada all drop the e, whereas America and Ireland use it. Each type of whiskey has rules that govern which type it is. Aging, the mash composition, and the type of wood its stored in all are important.

The origin of whiskey has been lost to time, but it seems that it was invented somewhere around 1500 by the Scottish or Irish who used barley for the mash. Barley wasn’t as available in Colonial America, so starting around 1780 they began harvesting corn and rye instead.

The prevalence of those two grains helped the spirit gain popularity to the point that even America’s first president got in on the craze. In fact, at the time of his death, President George Washington had become America’s largest whiskey producer.

Just after leaving office in 1797, George Washington teamed up with James Anderson, who recommended they try distilling the rye at Mount Vernon. It worked, and for the last two years of Washington’s life they ran a distillery, making a rye whiskey from a blend of 65% rye, 35% corn, and 5% malted barley.

What About Tennessee Whiskey?

Tennessee whiskey must be made in Tennessee from at least 51 percent corn, filtered through layers of charcoal, and then aged in new charred oak barrels. The charcoal filtering is known as the Lincoln County Process and ostensibly works harder to remove impurities than our five-year-old Brita filter.

Spirits in the Whiskey Family 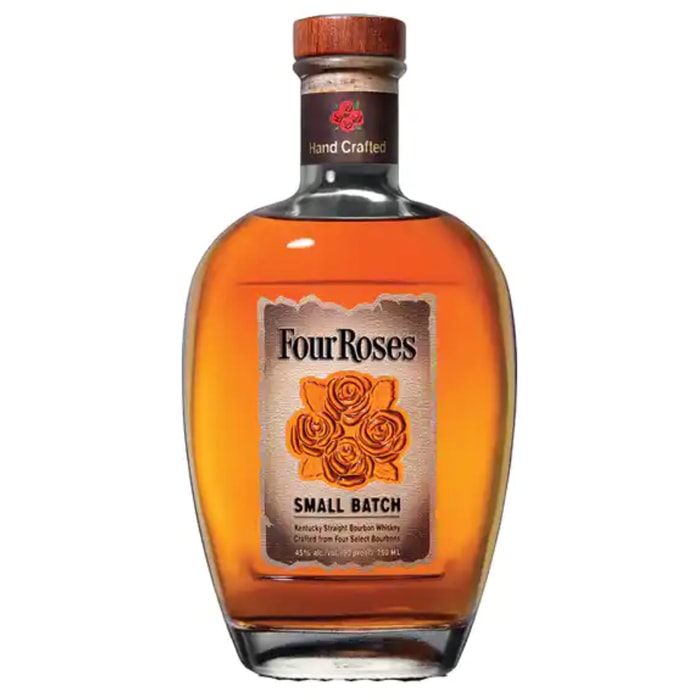 Bourbon is a type of whiskey made from at least 51 percent corn and aged in new charred oak barrels. It must be made in the United States, distilled to no more than 160 proof, barreled at no more than 125 proof, and bottled at at least 80 proof. Straight bourbon must be aged for two years or more.

Bourbon is the most popular type of whiskey in the States as generally it’s sweeter than its spicy rye cousin. But, the flavor of bourbon varies dramatically depending on what the second major ingredient is.

Finally, if you see the words cask strength or barrel proof on a label, that means the bourbon is undiluted from what comes out of the barrel. It’s typically more expensive because the distiller doesn’t dilute it, so fewer bottles are available.

So, what about that Old Fashioned? According to Colonial Spirits, the world’s first “documented cocktail” was likely originally made with rye. Cheers, George!

Latest posts by Rebecca Swanner (see all)
As an Amazon Associate we earn from qualifying purchases. This post may contain affiliate links from Amazon and other sites that we collect a share of sales from.
62 shares