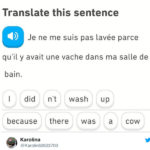 Between all the apps that let you binge-watch dog videos, pour real money into a fake beet farm, and order three pounds of jalapeno poppers at two in the morning, it’s important to remember that you can also use your phone for self-improvement. For example, millions of people are currently using apps to learn a new language.

The language learning app Duolingo — with its quirky practice phrases, aggressive branding, and persistent green owl mascot Duo — is one of the leaders in the space with more than 300 million registered users… which is 300 million more than came to our last birthday party.

It was just a matter of time until Twitter made Duolingo memes a thing. And, frankly, we’re surprised it took users this long to turn the evil Duolingo owl’s passive aggressive practice reminders and the in-app lessons into memes.

But, the Internet always provides, and now there’s even a Duolingo subreddit devoted to it.

19 of Our Favorite Duolingo Memes

Here’s a few of roundup of our favorite Duolingo memes, plus some in-app screengrabs that left us more than a little shook. (Don’t show this sentence to our copy editor. She’s scarier than the owl.)

1. Duolingo has cameras in our house. 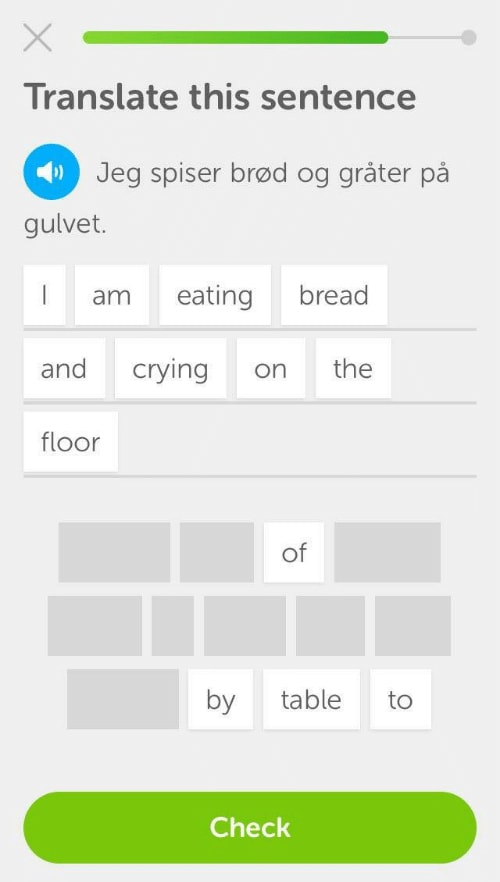 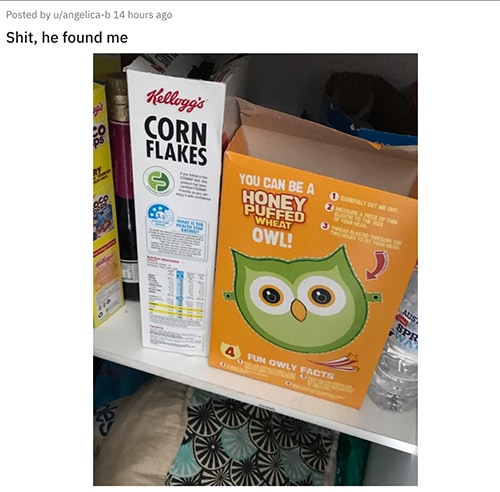 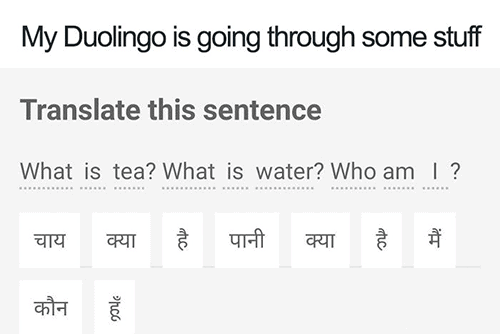 4. And we would have gotten away with it if it weren’t for that pesky owl! 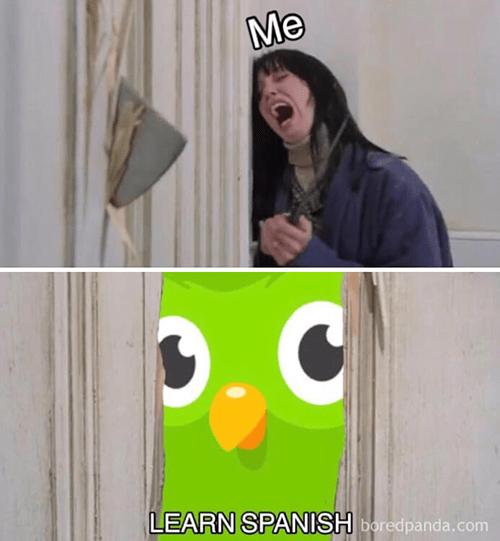 9. They said less would be rude. 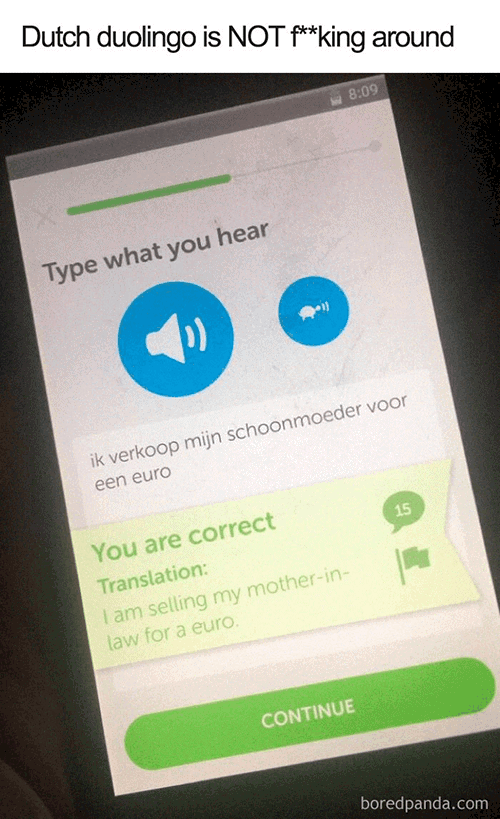 After I lost my 80+ day streak. Erm.. okay #duolingo ? pic.twitter.com/naO3aRZCvN 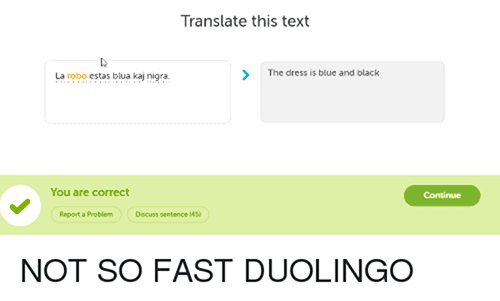 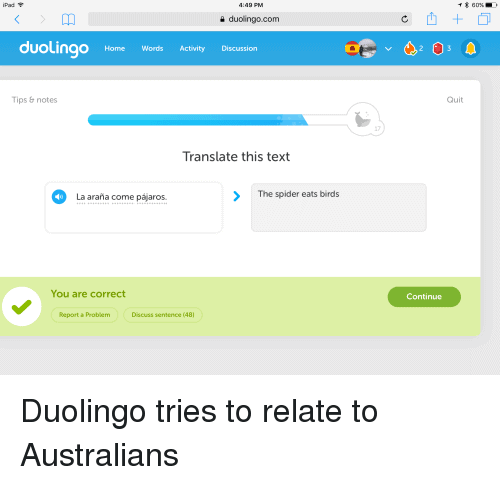 #Duolingo bringing the goods whilst I keep my hand in with Swedish! pic.twitter.com/pjjF5sabRn

14. Luis needs to go to the hospital.

I don’t think the people on my Spanish learning app are okay… pic.twitter.com/X3bBaWDOqQ

16. Will these blue light blockers protect me from the owl? 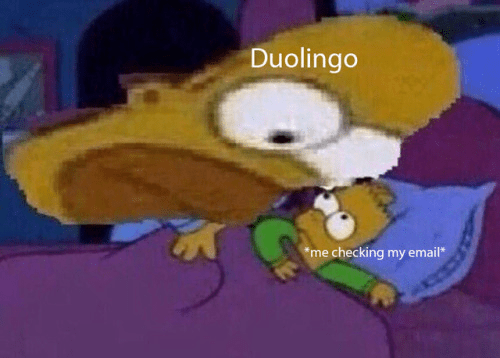 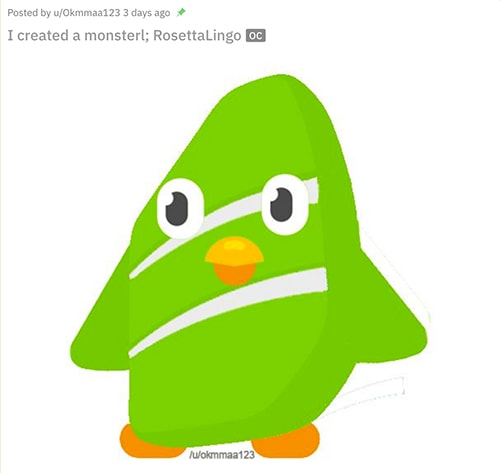 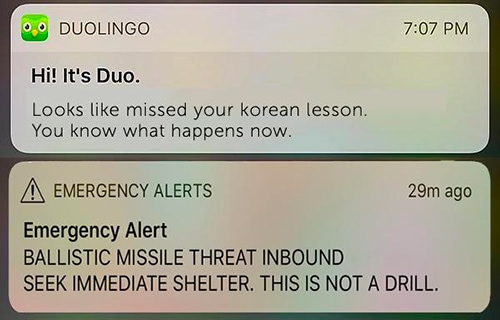 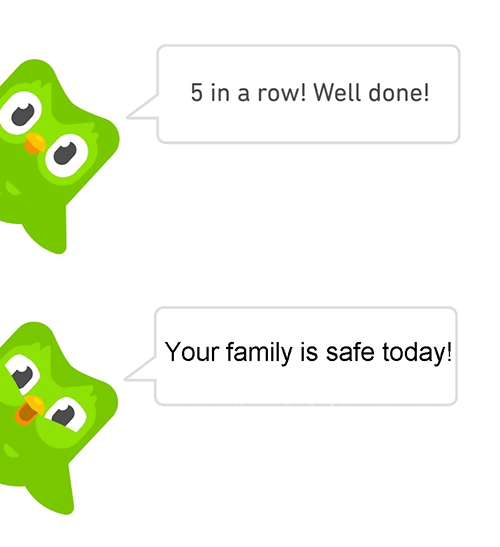 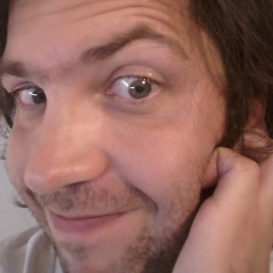 Tyler Peterson
Tyler is a writer and musician based in the Midwest. His work has appeared on Cracked, The Agony Booth, Robot Butt, and Points In Case. He enjoys music, pets, and fancy drinks. You can find him on Twitter at @dangercake666

Latest posts by Tyler Peterson (see all)
As an Amazon Associate we earn from qualifying purchases. This post may contain affiliate links from Amazon and other sites that we collect a share of sales from.
7.7K shares