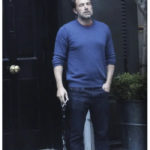 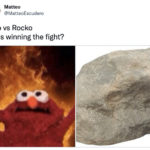 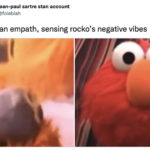 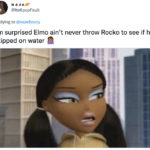 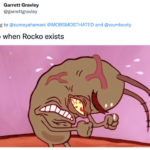 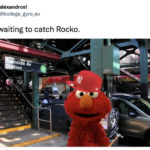 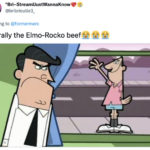 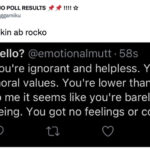 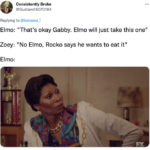 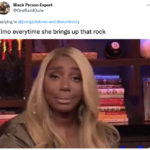 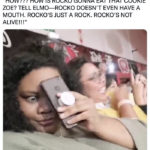 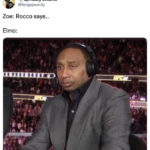 Forget about Taylor and Kanye, Biggie and Tupac, and you and the girl who stole your dream role in the high school production of Wicked. There’s a new rivalry in town: Elmo and Rocky. And, it’s front and center in all these Elmo and Rocco memes and tweets.

If you don’t have a toddler or an IV connected to Twitter, this is about Elmo, the beloved puppet from Sesame Street, and Rocco, who is Zoe’s pet rock. Elmo’s dislike of this small stone has resurfaced thanks to a few clips online, and we’re taking notes on how well he throws shade. Where was this lesson when we were growing up? 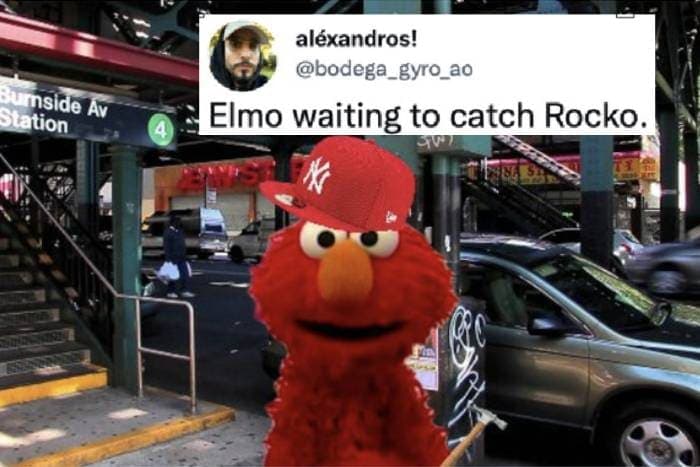 From a cookie debate to a birthday party filled with disdain, the Elmo vs. Rocco memes and tweets are just what you need to calm down with when that coworker schedules yet another meeting that could have been an email.

Just remember that unlike Rocco, they do have ears, and your mic should always be on mute.

there are tears in my eyes y’all my stomach hurting pic.twitter.com/bbkF9yDZLf

The 25 Best Elmo vs. Rocco Memes and Tweets 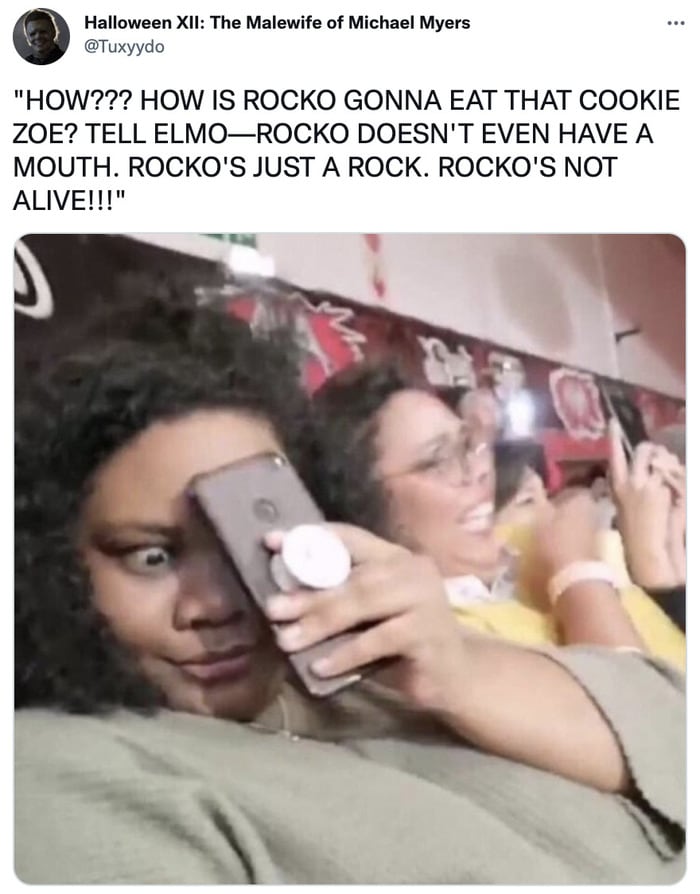 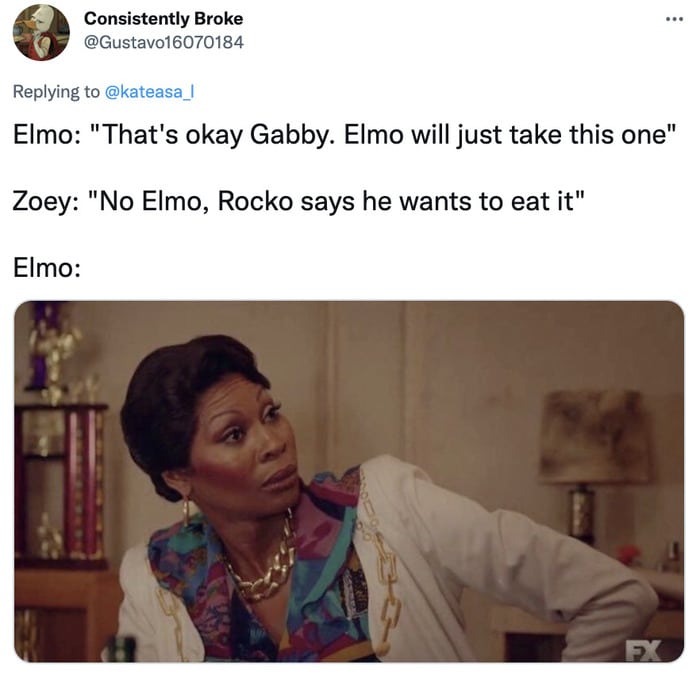 PLS, Elmo is TIRED of this dang rock AND his family!!😂😂 #Rocko pic.twitter.com/3rTUQLhJPY

5. He’s been tickled one too many times. 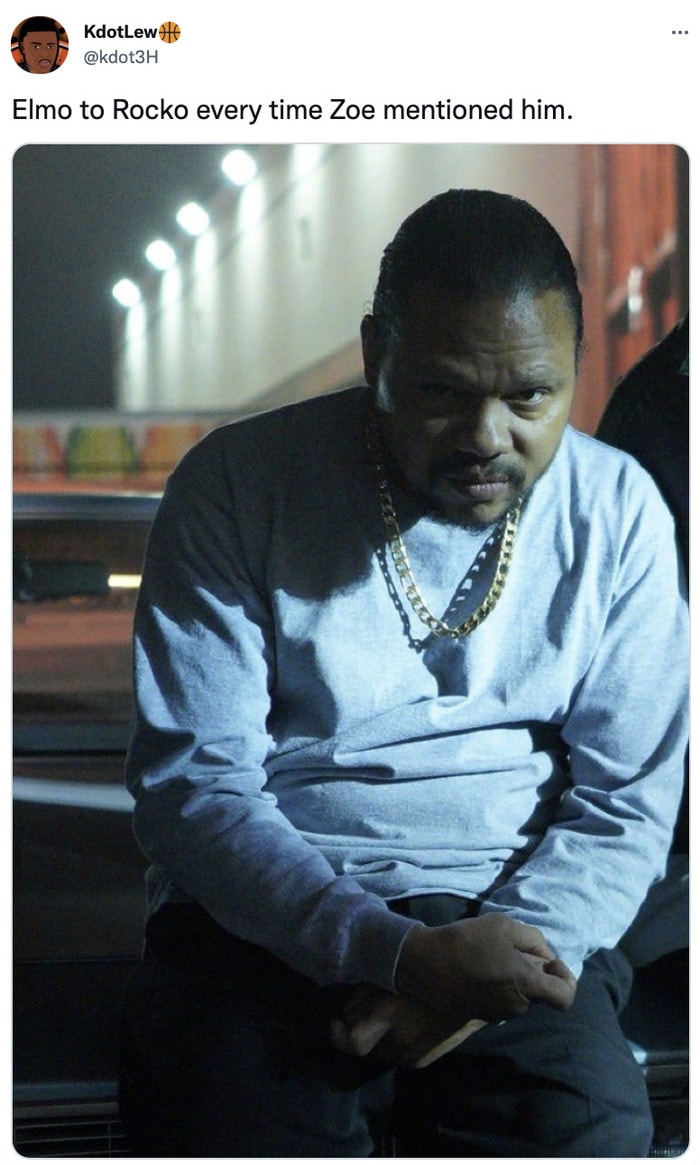 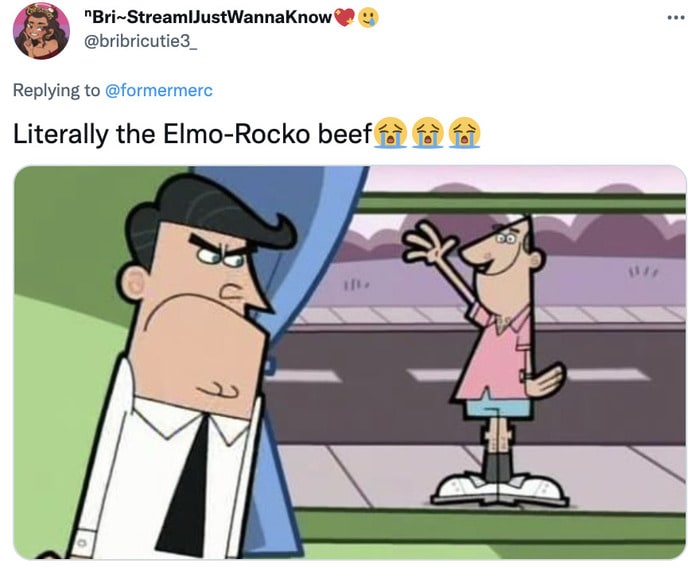 8. We could have learned a lot more words as a kid if Elmo was unfiltered. 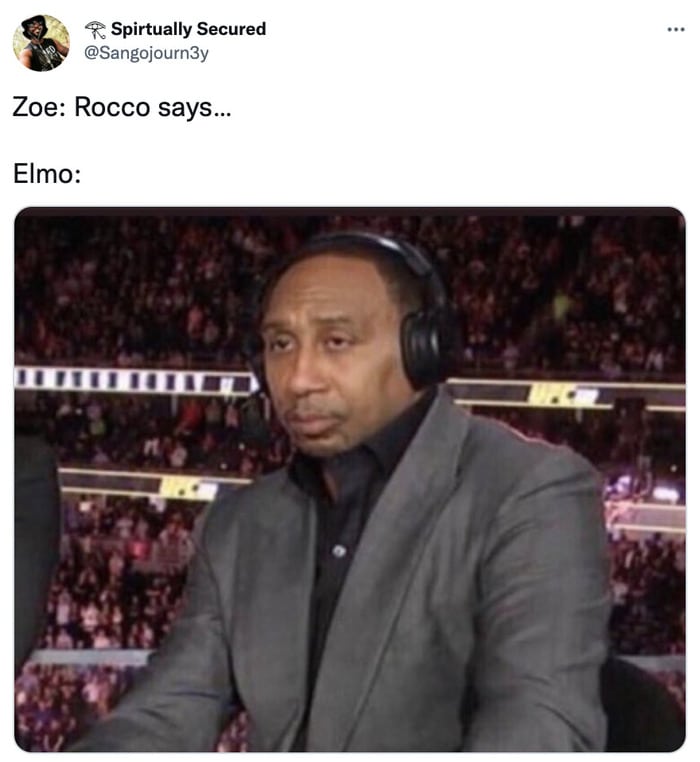 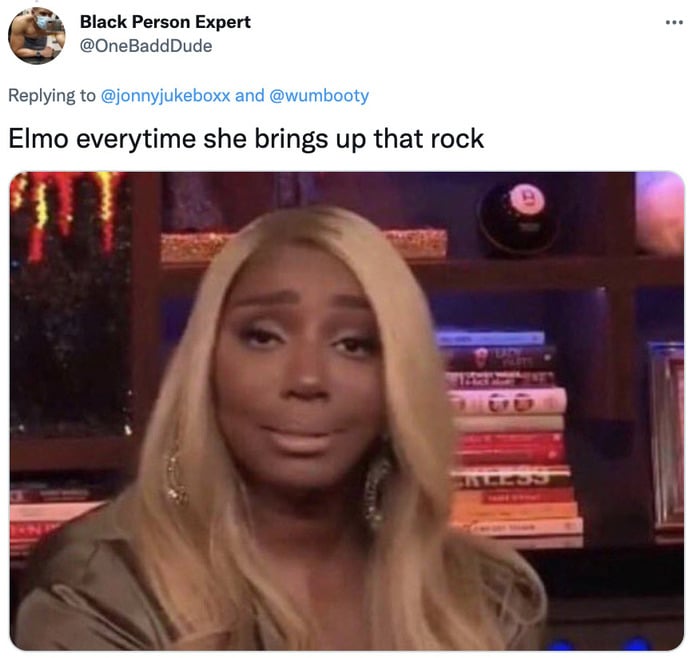 Bro no why she keep fckn with Elmo 😭😭 pic.twitter.com/YW217q2bgp

11. Not the three best friends that anyone could have. 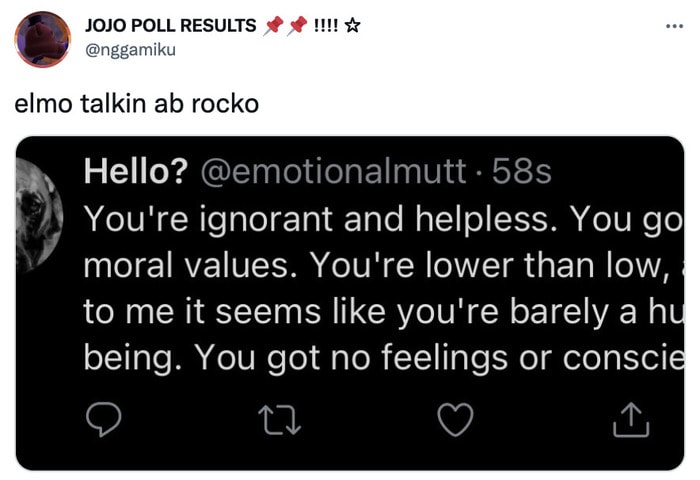 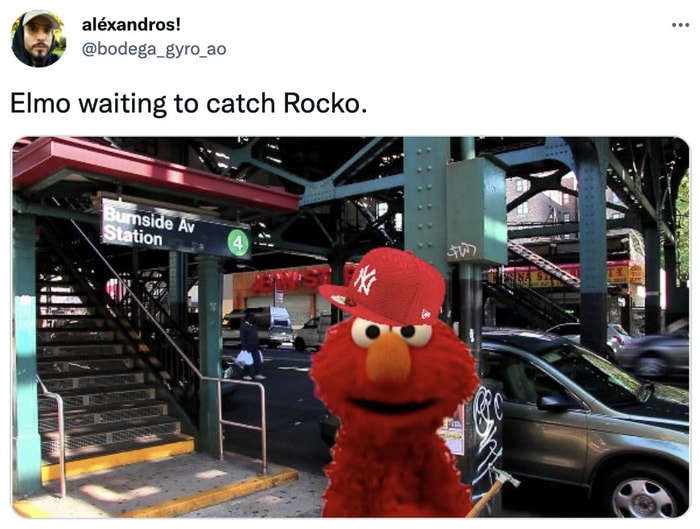 14. We’ve never related more to a puppet. Except that one time dressing up as NSYNC.

Elmo having a mental breakdown because of a Rock aka Rocko is so relatable. pic.twitter.com/bp4Kwpgbm9

15. In hindsight, we now realize that we really related to all the angsty cartoon characters. Foreshadowing? Perhaps. 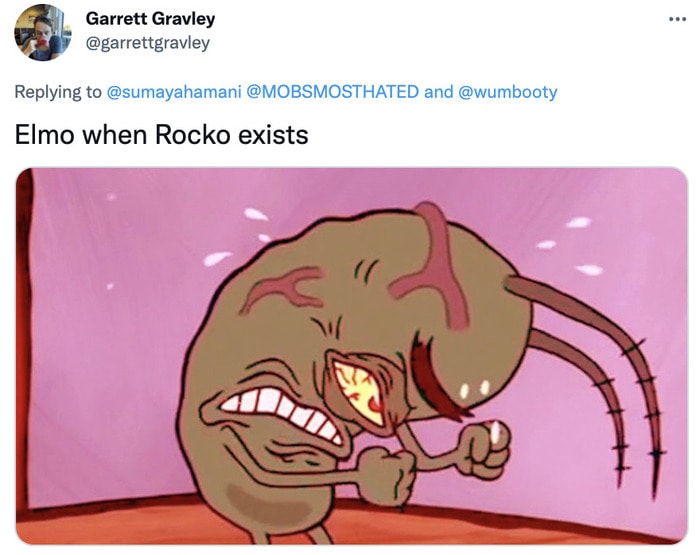 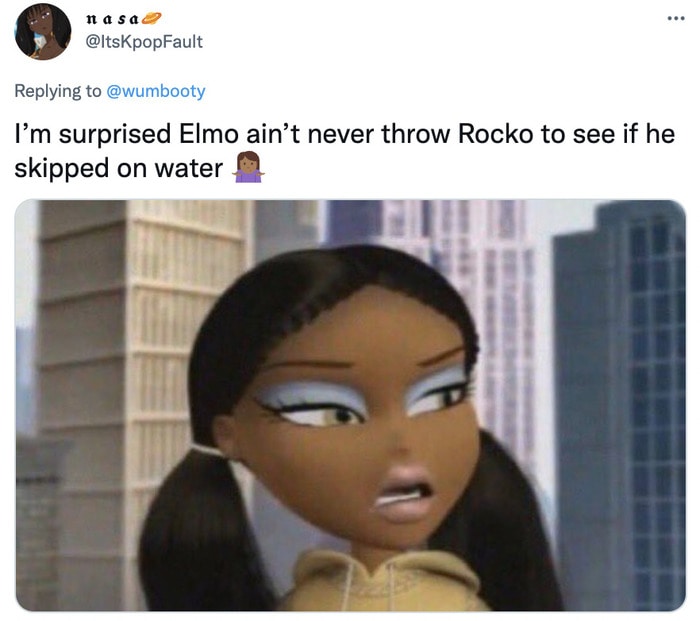 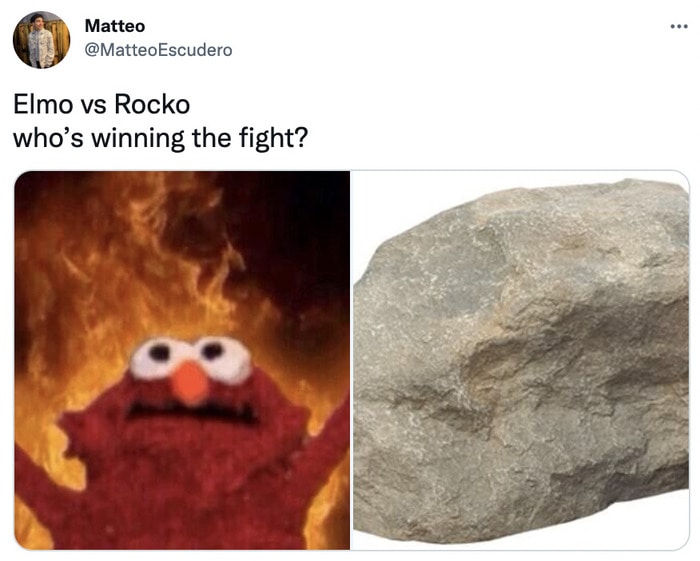 19. It’s been a long day learning letters, and this is the LAST thing he needs. 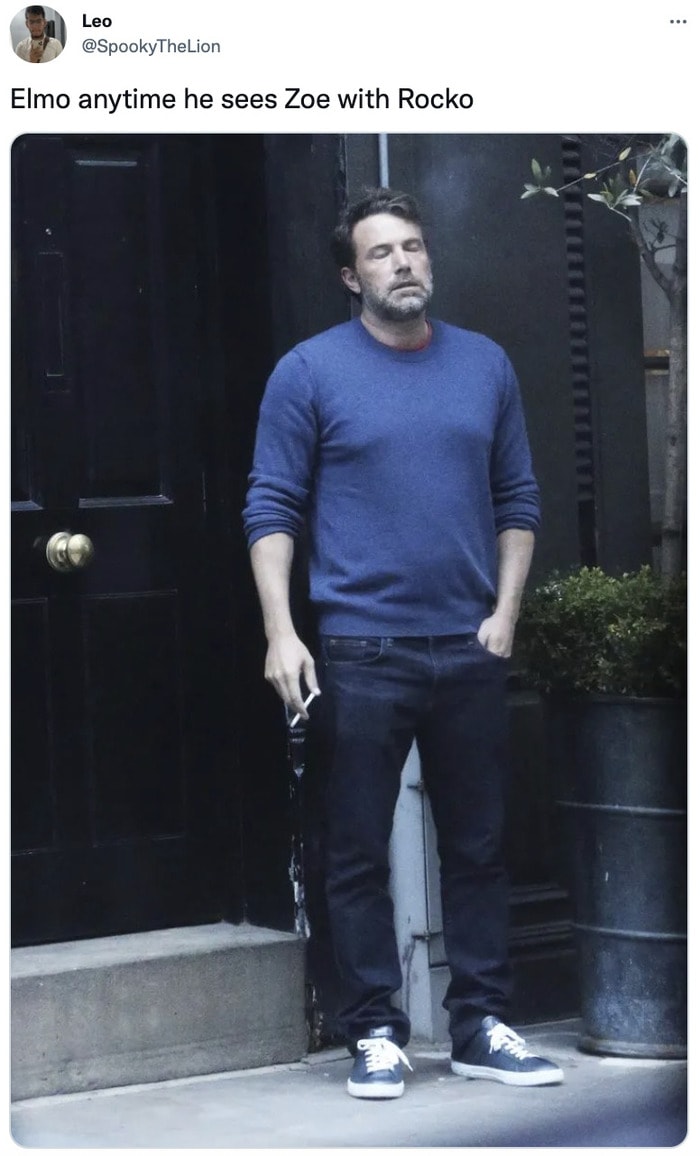 20. The origin story we never knew we needed.

But Rocko would’ve been wrong if he had said Elmo was a Puppet oh ok🙄 pic.twitter.com/OkT2EXSBZh

22. Us ignoring people, every time we go to the grocery store.

23. We bet he didn’t even bring a bottle of cheap wine.

I haven't seen this Elmo and Rocko clip up on Twitter yet. So here it is. pic.twitter.com/TCSB0UfG3h

Latest posts by Hannah Rex (see all)
As an Amazon Associate we earn from qualifying purchases. This post may contain affiliate links from Amazon and other sites that we collect a share of sales from.
338 shares