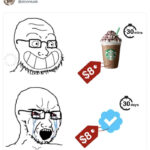 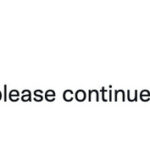 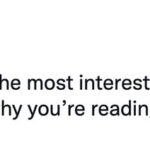 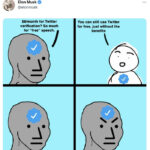 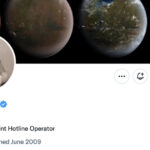 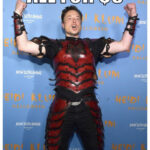 In yet another event that shouldn’t have been on our pop culture bingo card, Elon Musk now owns Twitter. The multi billionaire, who also owns Tesla, SpaceX, and a few other endeavors, decided to add “Chief Twit” to his resume.

But given Elon Musk’s recent tweets (and memes), we suggest “Chief Twitter Troll” instead. 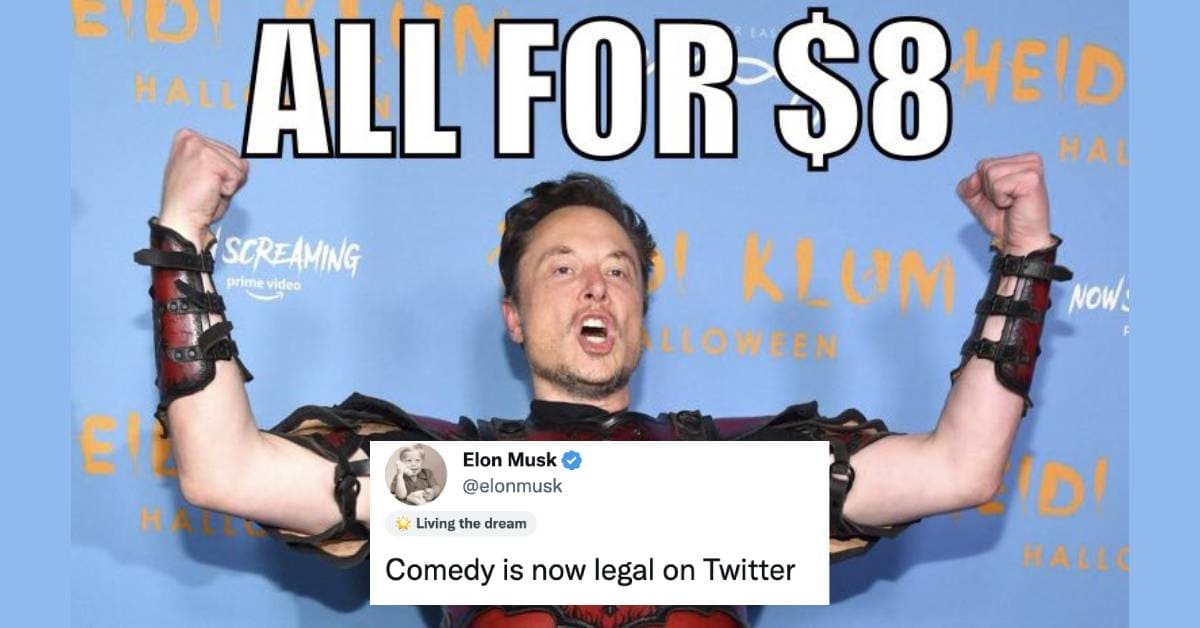 Since walking into Twitter HQ with a sink (to let his new ownership “sink” in…okay, Dad), Musk fired the existing CEO, the Human Rights team, and hundreds of employees. He’s also pushing a controversial idea to charge $8 a month for users to have verified blue check marks. We don’t think the changes are done there, either.

And he’s tweeted a lot about all of it.

As Carrie Bradshaw would say, we just can’t help but wonder…is Musk truly the protector of free speech? Or is he just the ultimate Twitter troll? After all, he did just change his title to “Twitter Complaint Hotline Operator” and his location to Hell. 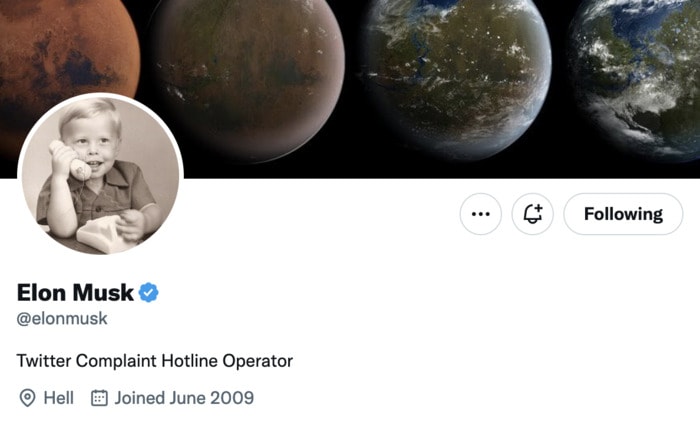 Now, Musk is no stranger to making bold and erratic tweets. And becoming the head of the company definitely hasn’t changed that. Even though you’d think he’d have his hands full with cool things like electric cars and Mars rockets, he seems to be spending a whole lot of time with his new 44 billion dollar toy.

Of course, these tweets don’t exactly follow an ideal HR rhetoric. Musk has been filling up timelines with memes, odd comments, and links to Monty Python videos. And this is why he’s currently holding the title as the biggest Twitter troll on the Internet.

As we figure out how we too can purchase a multibillion dollar company as a hobby, enjoy some of the most ridiculous Elon Musk tweets and memes since he’s taken over the blue bird.

1. Show us someone who can consume a frappuccino every 30 minutes, and we’ll show you someone with an insane caffeine tolerance. 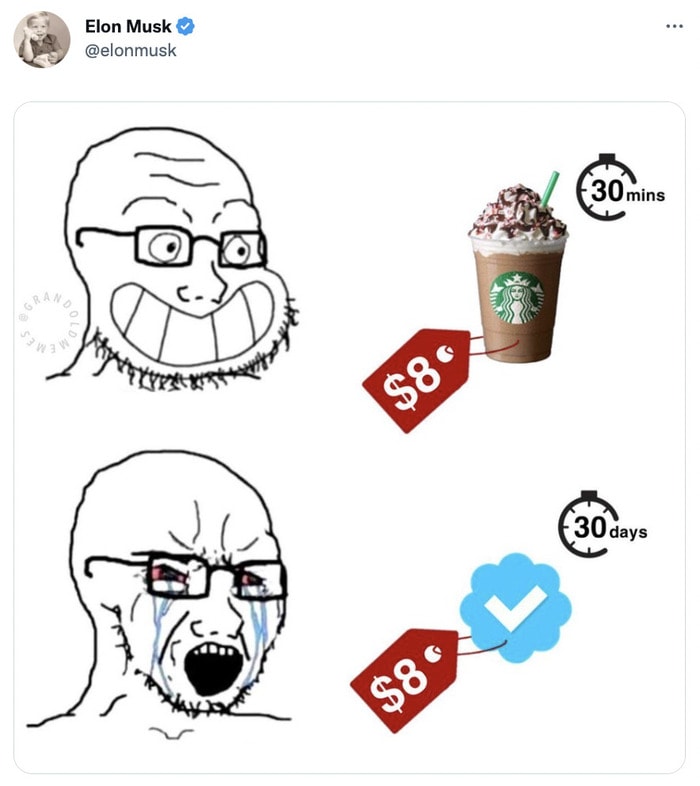 2. Well as long as we still get to complain!

4. Honestly, this is the most we’ve ever related to a billionaire.

Why is small talk even legal!?

6. What about the mitochondria? Does it know?

Being attacked by both right & left simultaneously is a good sign

Twitter speaks to the inner masochist in all of us

9. So long, blue bird. Hello…whatever this is. 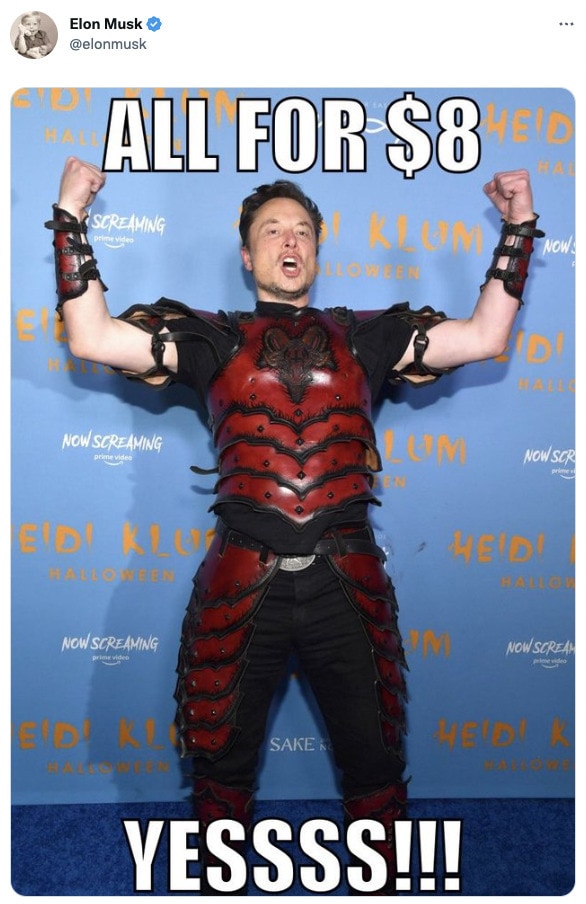 10. But not at the dinner table. Keep those puns away from our buns.

12. Should we be concerned? Is Twitter smarter than our Roomba?

Because it consists of billions of bidirectional interactions per day, Twitter can be thought of as a collective, cybernetic super-intelligence 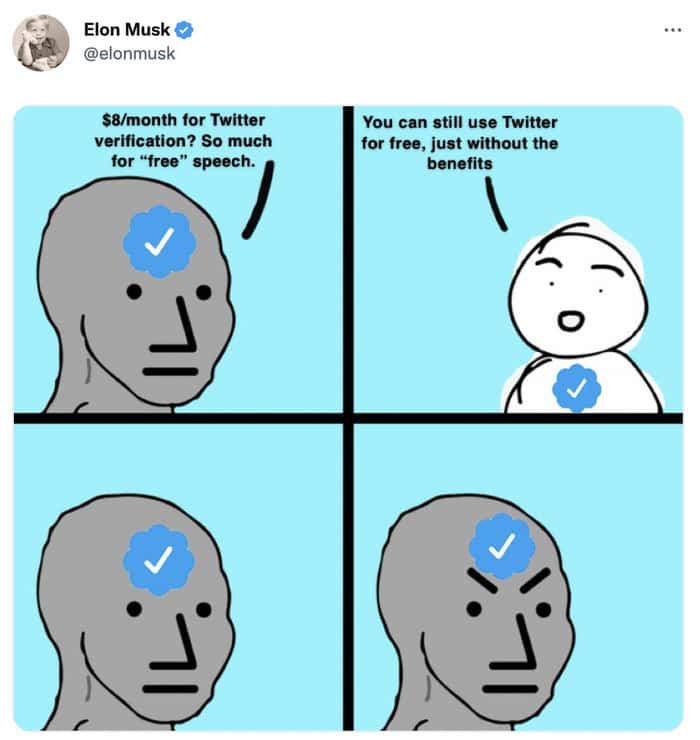 15. And finally: this has nothing to do with Twitter but it’s still really cool. Good luck out there on the Interwebs, friends!

Latest posts by Rebecca Swanner (see all)
As an Amazon Associate we earn from qualifying purchases. This post may contain affiliate links from Amazon and other sites that we collect a share of sales from.