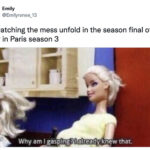 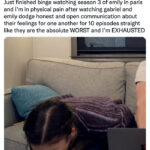 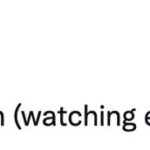 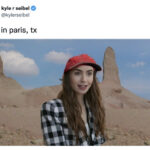 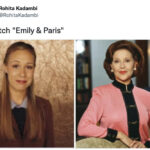 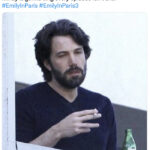 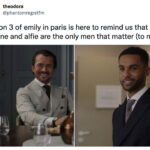 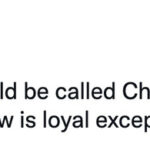 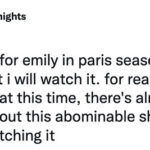 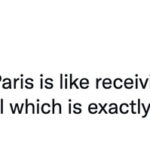 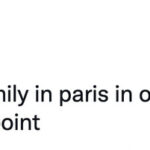 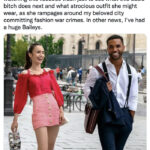 Bonjour, baguettes! Emily In Paris Season 3 has arrived, and so have the tweets, memes, and reactions to a show that’s both perfection and a walking disaster. It’s giving us chaotic outfits, work drama, relationship drama, and flashbacks to the trauma that was our high school French class.

And you know, it doesn’t matter if you’re watching Emily In Paris ironically or because you truly think it’s a good show. Either way, we can all agree that it’s entertaining. And that it’s just the distraction we need to get through these last few days of the year.

And that Emily could use one less pattern per outfit. 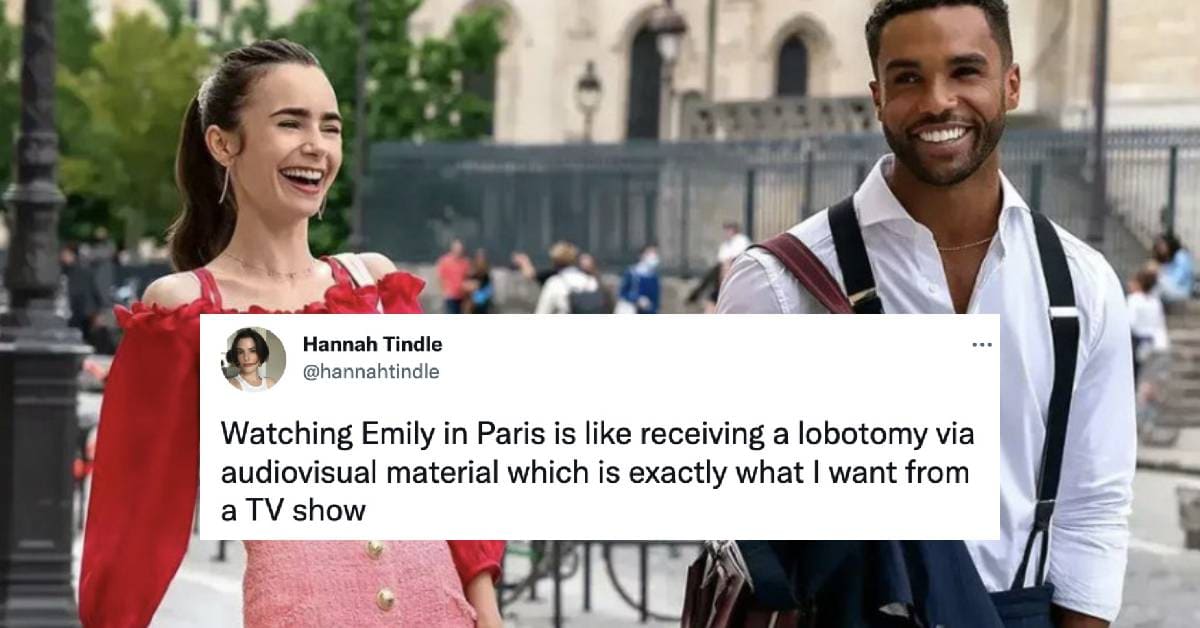 Now, there are some spoilers below. So if you’ve had any sort of restraint and haven’t binged all of Season 3 yet, proceed with caution. And, start building your case for team Alfie or Gabriel now, because the debate is hot. Just like them!

The 20 Best Emily In Paris Season 3 Tweets, Memes, and Reactions So Far 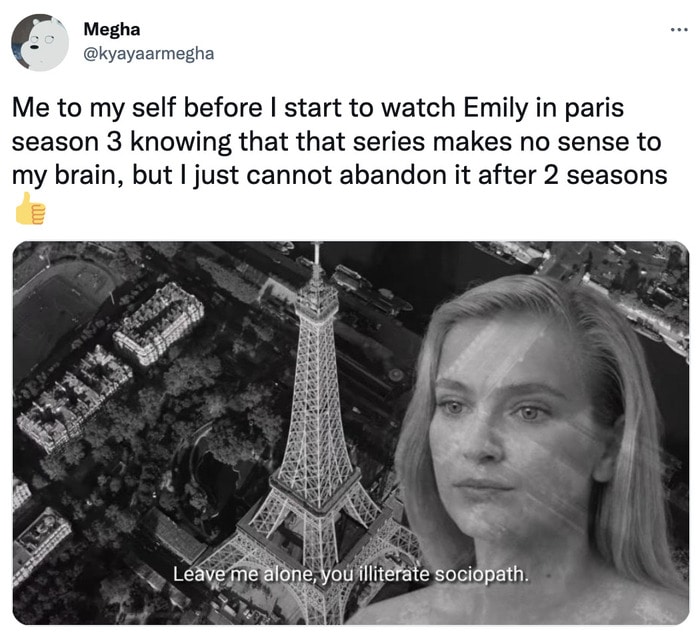 4. “Hi Netflix? We have some suggestions.”

5. Further proof that this show makes no sense. Look at that man in a suit!

6. We all know the real star of the show.

it's time for my annual binge watch of Emily in Paris, also known as Sylvie in Parispic.twitter.com/4AXxAjCzNl 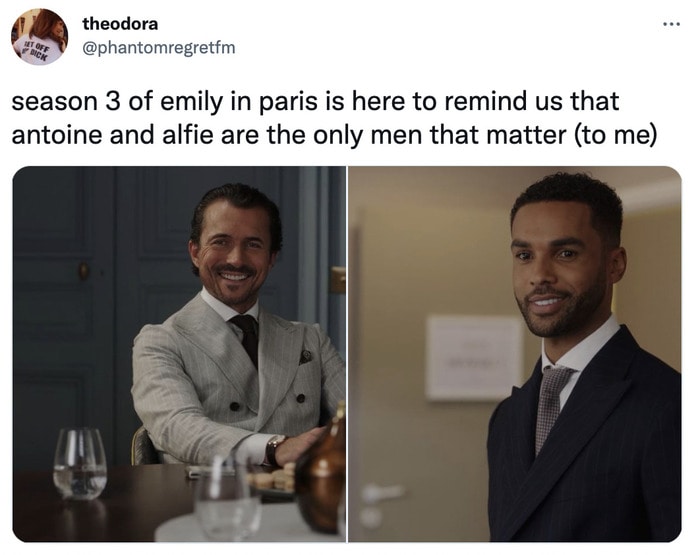 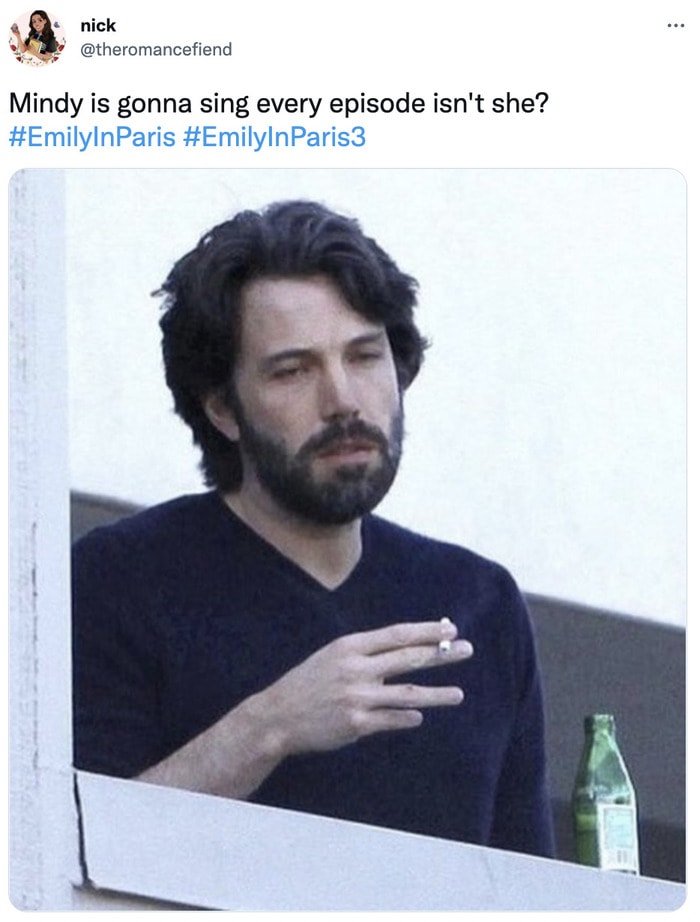 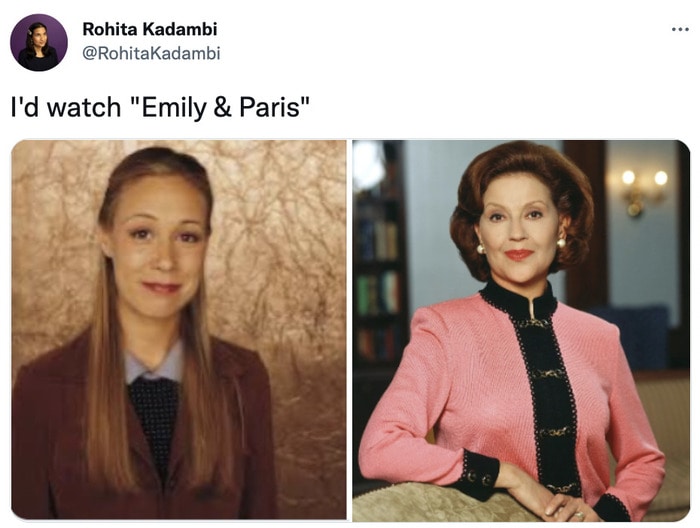 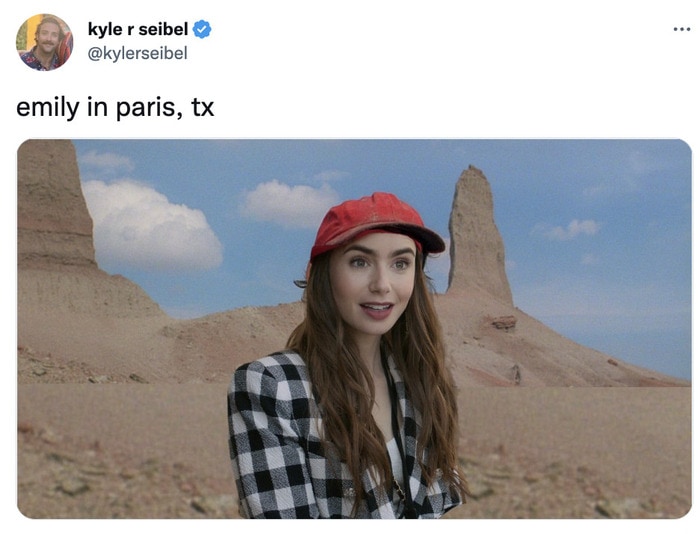 12. Just what we needed before heading home for the holidays!

13. They might have been on to something with that…

maybe emily in paris did deserve that emmy nomination pic.twitter.com/Xz1UxJCg3y

emily in paris s3 is out so it's a great time to remind you it should have been sylvie mommy in paris:(pic.twitter.com/2CwVdv2H5A

wait emily in paris season 3 is out? excuse me while i make this my entire personality for the next week pic.twitter.com/QanRAYucf6

17. It’s a rollercoaster, and we don’t want to get off. But we would like some funnel cake very soon. 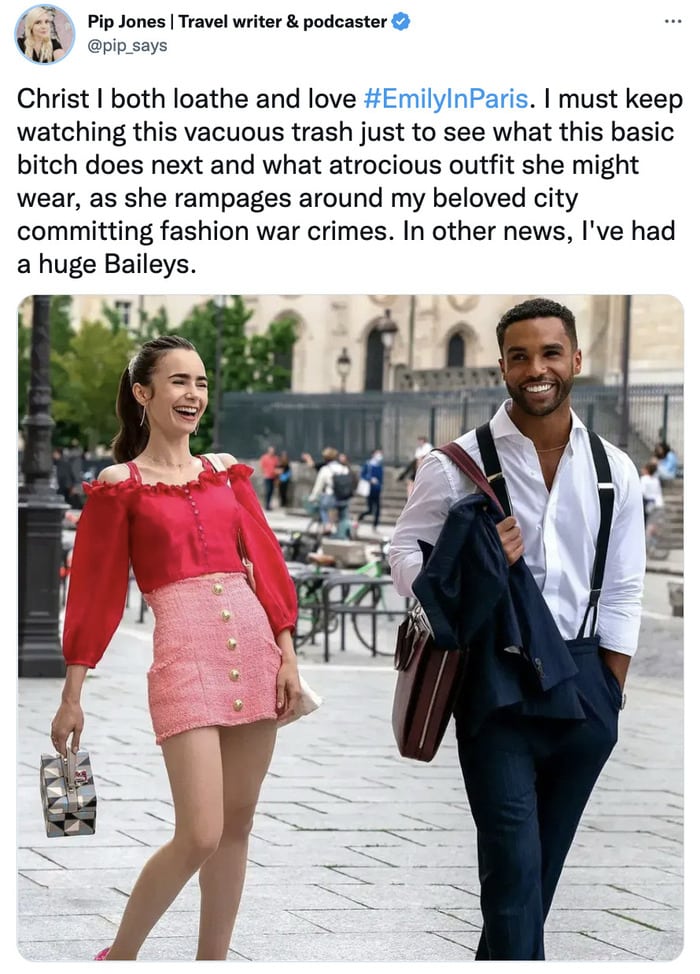 So i’ve finished season 3 of Emily in Paris and I have no idea what to do with myself after that ending. Season 4 right now pls pic.twitter.com/HBp7TEiTVm

19. It’s also 3am, but we’re sure that has nothing to do with the exhaustion. 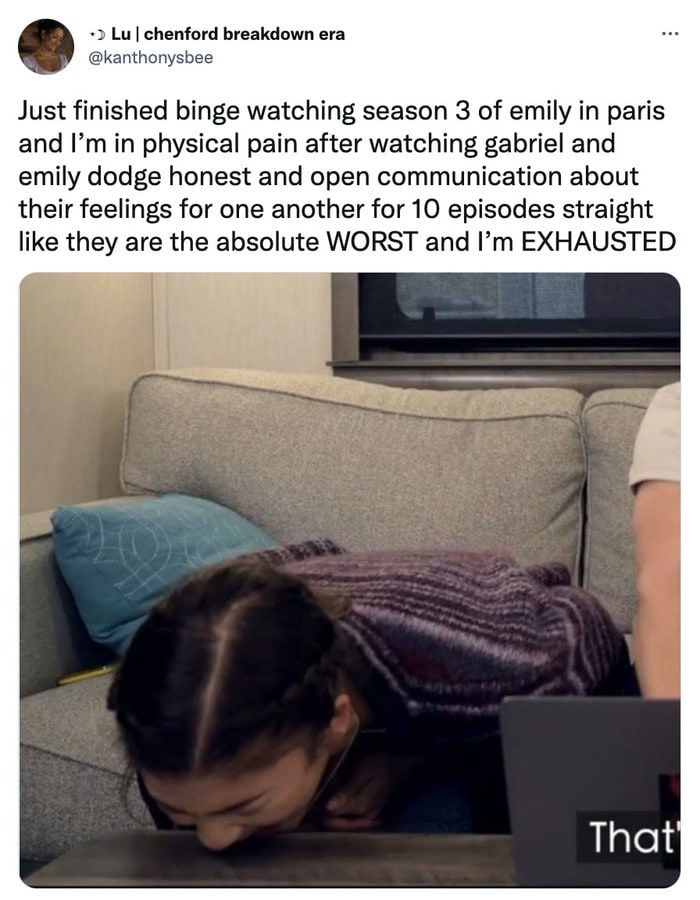 20. What can we say? We love a predictable plot twist. 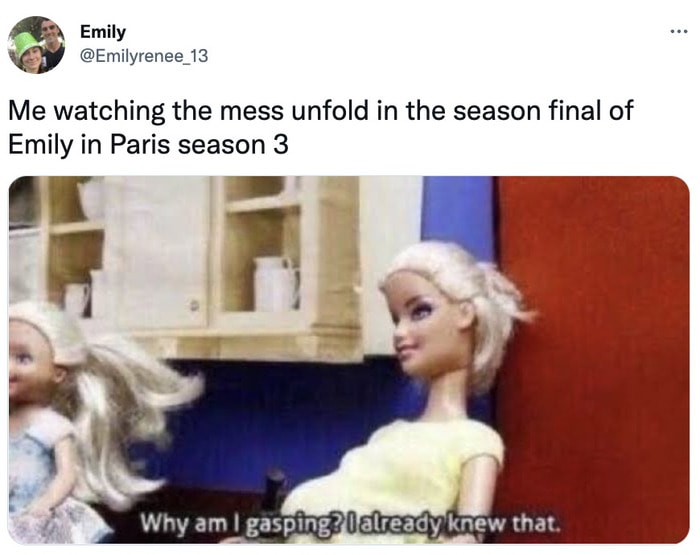 Latest posts by Hannah Rex (see all)
As an Amazon Associate we earn from qualifying purchases. This post may contain affiliate links from Amazon and other sites that we collect a share of sales from.
16 shares