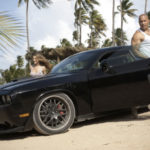 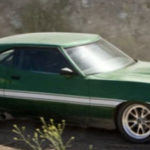 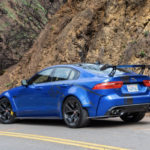 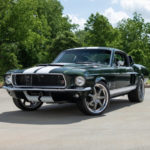 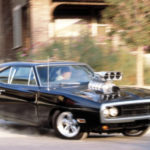 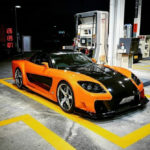 It’s almost time for the most consistent thing in our lives since 2001 – the next installment of the Fast & Furious movie franchise. F9 (or Fast and the Furious 9) hits theaters on June 25, 2021, almost exactly 20 years after the first one.

Considering the ending of 2017’s Fate of the Furious in which Dominic Toretto (Vin Diesel) goes against everything he’s ever said in the first seven films – the most important thing in life is family blah blah blah – we can’t imagine what else is to come in this next chapter. 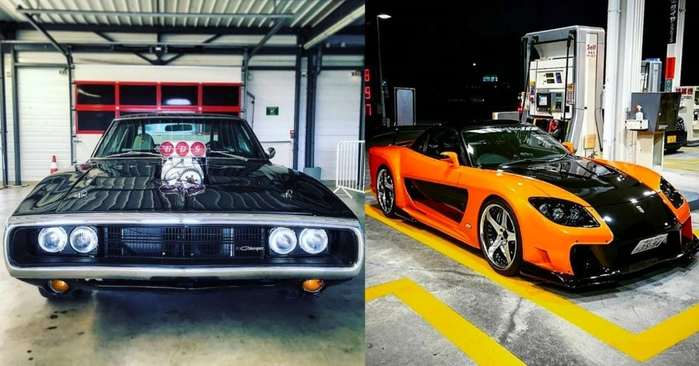 Our bet is on therapy, but our bookie says fast driving. We’ll see who’s right.

What we do know it’ll be absolutely ridiculous and likely include cars. So in honor of the highly-confusing titled and ever-entertaining film series, we put together our favorite cars from the movies.

The 10 Coolest Fast and the Furious Cars

If you’re thinking this neon green Eclipse looks like the kind of car someone would have if they were trying to appear as though they’re into street racing but they don’t really know anything, you’d be right. This was the car Brian (Paul Walker) showed up undercover in in Fast and the Furious.

At the end of the first film, Dominic races Brian in his beloved muscle car, his father’s 1970 Dodge Charger, with its rumored 900 hp. That’s horse power for all of us who have to check our registration to even remember the make of our car, which we’re sad to report does not actually include horses.

We’ve come a long way since 2001 and Hot Wheels cars if this rally-style Jaguar from the upcoming ninth film has anything to say. It is apparently is the fastest production car in the mid-range segment, whatever that means. Zoom zoom!

This car may look nice but it’s also the one that caused Letty (Michelle Rodriguez)’s wreck that resulted in her amnesia. Your actions have consequences, kids.

When Dom tells you that you owe him a 10-second car then you better give him a car. This tall glass of refurbished Sunny D debuted as Brian’s second car in Fast and the Furious. Sadly, without a side of toast.

While not the first time this sports car shows up (Johnny Tran drives one in the first film), no one does the S2000 like our girl Suki drives it in 2 Fast 2 Furious. And, yes, it’s pink. Or what Porsche is calling Rubystone Red these days.

The Mazda RX-7 is one car that makes several appearances in the Fast and Furious saga. With its twin turbo engine and ability to go from 0 to 60 in five seconds, we can guess why. (It’s got a good agent.)

This American muscle car made its debut in the Tokyo Drift, because everything about this car says “I’m a rally car.” Just really really quietly.

A post shared by Fast and Furious Cars (@cars_fastfurious)

Gisele (Gal Gadot)’s sleek Cayman doesn’t get much screen time in Fast & Furious 4, but it makes that up with hotness and speed. Which, apparently, only works for cars and invisible jets.

Dom races Brian in this sleek black Challenger at the end of Fast Five and at the beginning of Fast & Furious 6. And to the only available parking spot at Whole Foods in FF7.

Latest posts by Ashley Hubbard (see all)
As an Amazon Associate we earn from qualifying purchases. This post may contain affiliate links from Amazon and other sites that we collect a share of sales from.
54 shares