The VP debate was mostly peaceful, relatively civilized, and there was 1000% less interruption that the presidential whatever that was last week. Not to say there wasn’t… a lot. Twitter was calm… and then a fly landed on Mike Pence head. And, suddenly all of Twitter woke up and is now buzzing with some pretty fly memes.

We’re waiting for Jeff Goldblum to repsond, but in the meantime… Pence’s fly now has his own account.

1. We bet his phone was buzzing all night.

I think we can all agree the winner of tonight’s #VPDebate was Jeff Goldblum. pic.twitter.com/dIKP4Q7ubQ

2. It’s gonna be weird when there are two of them.

How many fly costumes are we gonna see this Halloween?

8. That fly needs to learn a few things.

9. Lucifer wants you to come back.

All hail Lord of the Flies!! pic.twitter.com/Ssl5aJmkcB

11. This doesn’t look good for Pence. 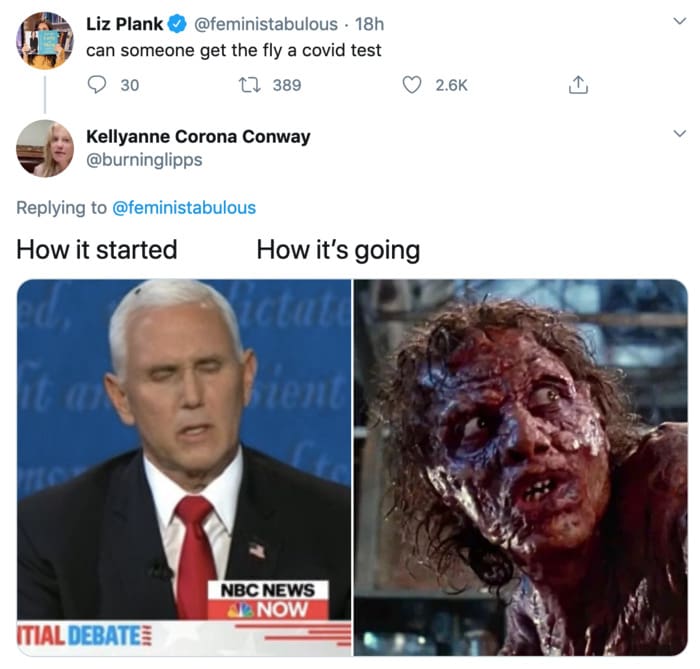 can someone get the fly a covid test 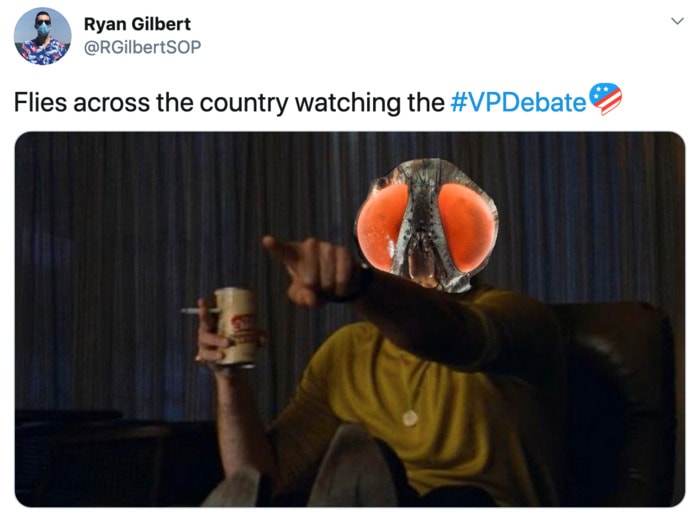 wish Kamala had ended her answer with “…and by the way there’s a fly on your head.” 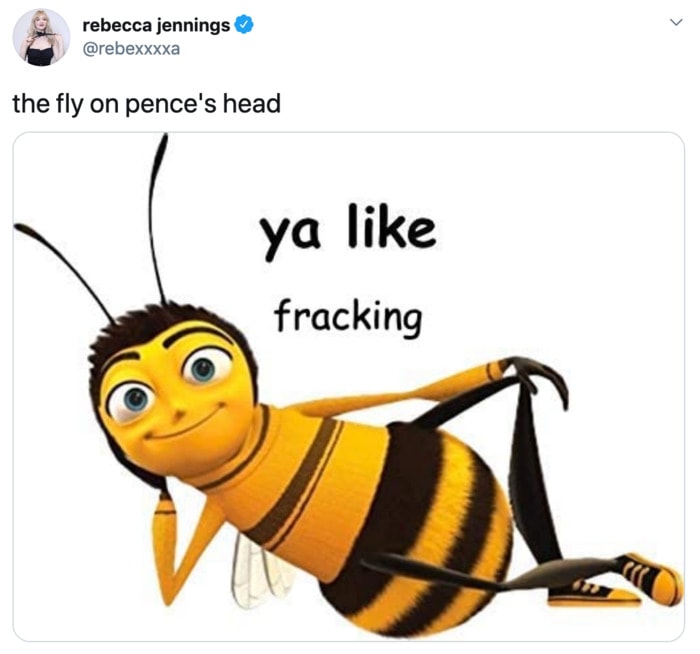 We need a rewind – 0 people have been listening since this fly made a home on Pence’s hair pic.twitter.com/sRNLQTObox

18. Well, there I was, minding my own business when… 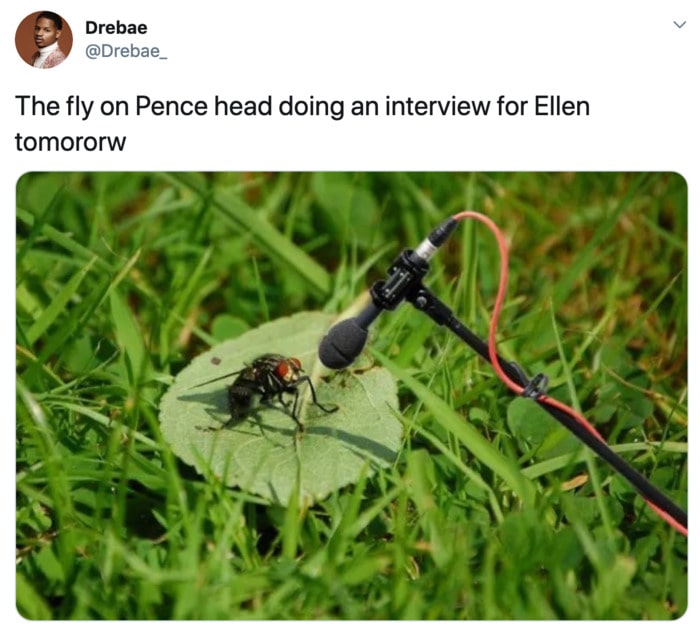 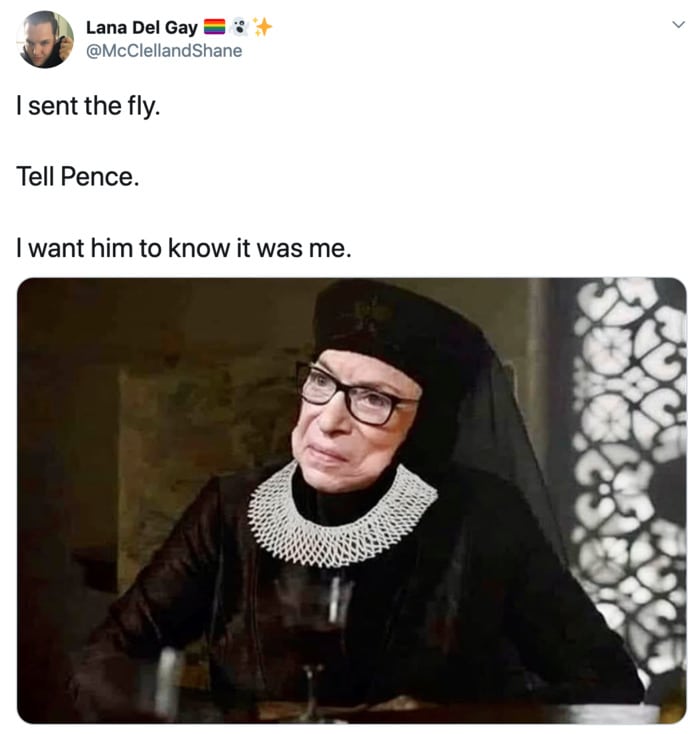 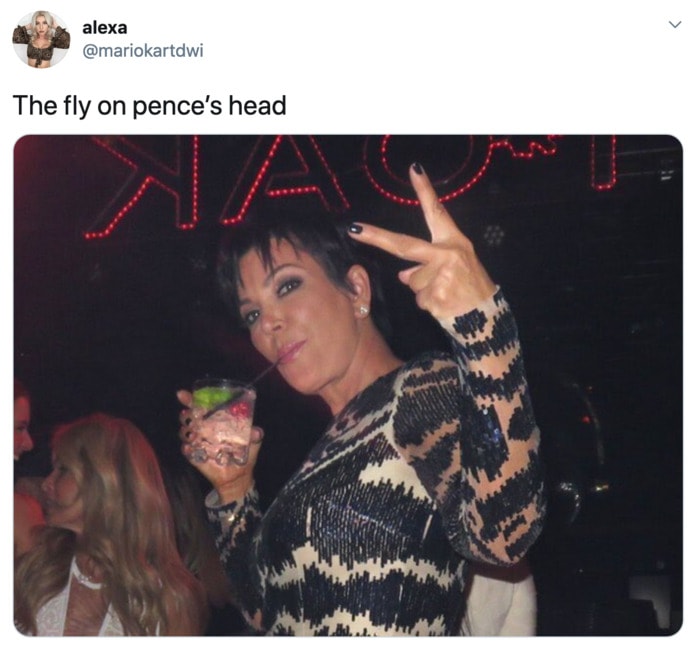 23. The forest cities have sent their envoy.

The flies are returning. Nature is healing. pic.twitter.com/Bmr95OV1I5

Jeff Goldblum finding out he accidentally won the #VPDebate: pic.twitter.com/kBH6YzEqvE

25. Hey buddy… the guy downstairs has a message for ya. 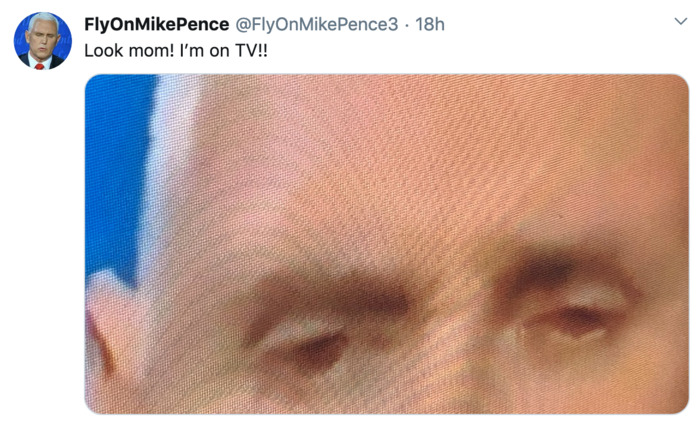 Latest posts by Rebecca Swanner (see all)
As an Amazon Associate we earn from qualifying purchases. This post may contain affiliate links from Amazon and other sites that we collect a share of sales from.
522 shares