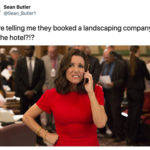 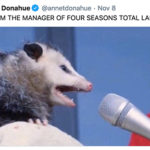 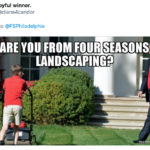 On Saturday, Joe Biden became the President-Elect. And, that’s great. But, perhaps the best — or at least the funniest — news of the day was that current President Trump booked his press conference at the Four Seasons. No, not the hotel. The landscaping company. 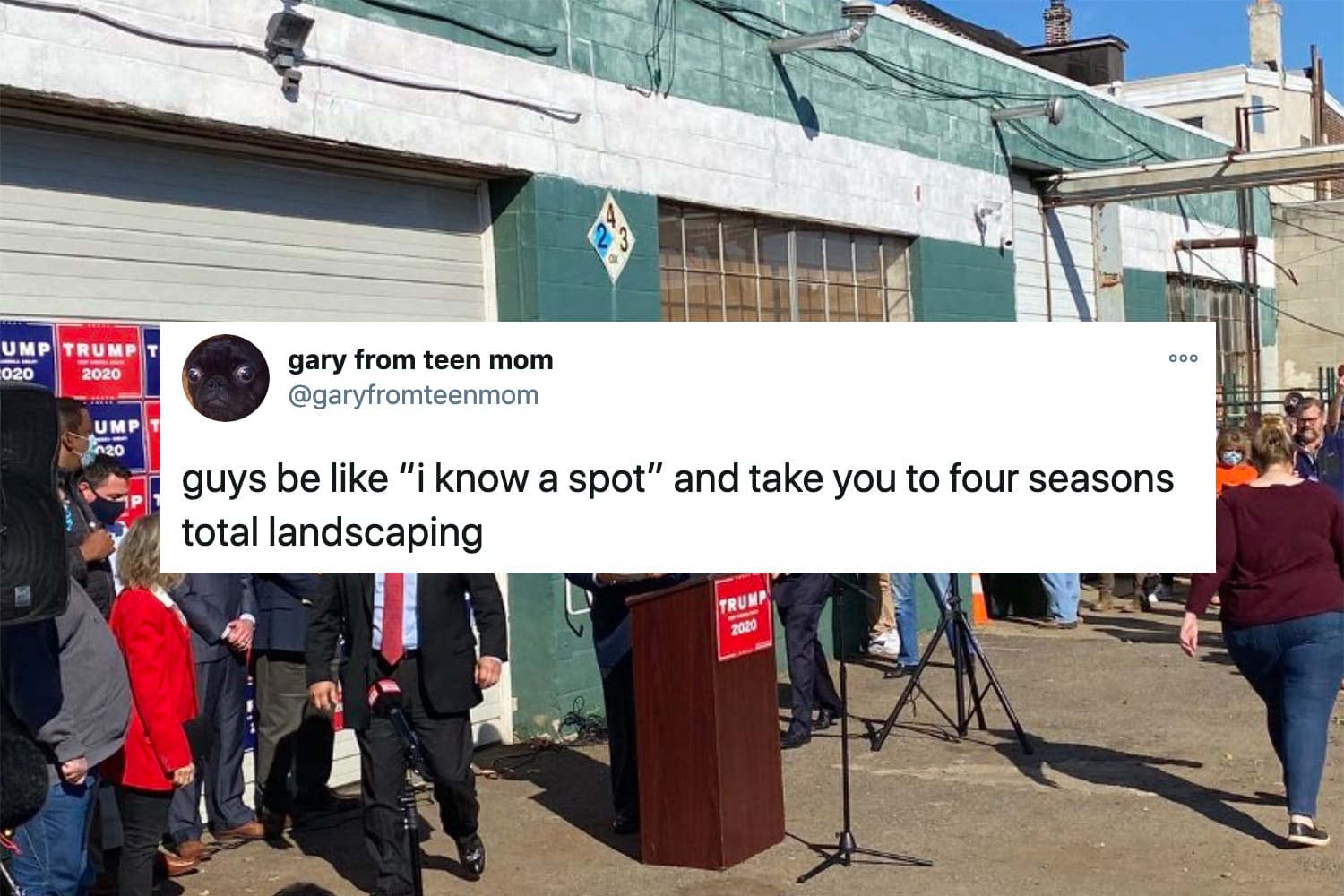 Four Seasons Total Landscaping, a woman-run business in Philadelphia has said that they’re saddened by the negative reviews they’ve gotten. And, that they “would have proudly hosted any presidential candidate’s campaign.”

The Trump campaign accidentally booking a press conference at something called Four Seasons Total Landscaping in Philadelphia instead of the Four Seasons hotel they intended is such a perfectly dysfunctional way for this to end. The writers really outdid themselves. pic.twitter.com/ReBGskwOSq

But, based on all the tweets they’re retweeting… we have a feeling they might think this is as funny as we do. Here’s some they’ve shared, plus a few more for good measure. Also, can someone return our tape measure?

Our office lines are blowing up with calls from the conspiracy theorists! pic.twitter.com/byb9OBuccE

2. That Zoom beach background has got to go.

—answered the phone
—heard that the Trump campaign wanted to hold a press conference in his parking lot
—realized they had mistaken him for a hotel
—Looked at an invisible documentary camera
—said, “Absolutely.” pic.twitter.com/59kkvWfD4V

5. Ok, but the gender reveal party has to be at the hotel.

In nine months a lot of baby girls are going to be named “Georgia” and “Four Seasons Total Landscaping.”

On way my to get a brazillian at The Four Seasons Total Landscaping.

I work at Four Seasons Total Landscaping in PA pic.twitter.com/cX6bIMkag8

8. If you want a full rundown of how it went from a reporter who covered it.

What in the actual… pic.twitter.com/FbOio5ZZPA

9. Looks like they’re working on the rose garden already.

This has great potential for ad. slogans: –

• Win the Mid-Terms with a Hardy Biennial

Four Seasons Total Landscaping don't mess around when somebody skips out on the bill.

Contact is the perfect movie for Four Seasons Total Landscaping memes, given that the big plot twist involves showing up at a second secret location https://t.co/6vfotId4KD

Look, the founders were very clear on this. If there’s *any* doubt whatsoever, the head of Four Seasons Landscaping Services in Philly, PA flips a coin, and Kanye calls it.

*WE’RE HIRING* more staff needed for HUGE job booked for early 2021. New customer wants us to start work on his rose garden commencing Jan 20th. We received photos of the site today. What. A. Mess.

17. And we thought we were going for Italian.

19. Their manager stand in when Karens show up.

"YES I AM THE MANAGER OF FOUR SEASONS TOTAL LANDSCAPING" pic.twitter.com/rxptMplquu

This is not over. For we shall mount our righteous stand at Four Seasons Total Landscaping. Next to Fantasy Island Adult Books. Across the street from the Delaware Valley Cremation Center. Between the fire extinguisher and yellow hose. #MAGA pic.twitter.com/hxuAsbEjXi

Latest posts by Rebecca Swanner (see all)
As an Amazon Associate we earn from qualifying purchases. This post may contain affiliate links from Amazon and other sites that we collect a share of sales from.
148 shares