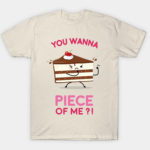 Is there anything better than funny puns? Well, probably. But if you love wordplay, even a cheesy pun can still make you laugh — and sometimes the worse they are, the better. We love puns at Let’s Eat Cake and we think the clever puns on this list take the cake.

They can bring it back anytime now. 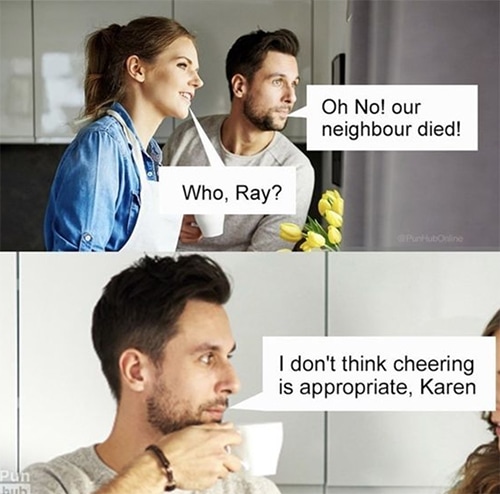 1. People who lack the patience for calligraphy will never have properly formed characters.

2. She had a photographic memory but never developed it.

3. My math teacher called me average. How mean!

4. Why didn’t the lifeguard save the hippie? Because he was too far out, man.

5. It was an emotional wedding. Even the cake was in tiers. 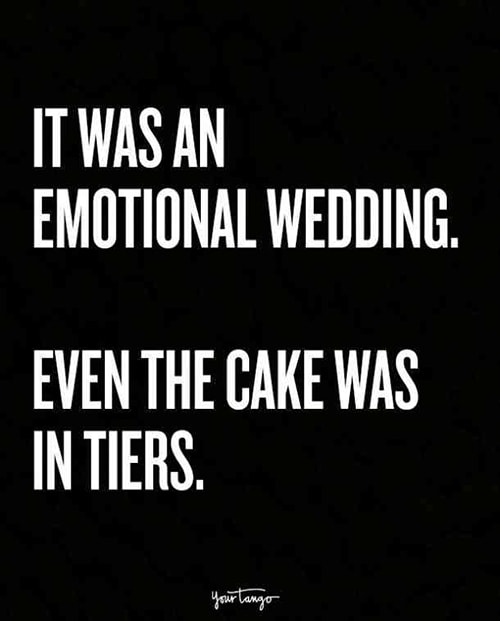 6. What would bears be without bees? Ears.

7. A dog gave birth to puppies at the roadside and was fined for littering.

8. Where did Noah keep his bees? In the ark hives.

9. What do you call an alligator in a vest? Investigator.

10. Never date a tennis player. Love means nothing to them.

11. I couldn’t quite remember how to throw a boomerang, but eventually, it came back to me.

12. I hate Russian Dolls. They’re so full of themselves.

13. To the guy who invented zero: Thanks for nothing!

14. I really wanted a camouflage cap, but I couldn’t find one

15. I was wondering why the ball was getting bigger. Then it hit me.

16. What is the best thing about living in Switzerland? Well, the flag is a big plus. 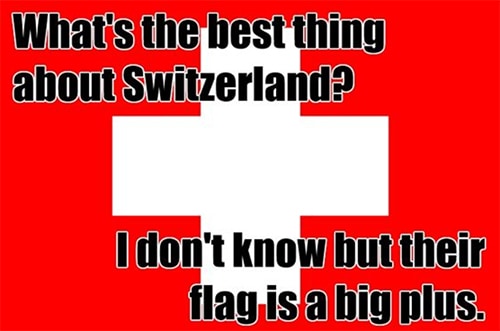 17. I got a new pair of gloves today, but they’re both ‘lefts’ which, on the one hand, is great, but on the other, it’s just not right.

18. My boss is going to fire the employee with the worst posture. I have a hunch it might be me.

19. When I lose the TV controller, it’s always hidden in some remote destination.

20. A termite walks into a bar and says, “Where is the bar tender?

21. Someone stole my toilet and I have nothing to go on.

23. Why did the egg feel so good? Because she just got laid! 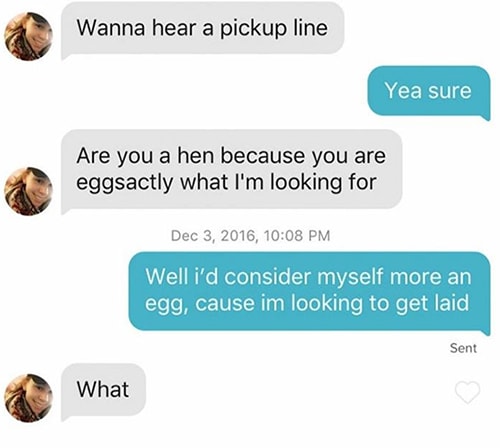 25. Wherever the fireman went, he was greeted warmly.

26. Do you know how they make holy water? They boil the hell out of it!

28. What’s the difference between a hippo and a Zippo? A hippo is really heavy, and a Zippo is a little lighter.

29. My friend told me to take these and now we’re on a whole new level. 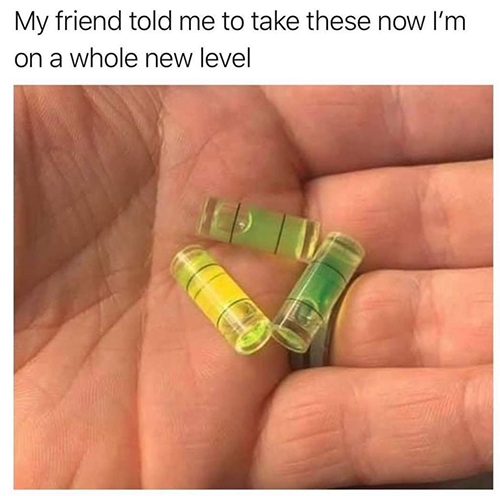 30. When it comes to baking, don’t be afraid to take whisks.

31. How was Rome split in two? With a pair of Caesars.

32. I bet the person who created the door knocker won a No Bell prize.

33. Two birds are sitting on a perch and one says “Do you smell fish?”

34. After the accident, the juggler didn’t have the balls to go on again.

37. I tried to go to the stationery store, but it moved.

38. There was a guy selling broken puppets for sale. No strings attached.

39. Bikes can’t stand up on their own because they’re two tired.

41. Our old carpenter really nailed it. The new one is screwing everything up.

42. I never learned what “apocalypse” means, but it’s not the end of the world.

43. Smaller babies may be delivered by stork but the heavier ones need a crane.

44. My friend got sentenced to the guillotine. He couldn’t face death head on.

45. When is a birthday cake like a golf ball? When it’s been sliced.

46. A guy fell into the Nile river and was in denial. If it had happened in London, he would have had to go with the Thames.

47. A friend said she did not understand cloning. I told her that makes two of us.

50. The dead batteries were given out free of charge.

Latest posts by Dan Bergstein (see all)
As an Amazon Associate we earn from qualifying purchases. This post may contain affiliate links from Amazon and other sites that we collect a share of sales from.
8.8K shares