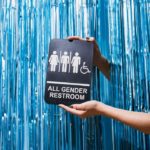 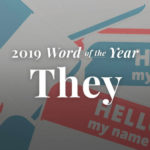 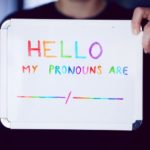 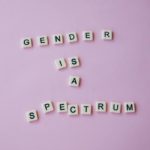 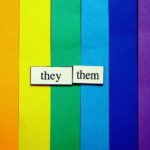 As you may have heard from the worst people on Twitter, pronouns and gender identity are a hot topic. Despite @TylerDurden42069’s thoughtful discourse on the topic, using the correct gender pronouns for someone isn’t difficult, scary, or the end of gender.

If you went to elementary school with dial up Internet, you likely learned that pronouns were either she/her or he/him, and groups got the pronouns of they/them. But just as our technology (and our skin care routine) has evolved, so has our language. 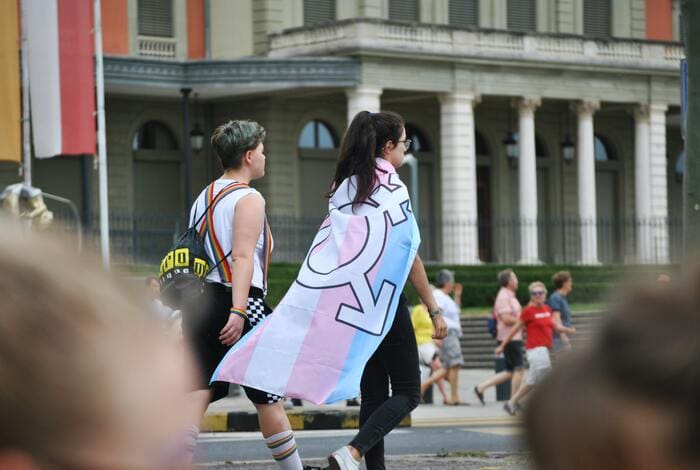 What Is the Difference Between Sex, Gender, and Gender Identity?

Sex describes a person’s biological presentation, described as male, female, or intersex. That’s right, there are more than two sexes! Anyone who says otherwise hasn’t studied biology past accidentally cutting off the head (or tail?) during the worm dissection.

Approximately 1.7% of people are born intersex, which is about the same as are born with red hair. Yet we don’t say everyone in the world is either blonde or brunette when Julianne Moore graces the world with her presence.

Gender describes the social presentations, norms, behaviors, and roles related to masculinity and femininity. And, everything between, outside, and around that binary. The idea of gender varies between societies and over time.

Lastly, there’s gender identity. As neither sex nor gender are a binary choice of male or female, each person’s understanding of gender informs their gender identity and gender expression.

“Gender identity is someone’s internal feelings about their gender, while gender expression is how someone presents gender through clothing, makeup, hair, and so on,” says CJ Higgins, queer educator and host of the My Gay Agenda podcast. 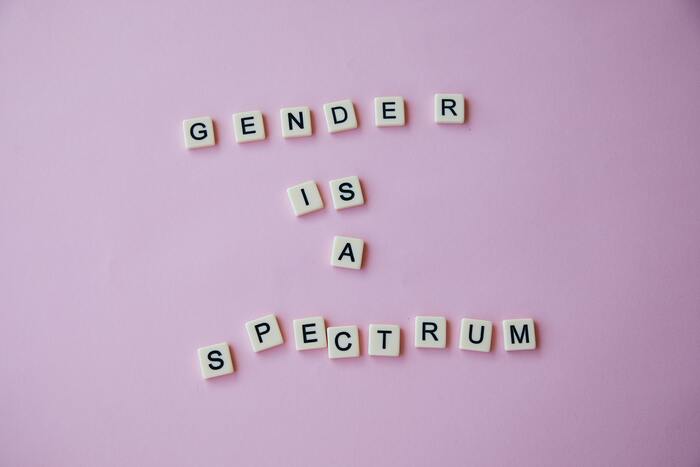 Trans is an umbrella term that includes any gender identity that doesn’t match the binary of penis=dude and vagina=lady, such as:

Part of someone’s gender identity is how they would like to be referred to by others. That brings us to gender pronouns. 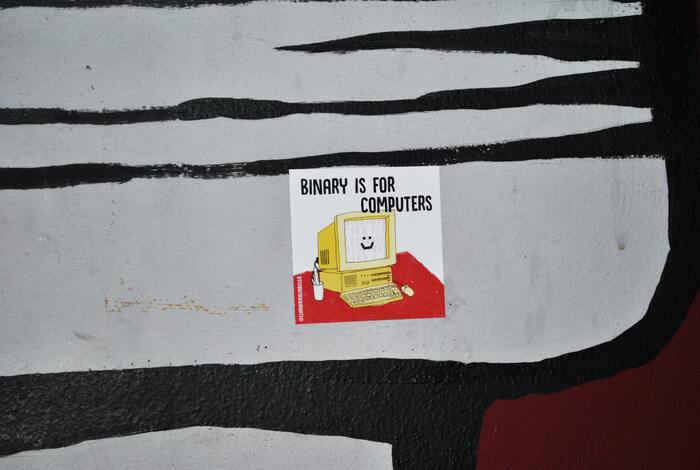 If you zoned out during English class, pronouns are words that substitute for a noun. For example, if you say “English class is so boring. I wish it would end,” it is the pronoun substitution for English class.

For people, we generally use the pronoun set of he/his/him, she/her/hers, and they/their/them. Here are some example sentences: 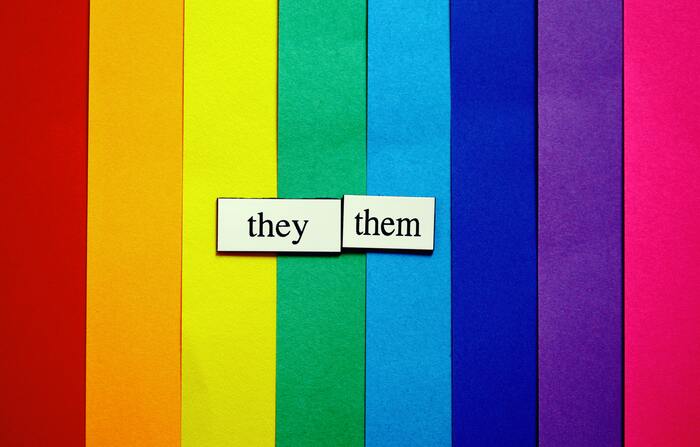 If you think they/them/theirs pronouns are only for multiple people, think again! “They” has been used to refer to a singular person since the 14th century. The singular, gender-neutral “they” was Merriam-Webster’s 2019 Word of the Year.

Grammarians will note that pronouns are listed here as subject pronoun/object pronoun/possessive pronoun. Someone might shorten this to subject/object, like she/her, or subject/subject if that person uses multiple sets of pronouns, like she/they. This way the info can fit Twitter profile’s oppressively short character count.

How Can You Find Out Someone’s Preferred Gender Pronouns?

Many people assume they’ll know someone’s preferred gender pronouns just by looking at them. But you know what they say about assuming – don’t do it. When you meet someone, you can offer your own pronouns and ask for theirs.

“I personally like to introduce my own pronouns before asking for someone else’s: ‘Hi! My name’s CJ, and I use they/them pronouns. What’s your name?’ The person can then feel free to opt into sharing their pronouns if they feel comfortable to do so,” says Higgins. 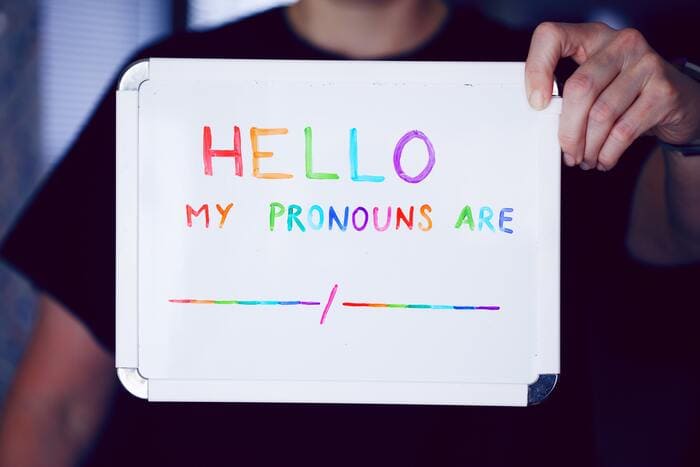 Can a Person Use More Than One Set of Pronouns?

“Neopronouns are pronoun sets that are not officially recognized in the language they are used in, since they are new (thus, ‘neo’!),” says Higgins. “Neopronouns can be helpful for people who feel that older vocabulary does not encapsulate how they experience their gender, and are perfectly valid to use!”

But you memorized all of the words to Nicki Minaj’s verse on “Monster,” so we think you can do it. 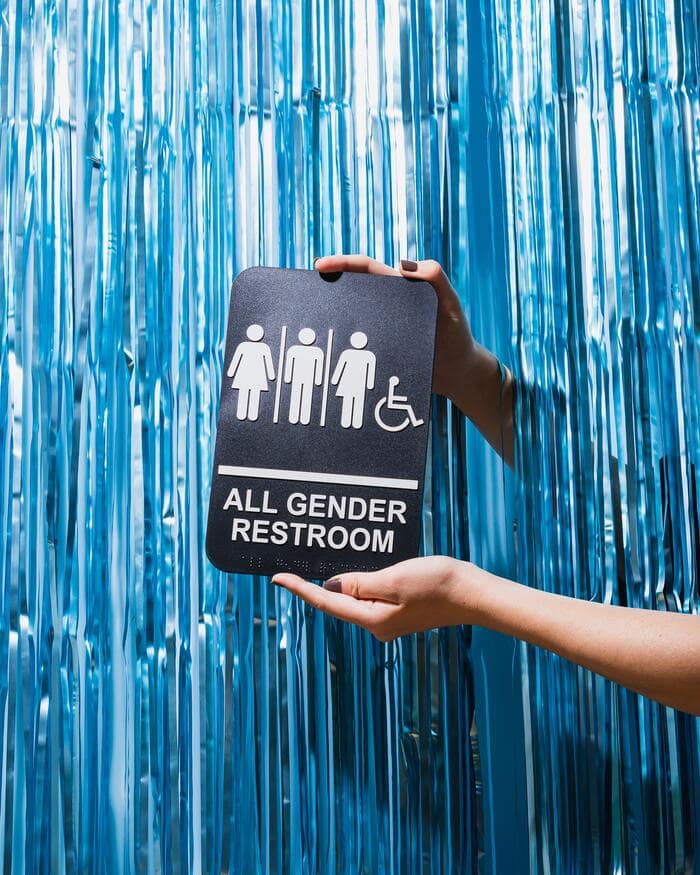 What Should I Do If I Get Somebody’s Pronouns Wrong?

“Catch, correct, continue,” says Higgins. We love an alliteration that’s easy to remember, because our brains are filled with nothing but Love Is Blind gossip.

If you get overly apologetic or self-flagellating – like when your guilt-tripping mother says, “Oh I’m the worst mother in the world!”– it puts the person in the awkward position of having to comfort you for your mistake.

“Mistakes happen. They’re a part of life,” says Higgins. “Just adjust in the moment and keep going. If you find yourself messing up repeatedly, it’d be helpful to practice on your own time and get yourself used to using the right pronouns.”

Ask a mutual friend if you can practice someone’s pronouns with them. Hold each other accountable by correcting each other. You can also study on your own with pronoun practice websites. With this much practice, you’ll be much better at using pronouns than this week’s TikTok dance.

Latest posts by Madison Higgins Hwang (see all)
As an Amazon Associate we earn from qualifying purchases. This post may contain affiliate links from Amazon and other sites that we collect a share of sales from.
4 shares