Home » Food + Drink » Food News and Trends
This post may contain affiliate links that we collect a share of sales from. Click here for more details.
57 shares 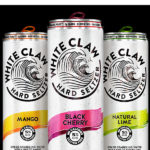 Hard seltzers have taken the summer by storm, but this low-carb alcoholic option isn’t just a fad. With several major brands jumping onboard and a gender-neutral marketing approach, vodka cranberry could be taking a backseat. Permanently.

“If you really want to lose weight, you need to cut out all alcohol.” Yeah, that’s cute, but let’s be realistic. We all want to have our cake and eat it too, only we want the science nerds to make the cake around 110 calories. The problem is, whenever they try, it tastes awful. Especially with alcohol. Have you ever tried a Michelob Ultra? It’s basically beer-flavored La Croix.

What Is Hard Seltzer?

Water, alcohol, and flavoring. So, not much. Kind of like Communication 101.

Where it’s different from bro-drinks of the past such as Zima and Smirnoff Ice is that it ferments simple sugars into alcohol instead of malt. (That’s better.)

Not quite ready for Hard Seltzer? Try One of These Flavored Ketel One Botanicals instead.

What Hard Seltzers Are On the Market?

With the massive success of White Claw, it seems now that everyone is getting in the game. Everything from brands you know like Smirnoff, Henry’s, and Pabst’s, to several new brands popping up every week, you have plenty of options to choose from. Lucky for you, I’ve reviewed several of them, and by “reviewed” I mean I’m sitting here drinking them.

So to my editor, I apologize if this gets a little slopping towards the end. Most of them are at least 5%! 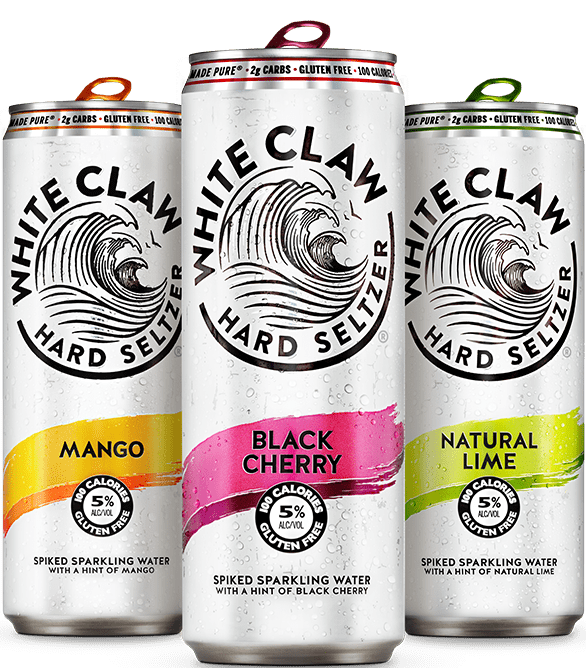 Let’s start with the most popular one. At only 110 calories and a 5% ABV, White Claw is a pretty refreshing way to catch a buzz. It truly doesn’t taste like a 5% drink. So make sure when you’re out drinking with Ashley, Ashleigh, and Ashlee you guys take an Uber. 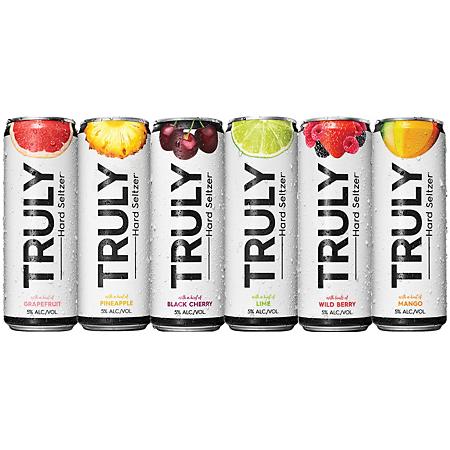 With fewer calories that White Claw, only 1 gram of sugar, and a lower price point, I have to give Truly some props. I’m having the Colima Lime flavor and it’s damn good. When I take a sip and close my eyes I feel like I’m at an exotic beach enjoying the ocean breeze, instead of being in an un-airconditioned studio apartment in The Valley sweating my tits off. Which is saying a lot. 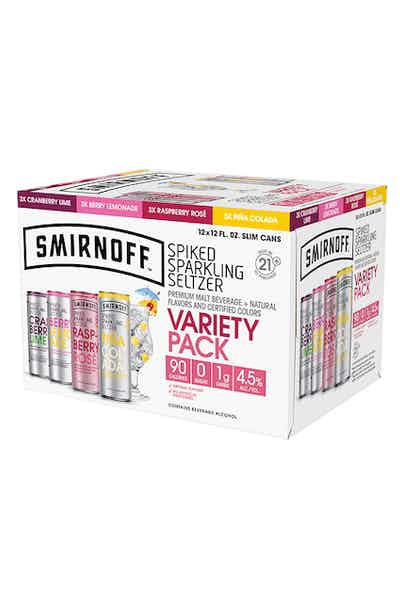 If you’re going for zero sugar and the fewest calories, this is your drink. Smirnoff Spiked Sparkling Raspberry Rose Seltzer (say that 10 times fast) is a light, refreshing, and guilt-free beverage.

Variety is the spice of life. That’s what you get with this pack. If you’re like me and get bored with things quickly, this is the way to go. It comes with flavors such as Pear Elderflower, Black Cherry Rosemerry, Clemintine Hibiscus, and other flavors that sound like what celebrities name their kids.

At 228 calories per can, it sort of defeats the whole purpose of drinking a hard seltzer. However, if you’re drinking Pabst’s you probably aren’t counting calories.

Hard Seltzers ran so we could fly pic.twitter.com/g5ilBIyhl4

Let’s not sugarcoat this. Four Loko’s overall brand since the begging has been “are you ready to f*cking die?” While their hard seltzer may be a little tamer than the original Four Loko, that 14% ABV says I’m going to steal a stop sign on the way home. I trust you to drink responsibly, but the last time I drank a Four Loko I woke up without my phone or debit card and was wearing a shirt as pants.

Just because summer is winding down doesn’t mean the hard seltzer train is pulling into the final station. If anything the train is gaining momentum.

On September 14th, Denver will be hosting the first-ever Hard Seltzer Festival. They’re calling it Fizz Fight, and before you make fun of it for being an ultra tame beer festival, know that attendees are promised unlimited tastings of over 60 different hard seltzer options during their one day, 3-hour session. It’s $30 for general admission, but you can buy a VIP pass for $50 and get yourself an extra 30 minute of tasting plus some sweet free swag.

Not to worry, with that much bubbly booze going down, there will be an entire fleet of food trucks too. Overall, this sounds like an amazing time. Hard seltzer isn’t going anywhere, so you might as well join the party. 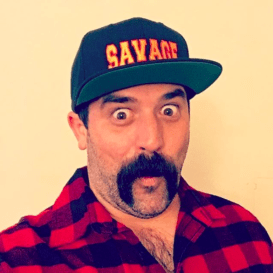 Mike Primavera
Mike Primavera has written for sites such as Someecards, PleatedJeans, and Texts From Last Night. You can find him on Twitter and Instagram at @primawesome. He lives comfortably off of his family's pasta fortune.

Latest posts by Mike Primavera (see all)
As an Amazon Associate we earn from qualifying purchases. This post may contain affiliate links from Amazon and other sites that we collect a share of sales from.
57 shares