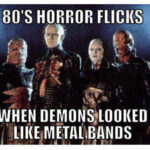 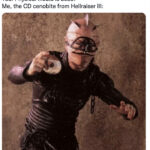 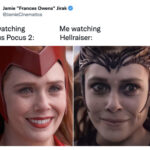 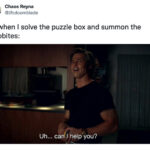 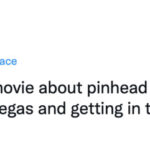 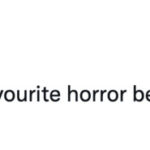 Growing up, Hellraiser was one of our favorite scary film series. The horror movies were gory and campy and goth. Then the jumped the shark and went to space.

But, at least for the three movies, it was hard to look away from Cliver Barker’s ghoulish Cenobites. Even as they tore their victims apart or committed other gruesome acts once someone opened the dangerous puzzle box. (And you thought LEGOs could be a pain.) 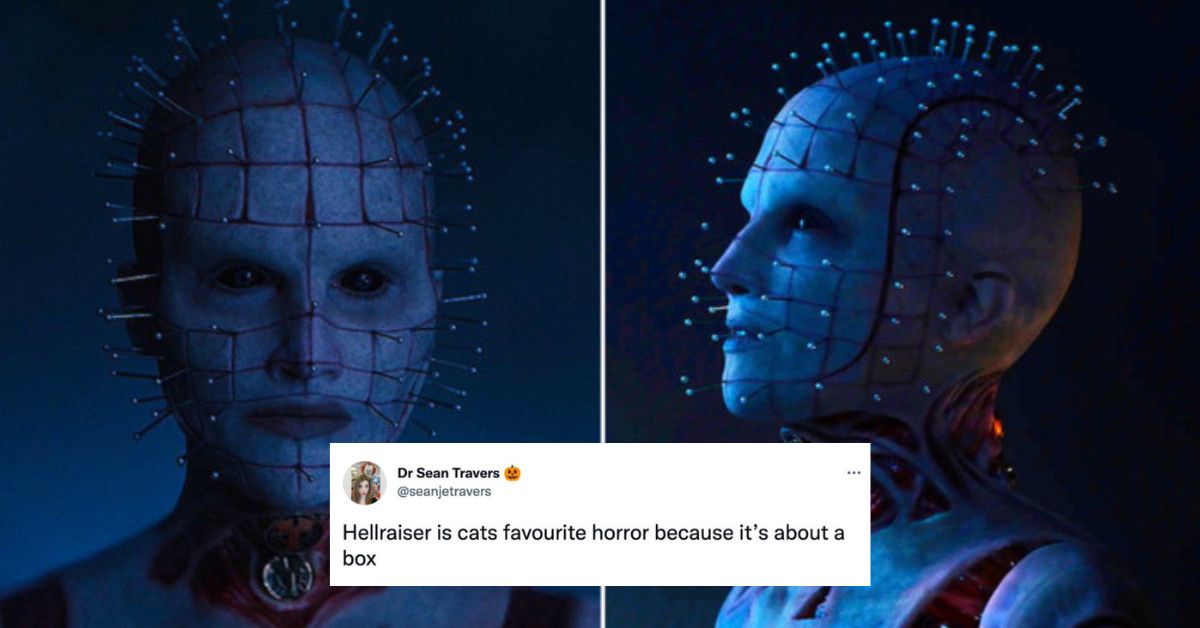 Hulu just released what might be the first good Hellraiser film in 30 years, complete with seven Cenobites. Longtime fans and newcomers are taking to Twitter to post memes and tweets about the horror movie starring trans actress Jamie Clayton as the first female Pinhead / Hell Priest.

Here’s the best ones we’ve seen so far.

3. Can we can an official Animal Crossing crossover? 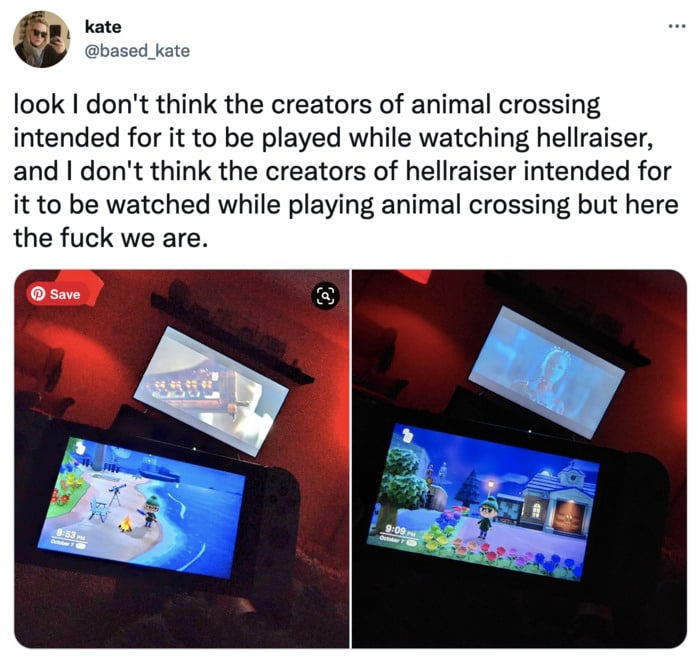 4. We see your Eddie Munson costume and raise you this.

in honor of hellraiser dropping tomorrow i’d like to remind everyone of megan thee stallion’s hell priest cosplay pic.twitter.com/kZBJxob6EH

5. The Rubik’s Cube inventor is so mad he didn’t come up with the Puzzle Box. 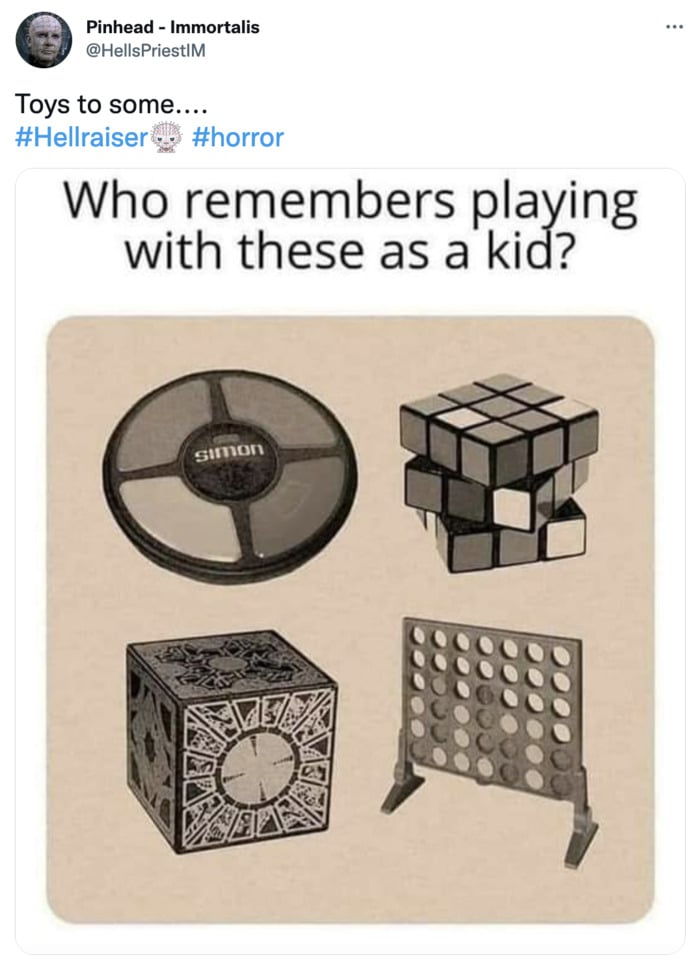 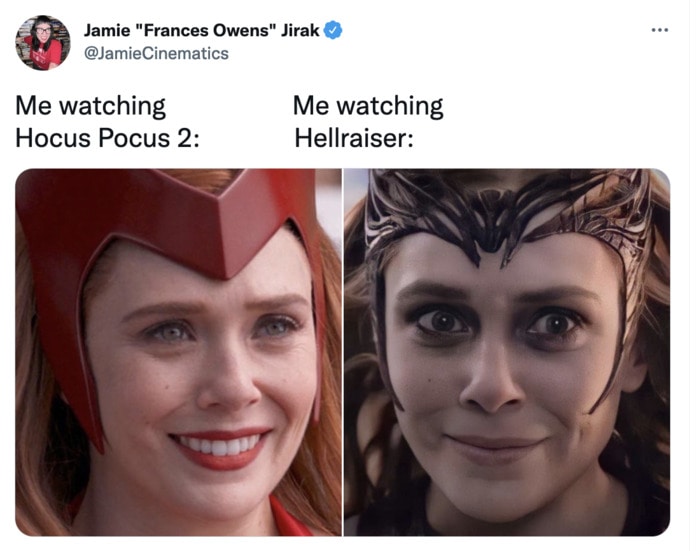 8. The torch has been passed.

9. Guessing he’s not a fan of Audible, either. 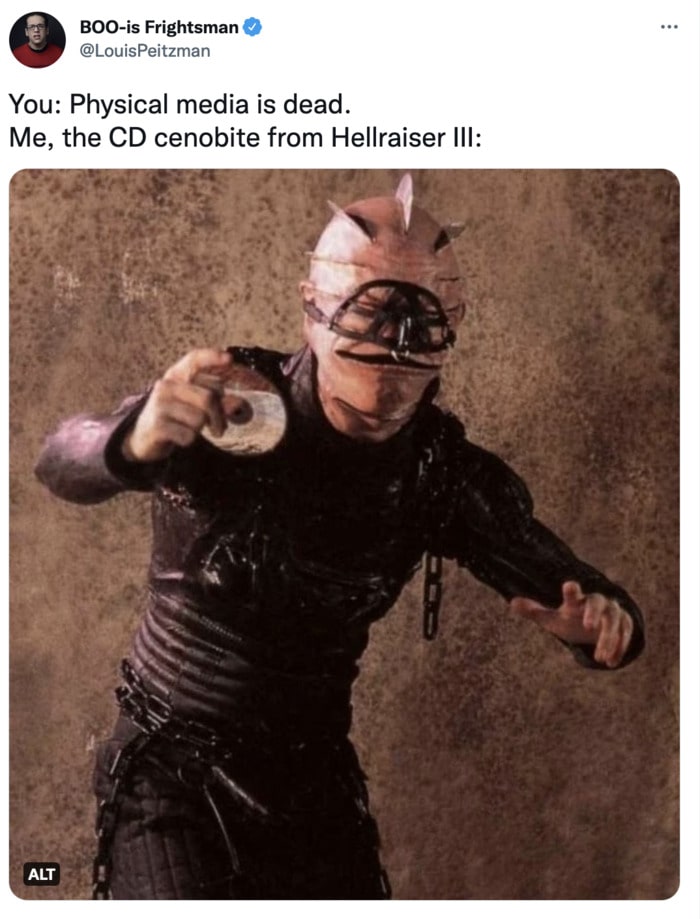 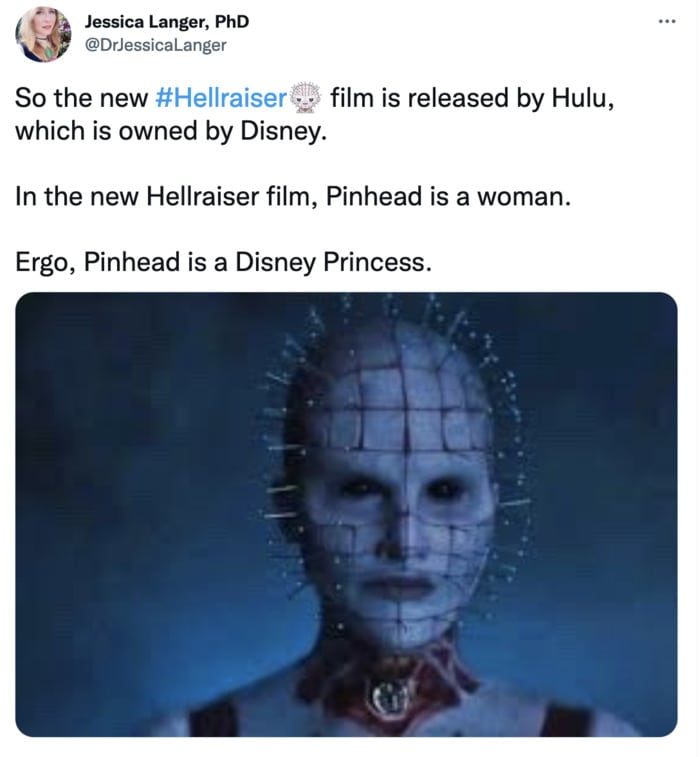 11. Apparently every franchise taking cues from The House of the Dragon.

Me trying to make out what the hell is happening in the insanely dimly lit second half of the new Hellraiser movie pic.twitter.com/AfAdsoinKS

12. Have you even seen the jobs report?

Hellraiser (2022) is like “whoa whoa whoa… in the 80s you could just dick around with your puzzle boxes and summon cenobites for FUN? Not happening in this economy…”

13. This gives the phrase “puzzle box” a whole new meaning. 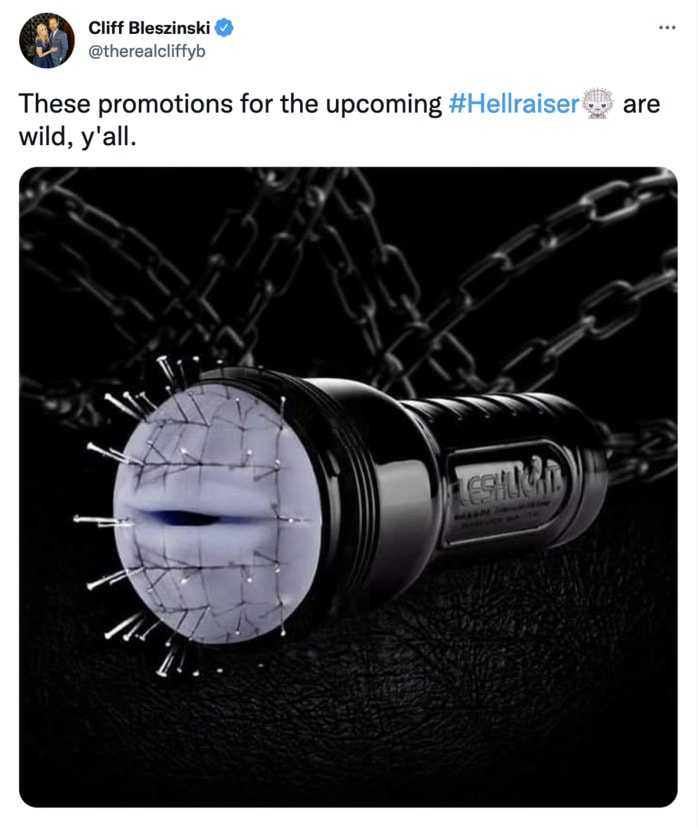 14. The game is indeed afoot. (You can order the book here.)

Was hanging out with @George_Mann tonight and he casually mentioned there’s a Sherlock Holmes/Hellraiser crossover novel in which the great detective himself tries to outwit the Cenobites.

My joy was legendary… even in hell. pic.twitter.com/033dqlAWTP 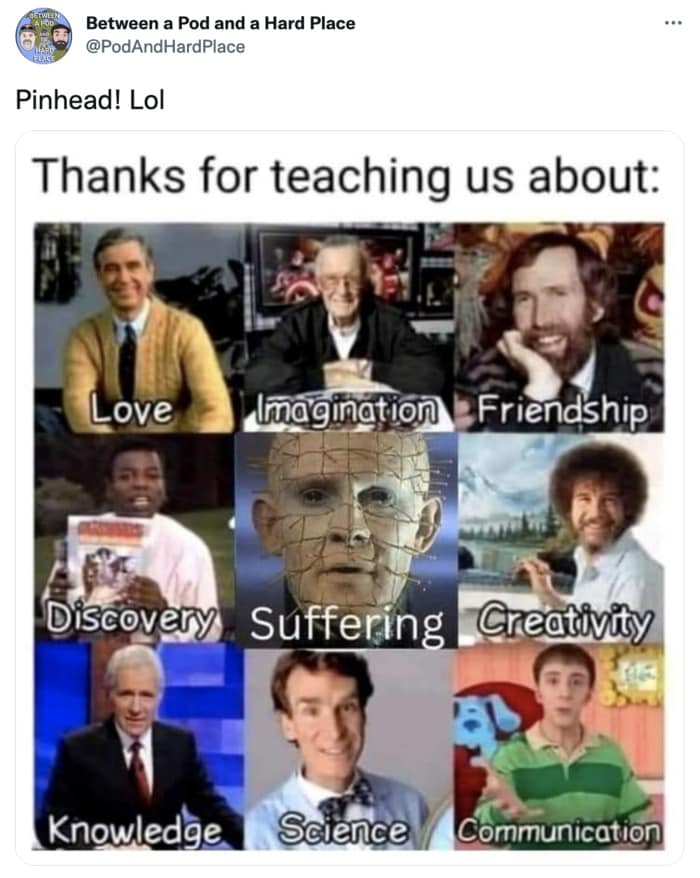 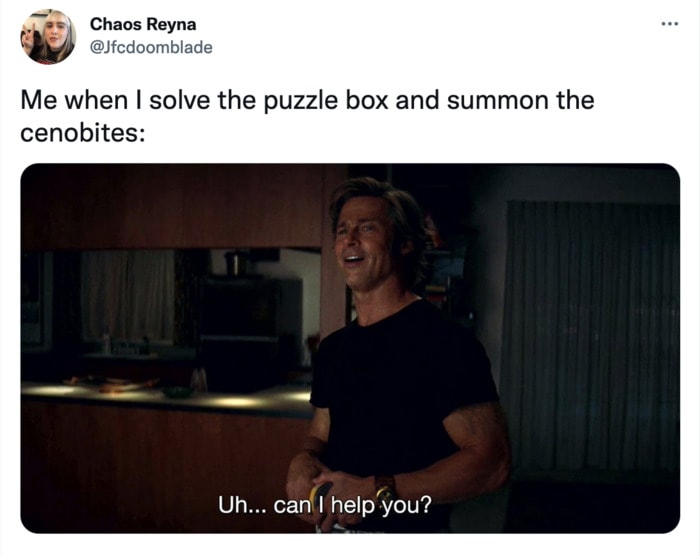 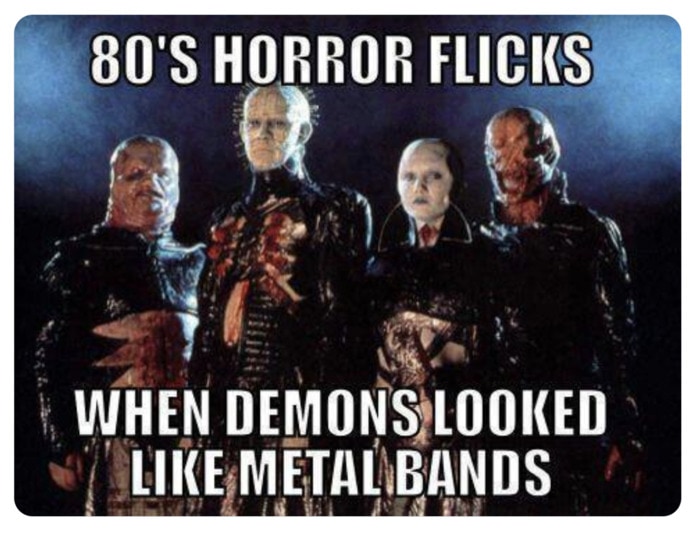