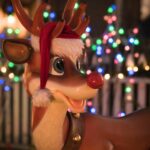 It only happens once a year, but Santa’s got one of the most brutal commutes out there (short of navigating the Trader Joe’s parking lot on a Sunday evening). Luckily, he has those flying reindeer. You know the ones: Dasher, Dancer, Prancer, Vixen, Comet, Cupid, Donner, Blitzen, and Rudolph.

Saint Nick is popular with those who love Christmas, but let’s be real: he does a lot of delegating. His elves make all of the toys, and he couldn’t even be bothered to name his own reindeer. We still love him, but here’s the story of how Santa’s reindeer got their names. 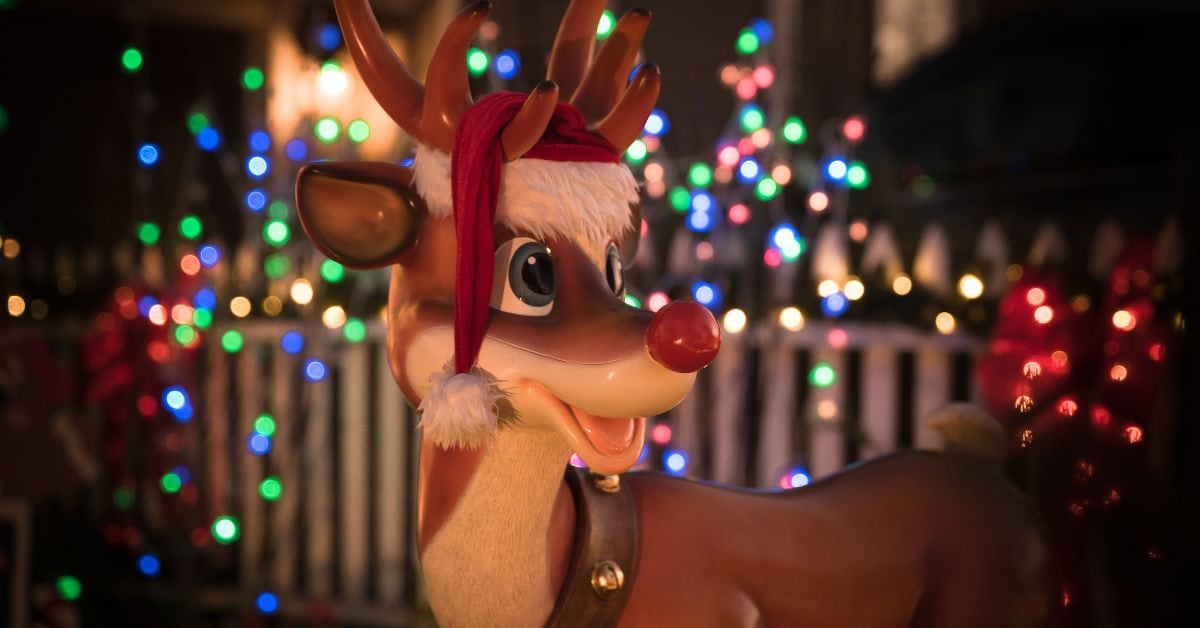 How Santa’s Reindeer Got Their Names

The magic of Santa and his reindeer is still a bit of a mystery. He shares quite a few similarities with the Norse God Odin, who rode through the skies during Yule on an eight-legged horse known as the slepinir. During Yule, children would fill their boots with straw and Odin would leave gifts for them behind the hearth.

When it comes to the modern reindeer names, however, things are a bit clearer.

The first time Santa’s reindeer were named in print was on December 23, 1823. On that day, New York’s Troy Sentinel published the poem “A Visit from St Nicholas” (Also known as “Twas The Night Before Christmas”) by poet Clement Clarke Moore (or, perhaps, Henry Livingston). In it, he wrote:

The moon on the breast of the new-fallen snow Gave the lustre of midday to objects below; When, what to my wondering eyes should appear, But a miniature sleigh, and eight tiny reindeer.

With a little old driver, so lively and quick, I knew in a moment it must be Saint Nick. More rapid than eagles his coursers they came, And he whistled, and shouted, and called them by name.

Rudolph came about in 1939. Every year, the Chicago department store Montgomery Ward published a promotional book for kids, and that year, they tapped 35-year-old staff copywriter, Robert L. May for the job. Dever Gillen, his friend and colleague in the art department did the illustrations.

The inspiration for Rudolph’s tale came from May’s life. According to the Dartmouth Rauner Library that now houses the original manuscript of their alumnus, “May had always felt that he was a bit of a misfit himself. He was small and weak, was never picked first for sports teams as a child and never excelled socially, even as an adult… May said that he modeled Rudolph on how he felt about his own life.” 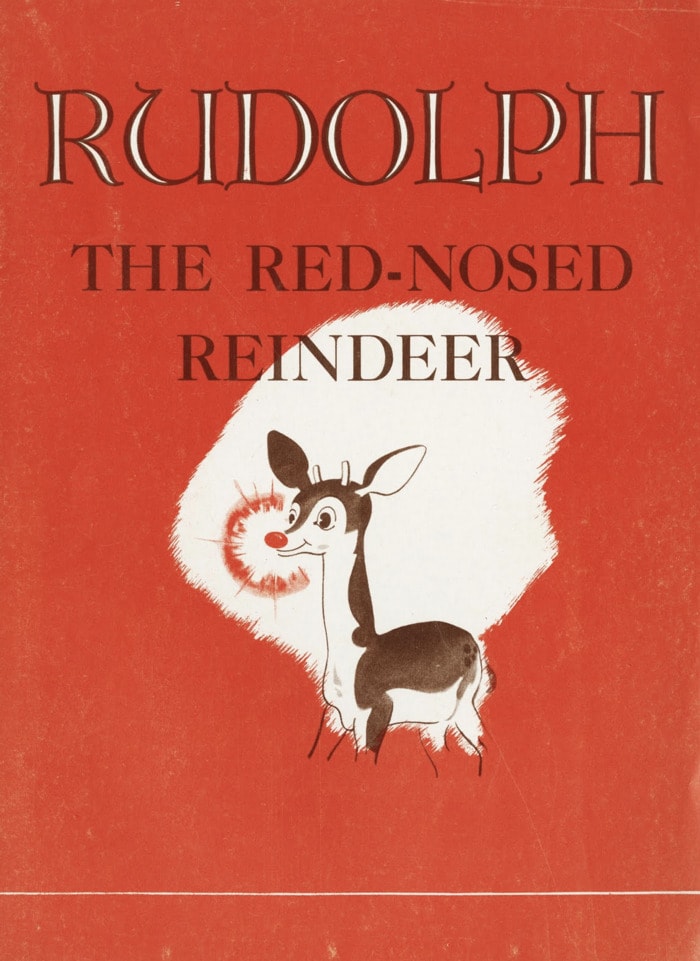 May wrote the book to lift his daughter’s spirits as while May was working on the project, his wife passed away. It’s a sad tale, but it does have a happy ending: in 1947 Montgomery Ward gave May the copyright to Rudolph. In 1949, his brother-in-law Johnny Marks wrote the now famous song and in 1964 the claymation movie debuted on television.

But, Rudolph might not have been Rudolph. While coming up with the reindeer’s now world-famous name, May including: Roderick, Reggy, Rudy, Rodney, Romeo, Reginald, and Rollo.

Why Some of the Reindeer Names Changed

If you notice, some of the names above aren’t the ones we still call them. Donner and Blitzen, in particular, went through a bit of an evolution.

According to Jennifer Harris, an Associate Professor at University of Waterloo, Donner and Blitzen began as “Dunder” and “Blixem.” These kind of sound like they’d be the bumbling idiots in a Home Alone knock-off, but the Dutch-inspired names actually come from “thunder and lightning.”

In 1825, the McClure Almanac changed Blixem to Blixen but most other publications kept the original. However, in 1837, poet and publisher Charles Fenno Hoffman printed a version of it in the New York Book of Poetry changing “Blixem” to “Blixen” and it stuck until 1844, when Moore changed it to Blitzen. (Snopes suggests the reason for Hoffman’s change was to make it rhyme with Vixen.) 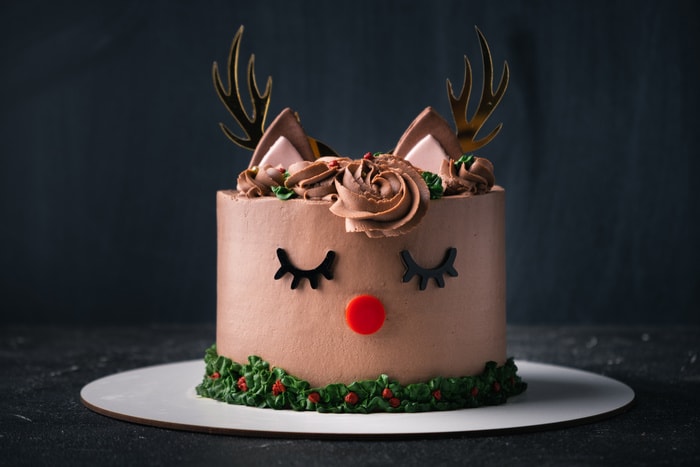 Hoffman also changed Dunder to Donder. It was later, in May’s book, that Donder changed to Donner. Maybe this was to give Rudolph a competitive edge, by fully associating one of his fellow reindeer with what was probably the worst party ever. Probably not.

Harris suggests Santa’s reindeer might be a little bit on the mischievous side. “So many of the names are those you see tossed around as descriptions of people who are a bit saucy: Dasher, Vixen, Dancer, Prancer,” she says.

“After the American Revolution, there was so much writing about how well-behaved people needed to be, and there were all of these stories and plays written which decried any behavior that wasn’t modeling virtue. It all got a bit tiring. Here Moore takes these words, and gives us reindeer who have a sense of style and playfulness.”

Fascinating as the history is, some of the names hold up better than others. So, we’ve gone and ranked the reindeer names from best to worst.

Jennifer brings up the point that Comet is “a perfect name for a creature that speeds across the sky.” She’s right. Real power name.

This name screams “speed demon,” and would be an easy first if not in competition with a huge mass that hurdles through the sky with a flaming tail.

We hear this name and think of graceful leaps and bounds. (Basically, not us.) Perhaps this reindeer won’t get Santa from point A to point B as quickly as possible, but he’s sure to be rolling in style.

It’s not a bad name, but that’s not why we remember this red-nosed guy.

Dancing is hardly the most efficient way of moving through the sky, so “Dancer” is either false advertising or holding up the crew.

We can’t hear “blitz” without thinking about at least a little chaos, which nobody needs more of on Christmas. Either that, or he’s tipsy. And, that’s not good either.

There are two famous flying Cupids, both associated with red holidays in the winter. And one of them has a bow, so he wins.

Is this where furries started?

It started so promising as “Dunder.” Could have reminded us of a wholesome paper company but no it has to be French for “give.” And share a name with that party that ate a bunch of people.

Latest posts by Hebba Gouda (see all)
As an Amazon Associate we earn from qualifying purchases. This post may contain affiliate links from Amazon and other sites that we collect a share of sales from.
116 shares