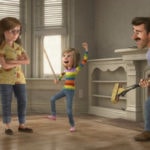 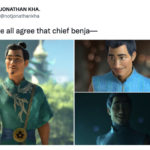 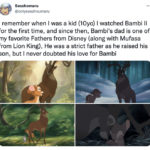 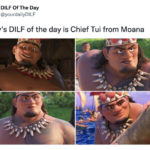 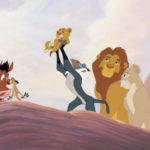 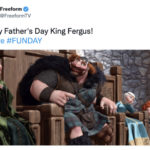 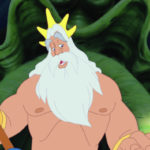 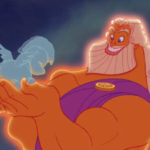 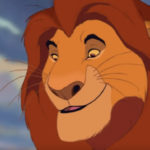 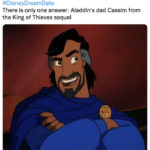 Disney may play the innocent card, but they really push the limit with the attractiveness of some of their characters. They clearly know that there are dads, and then there are daddies. Which is why we’ve been blessed over the years with a slew of hot Disney dads from King Triton to Chief Benja.

Perhaps completely unintentionally (or not), Disney has sprinkled a fair few of attractive father figures into their storyboards. And despite their unattainable beauty standards, we’ve picked out the hottest animated ones.

Yes, our criteria may include physical appearance. But you know what else is really hot? Being a good father. Spending time with your children. Ruling as a Greek God. You know, all the normal Tinder green flags. 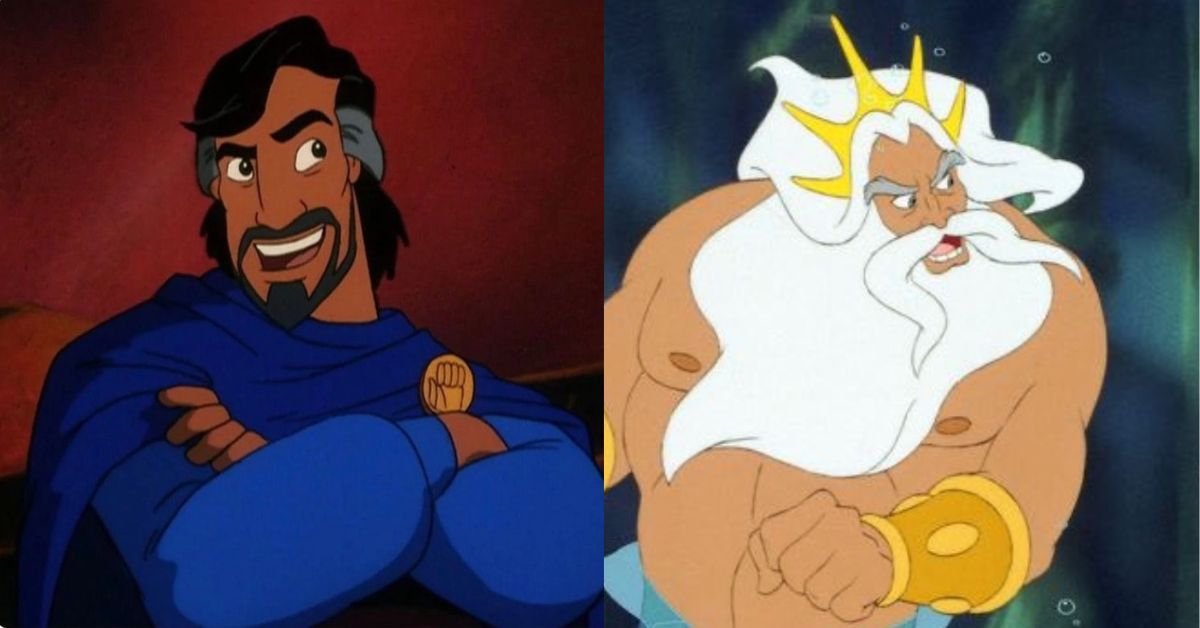 This list of DILFs is for everyone that had (maybe without realizing), a sexual awakening watching Mulan.

We hope it’ll inspire you to revisit some old classics or try out some new ones. Or possibly just reassure you that no, there wasn’t something wrong with you for thinking Mufasa was, like, kind of dreamy. He can visit us in cloud form any time.

14 Hot Disney Dads to Drool Over

Ariel’s dad is a widowed silver fox merman who rules a kingdom, keeps a full head of hair (and then some), and still manages to get dinner on the table for his seven kids? Amazing.

As the ruler of the entire ocean, he can control water in any and every way. Anyone who can keep our bath water at the perfect temperature, no matter how long we soak in it, gets major hot points in our book. Or more specifically, 86-degrees points. 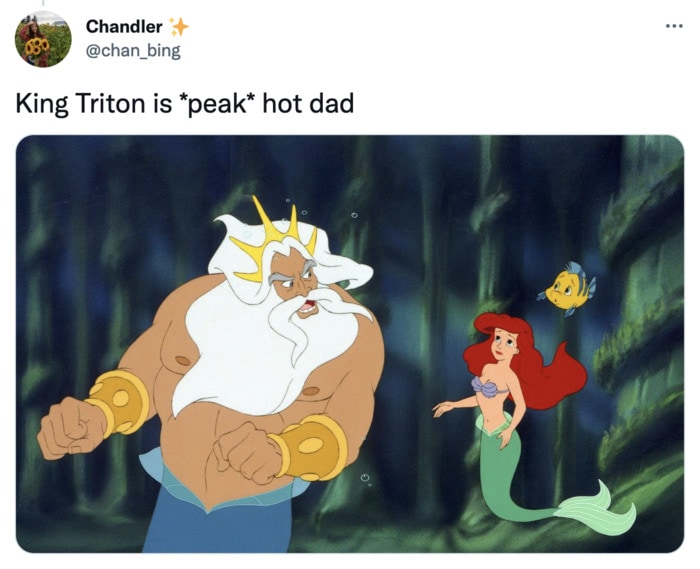 We don’t know what’s more impressive – that fact that he’s the mighty ruler of the gods, or his pecs. As the original zaddy, Zeus is the kind of guy who puts in the hours at the gym. It’s worth the obnoxious selfies.

We thought that electricity we felt was the lightning he controls, but it was just our reminder to stop sticking forks in electrical sockets.

Humble king of the jungle? Check. Looks great appearing in the clouds during his son’s time of need? Check. Murderous, envious brother? Check.

Because a hot Disney dad isn’t limited to human form. Mufasa set the standards sky high for hair care, and showed us that yes, a large cat can, in fact, have a chiseled jaw. In hindsight, maybe this is where our cat obsession began. Hey, look, everyone’s got something.

4. James (The Princess and the Frog)

James was Tiana’s father in The Princess and the Frog. Tiana definitely doesn’t fall into the stereotype of being attracted to people that look like your parents, because James was a hunk and a half. No offense, frogs!

Protective and hard-working, James loved his family and dreamed of opening a restaurant. His strong work either is almost as attractive as his skills in the kitchen… and likely some other areas. Did we mention we like food?

Scottish King Fergus fights a bear, then tells a story. He mocks the lords, and sings a song. He drives off invaders, then trains daughter to be a badass. Overworked millennials balancing three jobs and a social life are blown away by his ability to achieve balance.

This fiery-haired, mustachioed man is not only the rule of the DunBroch Kingdom and the father of Merida. He’s also a fearsome warrior with a heart of gold. This is all to say we’ll take a back rub from him anytime.

Don’t recognize the name? You might know this hot Disney dad as Mr. Incredible. And, honestly, that would track even without the superpowers. Then again…super strength doesn’t exactly work against the hotness factor.

Call him ambitious, but this man wants to save the world. That’s all. And he’s willing to do it even if it has to be undercover. That spandex suit isn’t hiding much, but are we complaining? No. You do you, Bob! Just no capes. 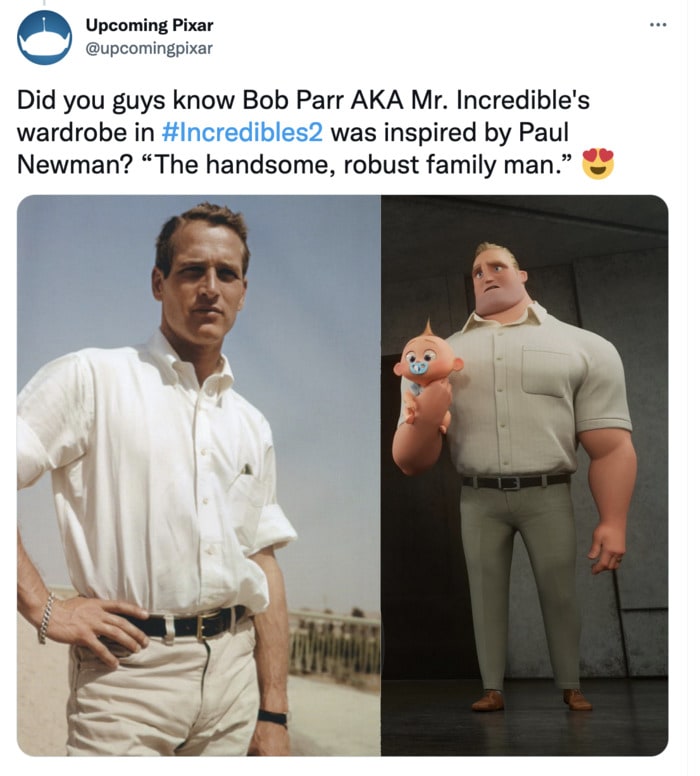 For all of you who can’t help but be attracted to struggling artists, Roger is the Disney daddy for you. Despite his habit of working too much and smoking a pipe, he cares for his family and even has the courage to stand up to Cruella. And, he’s a total romantic.

Although he’s not a father to a human child, one could argue that taking care of 101 dogs earns him a spot on this list. 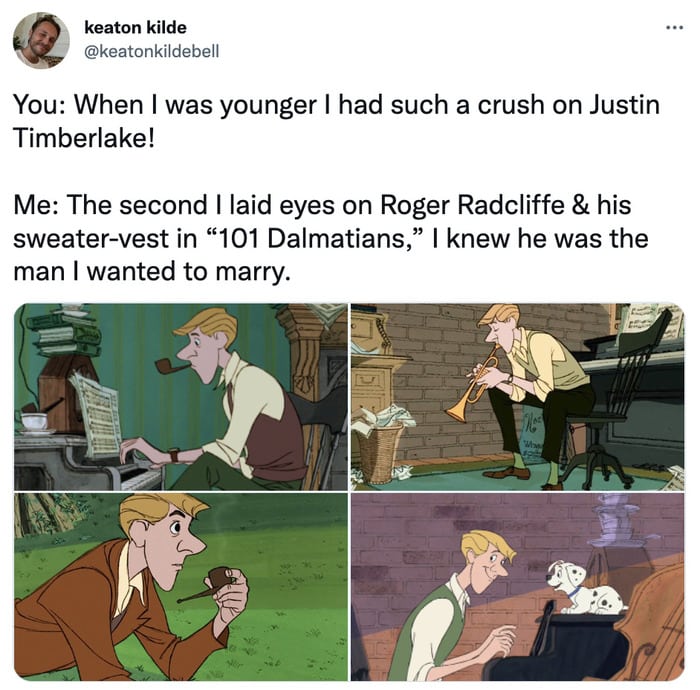 8. Cassim (Aladdin and the King of Thieves)

If you’re sitting here thinking, “Aladdin doesn’t have a dad…he’s an orphan!” You may need a refresher on biology, and need to watch the sequel to Aladdin.

This partial silver fox looks rugged on the outside, but as soon as he cracks a smile the whole world gets a little warmer. Not in like a bad, global warming kind of way. More in like a, “I’m trying to take care of my poverty-stricken family while looking like an absolute DILF,” kind of way. 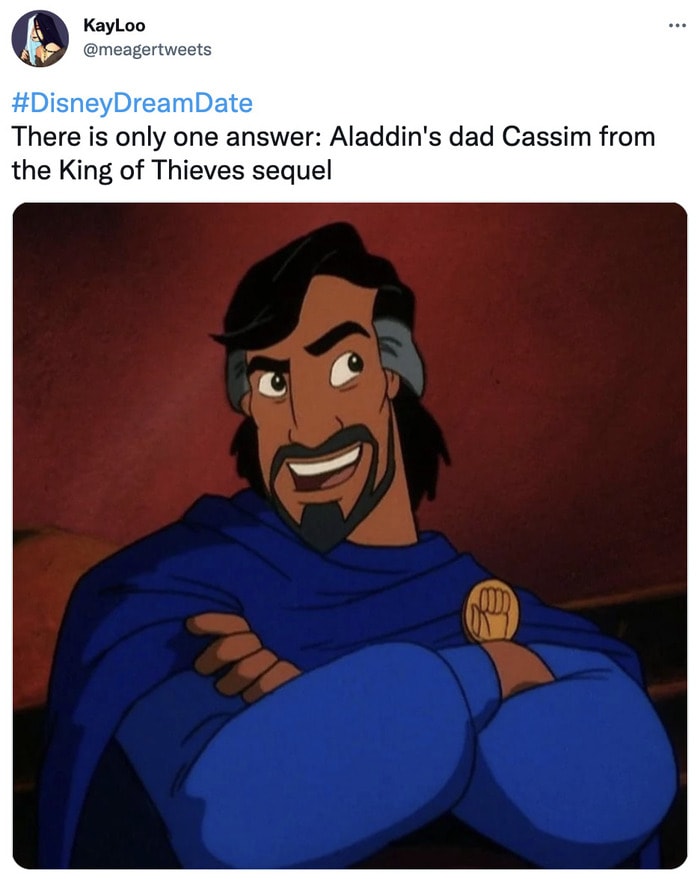 With his soft eyes and warming smile, Agustin is one of the hot Disney dads that didn’t get nearly enough screen time. The claim is that he has no magical gift of his own, but we disagree. How else do you explain his ability to wear a vest that well? And that mustache? Swoon.

Today’s good father is Agustín Madrigal from Encanto! He loves his wife and daughters more than anything and is proud to show it! He comforts Luisa when she is crying, supports Isabela’s decision not to get married, and keeps Mirabels prophecy a secret from the family. pic.twitter.com/b521zCP2A0

While we don’t like that Chief Tui’s own aquaphobia was boxing Moana in, we understand.

Chief Tui carries his old burdens with the sea. And we have to ask: is that why he’s so buff? Asking for ourselves. We’d love to hit the gym with him. And by gym, we mean…well that would make for a different movie rating. 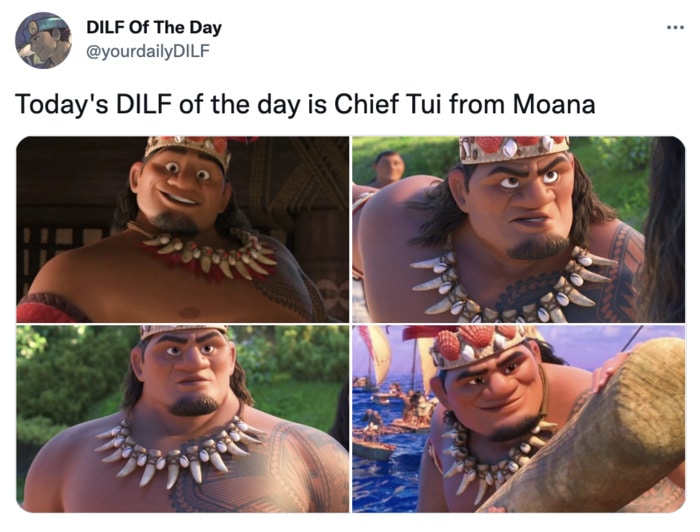 The king of Arendelle may not have had much screen time in Frozen. And by that, we mean about as much as any mom in a Disney movie.

But we love to catch a glimpse or two of that soft blonde hair, those strong brows, and that awkwardly thin mustache that somehow works.

12. The Great Prince of the Forest (Bambi)

Just take one look at Bambi’s dad and tell us we’re wrong about a stag being attractive. He makes male models quiver with his proud chest and expressive eyes. Move aside, Rudolph. 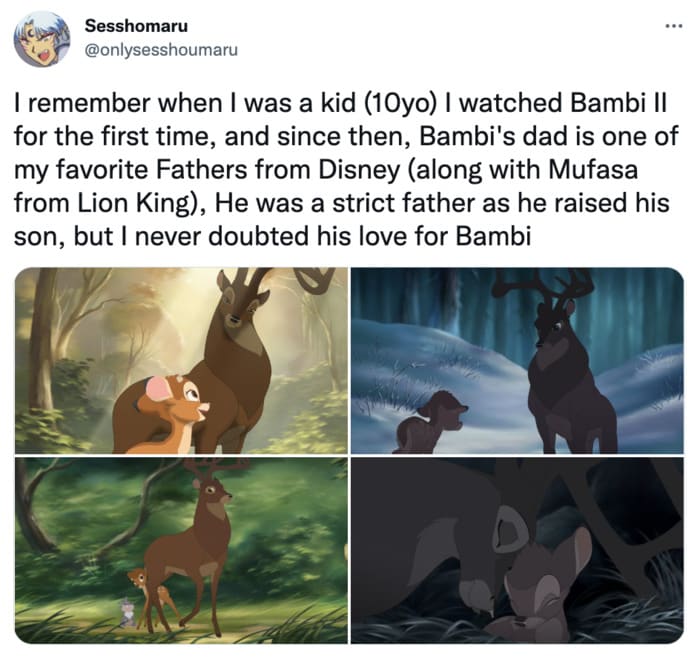 Compared to some of the older, classic movies, Raya and the Last Dragon flies a little under the radar. But you’d remember it well after one look at Chief Benja.

He’s chief of the Heart in Kumandra, and chief of all of our hearts, too. (Our cardiologist is very confused.) He gives that Dragon Gem he guards a run for its money. And we’d give him all our money if he’d tell us what shampoo he uses to get such volume. 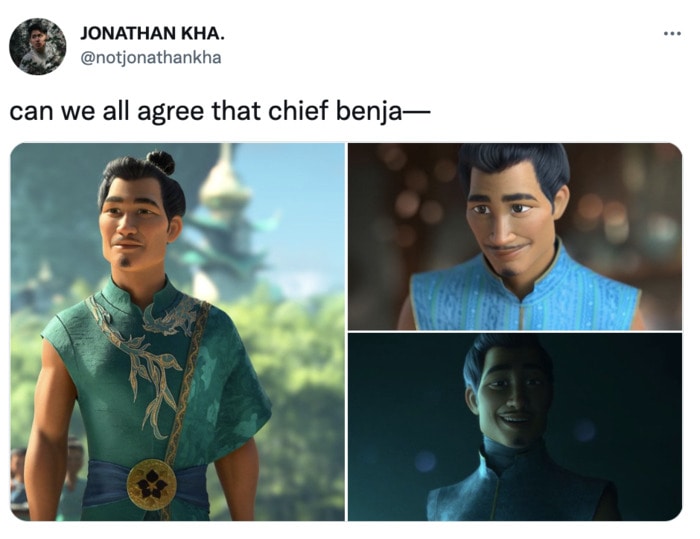 14. Bill Anderson (Inside Out)

Another example of a hit-or-miss mustache that absolutely hits, Bill Anderson from Inside Out is working those Tom Selleck vibes like it’s nobody’s business. And someone has to fill those shoes.

Sure, Bill is a stereotype with his 9-to-5 job and his button-down-shirt-and-tie getup. But his big brown eyes, disheveled hair, and five o’clock shadow makes us tingle from the inside out. Oh, now we get the movie title!

Latest posts by Hebba Gouda (see all)
As an Amazon Associate we earn from qualifying purchases. This post may contain affiliate links from Amazon and other sites that we collect a share of sales from.
59 shares