Home » Food + Drink » Drinks
This post may contain affiliate links that we collect a share of sales from. Click here for more details.
6 shares
Jump to Recipe 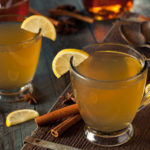 Blessed be the mighty Hot Toddy cocktail. This combo of whiskey, spices, and honey tastes like evenings dressed in flattering chunky knits while curled up by a roaring fireplace reading Outlander. And like an alcoholic version of something that’s good for you. 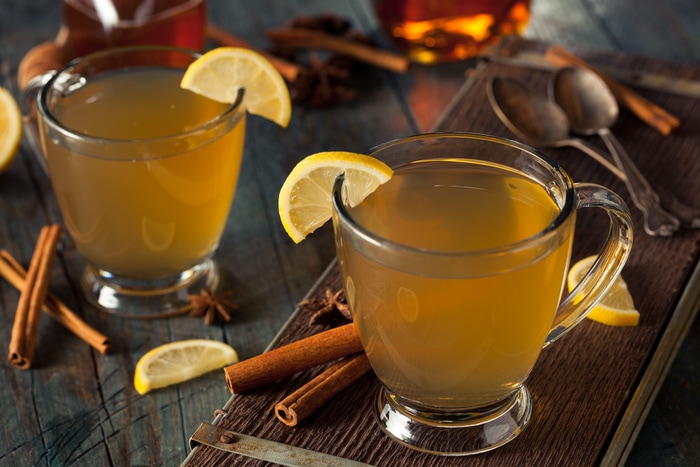 What is a Hot Toddy?

The classic Hot Toddy is a cocktail made with whiskey, hot water and honey. (Spices and fruit are technically optional, but why short-change yourself?)

The origins of this delicious winter drink can be traced back to the 1800s, a.k.a when the British Empire was stealing ideas from Indian cuisine and making Anglicized versions for the folks back home (see also: curry and chutney).

The Hindi word ‘taddy’ means a drink made from fermented sap, but a couple of centuries mutated the official definition into “a beverage made of alcoholic liquor with hot water, sugar, and spices.”

By the mid-19th century, the Hot Toddy had become the trend cure for the common cold, thanks in part to the work of Robert Bentley Todd, an eminent Irish physician who was fond of prescribing it to his patients. Whether the hot beverage actually works to help reduce cold and flu symptoms is TBD, but the research seems to support it.

And so the British public took the hot toddy into their hearts (and throats). Scotland’s pubs also became known for serving the toasty brew, popular on those bracing winter nights when a wool kilt just wasn’t enough to keep the downstairs warm. 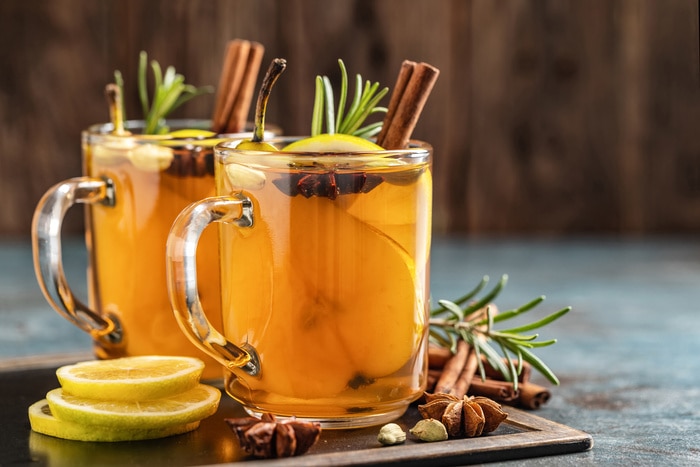 How Do You Make a Hot Toddy?

While our hero Dr. Todd originally made the drinks with brandy, but these days Hot Toddys are usually whisky or bourbon based. But, if you’re not a fan, rum is also a popular choice.

Thick, viscous honey is a must for soothing a sore throat, but if you’re just after the sugar hit, maple syrup or agave are fine substitutes.

Go for classic warming spices like cinnamon, clove, ginger, and star anise, or mix and match as you fancy. Add in a splash of citrus juice such as fresh lemon or orange, which pair beautifully with most spirits and – side goal – give your drink a bit of Vitamin C.

If you want to avoid even the smallest possibility of a tepid drink, you can pour boiling water into your mug first to warm it. Though, adding this in as the second step really should do the trick.

If, at this point, you’re more desperate to get back to your hastily bookmarked place in that chapter of Outlander, forgo the complex chemistry, throw in the dregs from your kettle, and settle back under the blankets in a warm, hazy cocoon of spicy alcohol and even spicier prose.

5 from 1 vote
Print Recipe
This warm blend of whiskey, lemon, and honey is the perfect winter cocktail. 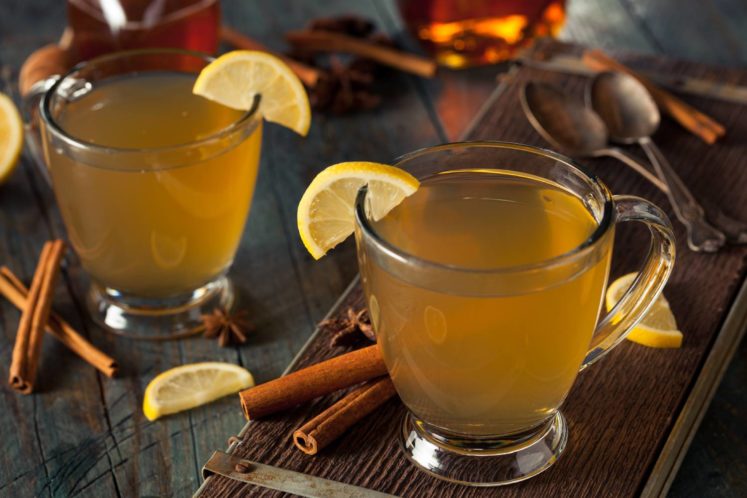 Nutrition Facts
Hot Toddy
Amount Per Serving (1 g)
Calories 204
* Percent Daily Values are based on a 2000 calorie diet.
Course: Drinks
Cuisine: British
Keyword: hot toddy
Did you make this recipe?Leave a review below, then take a photo and tag @letseatcakeblog on Instagram so we can see it! 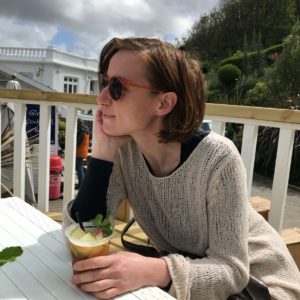 Eve Johnson
Eve Johnson is a British writer with a lifetime's experience of drinking cocktails, plus handy mixologist friends who run trendy bars in London and from whom she steals expert advice. If you're buying, her current favorite is a Boulevardier.

Latest posts by Eve Johnson (see all)
As an Amazon Associate we earn from qualifying purchases. This post may contain affiliate links from Amazon and other sites that we collect a share of sales from.
6 shares