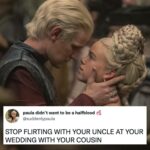 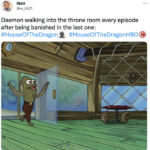 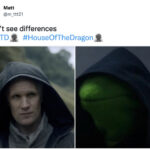 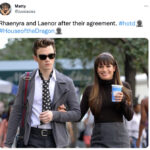 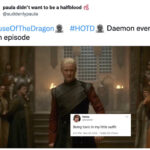 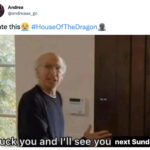 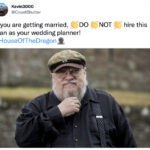 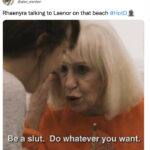 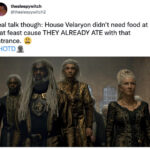 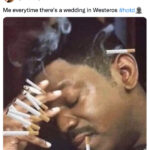 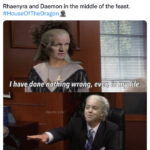 Well, The House of the Dragon Episode 5 aired on Sunday, and it’s wedding season, baby! And by season, we mean…there was one wedding. As it took place in Westeros, we’ll give you one guess on how it turned out. Sure, you can use these memes and tweets to help you figure it out.

In this episode, we see the betrothal of Rhaenyra to her cousin, Ser Laenor Velaryon. The two have a conversation about goose versus roast duck, which is like the meat lover’s version of the “wine” conversation from Schitt’s Creek. A few things happen in between, and then they get married! 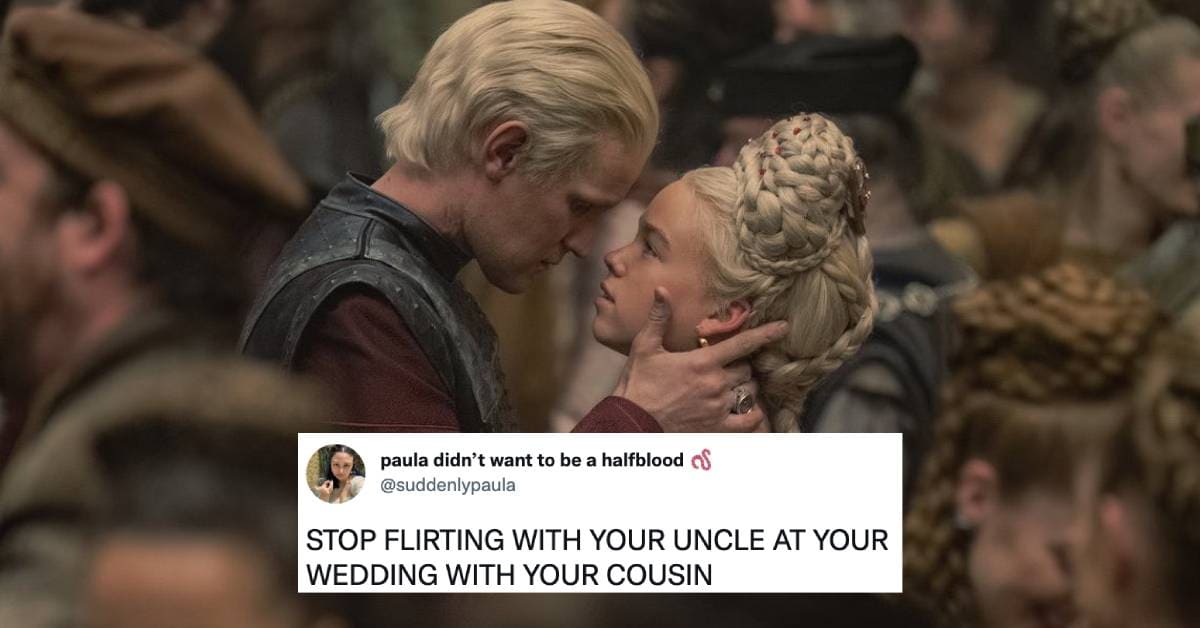 Alicent discovers a secret, Daemon stirs up drama, and Viserys just wants to have a nice, normal family and build his little city! Someone let this guy relax and lie down. No…not like that…

For a full look at the chaos of the latest HOTD plotline, take a look through these The House of the Dragon Episode 5 memes and tweets. There are definitely a few spoilers, so be warned if you haven’t seen it already.

1. We’ll politely decline on this one. 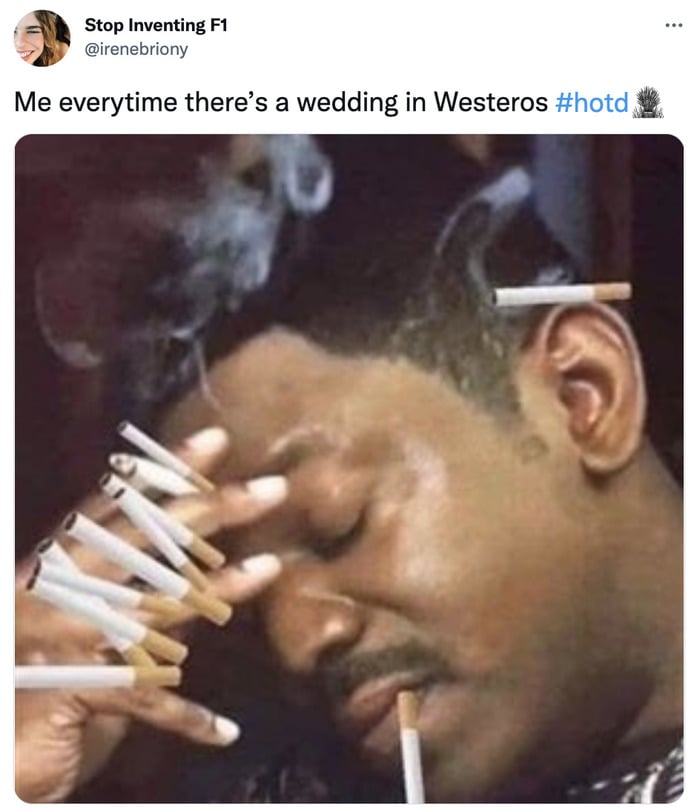 2. We can’t wait for the musical HOTD episode! 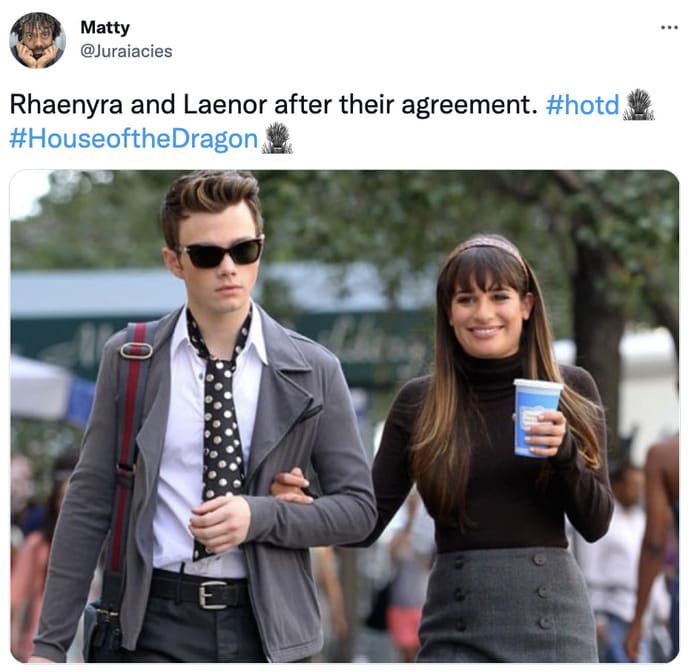 3. We love a progressive queen. 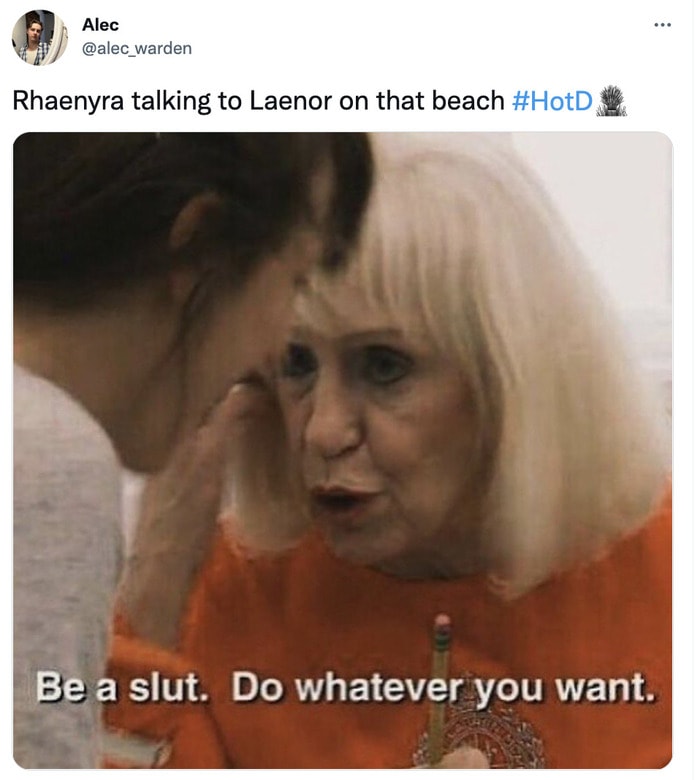 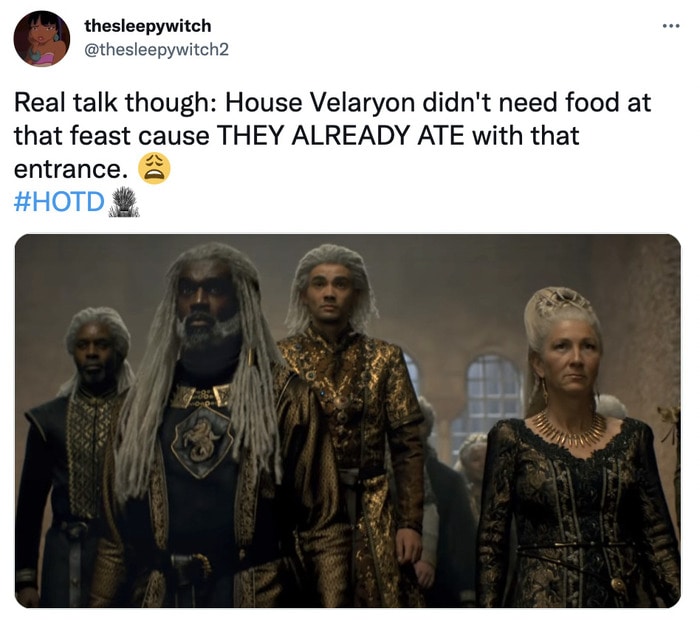 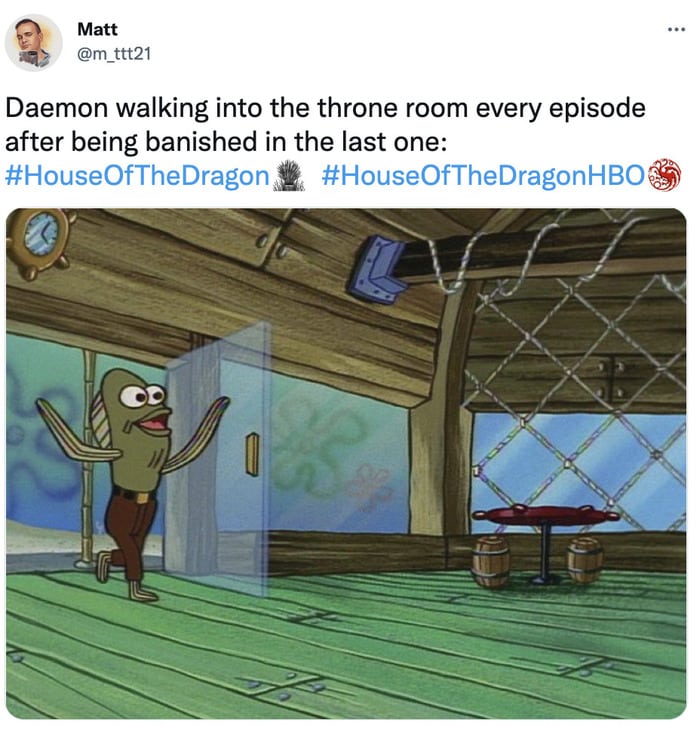 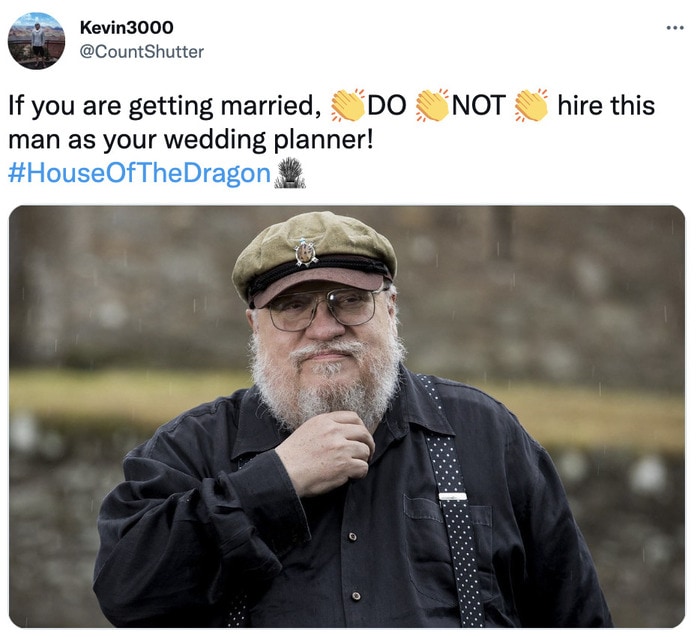 7. It’s a trick: there is no difference. 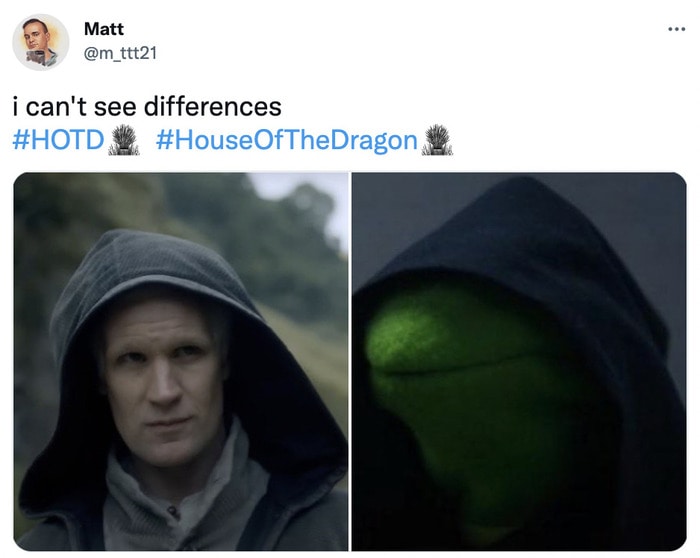 8. Their love would be adorable if it wasn’t for…you know… 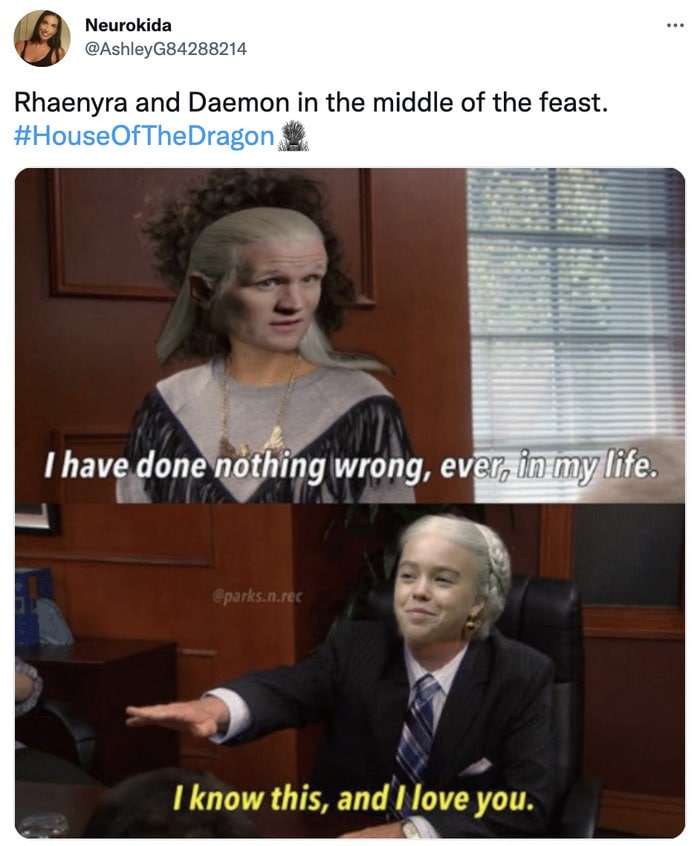 Daemon Targaryen: *menacingly walks through a scene not even saying a word*

You know who would’ve happily been his queens side piece and never uttered a word about it? #HouseOfTheDragon #HOTD pic.twitter.com/xeMXDiGHGh

12. “Maybe it’ll be different this time,” we tell ourselves unconvincingly.

I THINK I’VE SEEN THIS FILM BEFORE, AND I DIDNT LIKE THE ENDING #HouseOfTheDragon pic.twitter.com/B47tgETQXU

Daemon and Alicent purposely arriving to the wedding after it started #HouseOfTheDragon pic.twitter.com/Fpm4O4gjxC

House of the dragon episode 5 spoilers without context: #HouseOfTheDragon pic.twitter.com/TLpVtMMC56

15. Not the smartest move we’ve seen on this show.

16. He should have made Rhaenyra and Laenor elope.

Viserys trying to enjoy his daughters wedding but his family is insane #HouseOfTheDragon pic.twitter.com/TdmfK4nipX

17. This man…can do whatever we want and we will not be mad.

Daemon not standing for Alicent when she walked in #HouseOfTheDragon pic.twitter.com/TWFWRoHRwt

All of us when Ser Criston told Alicent he tapped that. #HouseOfTheDragon #HOTD pic.twitter.com/G63CTIOaVH

19. This is not how you make friends, Joffrey!

20. Let’s take a moment to respect the true star of this episode.

This is how I sleep knowing my man Harwin Strong is neither a murderer nor a traitor #HouseOfTheDragon pic.twitter.com/W4Q2vgCmEB

22. We looked down at our phone for ONE second!

Me trying to figure out how that fight started #HouseoftheDragon pic.twitter.com/o3QN9JSPcl

23. We’re a little embarrassed we didn’t see this coming sooner.

They didn’t even let Laenor finish wailing like a widow, before dragging him to the alter with fresh blood on his face. I- 🙆🏾‍♀️ #DemDragons #HouseOfTheDragon pic.twitter.com/fEg1iSc1LT

25. Not the best wedding decorations we’ve seen. And shockingly, not the worst.

They getting married now? Next to the blood, brain bits and rats??? #hotd #HouseOfTheDragon pic.twitter.com/wU4tgiyB39

26. Everything hurts and we’re confused.

27. But we’re ready to get hurt again next week! 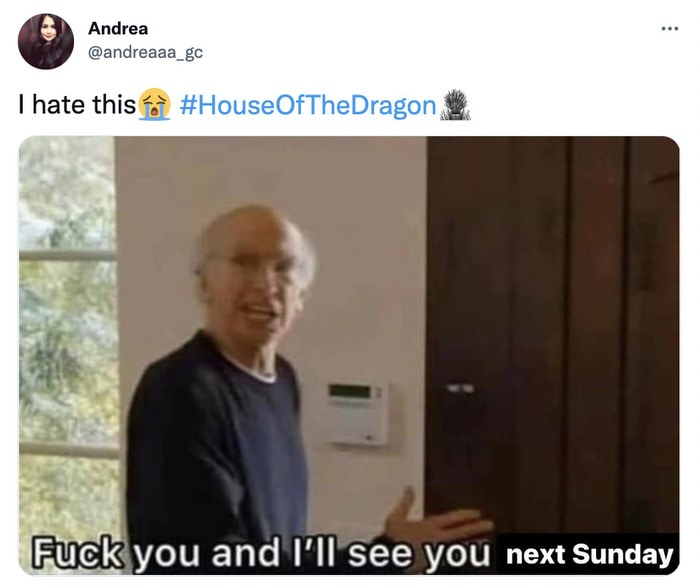 Latest posts by Hannah Rex (see all)
As an Amazon Associate we earn from qualifying purchases. This post may contain affiliate links from Amazon and other sites that we collect a share of sales from.
1.0K shares