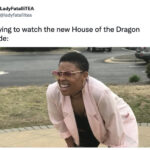 Now that we’ve gotten to House of the Dragon episode 7, we can safely assume three things: it will make us uncomfortable, we’ll need incredible eyesight to see the dark filming, and there will be some great memes and reactions to the absolute madness of this fantasy world. Because it is fantasy…right?

The latest episode proved all of those things correct as we saw – err, tried to see – intimate relationships, familial disputes, and well-executed plot twists. And yes, don’t worry – Daemon is still around doing what he does best.

After all that, the Internet did its thing and gave us the best House of the Dragon episode 7 memes, tweets, and reactions. And a desire to know who their optometrist is, because seriously, this episode was SO hard to see. 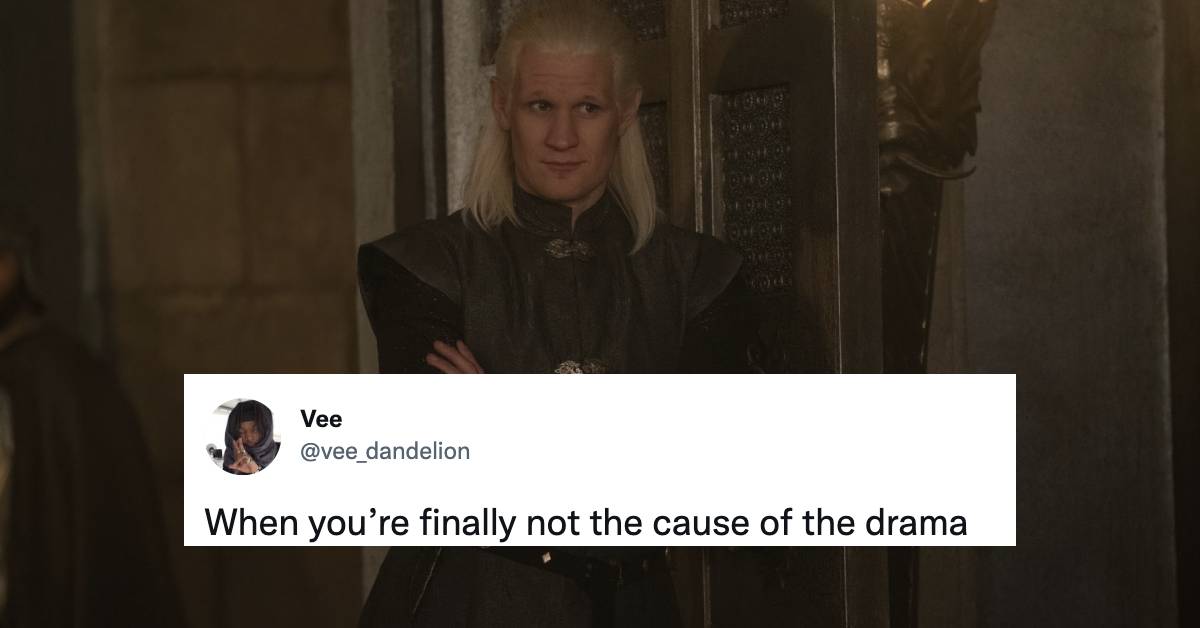 Be warned that there are lots of spoilers ahead. We can only assume that Twitter really had to spell things out for people because no one could actually see what’s going on.

So if you haven’t seen episode 7 yet…well, we’re not quite sure what you’re doing here. But we love the support! And you should probably go watch it before enjoying all these memes.

The Best House of the Dragon Episode 7 Memes, Tweets, and Reactions

1. Was this episode sponsored by eye doctors? 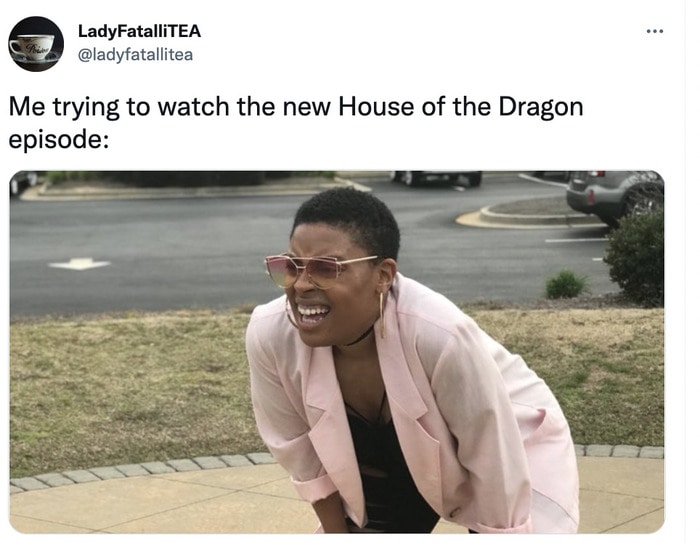 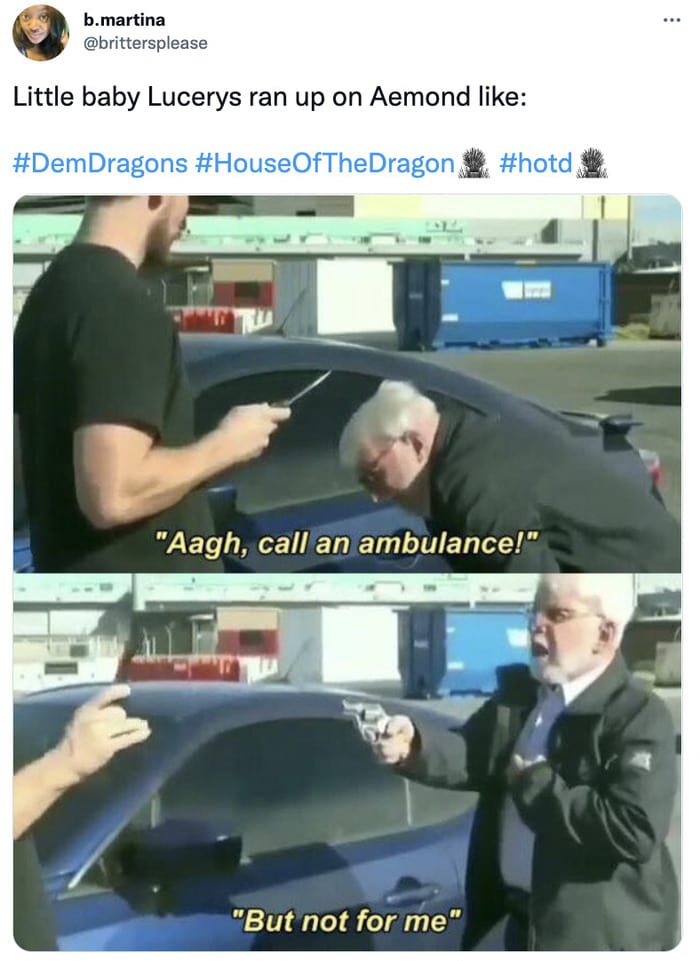 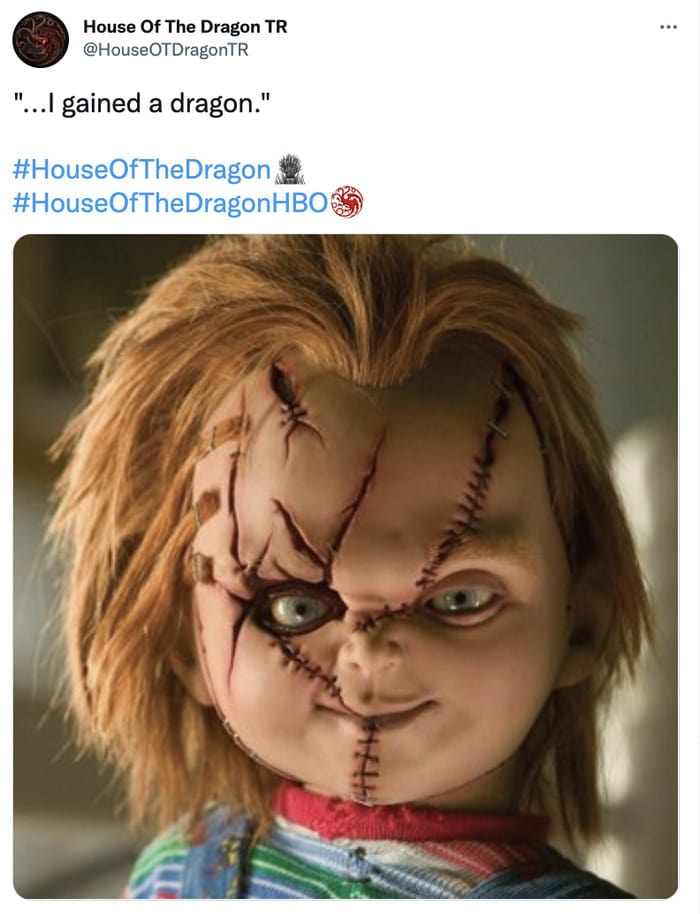 4. Can’t we just work this out with words? 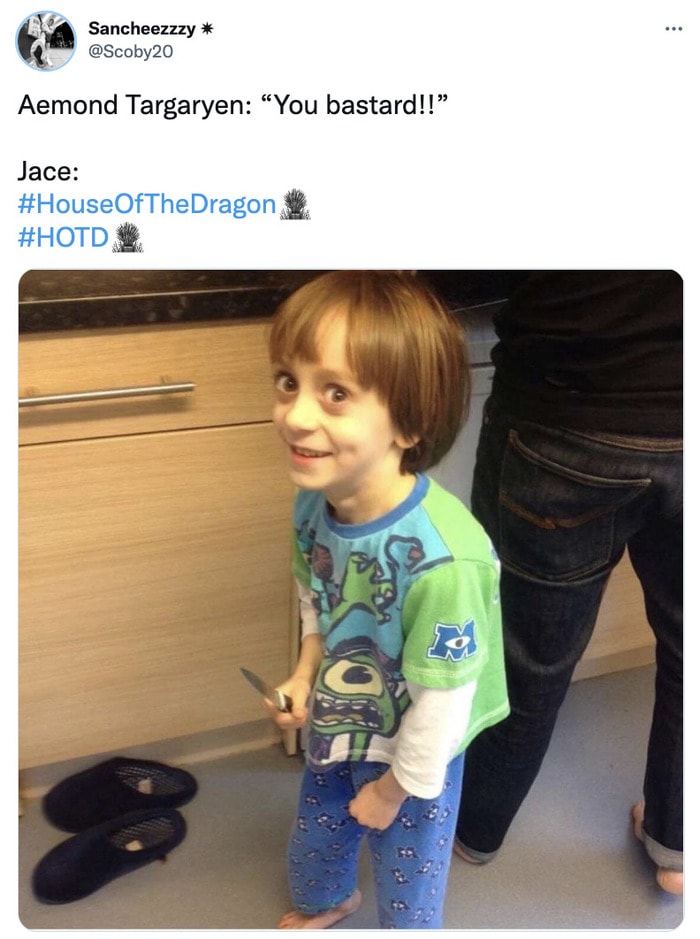 5. He only has so much hair left to lose! 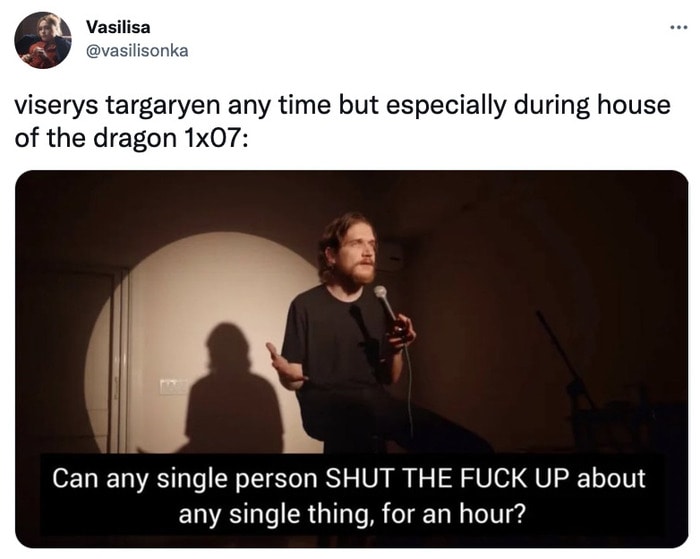 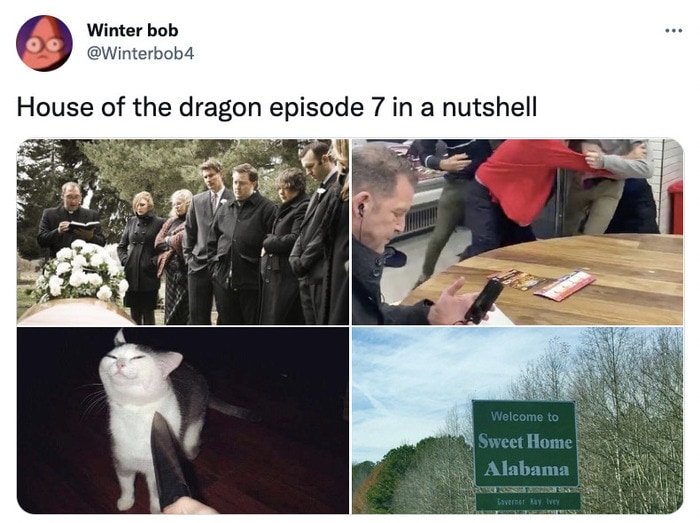 7. One last warning….major spoilers ahead! 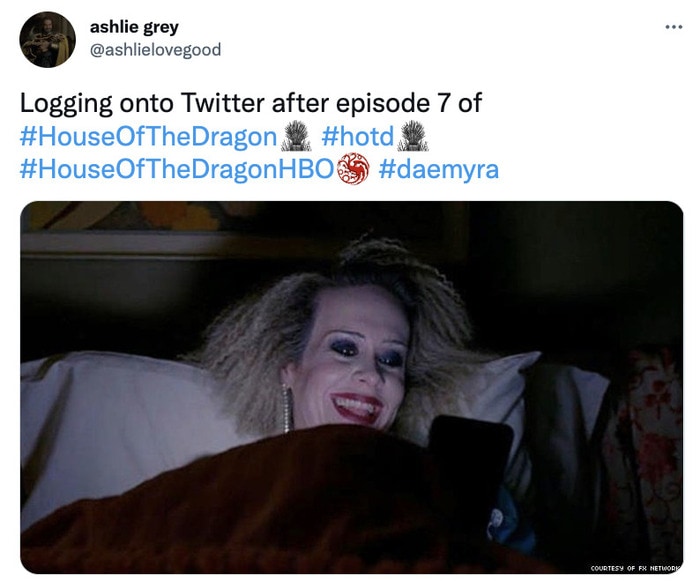 8. Thanks for that! Now can you finish all those books?

10. This takes “blood test” to a whole other level.

11. At least they’ve got one thing right.

DAEMON AND RHANEYRA REALLY SAID LET GAYS BE HAPPY AND LIVE THEIR LIFE HOW THEY WISH AND US ASWEL lmaoo #HouseOfTheDragon #HOTD pic.twitter.com/4p1Vsd2kgc

Daemon whenever a spouse needs to have an “unfortunate accident” #HouseOfTheDragon pic.twitter.com/yQmquMLock

14. That cut deep. But not quite as deep as her knife. Too soon?

Alicent being called Aemma by Viserys is such a slap in the face, I love it #HouseOfTheDragon pic.twitter.com/WcQSwkhClx

Alicent: It’s trampled under your pretty foot again. And now you take my son’s eye, and to even that you feel entitled.

Rhaenyra: Exhausting, wasn’t it? Hiding beneath the cloak of your own righteousness. But now they see you as you are.#hotd #HouseOfTheDragon pic.twitter.com/bpToUdqUfy

17. And there goes another Sunday.

Me the last 10 minutes of episode 7 of house of the dragons #HouseOfTheDragon pic.twitter.com/o7z3Y56Fx3

Latest posts by Hannah Rex (see all)
As an Amazon Associate we earn from qualifying purchases. This post may contain affiliate links from Amazon and other sites that we collect a share of sales from.
1.0K shares