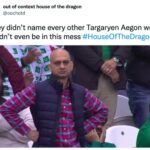 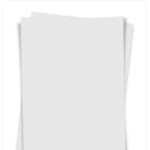 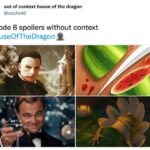 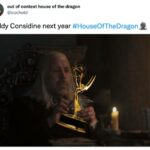 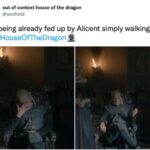 We hope you have some extra vacation days banked up, because you probably need to take today off work after watching House of the Dragon episode 8, “The Lord of the Tides.” These House of the Dragon memes and reactions to the wild episode might help you stabilize your emotions. But like…that was a lot. So who knows.

This week, we got a little bit of everything: heart-wrenching moments, character departures, and an incredible, stomach-churning scene that involved a head in a questionable format. We’re equally disgusted and impressed. And desperately need a nap. 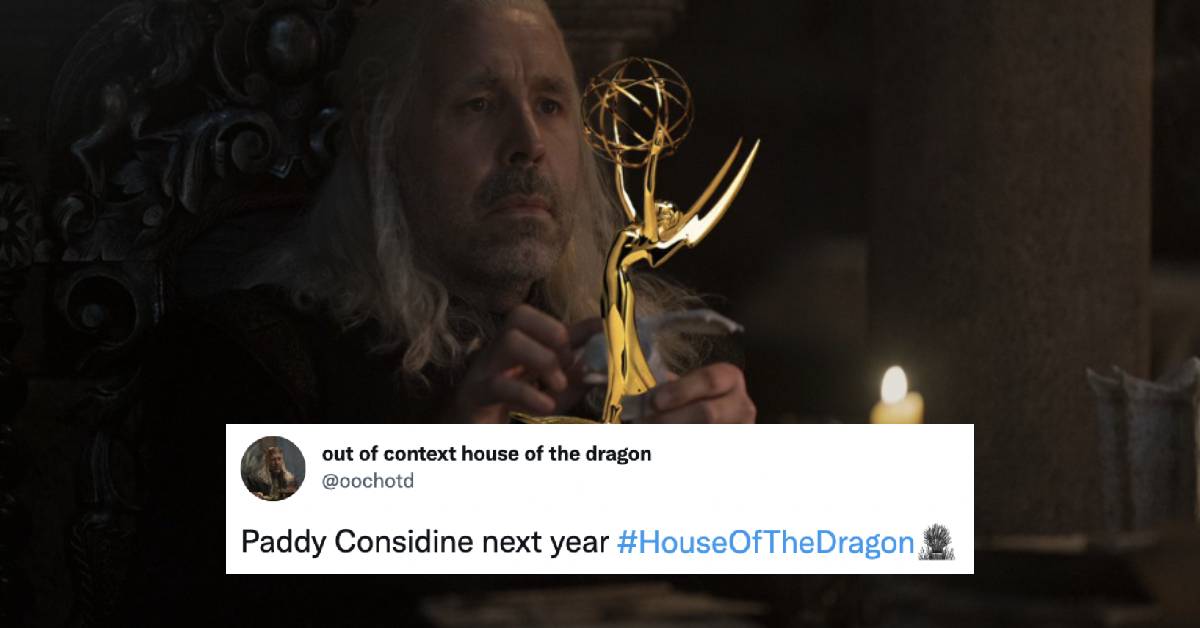 So, to help you process everything that went down, enjoy these House of the Dragon episode 8 memes, tweets, and reactions. Because we all know the work week doesn’t really start until Tuesday, anyway.

The Best House of the Dragon Episode 8 Memes and Tweets 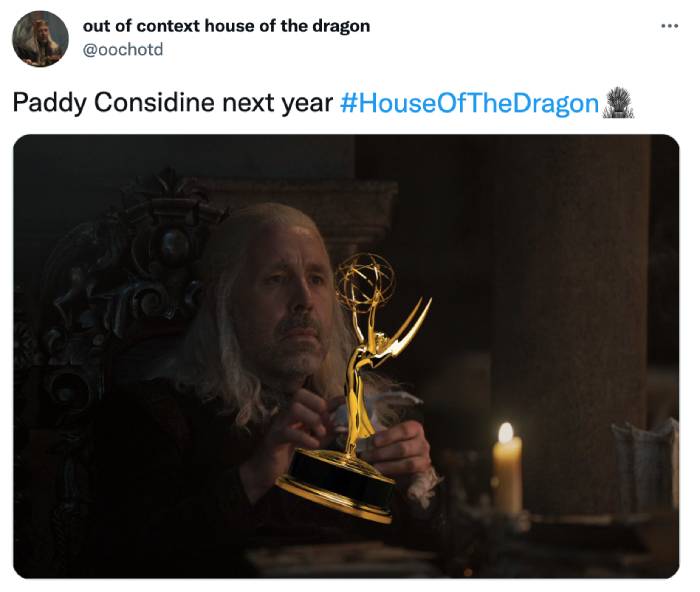 2. Maybe he was tired of carrying the show on his back, okay? 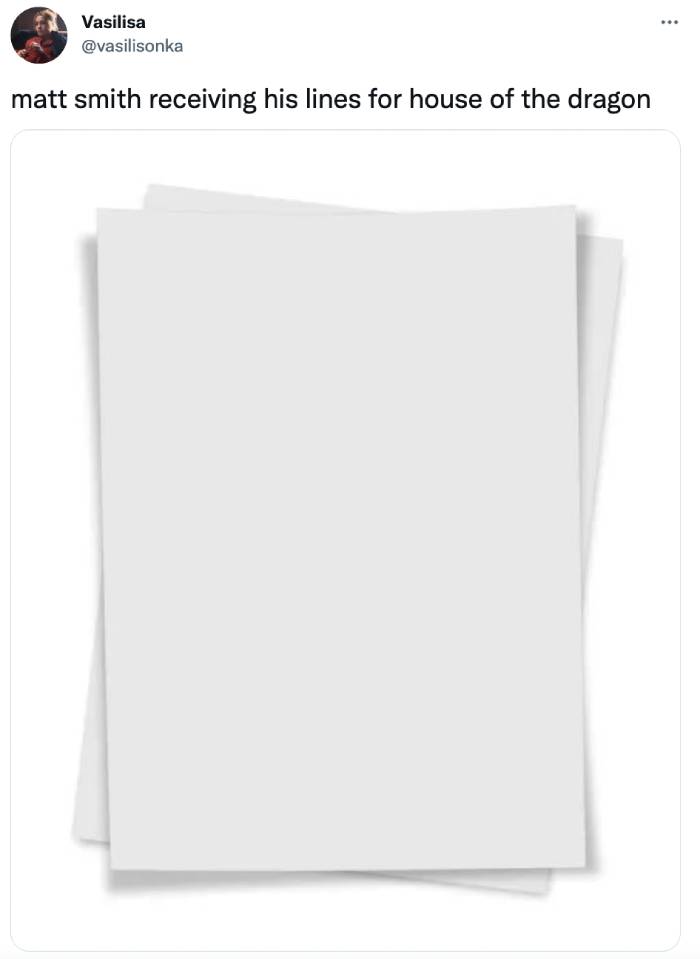 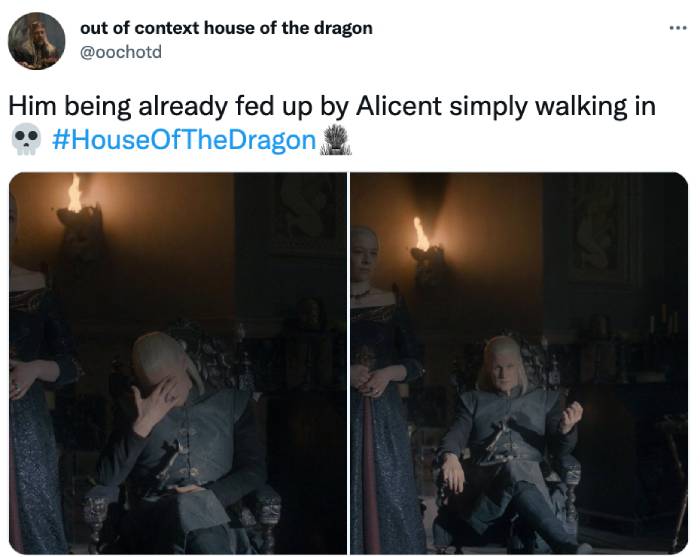 4. Seems like a pattern that would be worth breaking! 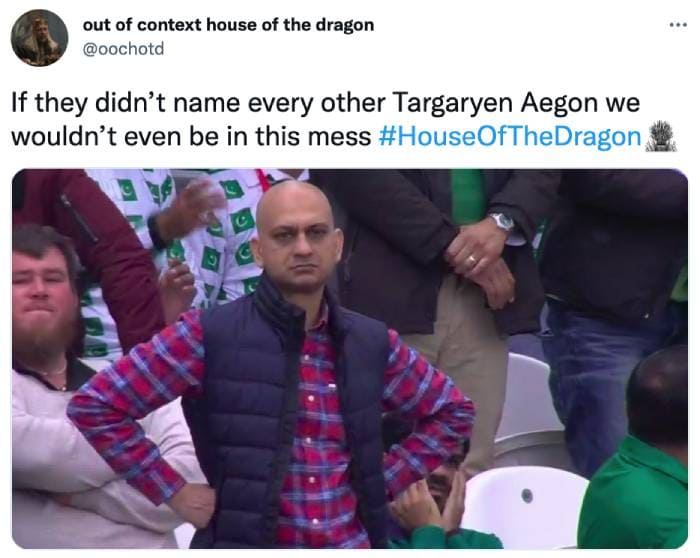 5. Oh, did they have a watermelon picnic? No? Huh. 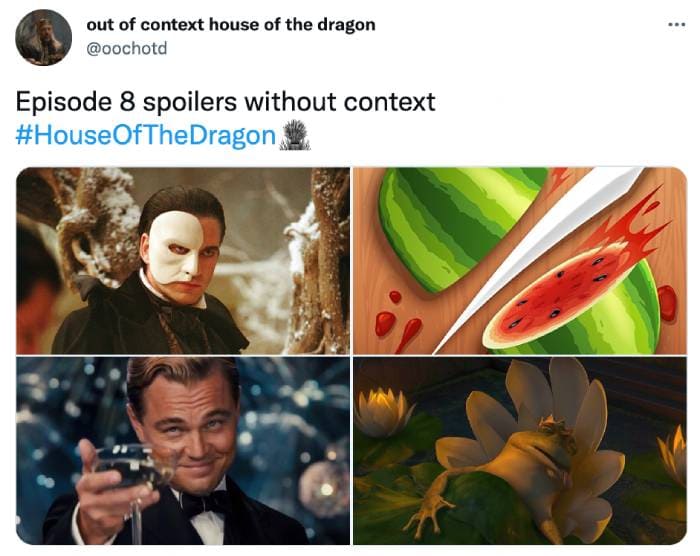 6. But noooo. We can’t have anything nice!

We were so close 😭 #HouseOfTheDragon pic.twitter.com/tZ4pyZEABE

7. Us, at every meeting that could have been an email.

HBO casted them like rent was due and after season 8 of Thrones it really was… #HouseOfTheDragon pic.twitter.com/6Baxuvp6M8

9. And this is why you should never try to be sarcastic over text.

house of the dragon no spoilers #hotd pic.twitter.com/c8wryK2BPS

16. That’s quite the trajectory.

Daemon Targaryen is the president of the fuck around and find out club pic.twitter.com/sLQ3AfVufL

Vaemond: Her sons are bastards and she is a whore

Me and Daemon at the same time: #HouseOfTheDragon pic.twitter.com/MpogDJGidb

Daemon whenever someone talks shit about Rhaenyra or her kids. #HouseOfTheDragon #DaemonTargaryen #HOTD pic.twitter.com/T1C6xOEKcn

Aemond when Daemon finally looked at him #HouseOfTheDragon pic.twitter.com/v7saEjN6sW

Gotta love Daemon staring down Aemond, only realizing now that his nephew is cosplaying him

daemon targaryen: decapitates a man right in the throne room

24. The Internet is a weird place.

Vaemond Velaryon: Your daughter’s a WHORE!

Latest posts by Hannah Rex (see all)
As an Amazon Associate we earn from qualifying purchases. This post may contain affiliate links from Amazon and other sites that we collect a share of sales from.
516 shares