Home » Food + Drink » Drinks
This post may contain affiliate links that we collect a share of sales from. Click here for more details.
355 shares
Jump to Recipe 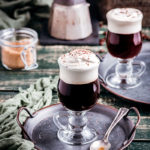 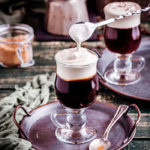 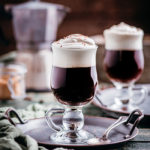 The Irish Coffee is a whiskey and coffee-based drink that has been a staple on cocktail menus since the 1950s.

Ever need a drink that screams “wake me up” and “get me sloshed?” Well, then the Irish Coffee may be the cocktail of your dreams. (Especially if you dream about mixed drinks.) 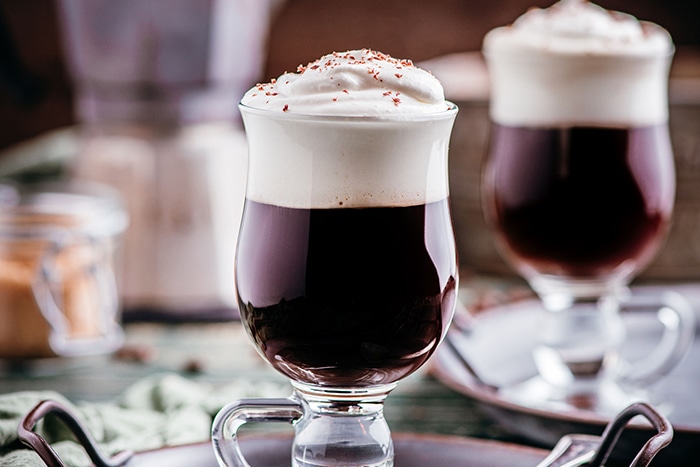 Who Invented the Irish Coffee?

The Irish Coffee was invented in 1943 by chef Joe Sheridan at the Foynes airport in County Limerick, Ireland.

As the story goes, a flight left Foynes for New York late one winter night. But, after battling bad weather for several hours, the pilot returned to the airport to wait out the conditions.

Sheridan and other restaurant staff returned and Sheridan decided to whip up something warm and soothing for the exhausted passengers, and poured some of the good Irish whiskey in their coffee.

According to the Flying Boat Museum, “one passenger approached the chef and thanked him for the wonderful coffee, asking if he used Brazilian coffee. Joe jokingly answered, “No, it was Irish coffee!'” 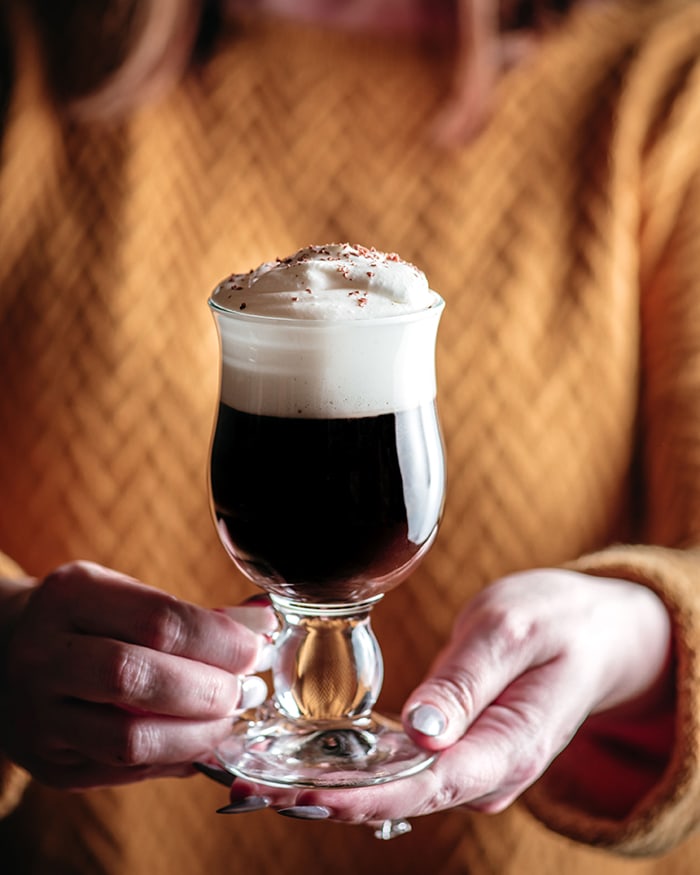 A few years later, the legend of Joe’s spiked Joe made its way to San Francisco to the ears of Jack Koeppler, owner of the Buena Vista Hotel. They kept trying to reproduce it, but couldn’t ever get the cream quite right.

Determined to recreate the drink for his customers, Koeppler tracked down Sheridan and offered him a position at the hotel. The chef shared his recipe in rhyme and then took the job, because poems make terrible recipes. 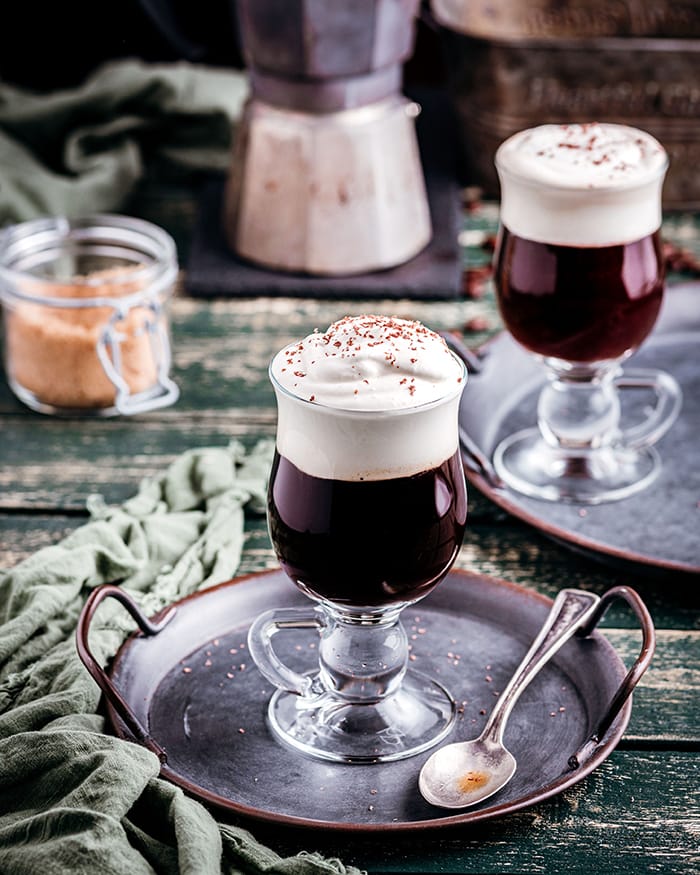 How to Make an Irish Coffee 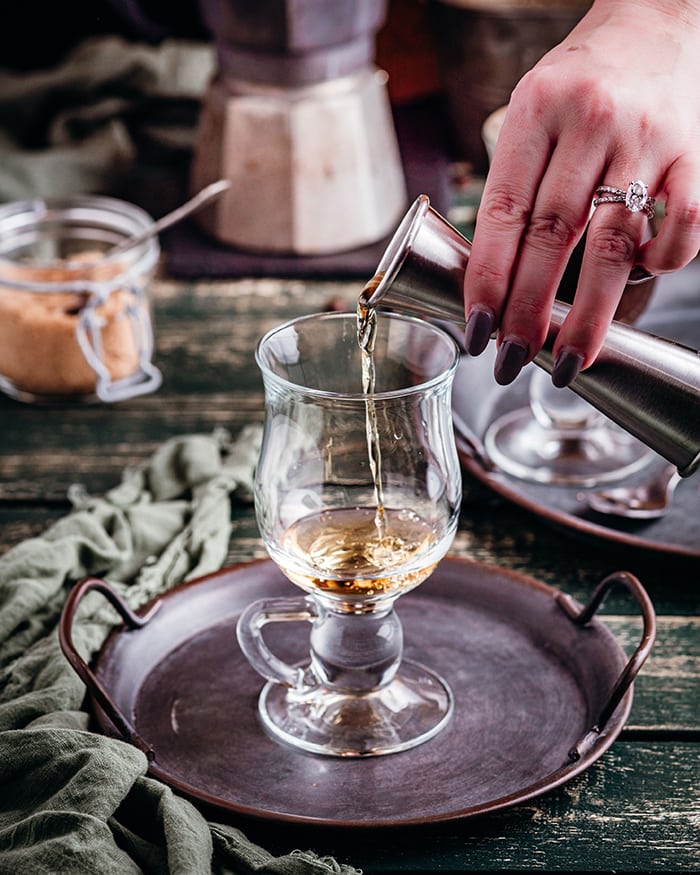 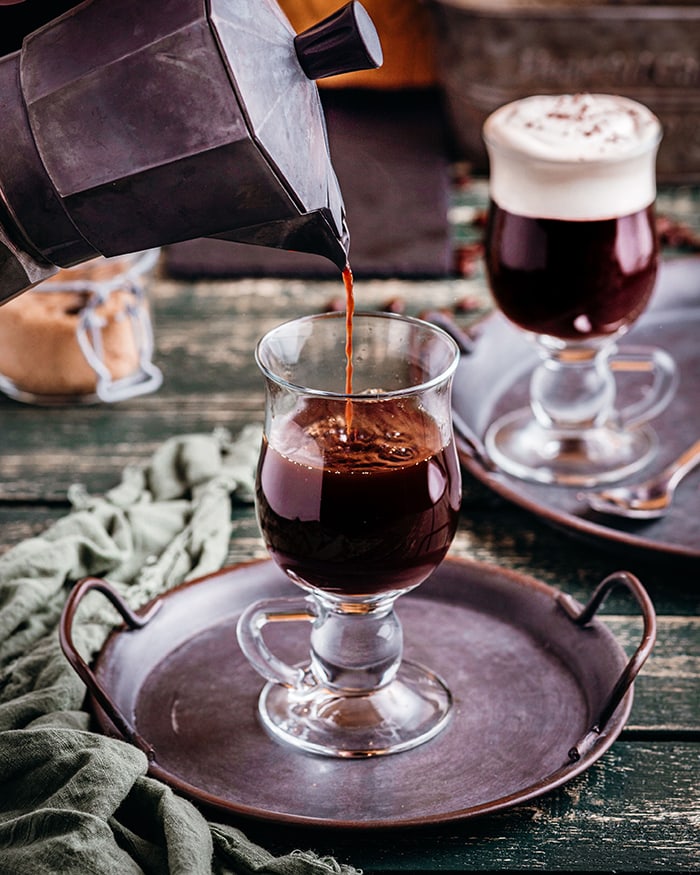 3. Stir in the sugar until it’s dissolved. 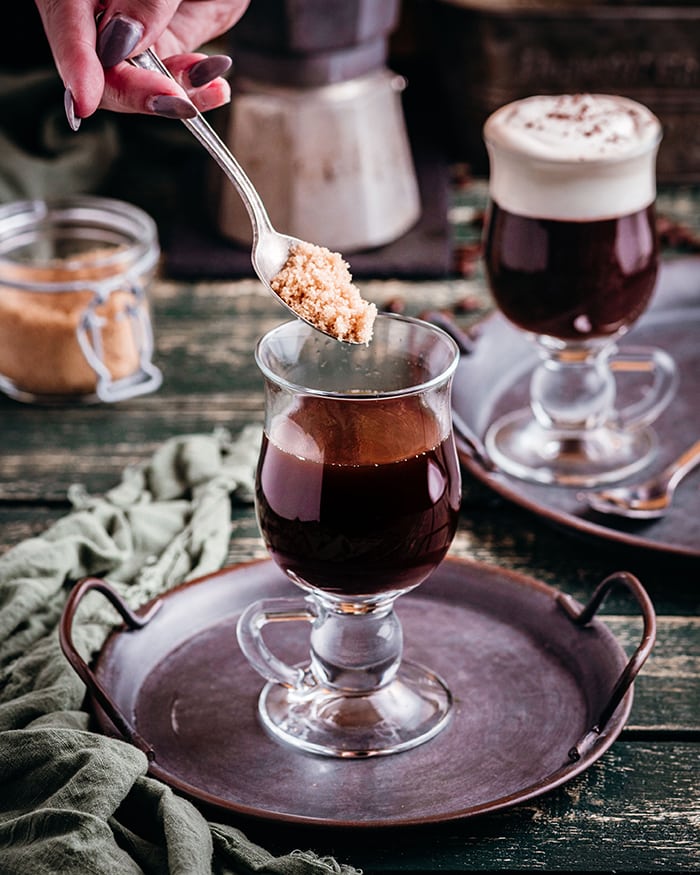 4. Slowly pour the whipped cream over the back of a spoon to create a float on top. 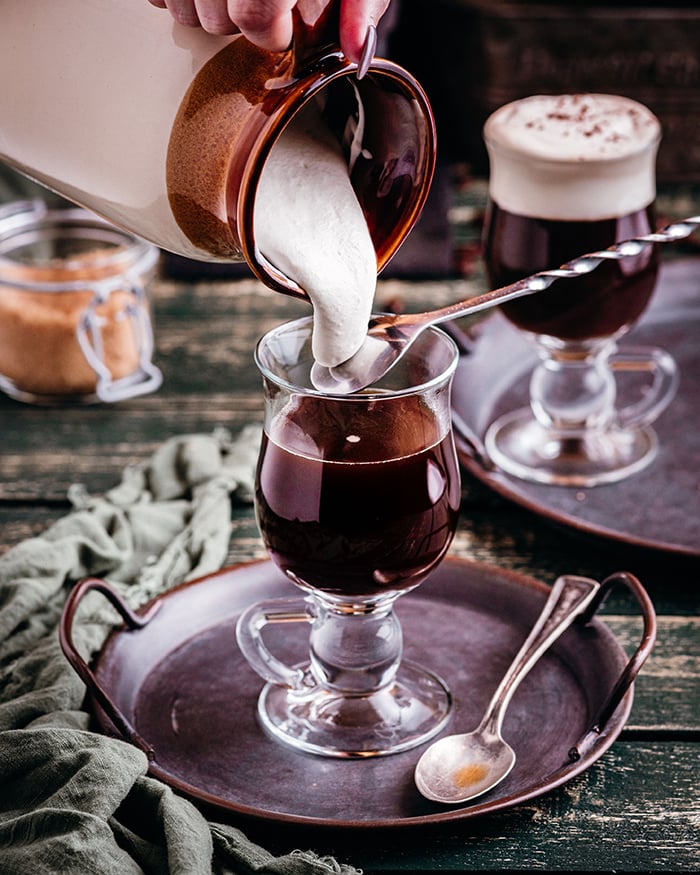 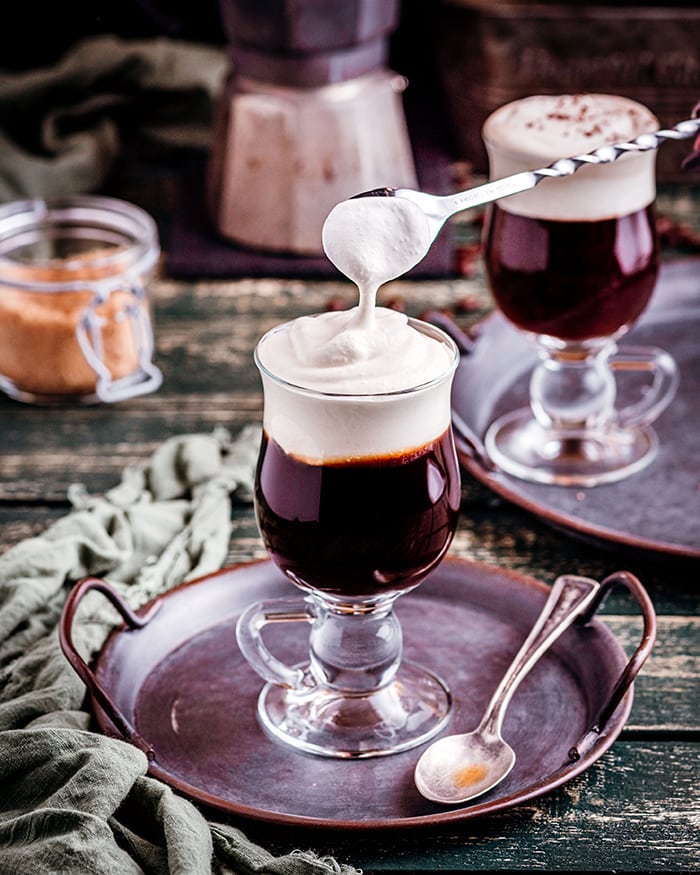 There are some easy options to change up your Irish Coffee. Here are a few simple variations:

How Strong Is It?

Using a typical whiskey as the gauge, the Irish Coffee should come out to roughly 9% ABV (18 proof). It will definitely keep you awake.

5 from 1 vote
Print Recipe
A traditional Irish Coffee is made with coffee, whipped cream, sugar, and Irish whiskey. 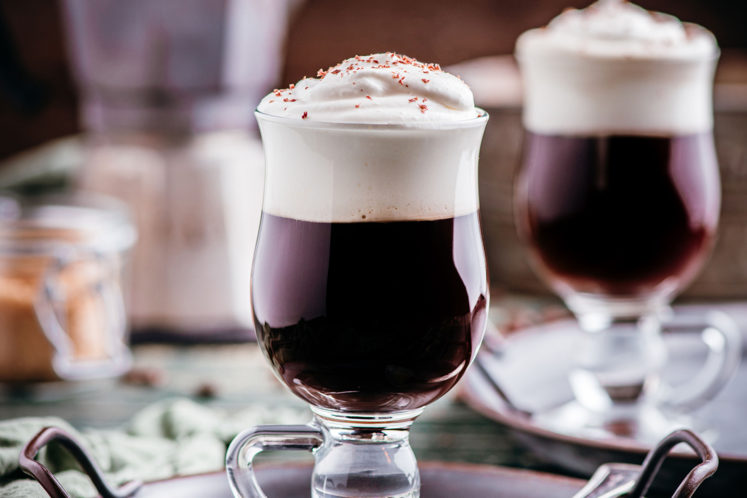 Nutrition Facts
Irish Coffee
Amount Per Serving (1 cocktail)
Calories 223
* Percent Daily Values are based on a 2000 calorie diet.
Course: Drinks
Cuisine: Irish
Keyword: Irish coffee
Author: Katie Schindelheim
Did you make this recipe?Leave a review below, then take a photo and tag @letseatcakeblog on Instagram so we can see it!

Photos by Angela Persicke of Cooking with Wine.

Latest posts by Katie Schindelheim (see all)
As an Amazon Associate we earn from qualifying purchases. This post may contain affiliate links from Amazon and other sites that we collect a share of sales from.
355 shares