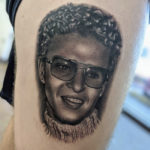 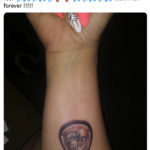 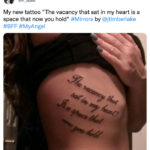 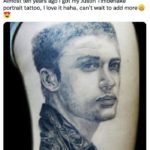 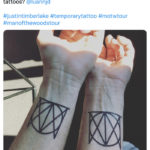 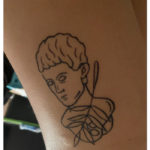 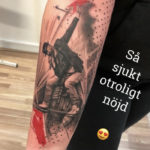 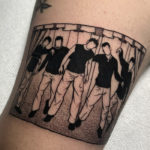 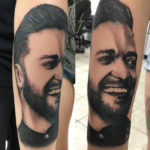 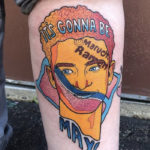 The former ‘NSYNC singer-turned-actor has been gracing our ears since wearing denim on denim was cool. And when Britney Spears was making headlines on the daily. The first time. 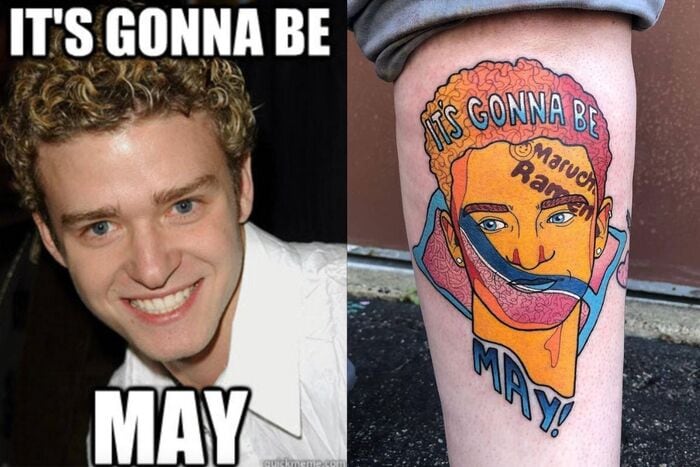 If listening to the boy band’s 2000 pop hit “It’s Gonna Be Me” isn’t enough to ring in the new month, entertain yourself with the funniest, best, and worst Justin Timberlake fan tattoos.

1. It’s Gonna Be May Tattoo

This tattoo doubles as a helpful reminder of what month it is. The downside is that it only works for one week a year. We’re guessing they don’t know about Apple Watches.

Early 2000s J.T. was all hair gel and tinted shades. Eventually, he gained a corporeal form.

This tattoo is an illustration of the 2000 ‘NSYNC album No Strings Attached. Two of the band’s most iconic songs, “Bye Bye Bye” and “It’s Gonna Be Me” came from this album, solidifying its place in the Memer Hall of Fame.

You know it’s a good portrait tattoo when it calls you out for not going to the dentist for two years. Okay, Justin, we get it.

Good news: This is a unique way of covering up up your freckles. That’s also the bad news.

Add a few wrinkles every year and you’re golden. 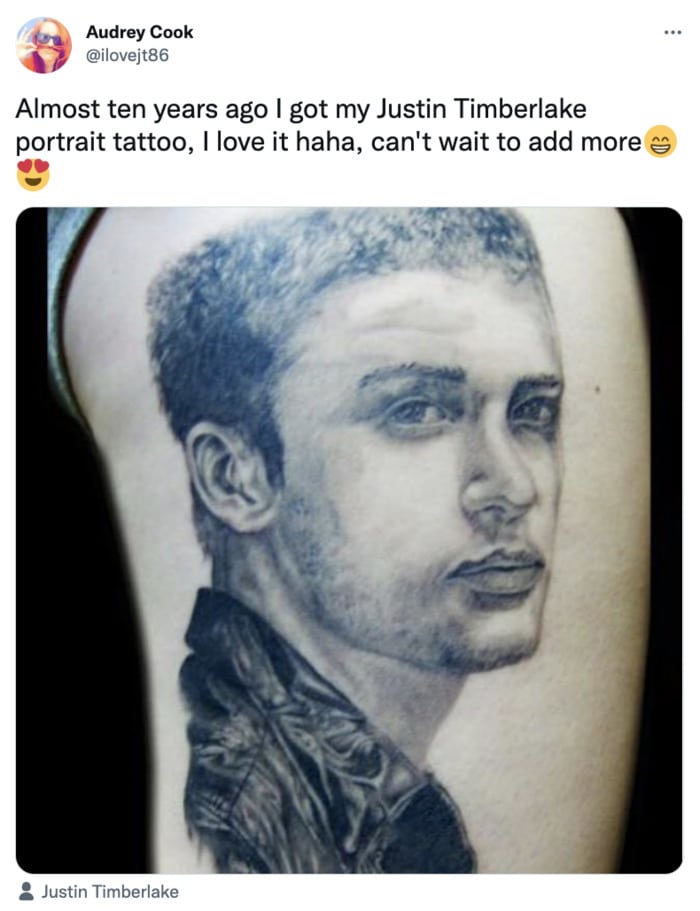 The second single from his 2013 album The 20/20 Experience, Mirrors was inspired by Timberlake’s relationship with his wife, Jessica Biel. You can not, however, read this tattoo in a mirror. 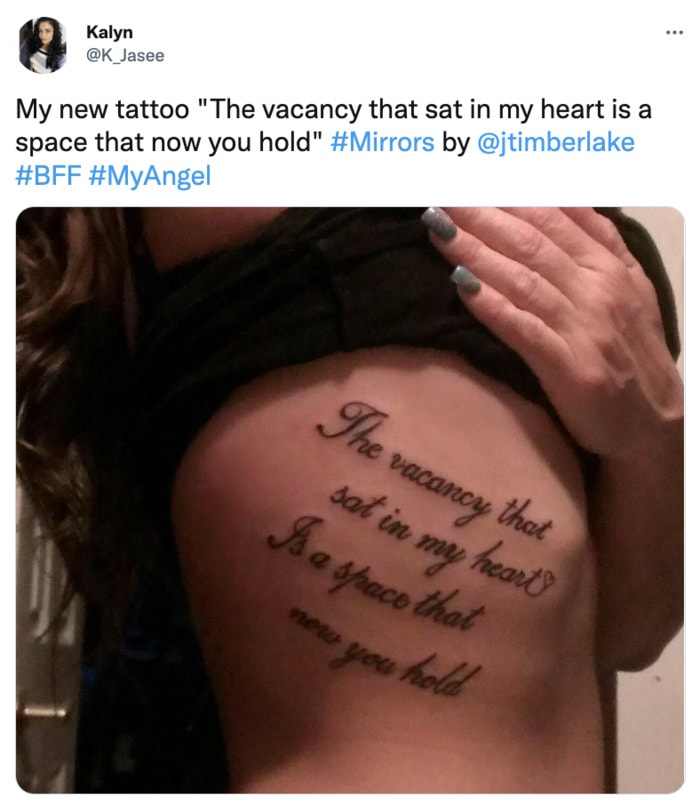 Timberlake’s 2013 hit song “Suit & Tie” came from his third studio album The 20/20 Experience. Little did he know then that the actual 2020 experience consisted of lots of sweatpants.

He does tattoos now too?! Hello, quadruple threat. 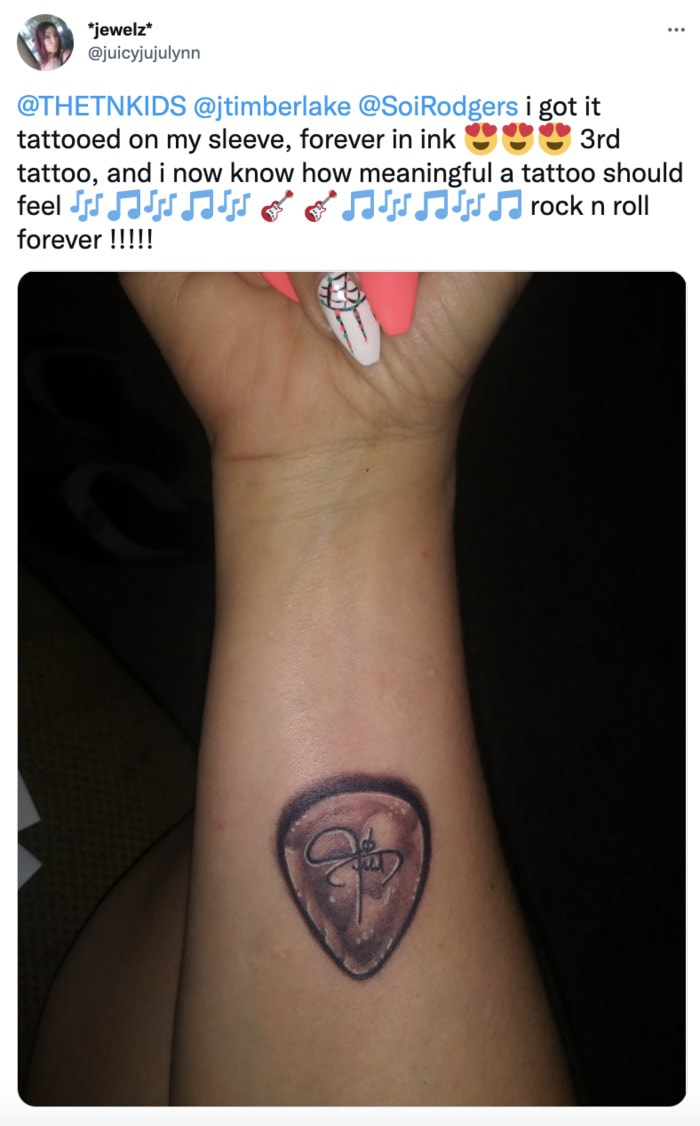 Seeing this tattoo on a first date might be a red flag, but hey, they tried to warn us. No strings attached.

Minimalist Justin Timberlake doubles as a Greek marble statue if you realize you’re actually not that big of a fan. Unlike that tattoo of your girlfriend’s name. 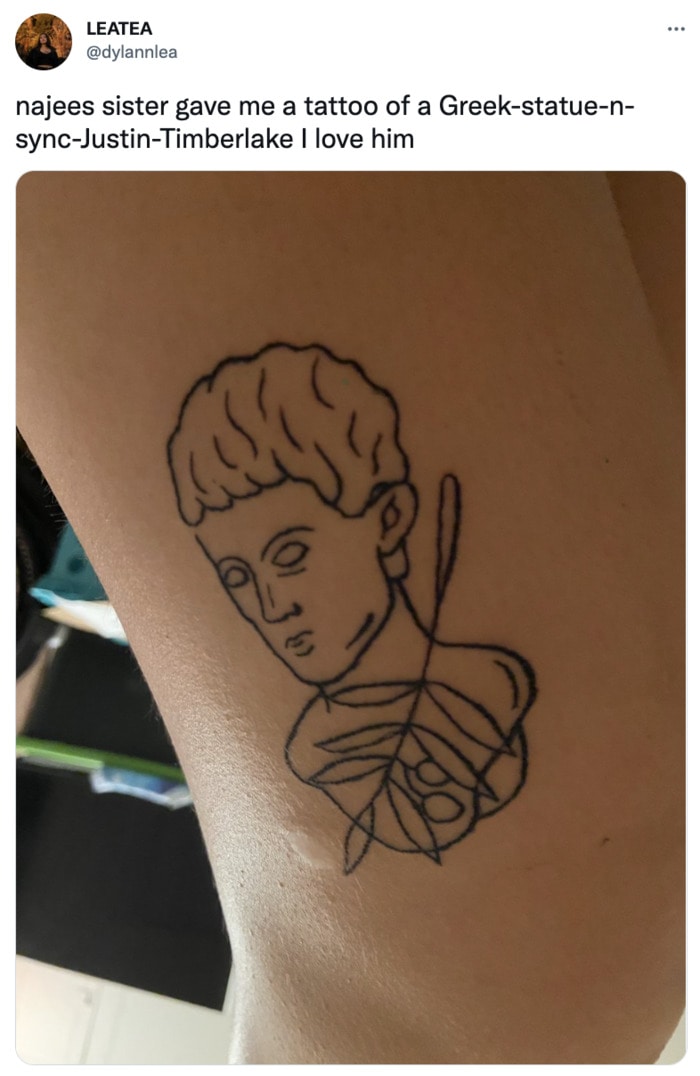 13. The Man of the Woods Tour Matching Tattoos

The Man of the Woods Tour and album was named after Timberlake’s son Silas, whose name is of Latin origin and means “man of the woods.” And we thought our parents framing our baby pictures was a nice gesture. 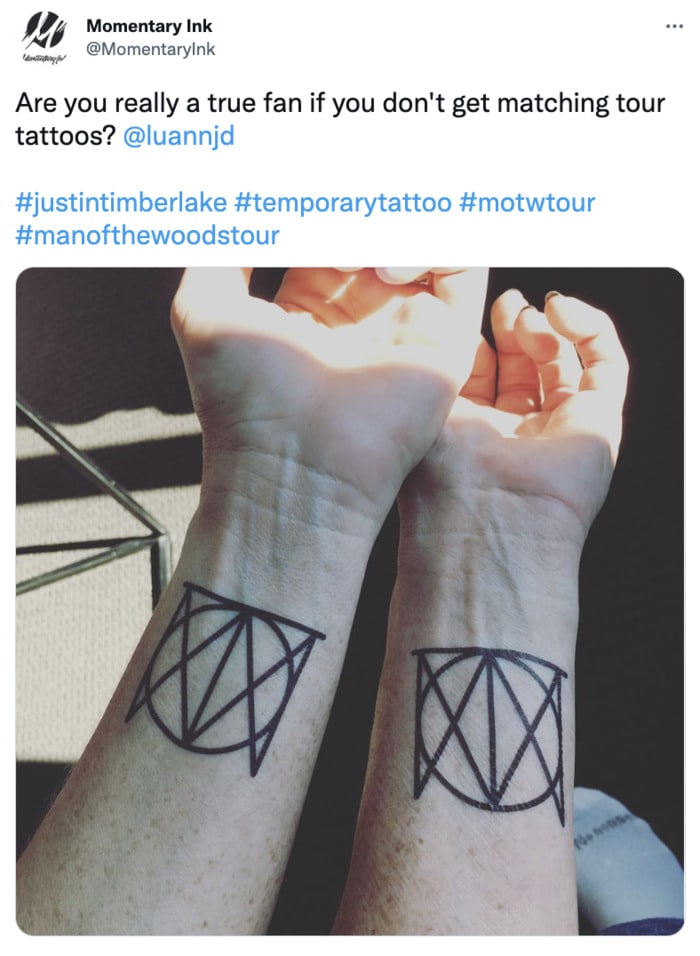 This Justin Timberlake tattoo was meta before Meta was even invented.

We found the world’s biggest Justin Timberlake fan with a whopping three tattoos dedicated to the singer. Our favorite is the ode to his appearance in Trolls. Do Shrek next!

Latest posts by Laura Davis (see all)
As an Amazon Associate we earn from qualifying purchases. This post may contain affiliate links from Amazon and other sites that we collect a share of sales from.
134 shares