Annie Murphy has moved out of Schitt’s Creek and into her first dramatic role. After winning an Emmy Award for her portrayal of the iconic Alexis Rose, Murphy was cast as the lead in AMC’s new dark comedy, Kevin Can F**k Himself. And it is decidedly not ew, David.

Kevin Can F**k Himself is executive produced by Rashida Jones, AKA Ann Perkins on Parks and Recreation. Jones talked about the concept of the show in an interview back in 2018, which somehow was not actually 10 years ago. 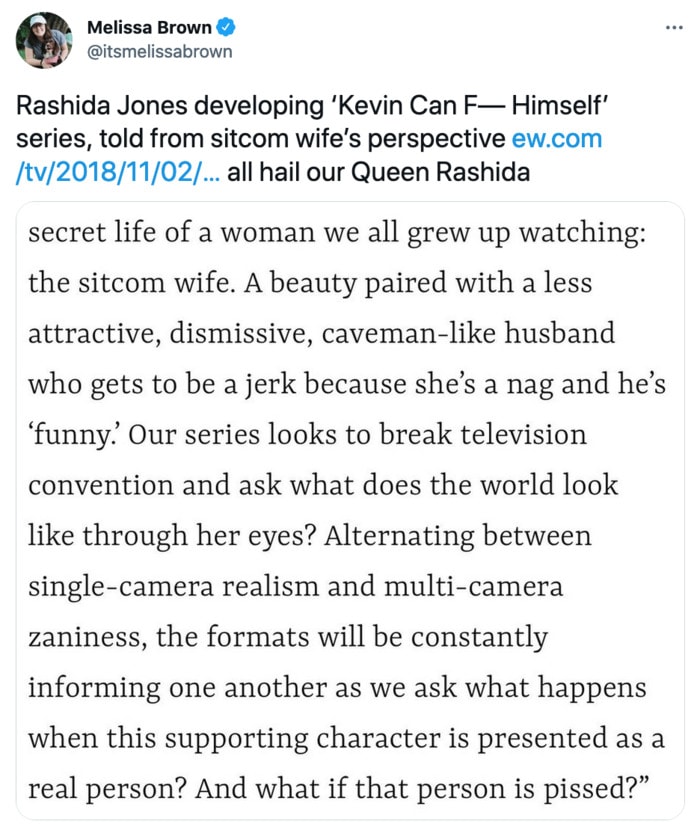 We’ve seen the ill-matched sitcom couple time and time again, even in cartoon-land a la Homer and Marge in The Simpsons. You know the drill – uber hot and incredibly patient wife with the average Joe husband who’s kind of a loser. Kevin Can F**k Himself flips that on its head. (It could do more tricks, but we’re all out of treats.)

If Annie Murphy playing the lead isn’t enough to entice you to watch, these hilarious tweets are sure to do the trick. If not, how about this magic rabbit?

15 Tweets About Kevin Can F*** Himself

1.Petition for a Parks and Rec, Schitt’s Creek crossover episode! 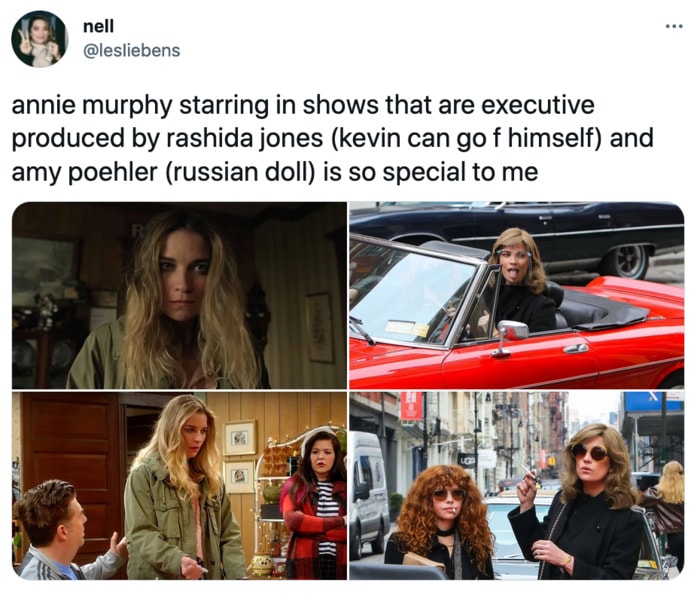 2. Which show do we watch for a foot rub? 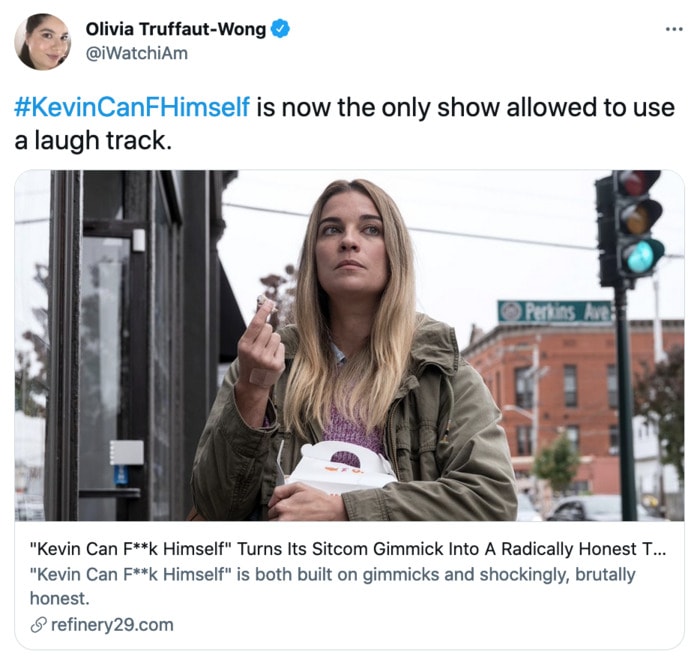 If you’re watching #KevinCanFHimself and not enjoying it, maybe you are a Kevin. pic.twitter.com/DxEwVMn99m

5. What exactly is the problem here? 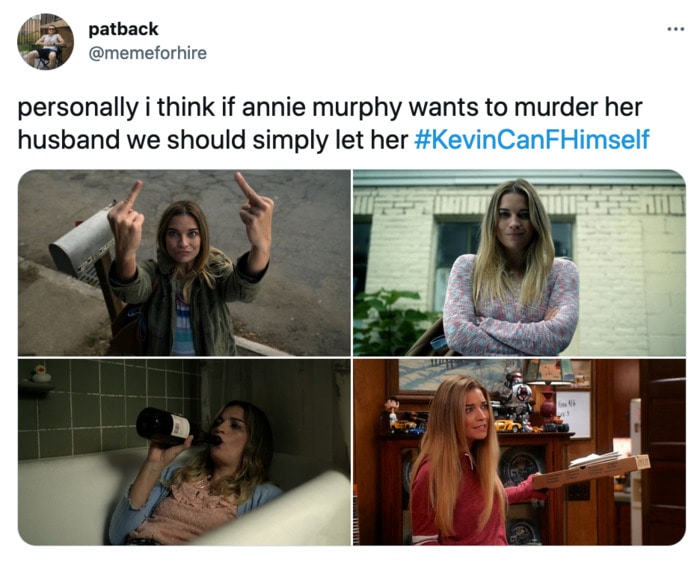 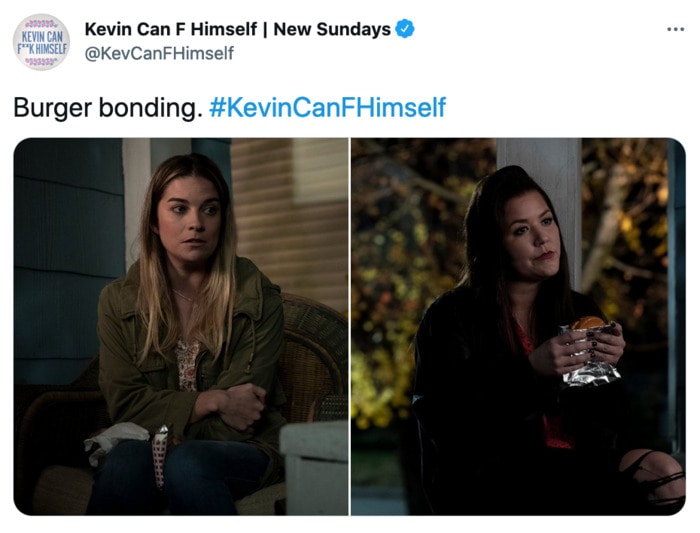 The fact that a show called #KevinCanFHimself exists is the ultimate sign that we're truly living in the era of peak TV, I love to see it. pic.twitter.com/lAcdTw37iW

8. This just looks like a Friday night to us. 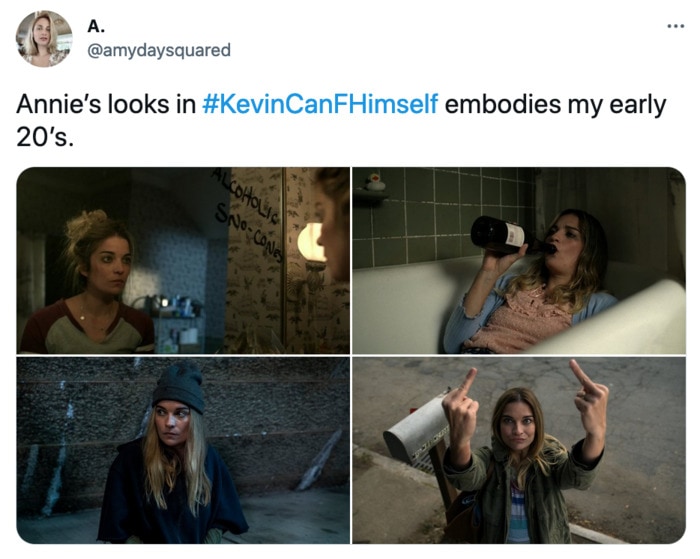 9. We’re all in this together.

After watching the premiere of #KevinCanFHimself I pretty much wanna kill Kevin too pic.twitter.com/kiEurpkWks 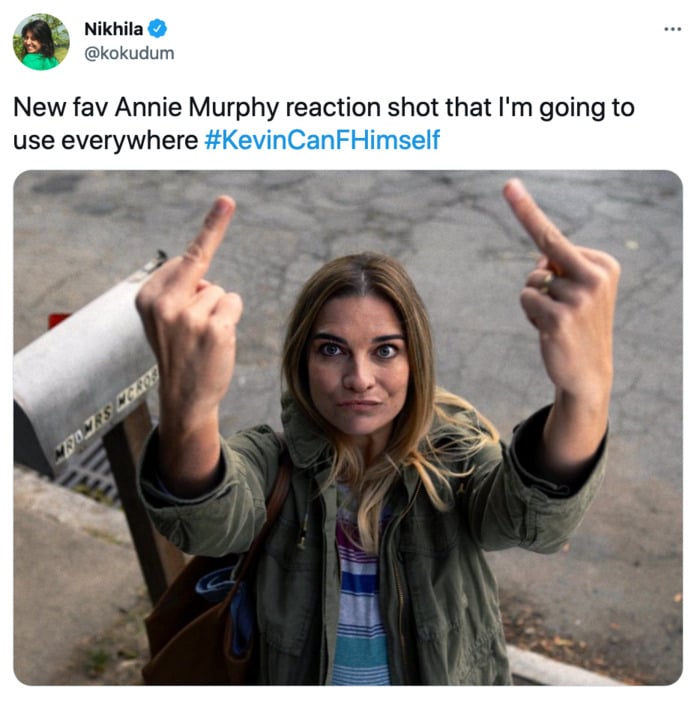 12. Just another reason to look forward to Sundays. 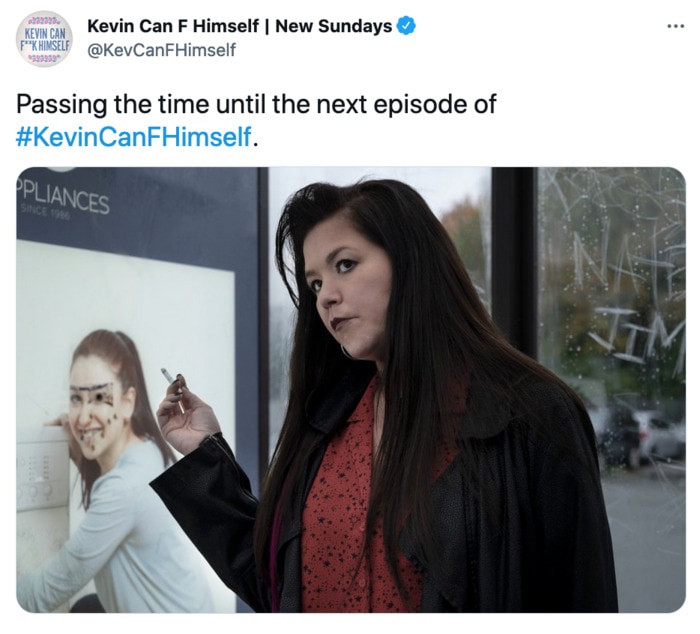 13. So there are some Raymonds that everybody loves. 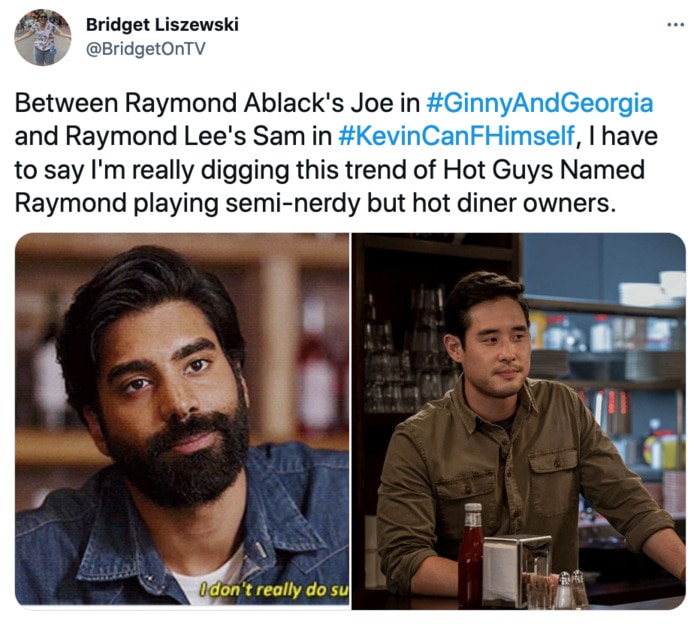 14. It’s got the Kevin stamp of approval.

15. Give the Emmy-winning queen whatever she wants. 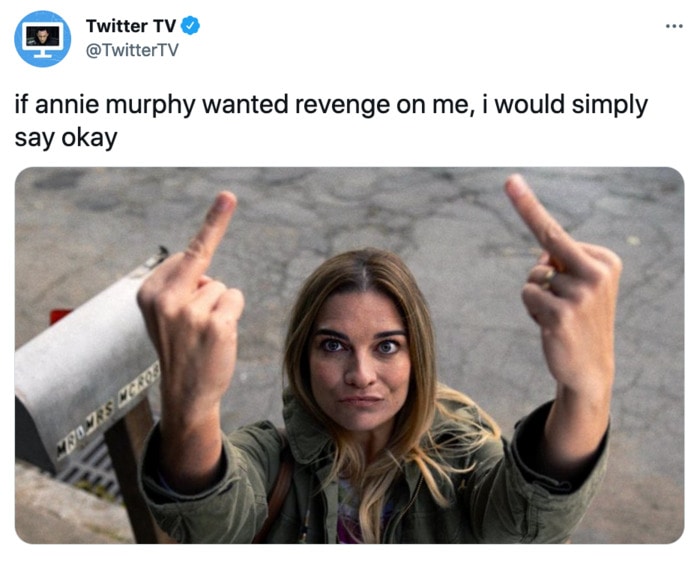 Latest posts by Laura Davis (see all)
As an Amazon Associate we earn from qualifying purchases. This post may contain affiliate links from Amazon and other sites that we collect a share of sales from.
83 shares