The Met Gala gives us common folks a glance into a world that’s fashionable, chic, and creative. And sometimes…just downright ridiculous. Sure, we may not understand “high fashion,” but we’re pretty sure you’re supposed to be able to walk in the clothes you wear.

The September 2021 Met Gala was nothing short of entertainment, with breakout stars like Lil Nas X, AOC, A$AP Rocky, and of course, Kim Kardashian. Although Kim K is famous for baring it all, she pulled a 180 turn this year by donning an all black, full body Balenciaga outfit.

The only thing showing was a long (VERY long) black ponytail, and if we’ve learned anything from Ariana Grande, we know that she definitely bought it. Or at least borrowed it. 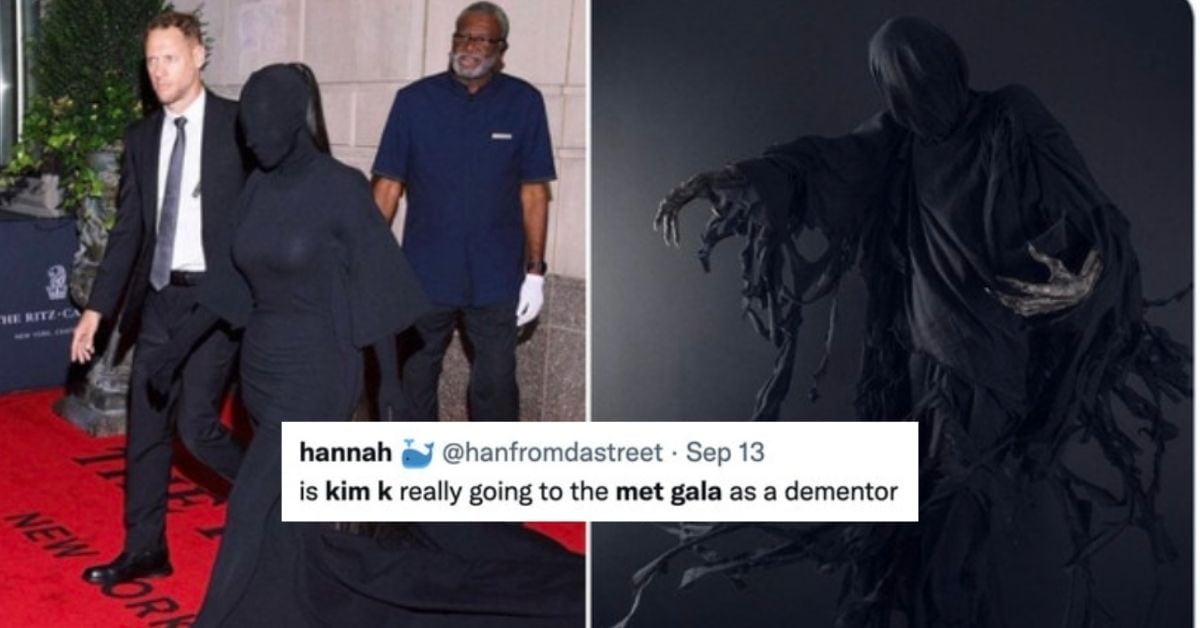 But I don’t care so much about this being on the cutting edge of fashion. I care about something way more impactful – the memes! And oh, are there memes.

In honor of the 2021 Met Gala and the queen of social media, here are the best Kim Kardashian Met Gala memes for you to enjoy as you distract yourself from yet another Zoom meeting that should have been an email.

1. Slowly backs into a dark corner… 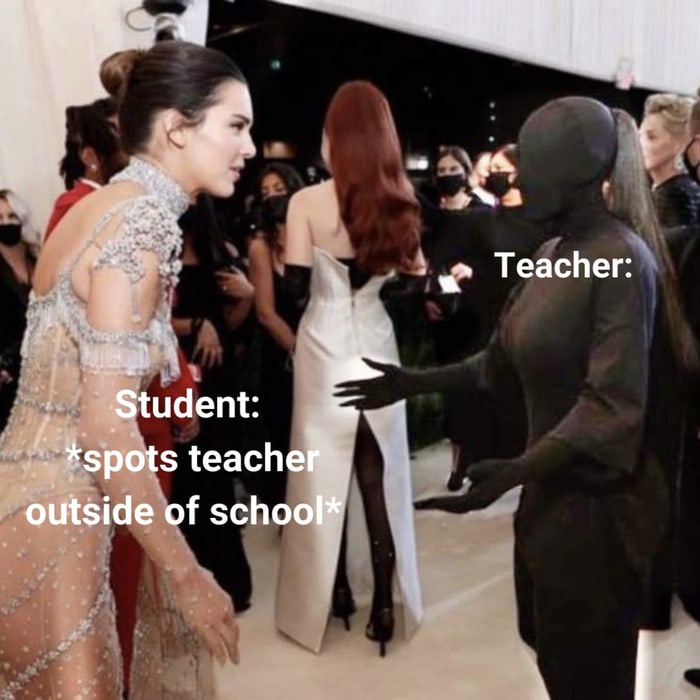 2. We only come alive after 5pm on Fridays. 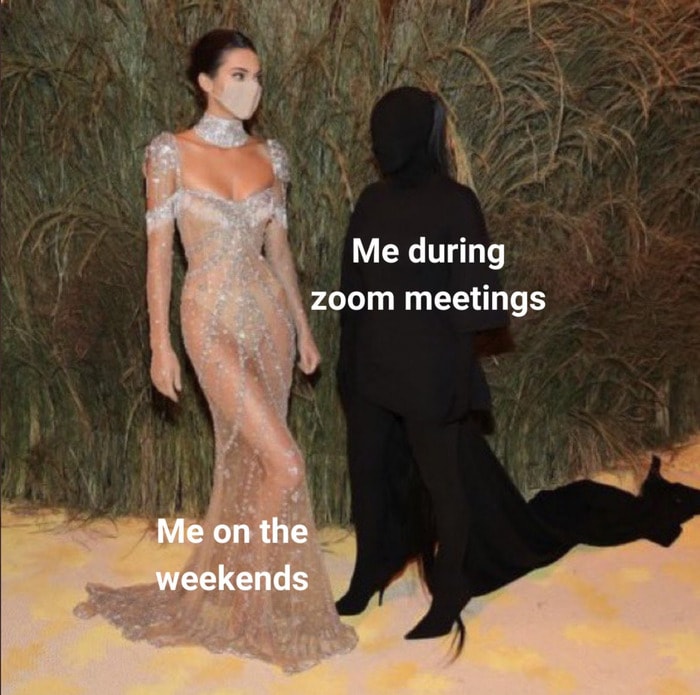 3. Anyone have a flashlight?

pov: you're kim k at the #MetGala pic.twitter.com/K00py8aBNq

5. *Saves idea for next ComicCon* 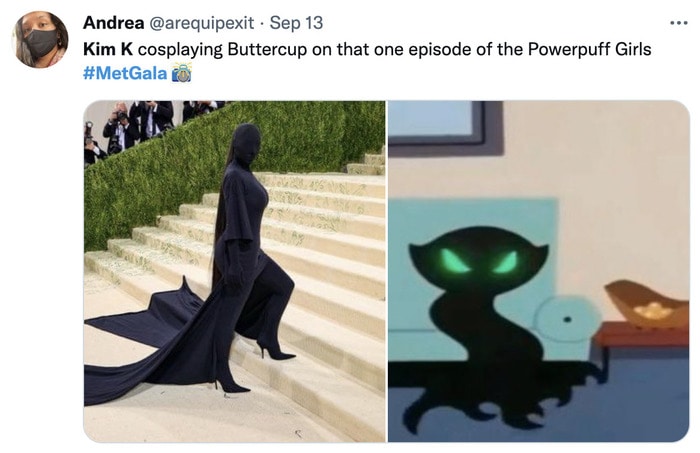 6. We love an HP vibe. But maybe go with a Veela look next time? 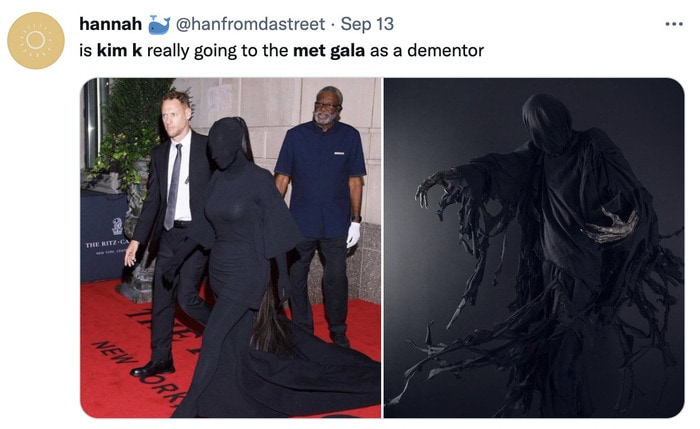 Kim K was giving Shadow from the Bear in the Big Blue House at the #MetGala pic.twitter.com/ea2s9lHb9j

8. It’s all about how you accessorize!

9. We thought we felt a chill! 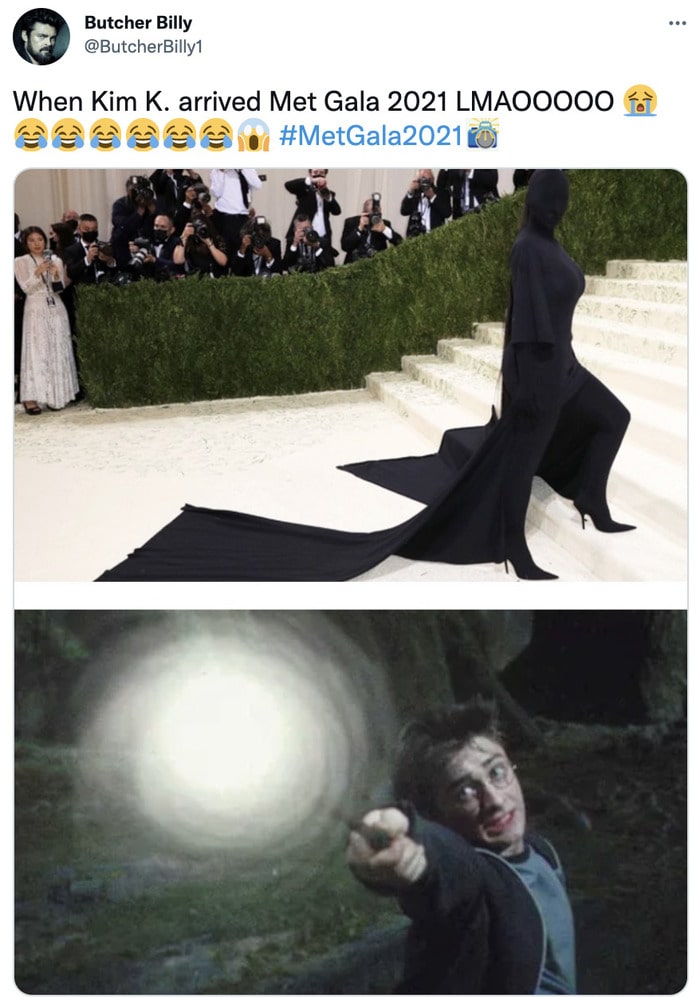 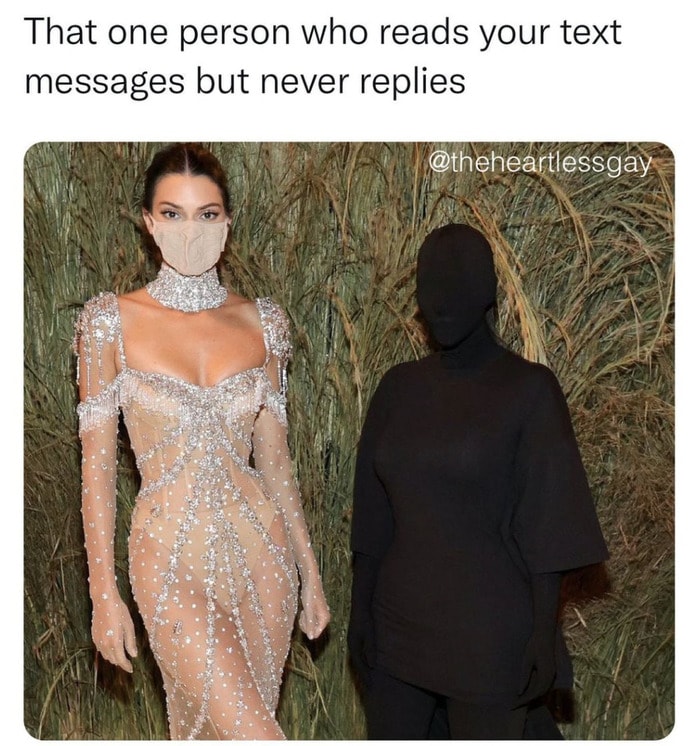 11. Can I introduce you to my best friend? 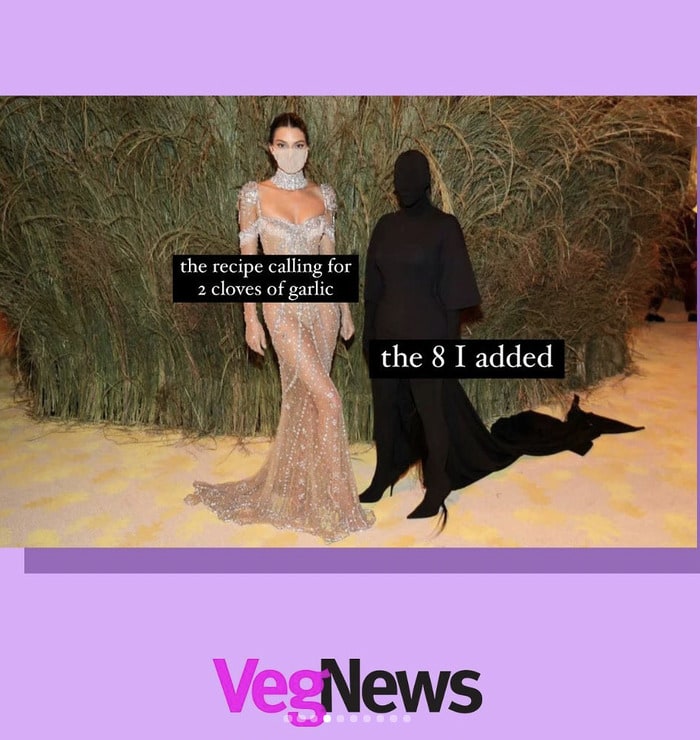 13. What, we’re really good at remembering to put on sunscreen!

14. We promise we’ll use them next year. Maybe.

Latest posts by Hannah Rex (see all)
As an Amazon Associate we earn from qualifying purchases. This post may contain affiliate links from Amazon and other sites that we collect a share of sales from.
179 shares