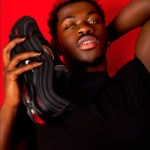 Ever wanted to dance with the Devil? Well, with Lil Nas X’s newest controversial release, you’ll at least have the right shoes.

Last week, the “Old Town Road” artist revealed Satan Shoes, a move that infuriated Christians, Nike, and anyone who couldn’t get one of the 666 pairs since they sold out in less than one minute.

The artist isn’t exactly shy causing controversy, but he must have known he was inviting it when he teamed up with MSCHF to release custom Nike Air Max 97s that each contain an actual drop of human blood.

Lil Nas X’s sneaker drop corresponded with the official music video for “MONTERO (Call Me By Your Name)” in which he screws then murders the Prince of Hell to take over the throne. Both the video and the shoes have caused quite a stir. And, reportedly, Satan’s not too pleased about all of this either.

This isn’t the first unique pair of sneakers the Brooklyn-based creative design studio has created. Last fall, they debuted a pair of Jesus shoes that resold for $4000 a pop. The Jesus Shoes didn’t contain the blood of Christ, but they did reportedly contain Holy Water in the sole in case you needed to throw your pricey sneak at a vampire.

However, the Satan Shoes — and the music video — have caused quite a stir, so let’s take a look at what’s so “heretical” about the shoes that are sure to be on everyone’s “hope I get them for Easter” list. 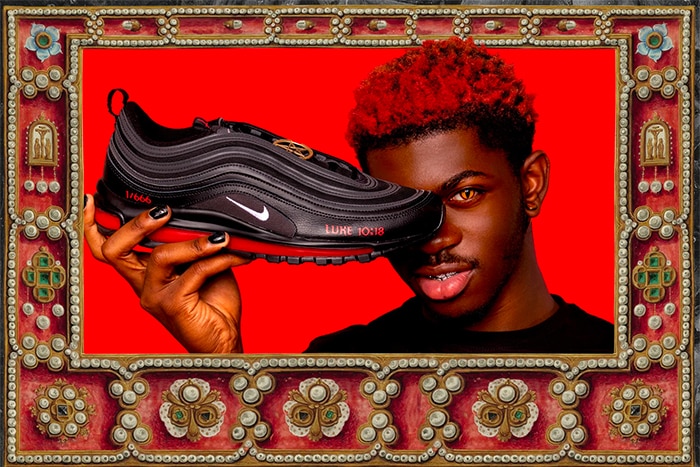 How Devilish Are These Satan Shoes?

1. Real Human Blood in the Sole

All that red liquid in the bottom of the sneaker isn’t human blood. But some of it is. Well, a single drop from a member of the MSCHF team. It’s also about the same we spill on anything we sew for our friends because we’re clumsy as hell with a needle. We’re gonna give this a 6/6 on the hell scale. 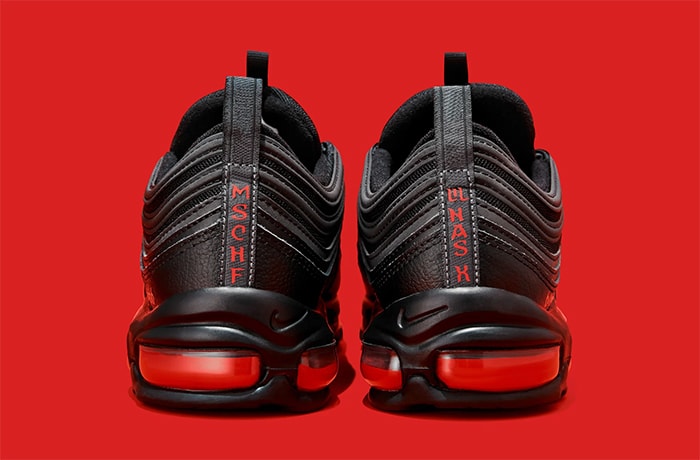 The gold upside down pentagram charm that dangles from the laces reads “I Saw Satan,” You can also works well as a necklace if you want to confuse Satanists… and everyone else. Not very scary, especially considering you can get t-shirts with upside-down pentagrams at Hot Topic. 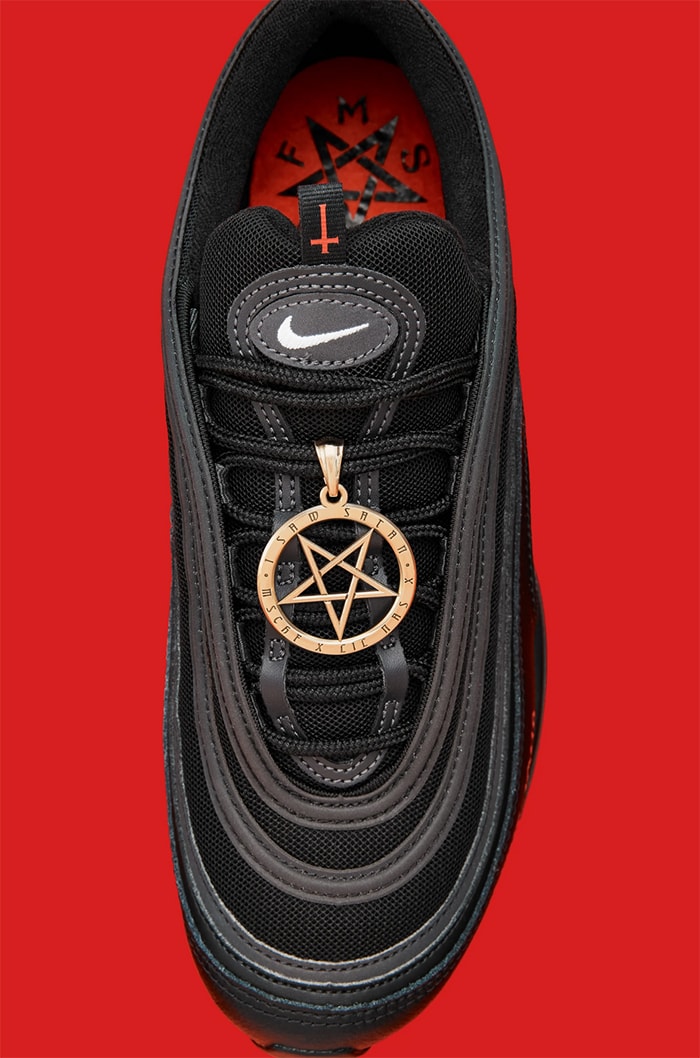 Now, is this cross upside down? To the wearer, it’s right side up. So, perhaps it’s just a matter of perspective.

Depending on your version of Bible, Luke 10:18 isn’t exactly pro-Satan since it says something along the lines of “Jesus said, “I saw Satan fall like lightning from heaven.” (And then make the craziest dunk ever.) That last part is still missing, but it’s just a matter of time until we find it hidden in a cave. 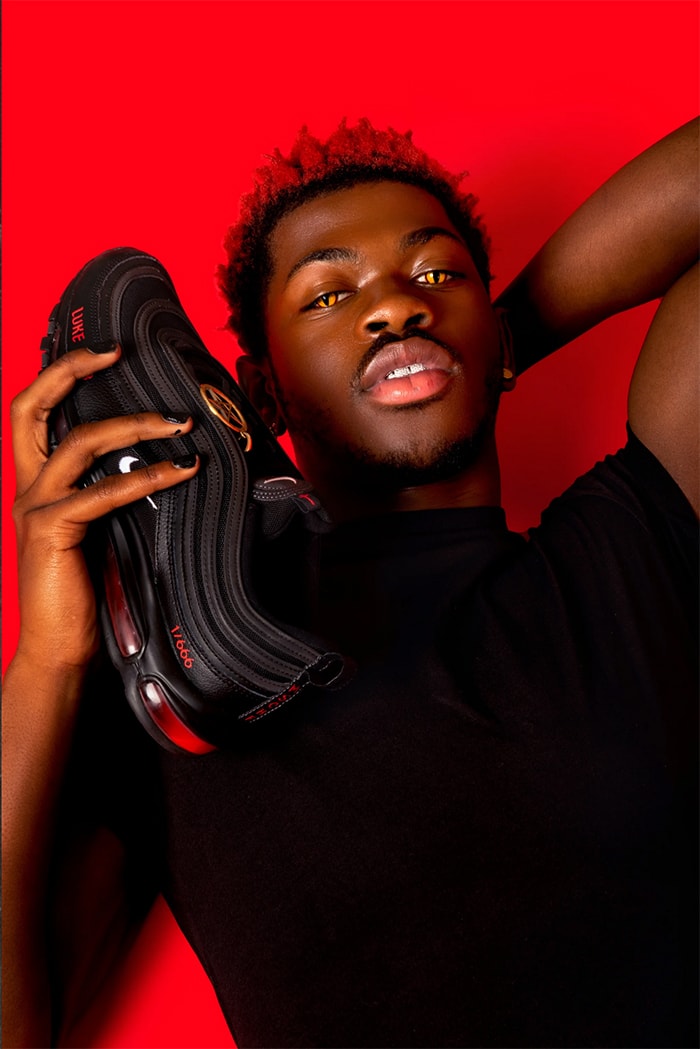 If man is 5 and the devil is 6 than god is 7. And now we’ve reached the limit of Pixies lyrics we should add per story. According to the Book of Revelations, 666 is the Number of the Beast. And the number of times we’ve called Domino’s in the past year. This is about as as spooky as that goth girl at your high school who had the homemade fangs.

At the end of the day, the only part of these shoes that unnerves us a bit is the human blood. But, maybe we’re just salty because they didn’t come in our size. Which happens to be 6.66″ Weird!

Latest posts by Rebecca Swanner (see all)
As an Amazon Associate we earn from qualifying purchases. This post may contain affiliate links from Amazon and other sites that we collect a share of sales from.
404 shares