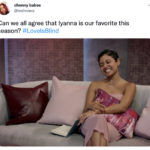 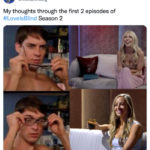 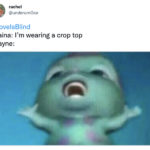 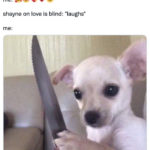 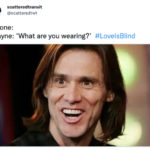 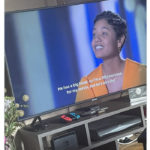 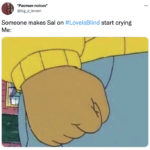 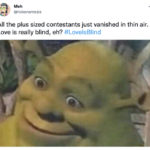 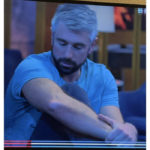 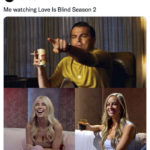 Well, we can all thank our lucky stars (or maybe curse them) because Love is Blind has returned with season two, and it’s as juicy as an overripe watermelon. That’s not quite as juicy as The Tinder Swindler, but these Love is Blind tweets make it pretty close.

The Netflix reality dating show focuses on couples who meet with a wall between them. They can hear each other’s voices, but have no idea what the person they’re talking to looks like.

The show asks the question, can you really fall in love with a person without seeing them? And have we as a society finally made too many reality TV shows? The answer to at least one of those is yes. 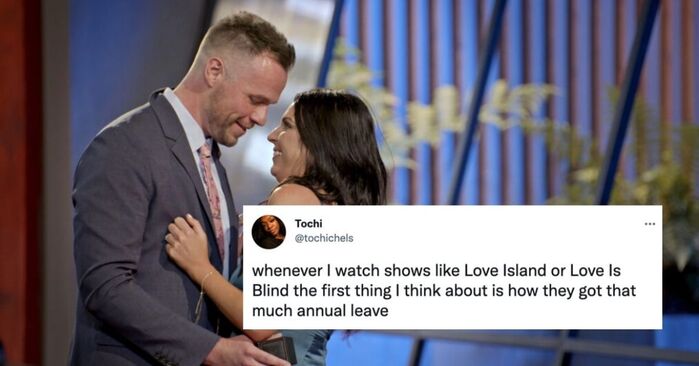 The couples see each other for the first time after they’re engaged, and then they have four weeks to decide whether they want to stay together. Luckily for everyone involved, the entire cast looks like models.

Half of season two dropped on Friday, February 11th, and Twitter, as usual, has opinions. Check out these funny tweets and memes and then tune in for four more episodes February 18th.

1. We, on the other hand, are asking for ourselves. 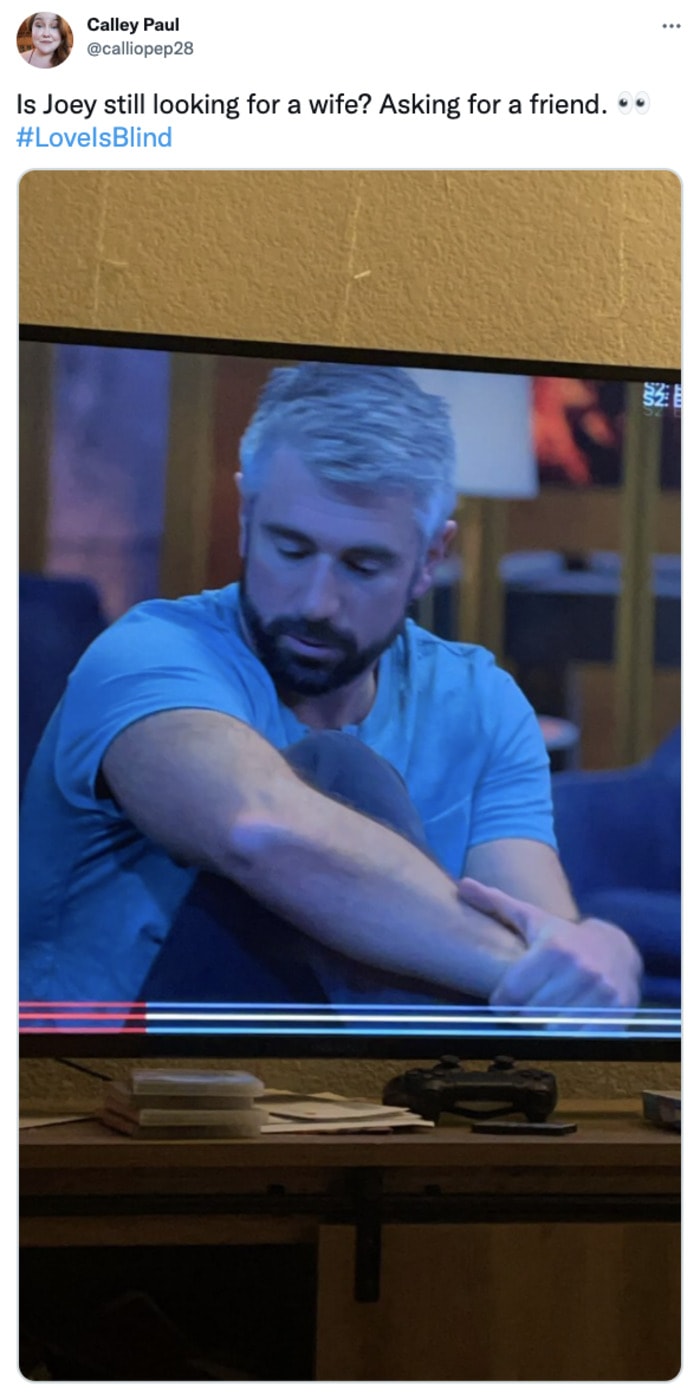 2. But at least he has a big… brain. That’s how anatomy works, right? 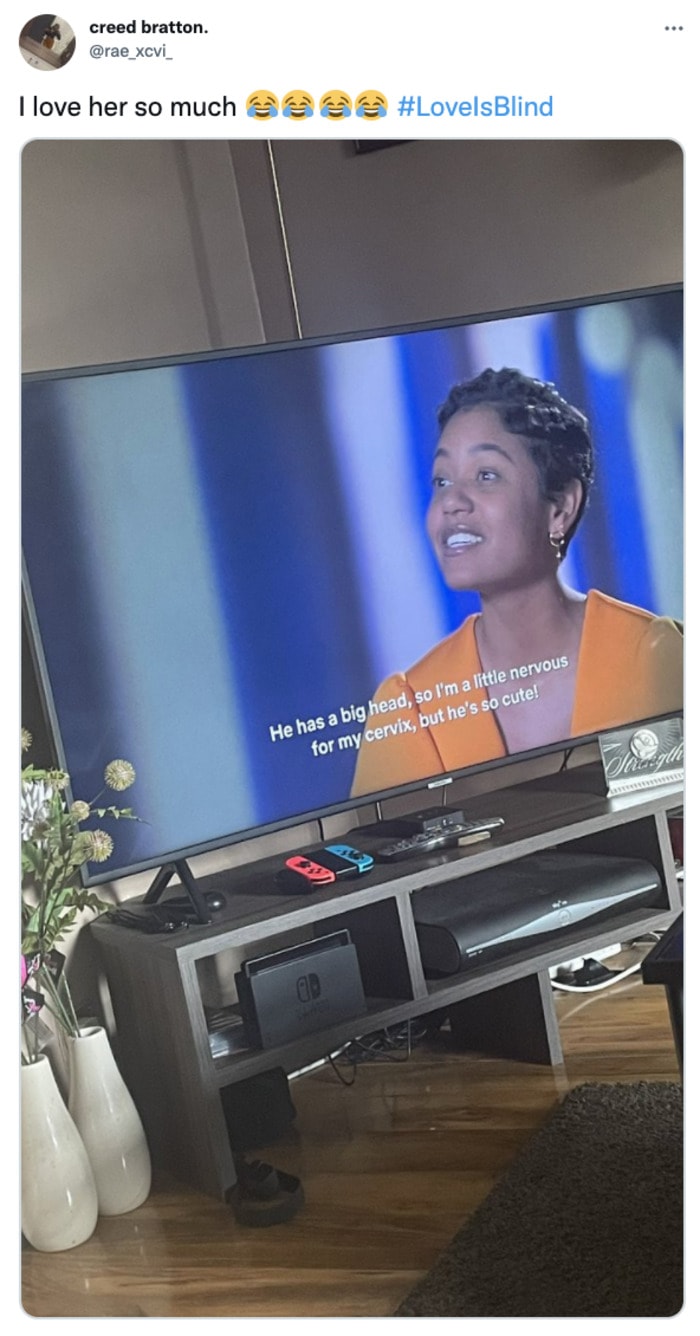 3. Sweatpants. Oh, and a spaghetti stain. 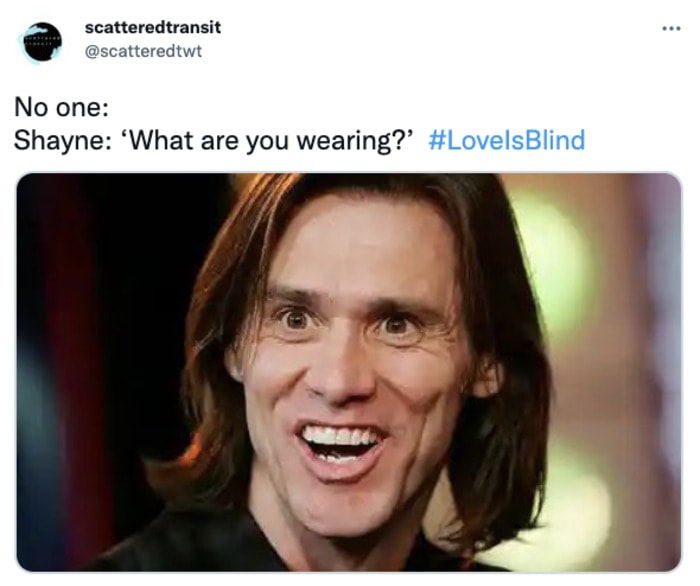 4. Did anyone else hear that? 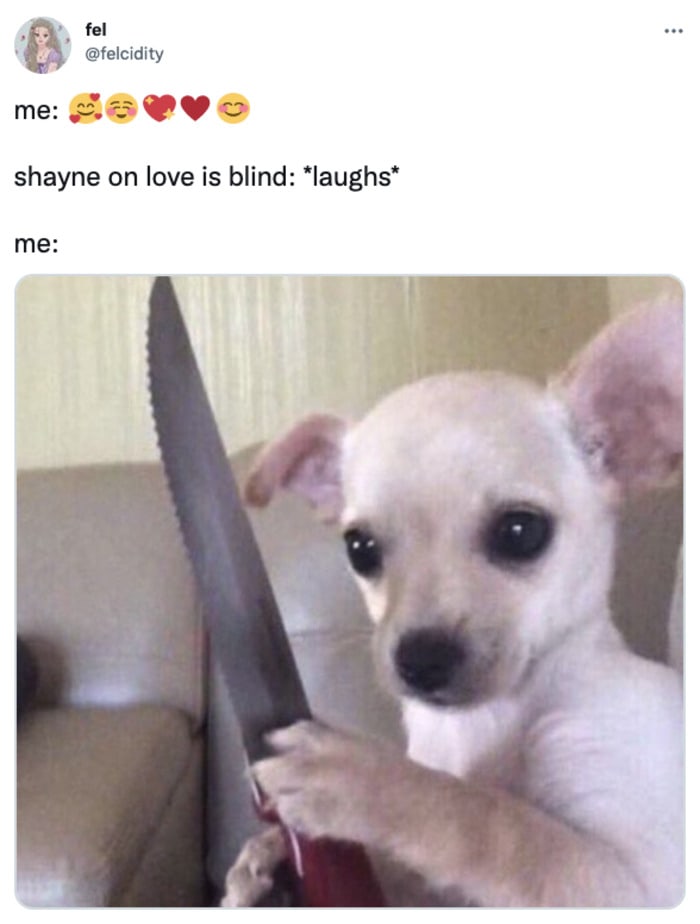 5. Love is Blind brings hate-watching to the next level. 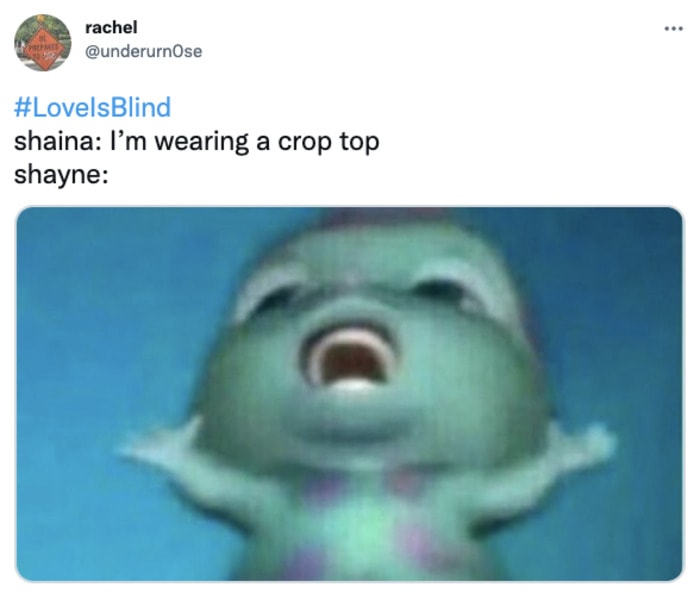 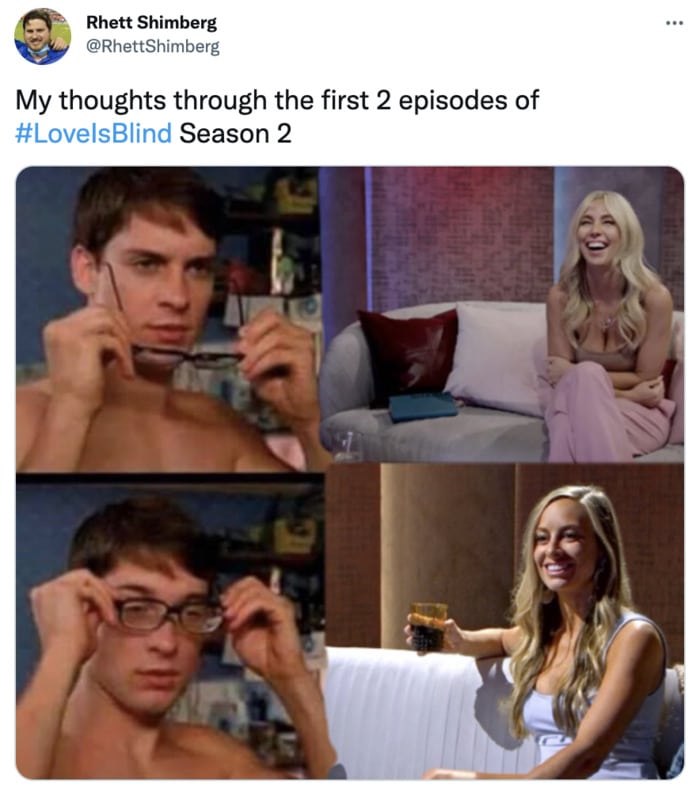 My fiancé looks at me like this, I’m turning around. #LoveIsBlind pic.twitter.com/JlSi7RZi5k 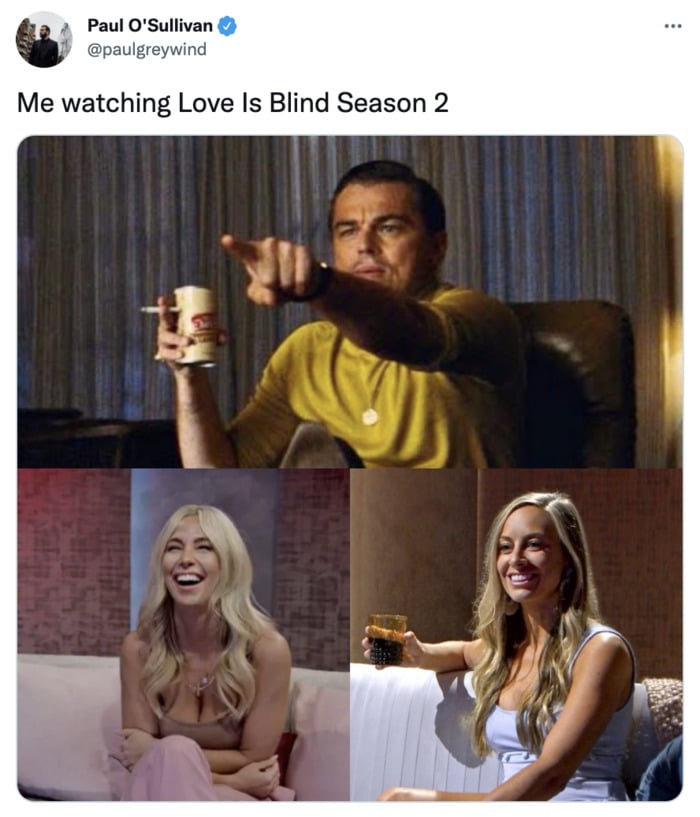 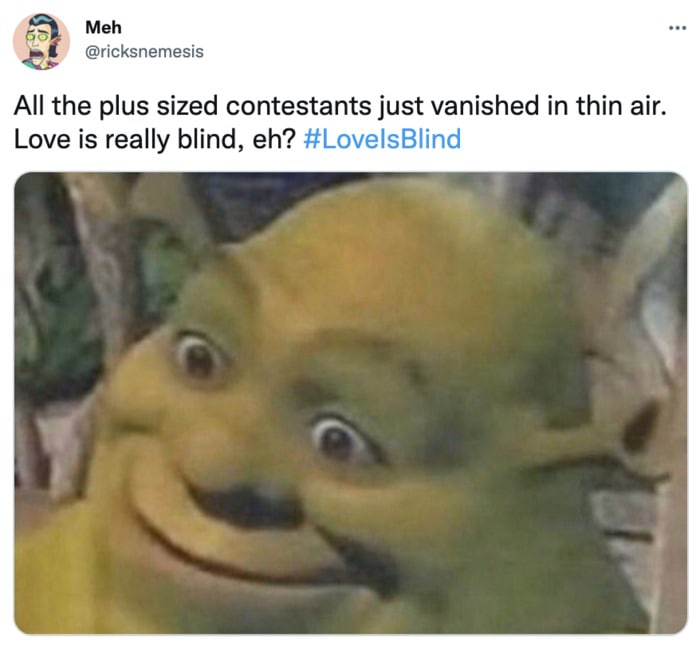 11. You mean not everyone has to fake a pregnancy to get some vacation time? 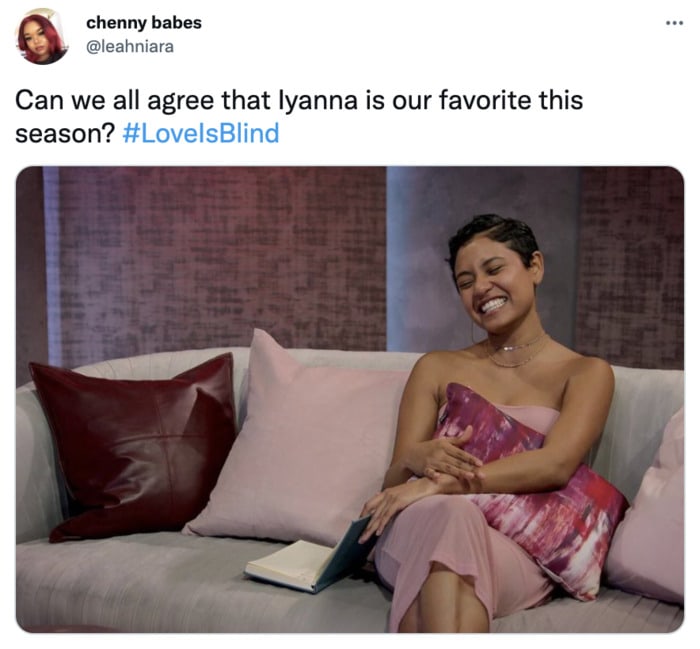 14. Disappointed is an understatement. 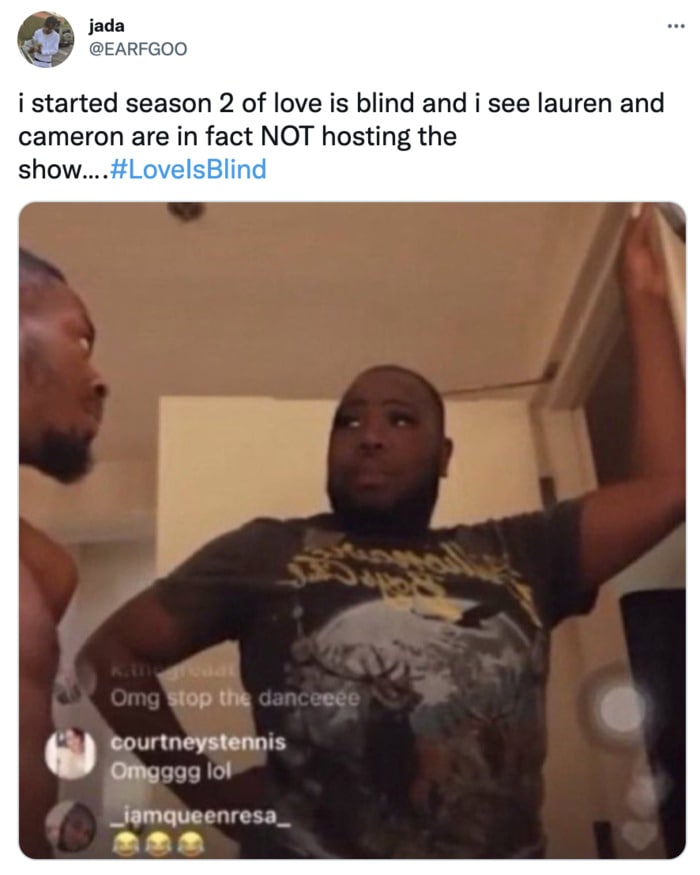 15. But why not keep trying it for 15 more seasons just in case?

Latest posts by Laura Davis (see all)
As an Amazon Associate we earn from qualifying purchases. This post may contain affiliate links from Amazon and other sites that we collect a share of sales from.
45 shares