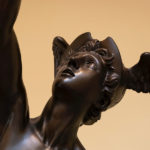 Folks, mercury is in retrograde. Do I know what that means? Not really, but it’s bad. Really bad. And it’s what I’m blaming all my problems on right now. And you can too! 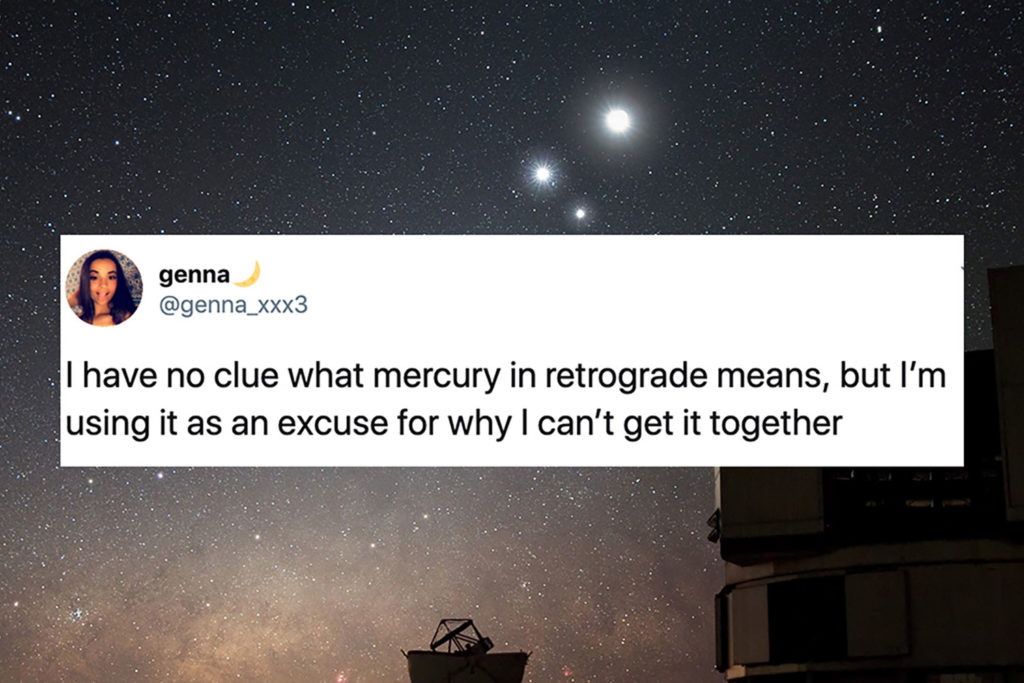 What Does It Mean That Mercury Is In Retrograde?

According to NASA, Mercury in retrograde isn’t a real thing. Their official statement on the matter: “The planet does not physically start moving backwards in its orbit. It just appears to do so because of the relative positions of the planet and Earth and how they are moving around the Sun.”

According to not-NASA, because Mercury — who in Greek mythology was the winged messenger to the gods — rules communication, when the planet appears to move backwards it messes with communication (not that the Gods ever actually listened to him).

As a result, astrologers generally advise not to start projects, sign contracts, or make big purchases. They warn that delays, complications, misunderstandings are all commonplace when Mercury is in retrograde. Is it scientific? No! Are we going to blame the fact that the airline lost our luggage on it? Yes!

(We will also be getting some these cute carry-on bags to replace the ones they lost.) 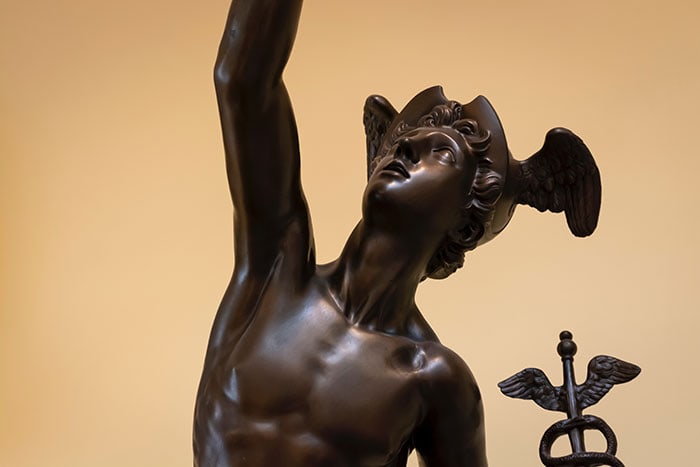 When Is Mercury in Retrograde?

Ok, ignoring NASA for a moment… here are the dates when “mercury is in retrograde” in 2019. Also, the entire purpose of this site is to tell you whether or not Mercury is or is not in retrograde. Here are your dates for the next few years. (And, for the record, we side with science.)

Then again, we shouldn’t let facts get in the way of good content! So enjoy these Tweets and memes until the universe gets its shit together again. And, don’t forget to follow us on Twitter!

1. Maybe we should leave Mercury alone.

HUMANS: Oh no, Mercury is in retrograde.
MERCURY: *Literally just floating in space* Haha, I don’t think I am, friends!
HUMANS: That’s why everything is bad.
MERCURY: *Trying not to cry* WTF, you guys?

2. Yeah that looks about right. 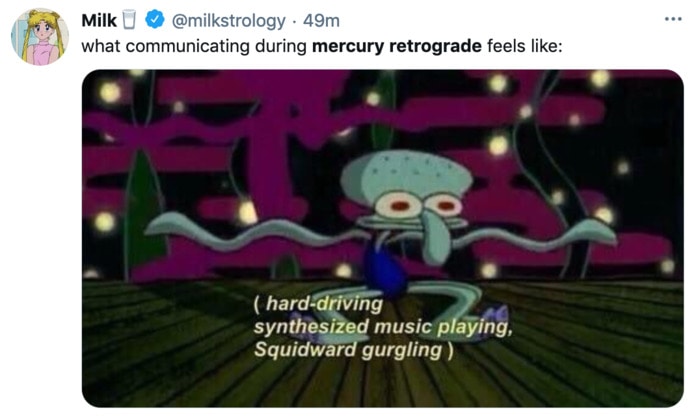 3. I always get them confused.

4. The only logical explanation. 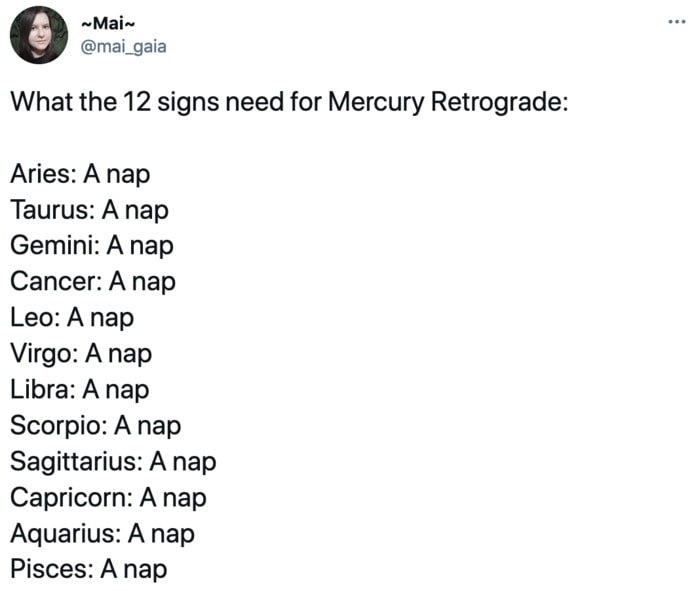 9. This is a good boyfriend.

the boys (planets) are back in town (retrograde)

13. The planets can’t block your shine.

17. Well they could be related.

Latest posts by Mac McCann (see all)
As an Amazon Associate we earn from qualifying purchases. This post may contain affiliate links from Amazon and other sites that we collect a share of sales from.
176 shares