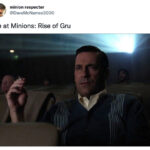 When we looked at the entertainment calendar for Fourth of July weekend, most of our attention was the release of the final two Stranger Things episodes for season four.

But, Twitter is here to remind us that another huge franchise also hit screens this weekend: The Minions. And, there are plenty of Rise of Gru memes in case you missed the memo. (We did.) 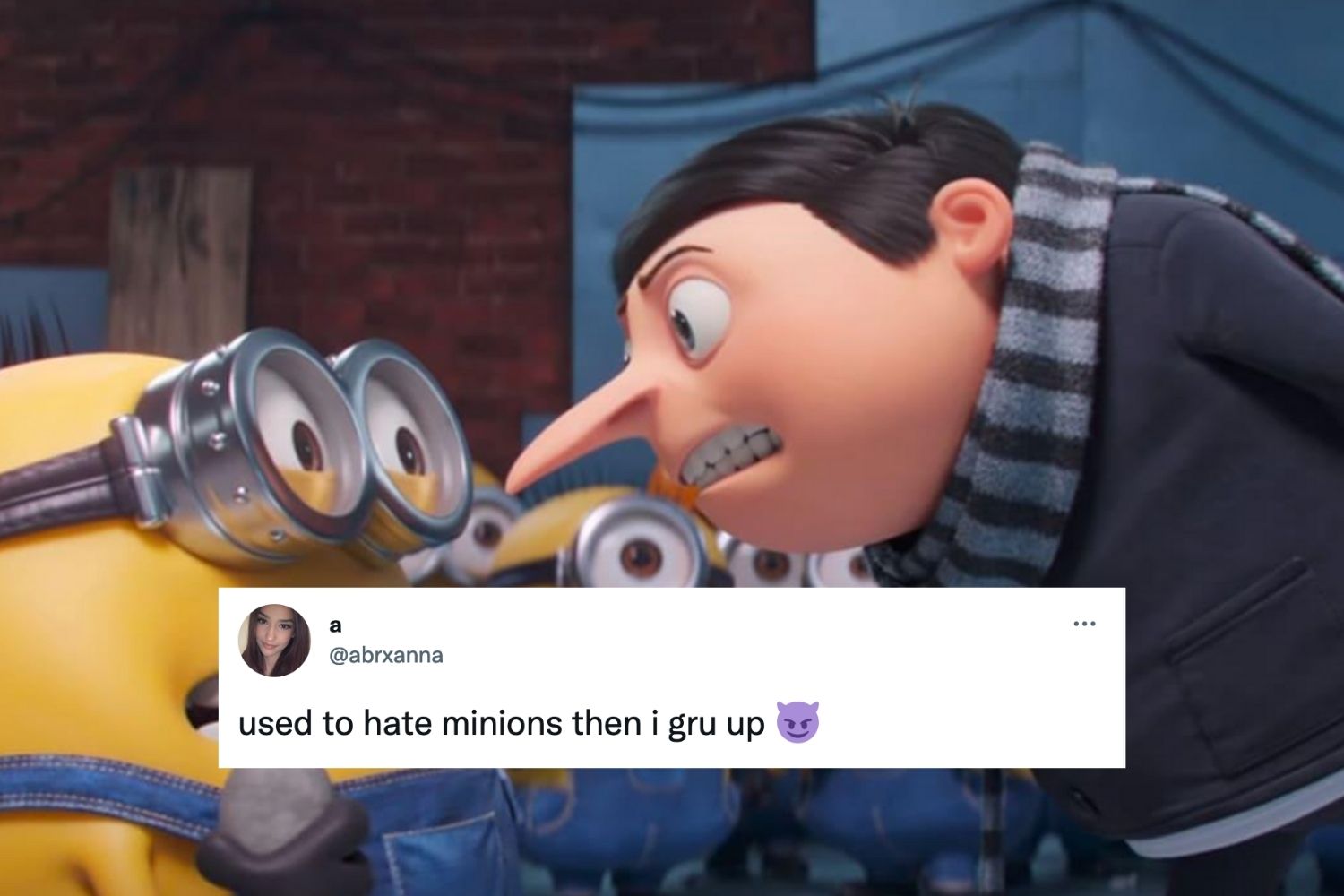 Minions: The Rise of Gru is not only the sixth Minions film and the first one in four years, it’s also now estimated to be the highest grossing film opening over Independence Day.

Steve Carrell is back as questionable villain Gru and his erratic, yellow, banana-loving henchdudes are too. So, here’s the funniest Minion memes and tweets we could find. No spoilers ahead. We think.

groups of guys wearing suits to go see the rise of gru together is my favorite trend pic.twitter.com/nC7HhEIslK

The Best Minions: Rise of Gru Tweets and Memes (So Far)

1. Could be worse. He could go back to being a centaur.

adam driver as a minion pic.twitter.com/ovCKe6YhLk

2. This does explain at least a few things about the Minions.

me and the boys in the bathroom before the premier of Minions: The rise of Gru pic.twitter.com/nNfRFm5Y1D

me walking in to a 1 pm showing of Minions: Rise of Gru pic.twitter.com/C4y5tqSCJB

5. Of all the names in the world to choose, he went with that one.

10. Along with Universal’s, apparently.

Streets turned us despicable but our money still gru pic.twitter.com/YekGa9PV7x

Latest posts by Rebecca Swanner (see all)
As an Amazon Associate we earn from qualifying purchases. This post may contain affiliate links from Amazon and other sites that we collect a share of sales from.
2 shares