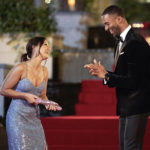 The new season of The Bachelorette is in full swing, so it only seems right that we look back on the most awkward moments in Bachelor franchise history. Because living in the present is hard. We probably need to meditate more.

So far, Katie’s season is hardly cringe-inducing. In fact, it’s quite the opposite. It’s been full of heartfelt, vulnerable moments and mud wrestling. (We prefer those to not be mutually exclusive.)

Whether or not this season will be awkward AF, we don’t know. But, let’s look back at some of the Bachelor’s most yikes moments yet. 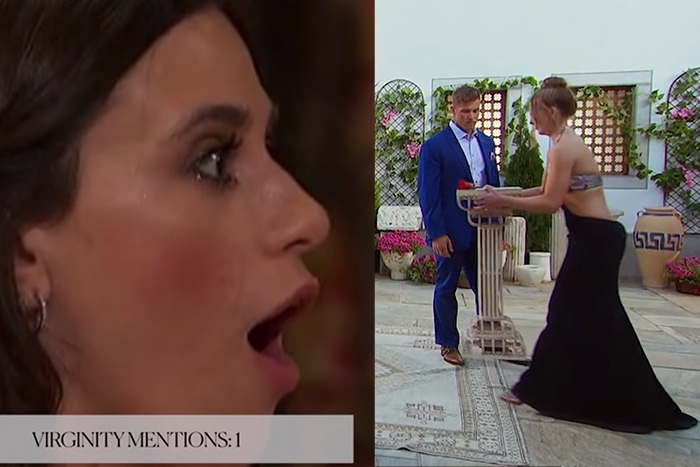 The 10 Most Awkward Moments in Bachelor History

Cute! And, if you think a happily ever after is coming, then you’ve never seen The Bachelor. Before the season aired, Arie decided he actually wanted to be with his runner-up, Lauren Burnham.

Naturally, he alerted the camera crew of his change of heart before his fiance, Becca. So they could be there. To record him breaking up with her. Do you forgive your ex for dumping you in an Applebee’s now? 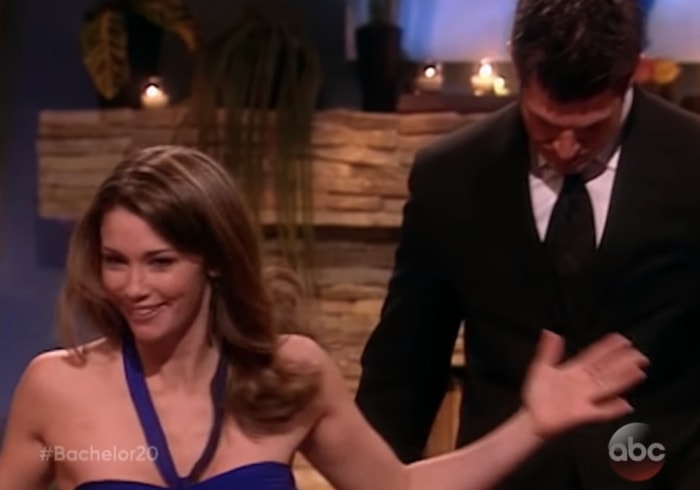 In Season 5, Bachelor Jesse Palmer called the wrong woman’s name at a rose ceremony. After he realized his grave error, he pulled host Chris Harrison aside for a debrief. Jesse’s panic is matched by Chris trying not to laugh (like all of us at home).

He goes back to the rose ceremony and admits his mistake. Katie, the woman whose name he accidentally called, makes a move to hand back the rose. But Jesse tells her she can stay if she wants to. Katie, what do you mean you’re staying?

Matt James’s season of The Bachelor was historic for several reasons. Number one, he was the first Black Bachelor in franchise history…a mere 25 seasons in.

Second, his season ended up being Chris Harrison’s last as a host, due to racist comments he made supporting James’ winner, Rachael Kirkconnell, who attended a plantation-themed party in 2018. You can read about all of this here.

In this out-of-the-blue musical moment, Bachelorette Desiree Hartsock appeared in an off-tempo music video with rapper Soulja Boy while the constants repeatedly chant, “right reasons, right reasons. I’m here for you, girl, for all the right reasons,” like a cult initiation gone wrong.

We’re pretty sure the only reason to subject yourself to this unique form of embarrassment is to find your 15 minutes of fame, followed by a lucrative career slinging FabFitFun boxes on Instagram.

Or, you know, love. But that’s what Hinge is for.

If you didn’t know, Colton Underwood was a virgin on his season of The Bachelor. If you missed it, we can see how, since the contestants, media and ABC promotional material only harped on it incessantly for 12 straight episodes.

Even the tagline for his season read, “what does he have to lose?” If this wasn’t awkward enough in the moment, looking back at it after he recently came out as gay makes the show’s focus on his v-card infinitely more cringey.

After Hannah Brown sent Luke Parker home on their fantasy suite date for slut-shaming her, he returns at the rose ceremony to try and win her back.

She repeatedly tells him to go home, while he pretends to hear none of it. Hannah literally picks up the podium and moves it forward past  him, making it clear that he is no longer a contestant. And that she doesn’t skip arm day.

Honestly, everything about pilot Peter Weber’s season could easily make it onto this list, but we landed on his mom as the cringiest part of it all.

At the end of his season, Peter’s mom pleaded with him to choose contestant Hannah Ann Sluss over his frontrunner, Madison Prewett. His mom sobs, begging Peter to “bring (Hannah) home.” It has real Castaway energy, but with much lower stakes. We’re rooting for you, Wilson!

Upon meeting Dale Moss, Bachelorette Clare Crawley proclaimed him her future husband, to which Chris Harrison essentially said, “are you for real?” She was, in fact.

Throughout her brief season, she snubbed the other men by ignoring them on group dates and even got angry at them for roasting Dale… at a roast. And then, just two weeks into the already insanely short journey towards engagement, Clare left the show and the two are currently engaged.

We were super confused by Clare until we found out she’s a Pisces. Yeah, it all checks out now.

9. Nick Calls Out Andi For Sleeping With Him (Bachelorette, Season 10)

What happens in the fantasy suite… gets aired out on national television. Nick Viall, forever unlucky in love, had his heart broken by Bachelorette Andi Dorfman when he finished as runner-up in 2014.

He confronted Andi in the After the Final Rose episode, saying “If you weren’t in love with me, I’m just not sure why you made love with me.” Andi responds by calling his comment “below the belt,” and the live audience gasps.

There’s nothing wrong with taking a test drive before you buy. Or, in this case, returning him to ABC for years to come. With four unsuccessful seasons of Bachelor franchise shows, someone should tell Nick about dating apps.

In 2007, Brad Womack was the first Bachelor to choose neither contestant. He got all the way to the end with two finalists, but ultimately decided he didn’t love either of them.

In this scene, he starts his speech to DeAnna Pappas by letting her know that he sent the other contestant home, getting her hopes up. And then, he shatters her dreams by telling her that he doesn’t love her, either.

ABC brought him back for Season 15, which did culminate in a proposal… that ended shortly thereafter. Brad takes his status as a bachelor very seriously! Nick, do you need a wingman?

Latest posts by Laura Davis (see all)
As an Amazon Associate we earn from qualifying purchases. This post may contain affiliate links from Amazon and other sites that we collect a share of sales from.
45 shares