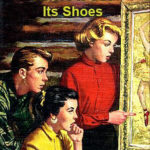 What’s that Nancy Drew? The Secret at Shadow Ranch was that crop circles aren’t created by aliens but just bored artists? Just like these fake book covers that parody the originals? Fascinating!

It turns out there’s more mysteries to solve, so the CW gave Nancy Drew her own new show on the CW. On October 9, you can tune in to see Kennedy McMann uncover a season’s worth of mysteries in Horseshoe Bay, Maine. Nancy will go head-to-ethereal-mist with ghosts and evildoers as she reminds us that that there’s more to be scared of in Maine that getting food poisoning from a lobster roll.

Who Is Nancy Drew?

Nancy Drew is a fictional teenage detective and the title character of best-selling series of 175 books that were first published in 1930 and ghostwritten under the pseudonym Carolyn Keene.

Between World War I and World War II, Americans were hungry for detective fiction. Cheap pulp fiction magazines and authors like Agatha Christie and Raymond Chandler delivered. Edward Stratemeyer saw that the genre might appeal to the YA market as well and tapped into America’s voracious appetite with the launch of the Hardy Boys series in the 1927.

Following its success, Stratemeyer launched the Nancy Drew series three years later in 1930. The series has since sold more than 200 million copies worldwide, well beyond Fifty Shades. You could say they took a spanking. Or that we need more coffee. Really, either.

Since there’s nothing we love more than a good procedural show — ok, and tequila — we collected these fake Nancy Drew book covers from Funny or Die and other sources to celebrate the launch of the new detective series. Pick up the real ones at your favorite independent bookstore or Amazon.

1. Don’t get him started on almonds.
(Read the original: The Thirteenth Pearl, 1979) 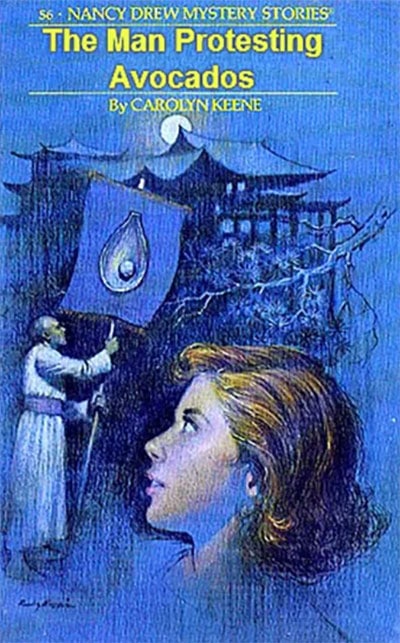 2. We really hope that’s recycled toilet paper. Think of the planet!
(Read the original: The Clue of the Dancing Puppet, 1962) 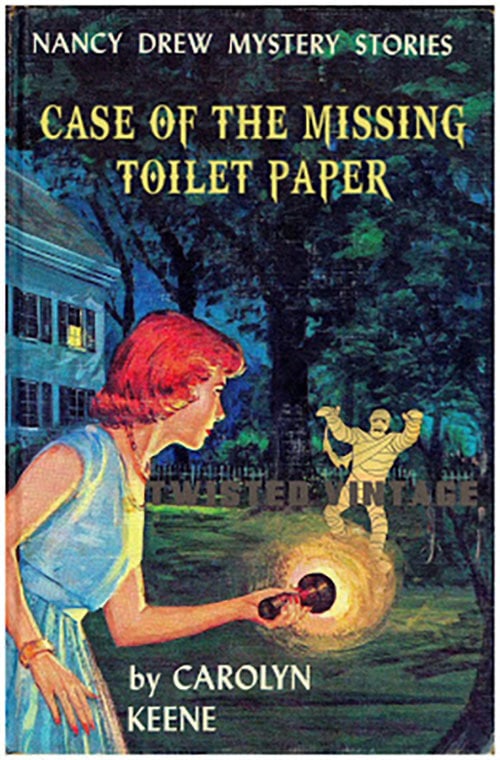 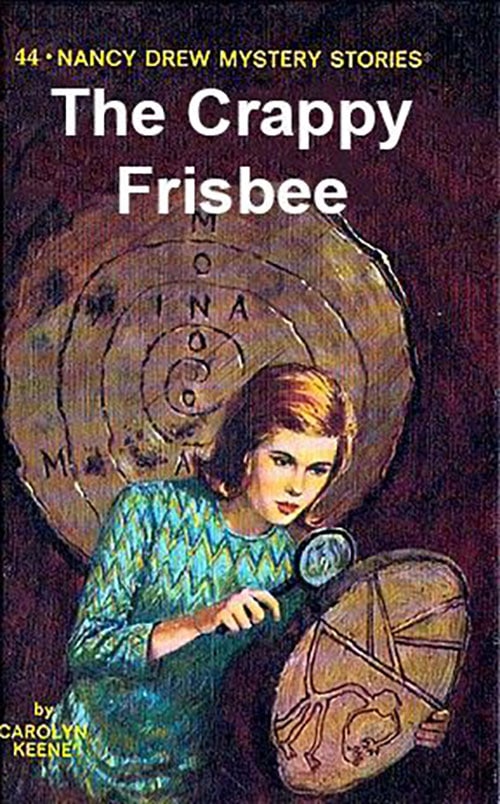 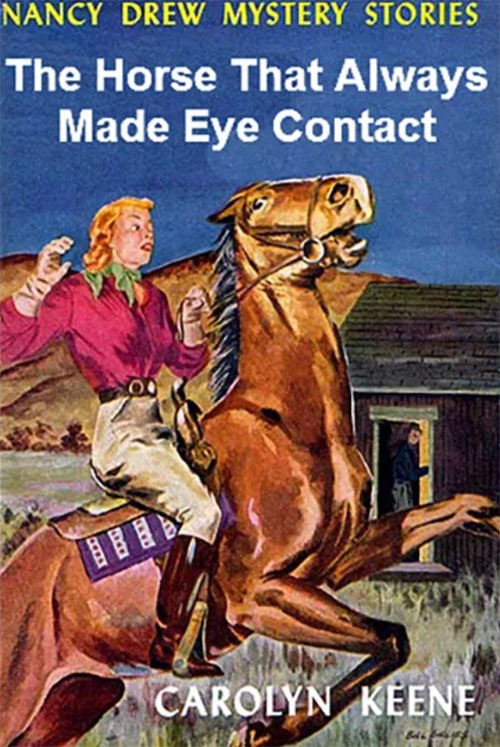 5. It’s so hard to tell Congressmen apart these days.
(Read the original: The Clue of the Broken Locket, 1934) 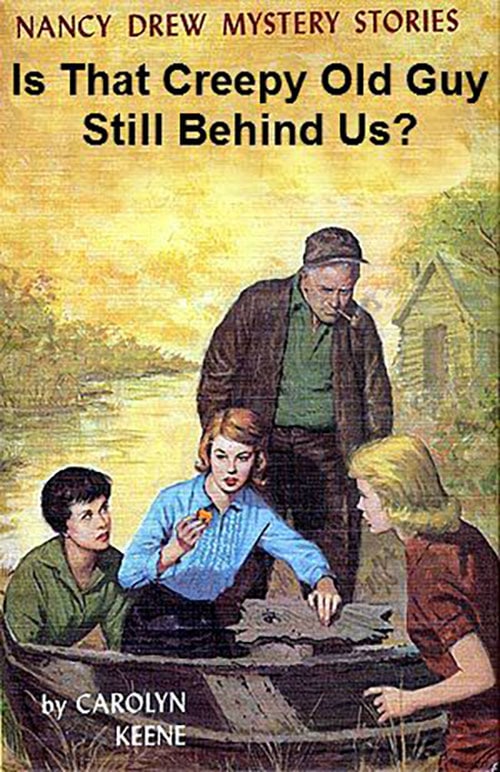 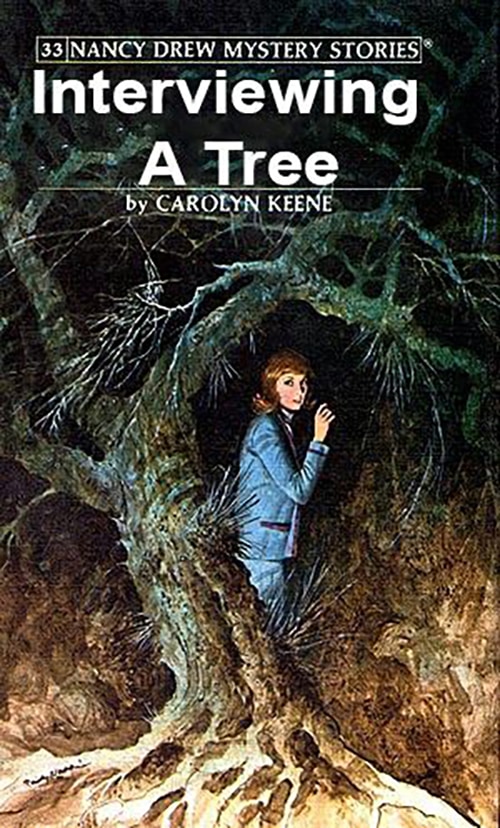 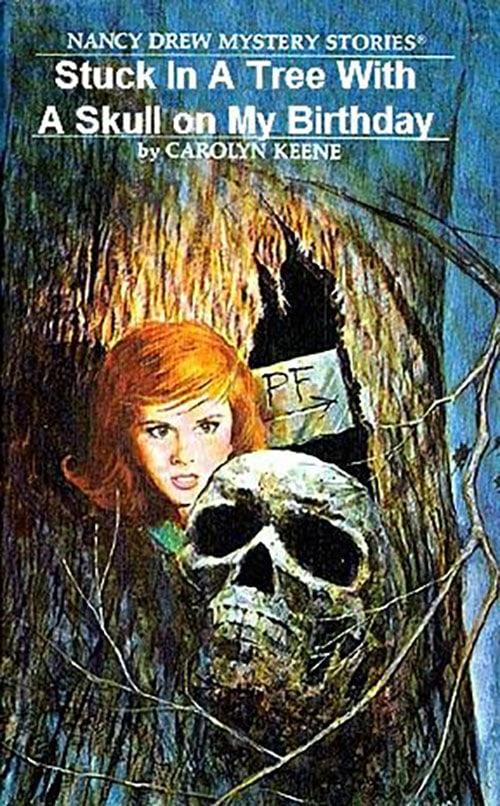 8. Well, at least they’re not starting at 8am. Unlike Bob and Dave and their kitchen renovation that’s been going on since March.
(Read the original: The Sign of the Twisted Candles, 1933) 9. If only they were soundproof.
(Read the original: The Clue in the Crumbling Wall, 1945) 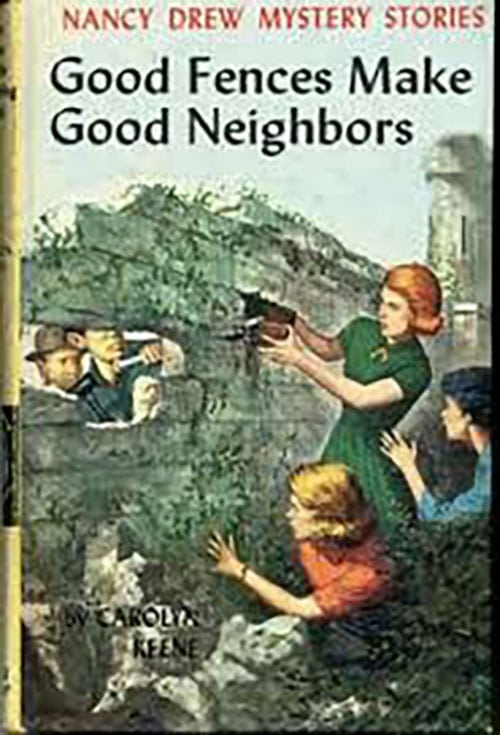 10. Except, on Wednesdays. Only Wednesdays.
(Read the original: The Mystery of the Tolling Bell, 1946) 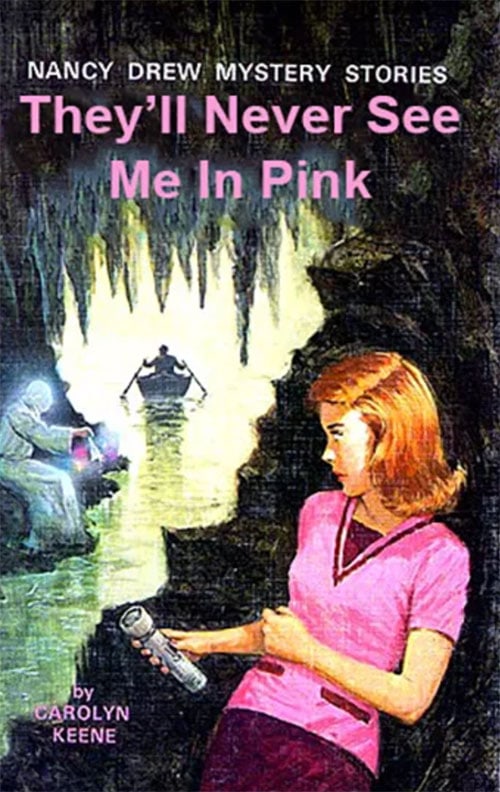 11. Its Netflix special is coming any day now.
(Read the original: The Whispering Statue, 1937) 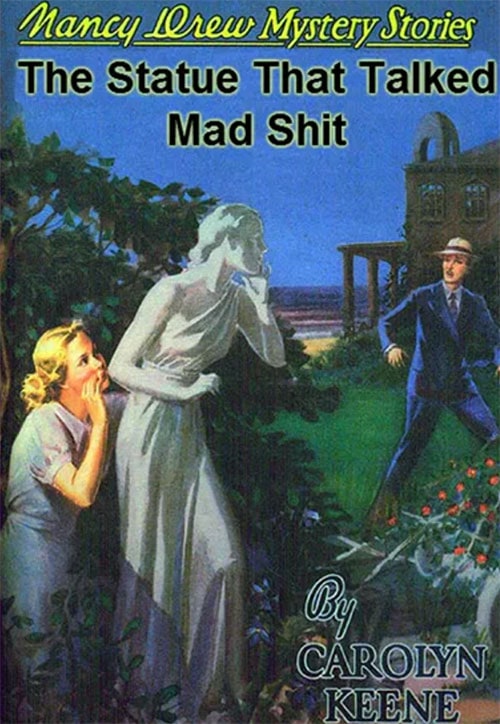 12. This littering problem has really gotten out of control.
(Read the original: Dangerous Games, 1991) 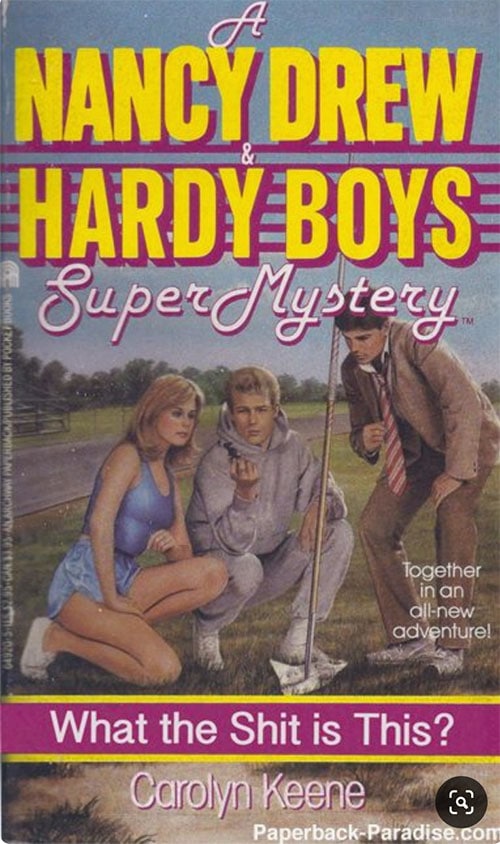 13. Unlike the last one, which was made of glued together feathers. We’re never putting our dog Mr. Pringles in charge of making a ladder again.
(Read the original: The Clue of the Tapping Heels, 1939) 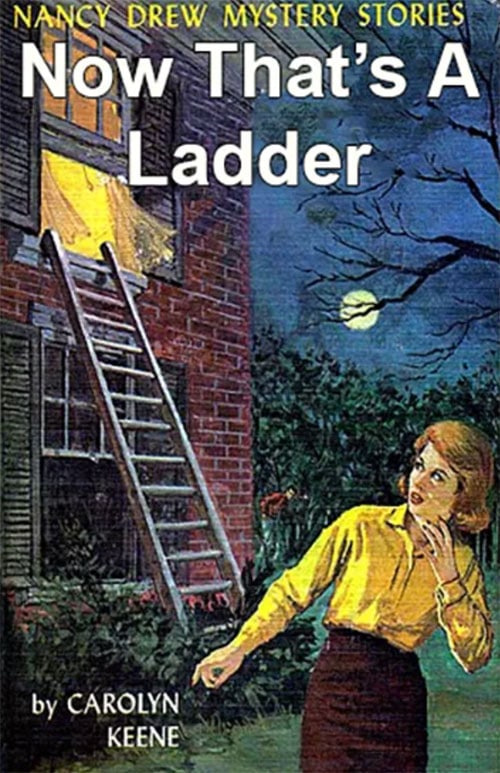 14. Please, call her a cougar.
(Read the original: The Mystery at the Moss-Covered Mansion, 1941) 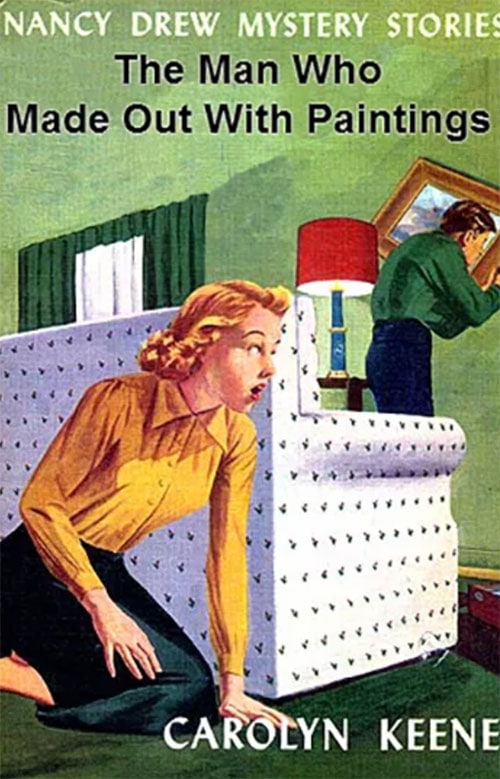 15. It happened somewhere around the 15th season of The Bachelor.
(Read the original: The Clue of the Whistling Bagpipes, 1964) 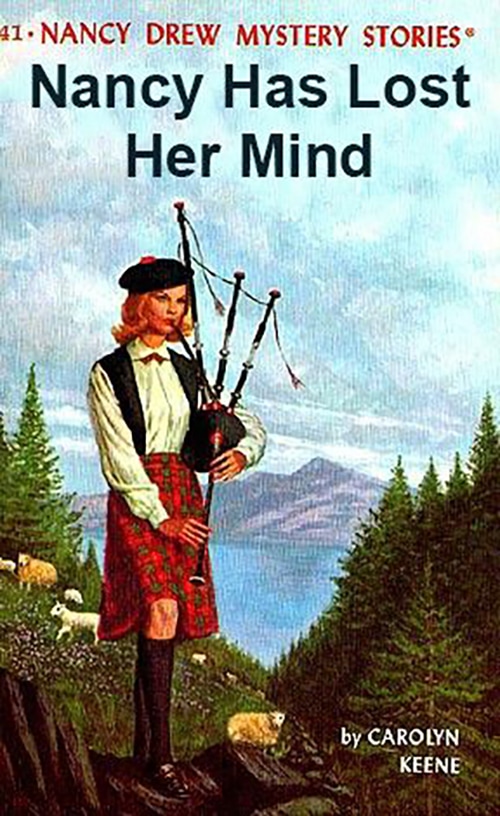 16. Why they still publish these when the Internet exists is the real mystery.
(Read the original: The Secret of the Old Clock, 1930) 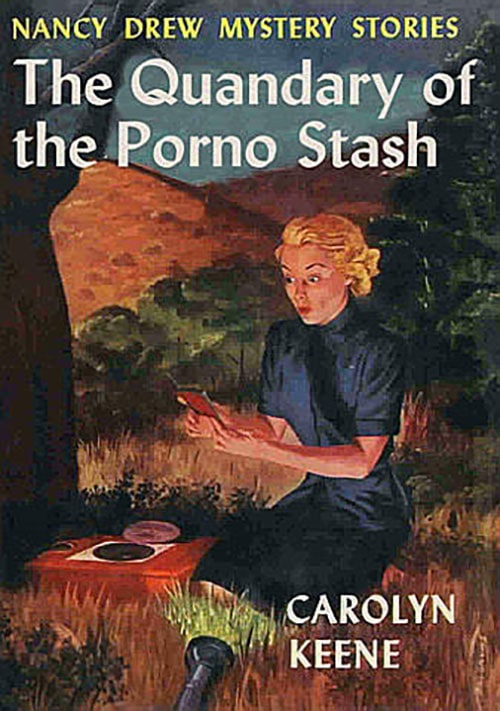 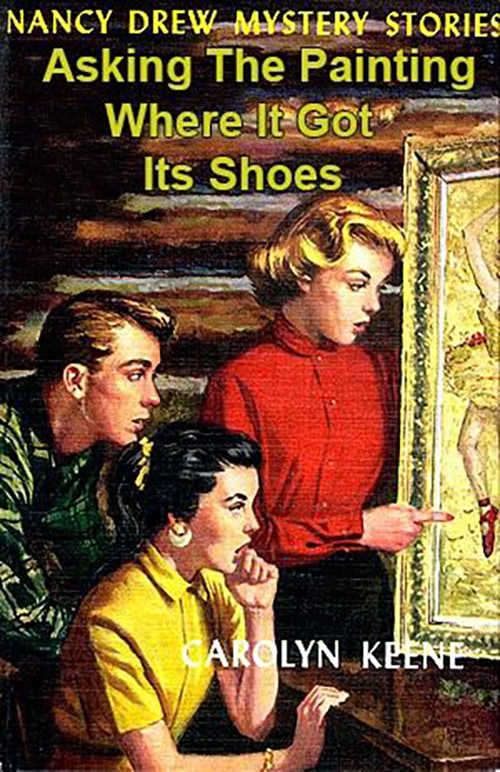 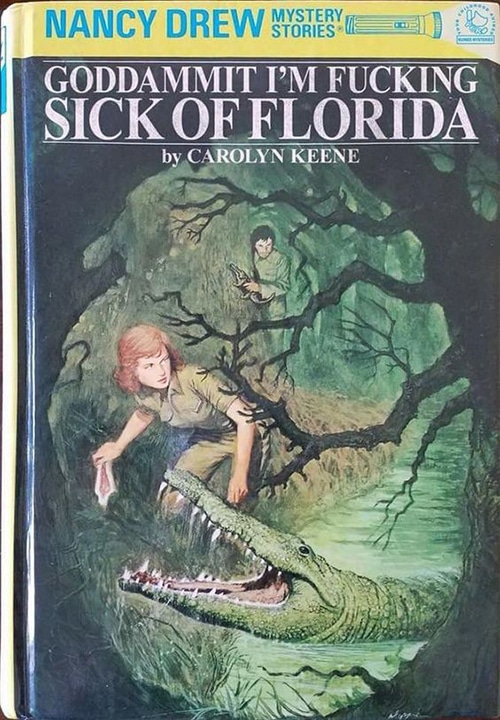 19. Florida, we’re outta here. But not before we find out what she has to say.
(Read the original: Password to Larkspur Lane, 1933) 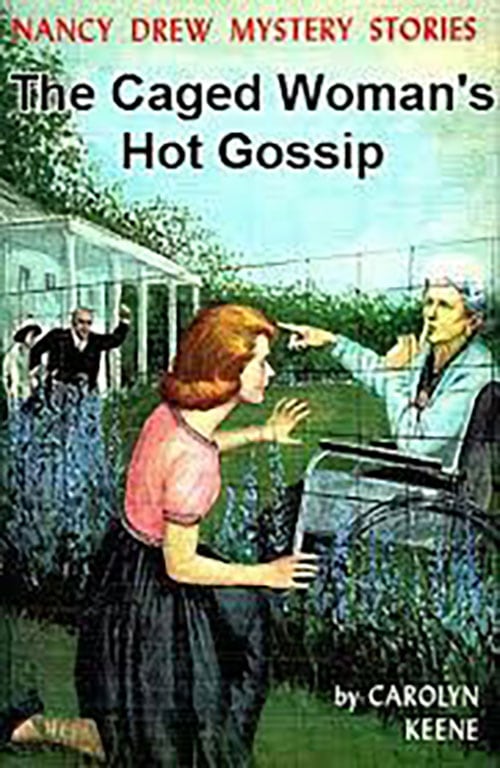 20. Ah, the days before YouTube.
(Read the original: The Scarlet Slipper Mystery, 1954) 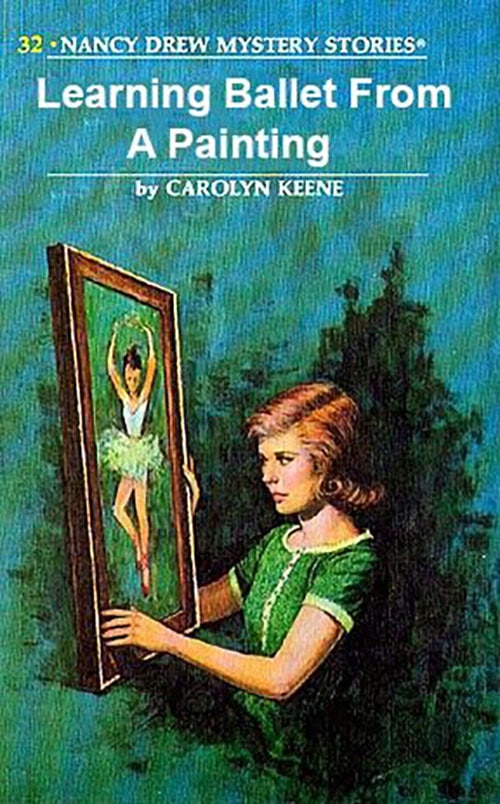 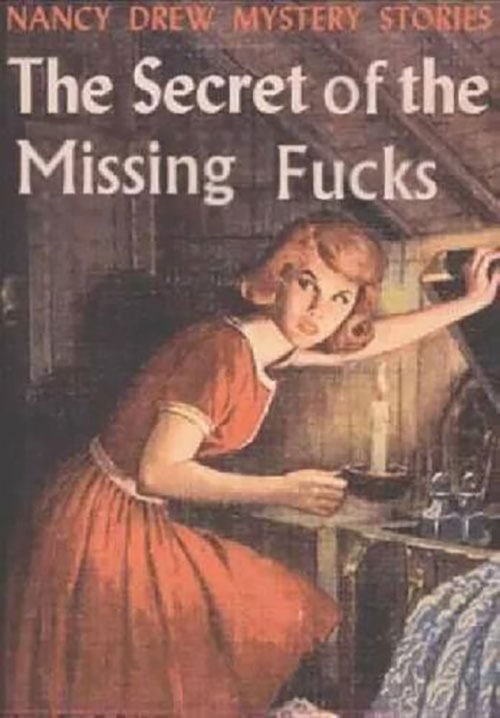 22. And put them right where they belonged.
(Read the original: The Mystery at the Moss-Covered Mansion, 1941) 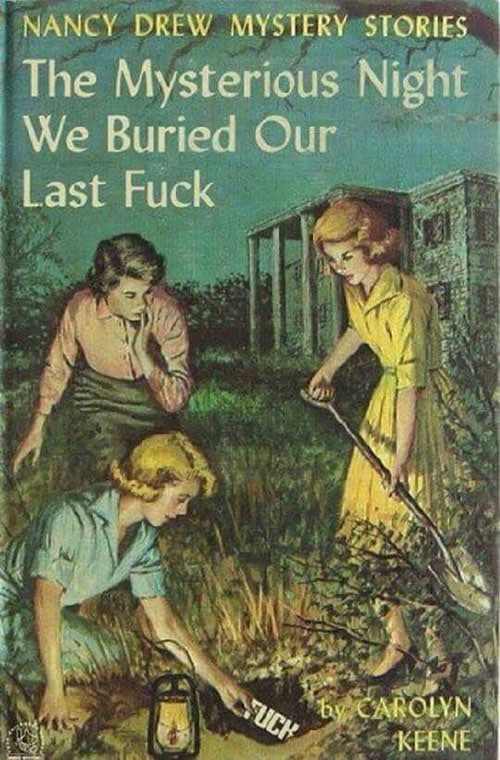 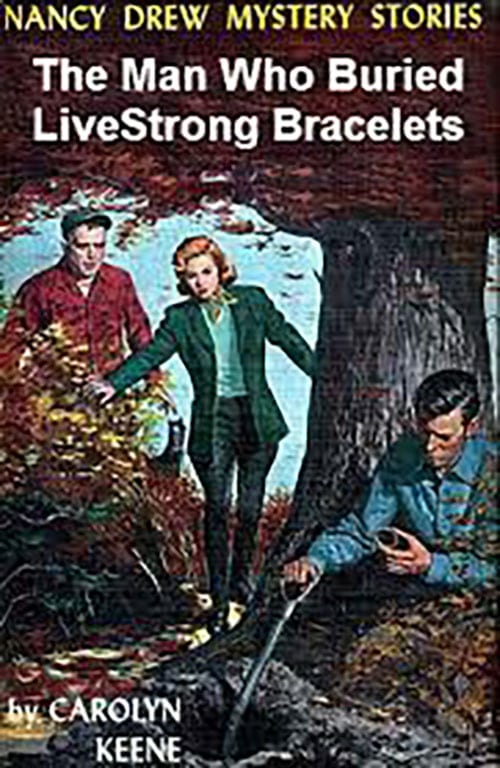 24. It’s good practice for the family photo we’ll take later!
(Read the original: The Clue in the Old Stagecoach, 1960) 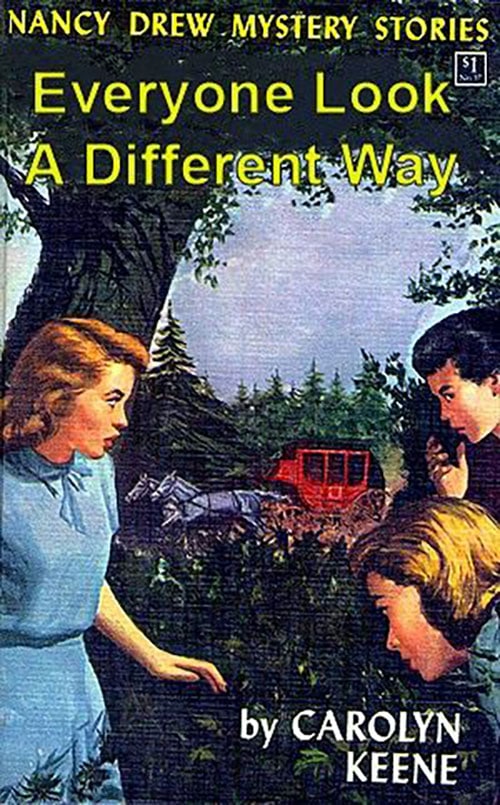 25. Seriously, how have you not figured out how to play by now?
(Read the original: The Ghost of Blackwood Hall, 1948) 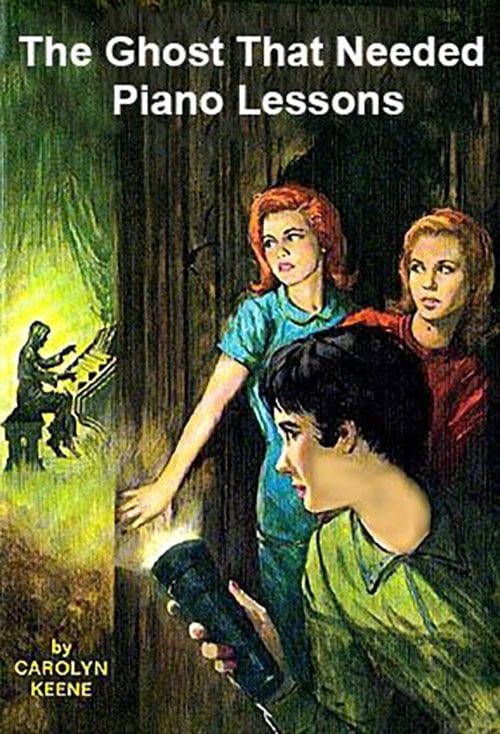 Latest posts by Mac McCann (see all)
As an Amazon Associate we earn from qualifying purchases. This post may contain affiliate links from Amazon and other sites that we collect a share of sales from.
8.8K shares