We no longer mark time by a calendar, we mark it by the comings and goings of Netflix titles. And, the Netflix originals coming to the platform this March look pretty great even if none of them were Bridgerton part 2. At least if you like puppets and ghost hunting, and documentaries that aren’t Tiger King.

For the remainder of 2021, Netflix will release a new original film each week. They kicked it off in February with the sappy third installment of To All The Boys I’ve Loved. Now that we’re all caught up on those and cleaned all the sap off our hands, what’s on the March lineup?

Not sure what to watch on International Women’s Day? Try Moxie, a coming of age story about a teenager who organizes a feminist revolution at her high school. It’s directed by Amy Poehler, based on Jennifer Mathieu’s adaption of the book, and definitely not a sequel to The Heathers. Or is it?

Murder Among the Mormons

Just when you thought you had enough of crime documentaries (we’re kidding, no one ever thinks that), Netflix comes in hot with this three-part true crime documentary about the crimes of Mark Hofmann. What? You have no idea what we’re talking about? Here’s the Wikipedia article. Or, just wait until March 3rd. 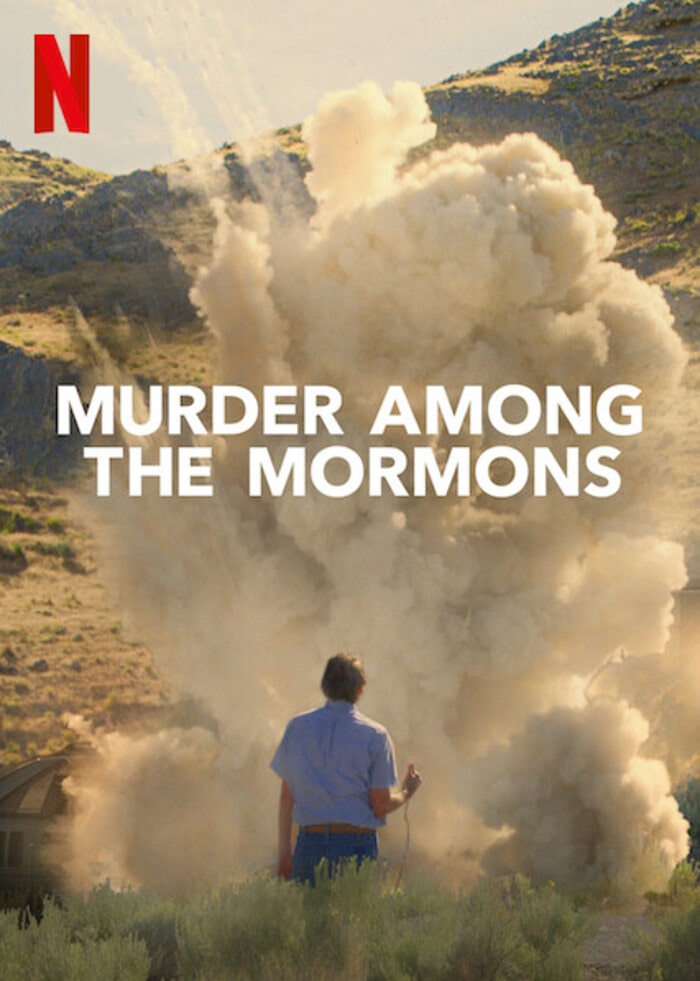 Fellow anime fans, while we’re waiting for that Avatar live-action remake, go to space with Pacific Rim: The Black. This season is set in Australia post-Kaiju invasion. The entire continent has been forced to evacuate, but siblings Taylor and Hayley are left behind and are on a desperate search for their missing parents. We hope they find them before Optimus Prime shows up! He’s a bad guy, right?

City of Ghosts is a new kids series created by Elizabeth Ito of Adventure Time. This series features animated characters with live-action backgrounds. (Like a Zoom meeting, but in reverse.)

According to Netflix, the ghost-loving group “learn about the rich history of their city through encounters with friendly neighborhood ghosts.” Casper, don’t worry, you’re still number one in our heart.

This French film follows a French soldier who uses her lethal skills to hunt down the man who assaulted her sister. If we don’t understand French by the time the world opens up again, we’ve clearly done something wrong.

This Germany documentary series “Das Hausboot” follows musicians Olli Schulz and Fynn Kliemann’s as they transform Germany’s most famous houseboat into an oasis for artists. Hey guys, can you work on our famous garden shed next?

Another French original — we get it, Netflix — follows Franck, a music video director who infiltrates a rough neighborhood in the South of France and soon finds himself caught in a gang war. Sounds light.

In this reality show, Marriage or Mortgage meets with couples who must decide between getting married or buying a house. Sounds like these professional volunteers and he is a chinchilla pet sitters haven’t been eating any avocado toast for the past 10 years.

This Spanish period drama is set in Basque Country, circa 1609. In order to postpone their execution, a group of women accused of witchcraft lure their inquisitor into witnessing the witches’ Sabbath. Spoiler alert: It doesn’t go well for them.

The premise may not be new and we might not get Jim Carrey, but Yes Day still looks super cute and fun. In this film, two parents (Jennifer Garner and Edgar Ramirez) go out of their way to grant every wish from their kids by saying yes.

Sounds like how we get spoiled brats, but what do we know.

If you could take a DNA test to find your perfect partner, would you? That’s the question this sci-fi series asks as it follows Rebecca, the CEO of MatchDNA, a tech company that has designed a matchmaking test to do just that. It also asks you your favorite color, but that seems less relevant.

This documentary hybrid series is about real-life pirates of the Caribbean as they violently plunder the world’s riches and form a surprisingly egalitarian society. This is where we’d usually make some joke about Johnny Depp, but our lawyers said no.

This kind-of documentary is hosted by Michelle Obama, and features two puppets, Waffles and her pal, a rice cake named Mochi, as they travel around the world and figure out what it takes to become a chef. It features guest appearances from Zach Galifianakis, Sia, Mandy Moore, Gaten Matarazzo of Stranger Things, Jack Black, Rashida Jones, and the letter J.

This new Spanish TV series follows three sex workers on the run from their pimp boss, Romeo, who runs the Las Novias Club. Lucky for him, he drives an inconspicuous purple Rolls Royce.

This new comedy sitcom is about an aspiring country singer (American Idol alum Katharine McPhee) who takes on the job of a nanny to help get her life back on track. We feel it’s important to note the nanny position is for a handsome widower and his five children. We can’t possibly guess what might happen.

Latest posts by Ashley Hubbard (see all)
As an Amazon Associate we earn from qualifying purchases. This post may contain affiliate links from Amazon and other sites that we collect a share of sales from.
15 shares