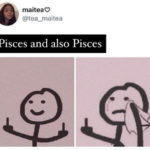 Pisces season is here, so don’t fret little fishes, we’ve got plenty of Pisces memes for you. If you were born between February 22nd and March 20th, that means you’re the sign of the fish. Well, two fish to be exact, but we’re bad at counting.

Pisces is a mutable Water sign ruled by Neptune, which explains why you’re supposed to be more dreamy, emotional, and intuitive than other zodiac signs. Which is why you can sense we were about to say something snarky. Nice work, Nemo.

Sure, Pisces are also known for being emotional, gullible, moody, but they’re also artistic, empathetic, and incredibly romantic. They’re the sign that knows better than to get you yellow roses on Valentine’s Day. If you’ve had a bad day, call a Pisces! They’ll be more than happy to share their Kleenex with you.

If you’re a Pisces (or dating one), you’ll appreciate these memes. And if you don’t, check the one for your rising sign. Or go tweet at an astrologist.

1. Hi I just met you and this is crazy but 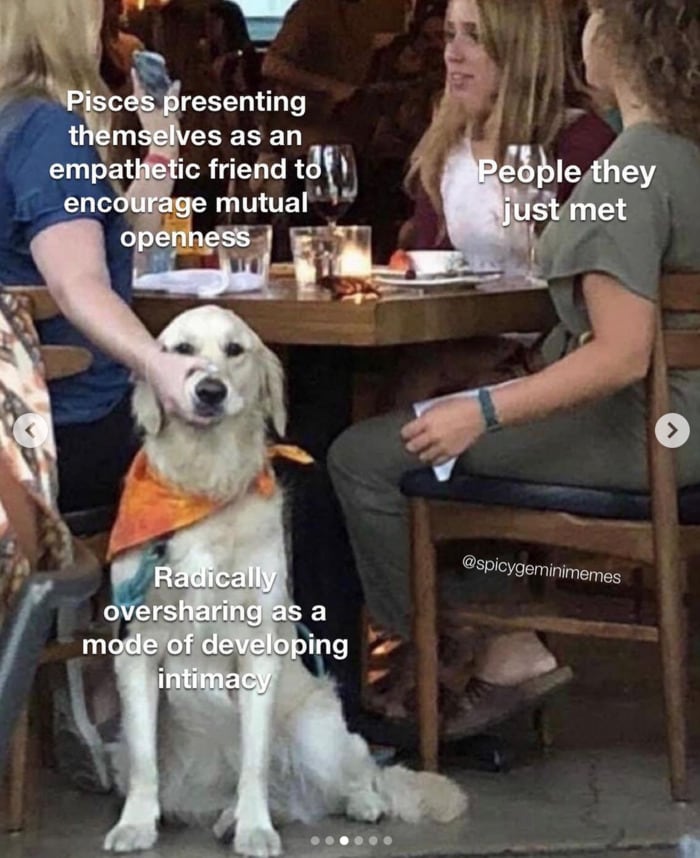 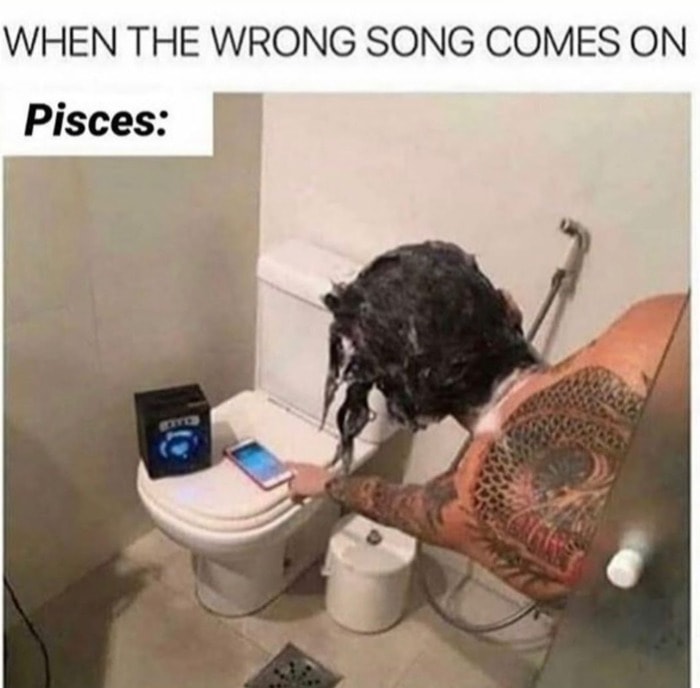 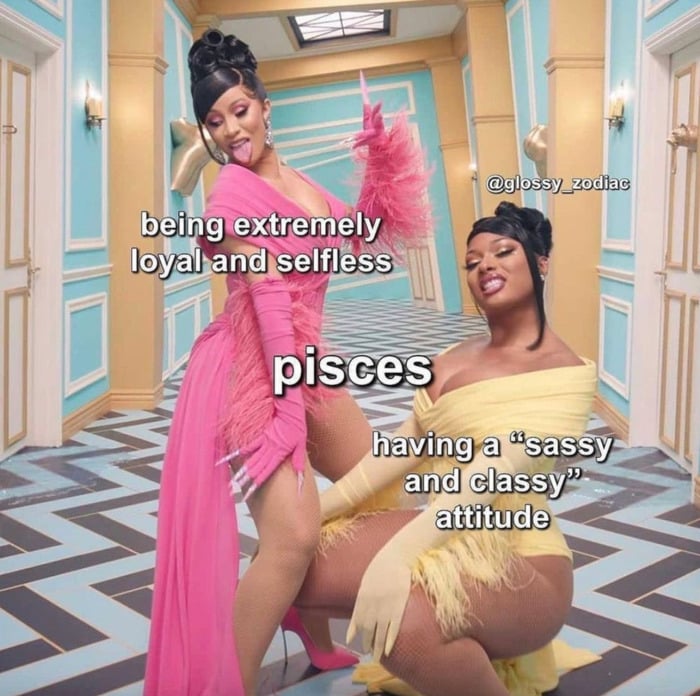 4. Signs you’re a Pisces include:

“tell me you’re a
pisces, cancer, libra, or leo without actually telling me” pic.twitter.com/Qm6U1g33xB 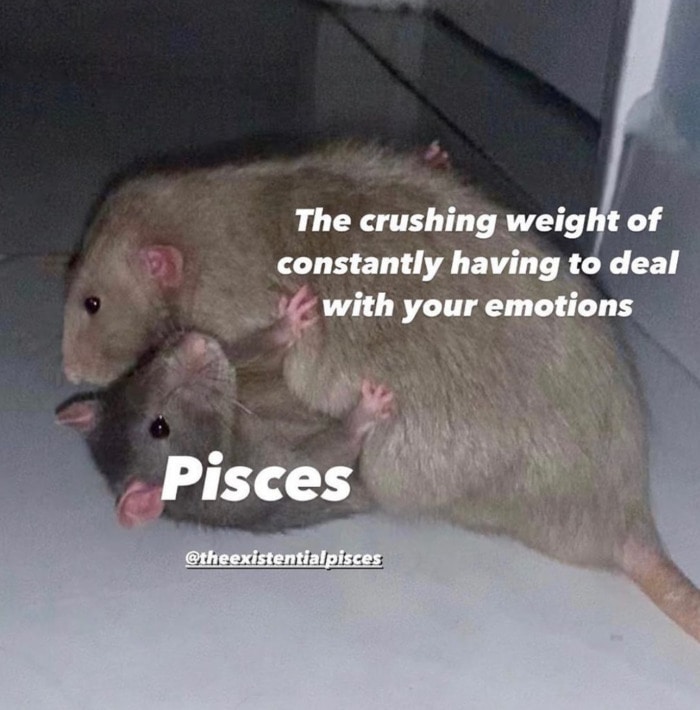 6. All the emotions. All the time.

7. Thank goodness most of us can’t read minds. 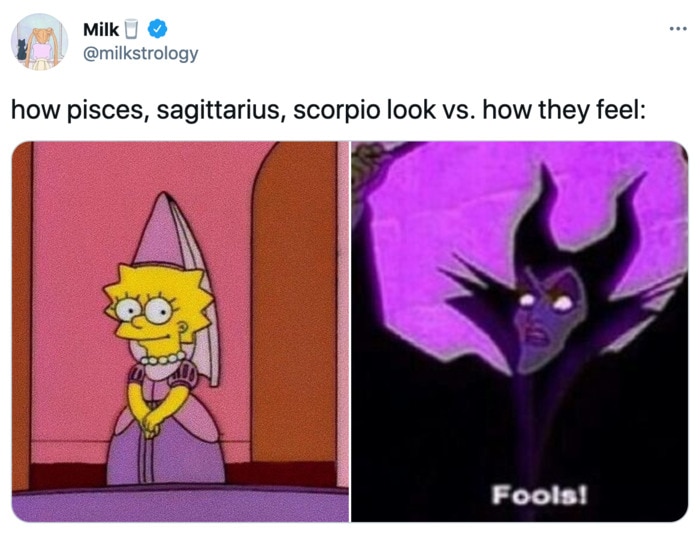 8. Oh, Pisces, your stability is really something.

A post shared by The Best Pisces Memes 🥰 (@piscesmemes101) 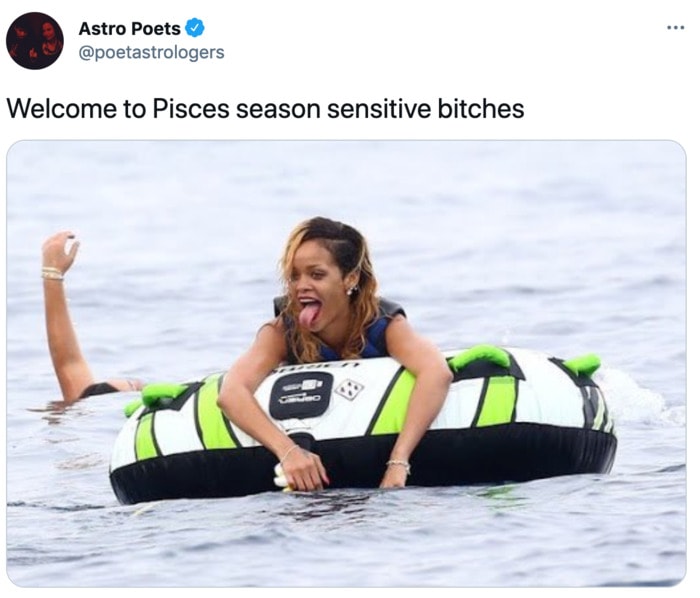 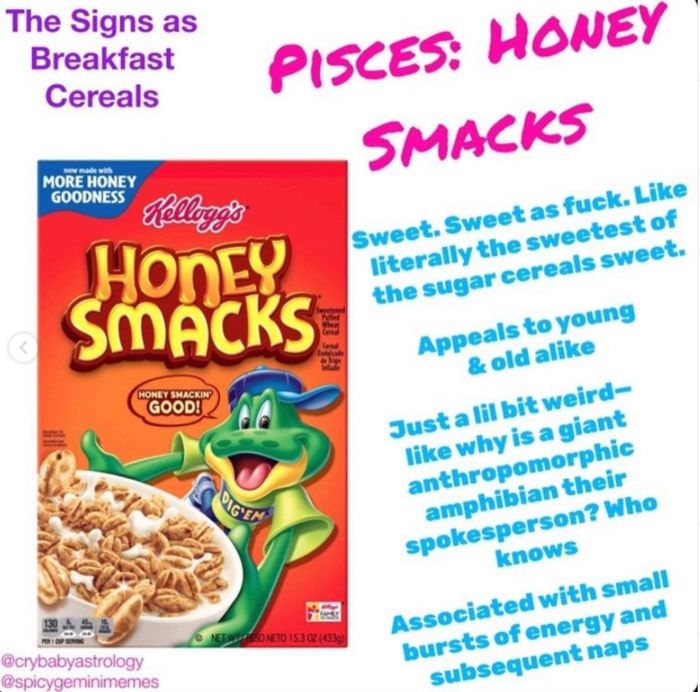 11. There’s something similar about these two pictures. Give us a minute, we’ll figure it out. 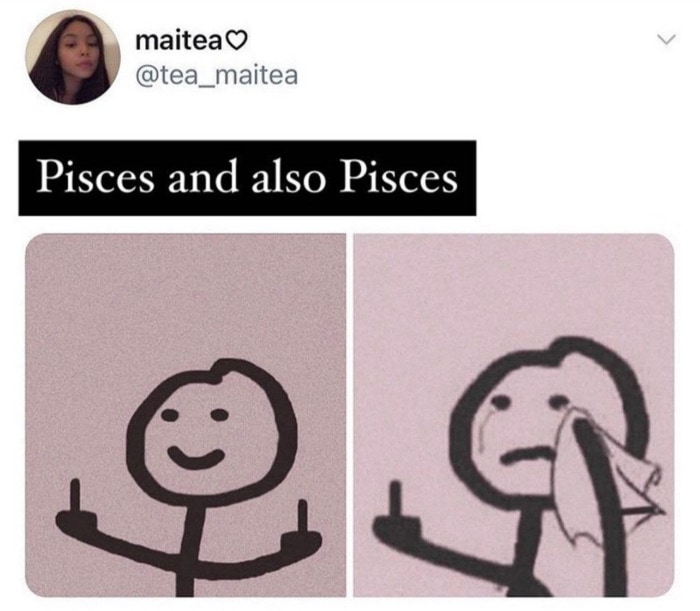 12. Just gonna turn the phone off and on again to see if that helps. 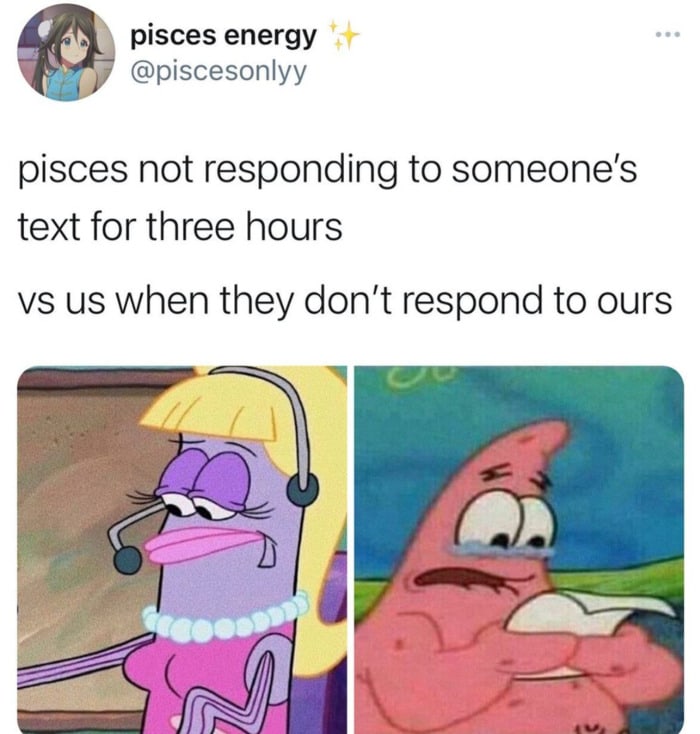 no
one:
pisces season: pic.twitter.com/x4HQC4l2A0 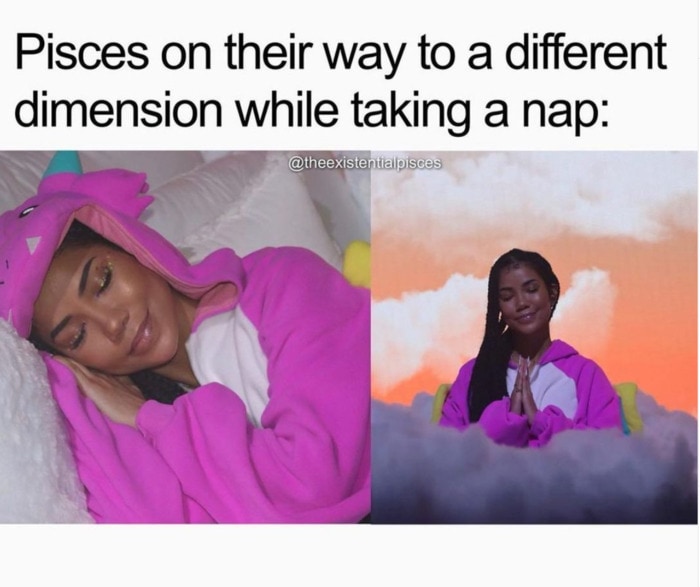 15. :Slowly steps away from March Pisces: 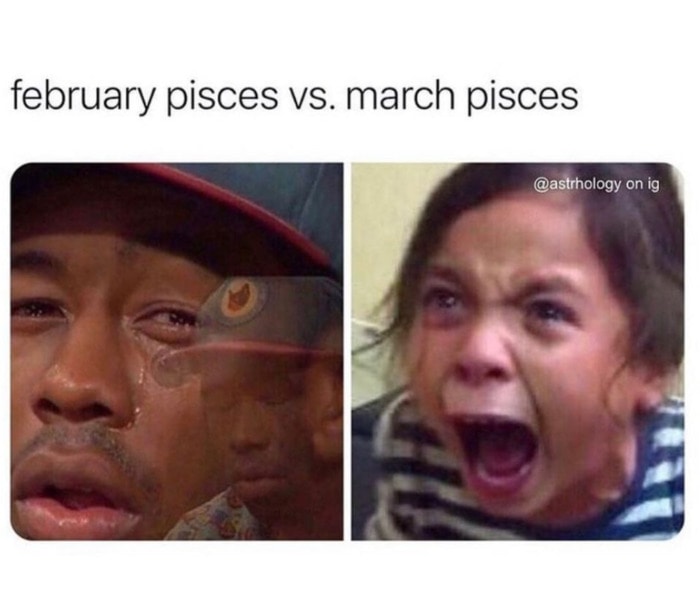 16. Someone’s gotta do it. And that someone is Bernie. 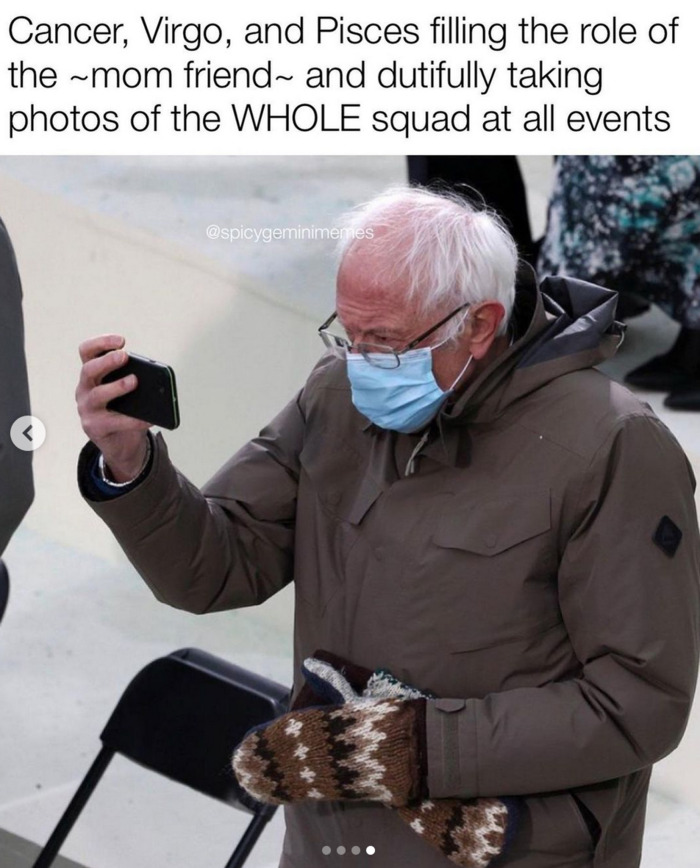 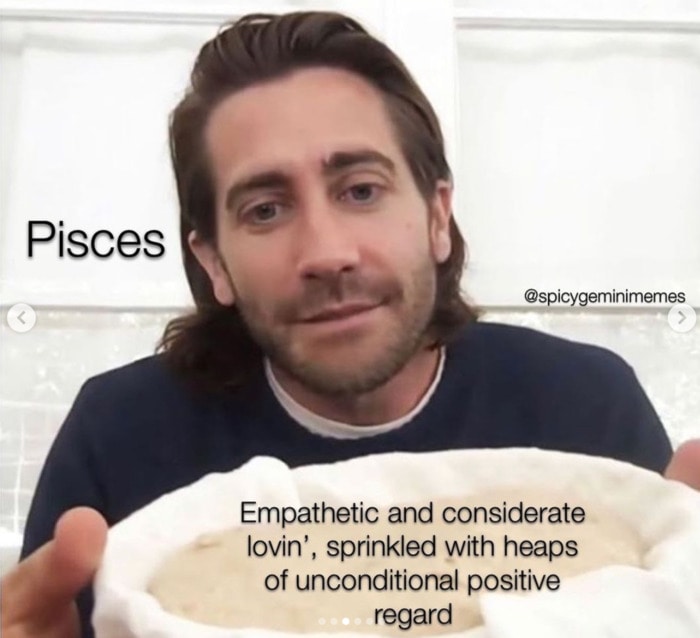 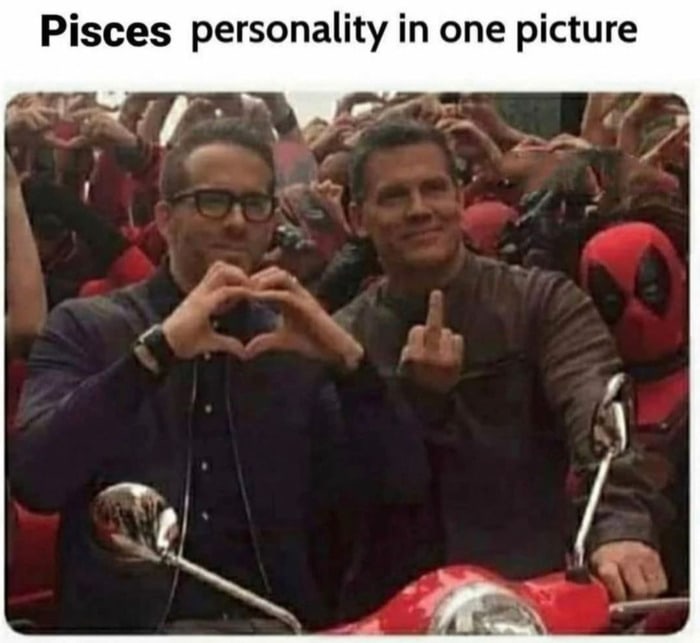 all this pisces slander but how come all the sexy people on the tl having birthdays now??? what’s that about??

Latest posts by Rebecca Swanner (see all)
As an Amazon Associate we earn from qualifying purchases. This post may contain affiliate links from Amazon and other sites that we collect a share of sales from.
5.7K shares