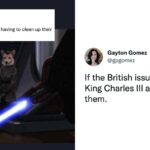 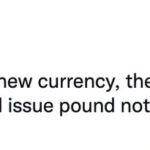 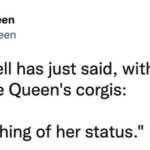 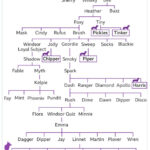 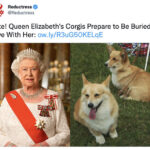 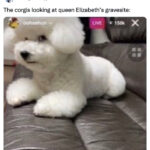 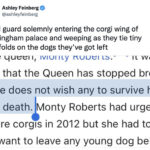 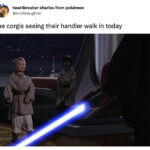 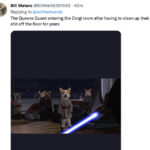 On Thursday, September 8th, 2022, Queen Elizabeth II passed away at the age of 96. She reigned as the Queen of England for 70 years, and will be known as the longest reigning monarch in British history. But she was also known for something else: her corgis.

It’s estimated that the Queen raised more than 30 corgis over her lifetime. So of course, the Internet is full of Queen Elizabeth corgi memes. But what’s the fate of the remaining fluffy butts now that she’s gone? 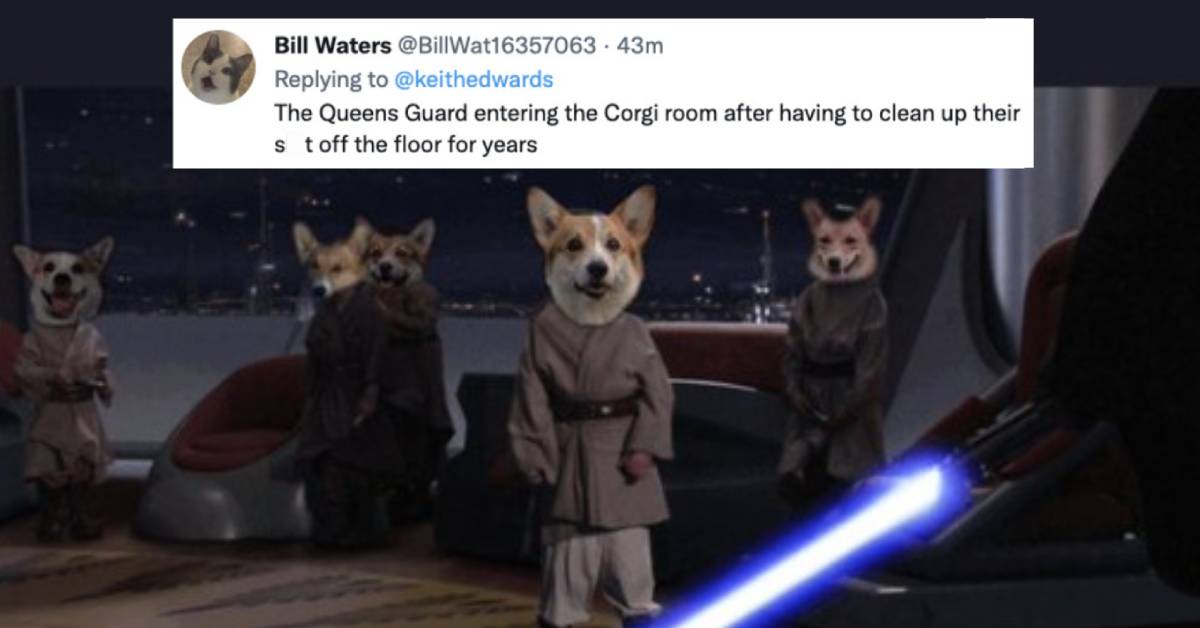 According to reports, Queen E stopped breeding the dogs in 2015 because she didn’t want any of her corgis to survive her. Now, most logical people would assume that these dogs will be rehomed, possibly to her family members. But Twitter is anything but logical, and has gone down a much more morbid route.

These tweets took the Queen’s words literally, suggesting that any surviving corgis should survive no longer. Whether that’s actually true or not? We’ll let you decide.

So, at your own risk, take a look at the funniest Queen Elizabeth corgi memes after her passing.

1. We feel like this statement could use just a little more clarification. 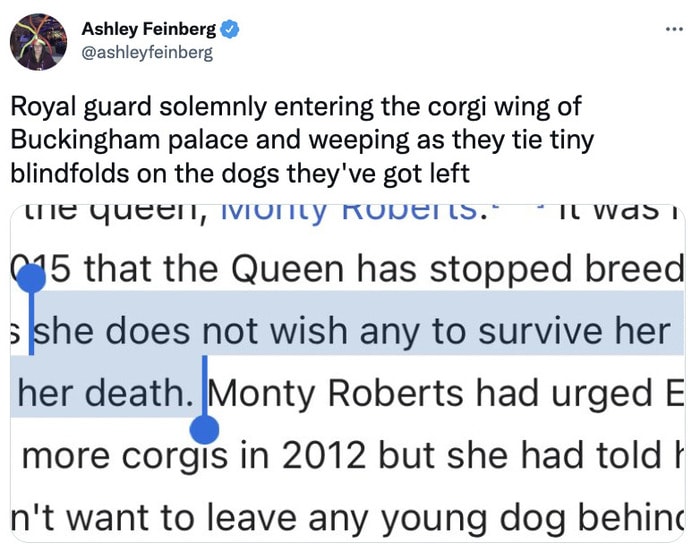 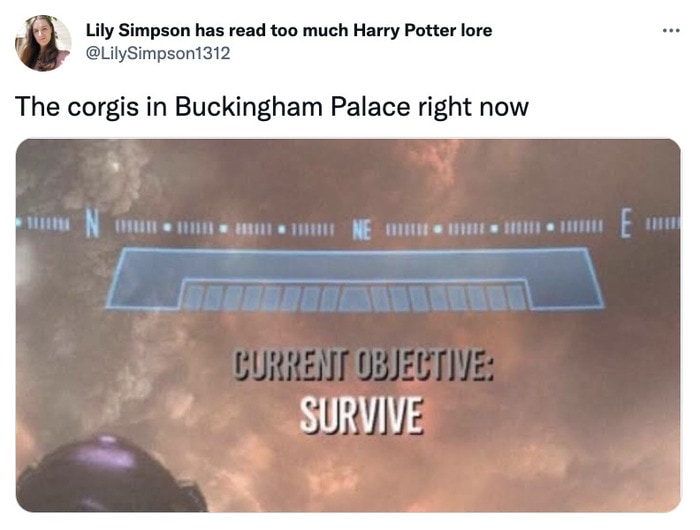 3. Get those little legs moving, boys! 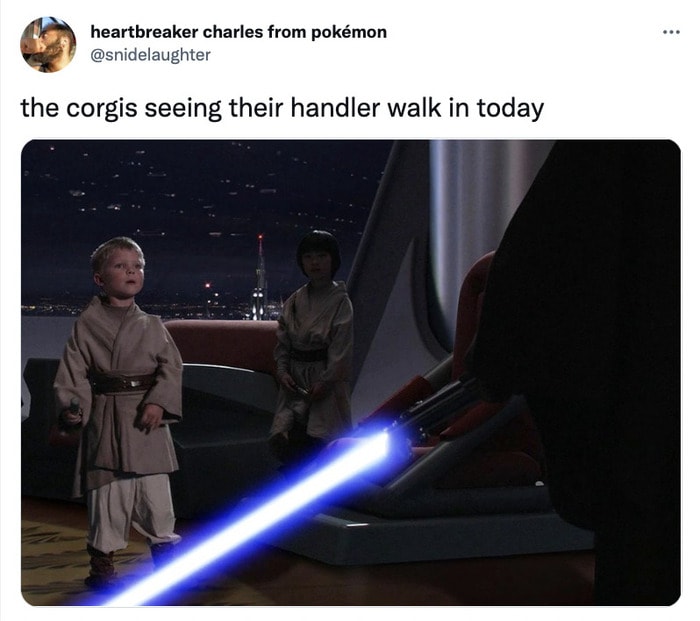 4. Then someone should tell them?!

5. “Mom is sleeping in a really weird place today…” 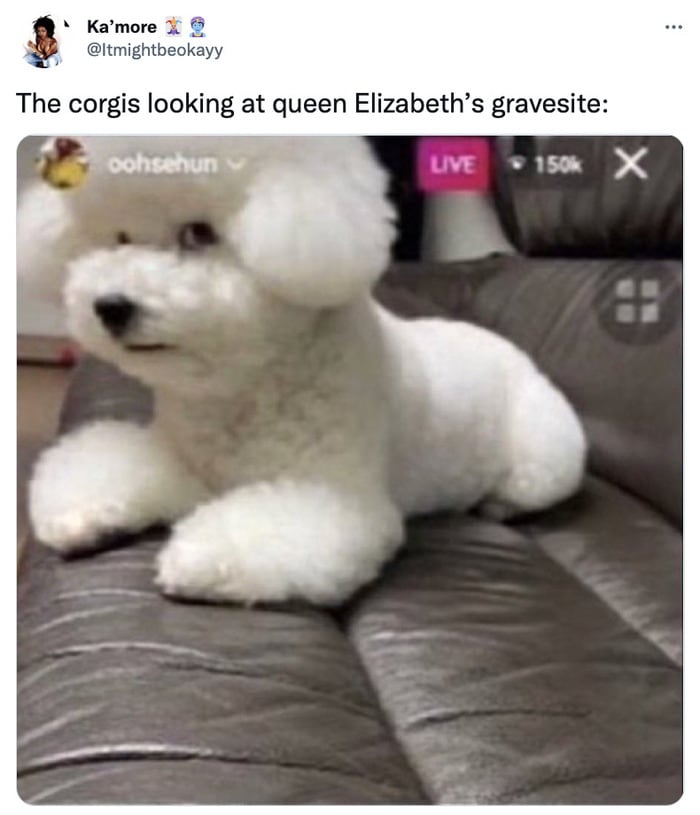 6. Maybe she’s taking a page from the Egyptians’ book. But like, a wrong page. 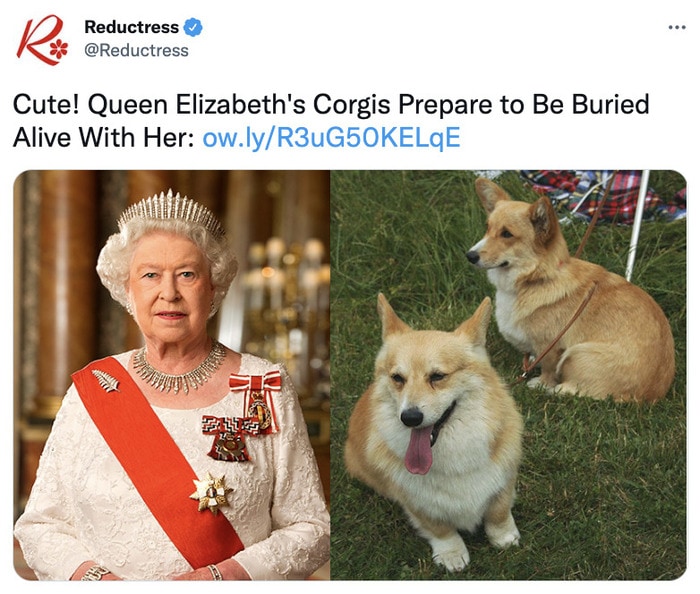 7. Now Fido is really regretting the day he ate too much grass. 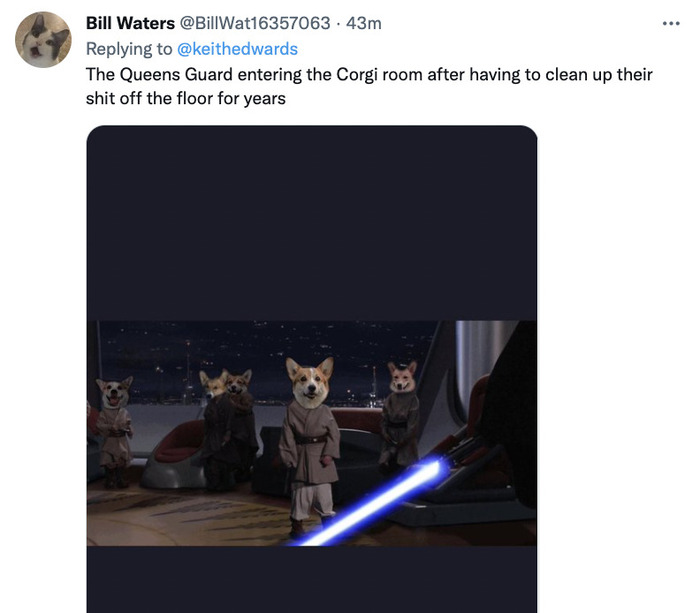 8. This would absolutely increase the currency’s value. 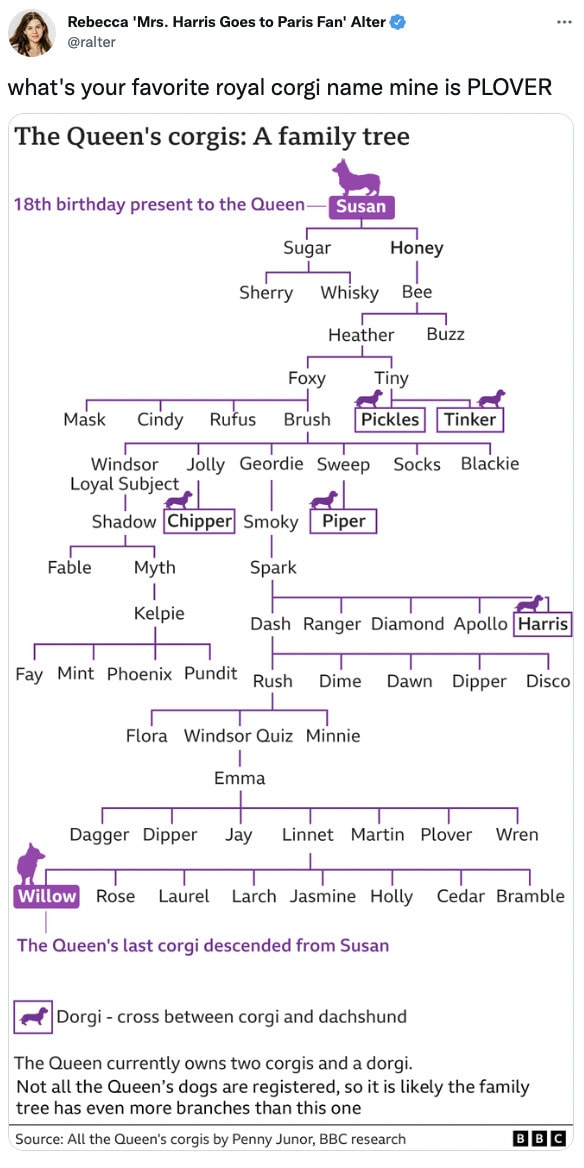 me watching the royal guard going into the corgi wing of buckingham palace because the queen wanted none of them to outlive her pic.twitter.com/hd64Fro3BH

11. BRB booking a flight to London.

500 orphaned corgis running wild on the streets of london

12. We would not want to be the Queen in this situation.

13. And finally, this simple request:

give me her corgis

Latest posts by Hannah Rex (see all)
As an Amazon Associate we earn from qualifying purchases. This post may contain affiliate links from Amazon and other sites that we collect a share of sales from.
172 shares