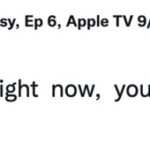 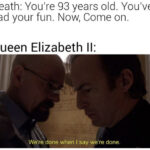 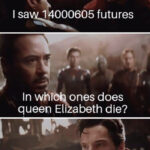 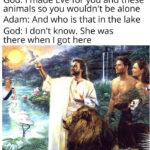 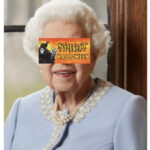 After 70 years reigning as the Queen of England, Elizabeth II passed away at the age of 96 on September 8, 2022 in Balmoral, Scotland. Whether or not, you were a fan of hers or support the British Monarchy, we can all agree that it’s the end of an era. And, that all royalty is mortal.

Of course, Twitter had mostly memes and jokes in regards to Queen Elizabeth’s death from those about Diana to the fate of her corgis.

We’re not saying they’re not valid — there’s a lot that happened under her royal reign that was much more than “problematic,” but we’re sticking with sharing the ones that are above board for the moment.

So, what happens now? Tomorrow at 11am Greenwich Mean Time, Prince Charles will assume the throne and be crowned the King of England. Camilla will become Queen. And the Queen will kick off an epic party with Betty White. 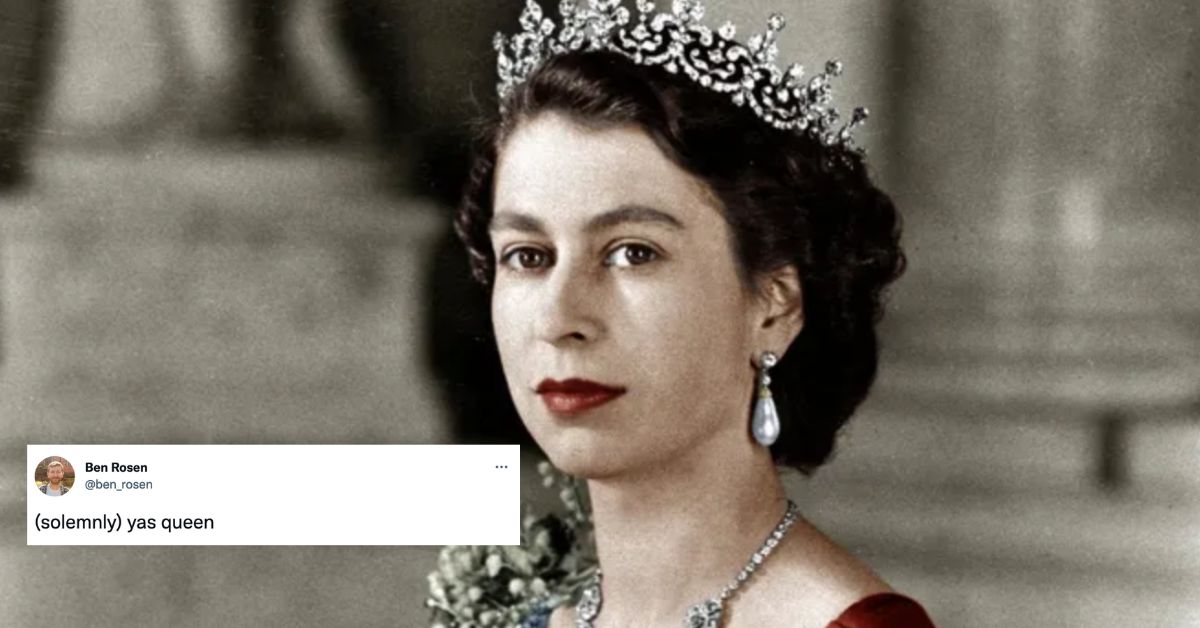 Some of Twitter’s Memes and Tweets About Queen Elizabeth II

1. Um, your queen is in another castle.

this is gonna be a shitshow, huh

Royal guard solemnly entering the corgi wing of Buckingham palace and weeping as they tie tiny blindfolds on the dogs they've got left pic.twitter.com/qtM0f0GX94

The Queen's death could create one of the worst weeks ever on here. British people debasing themselves, 600-tweet colonialism threads, men in hats on horses on TV. A grief bomb followed by a magnitude 8 takequake resulting in an outbreak of mass amateur historianism. Be careful. 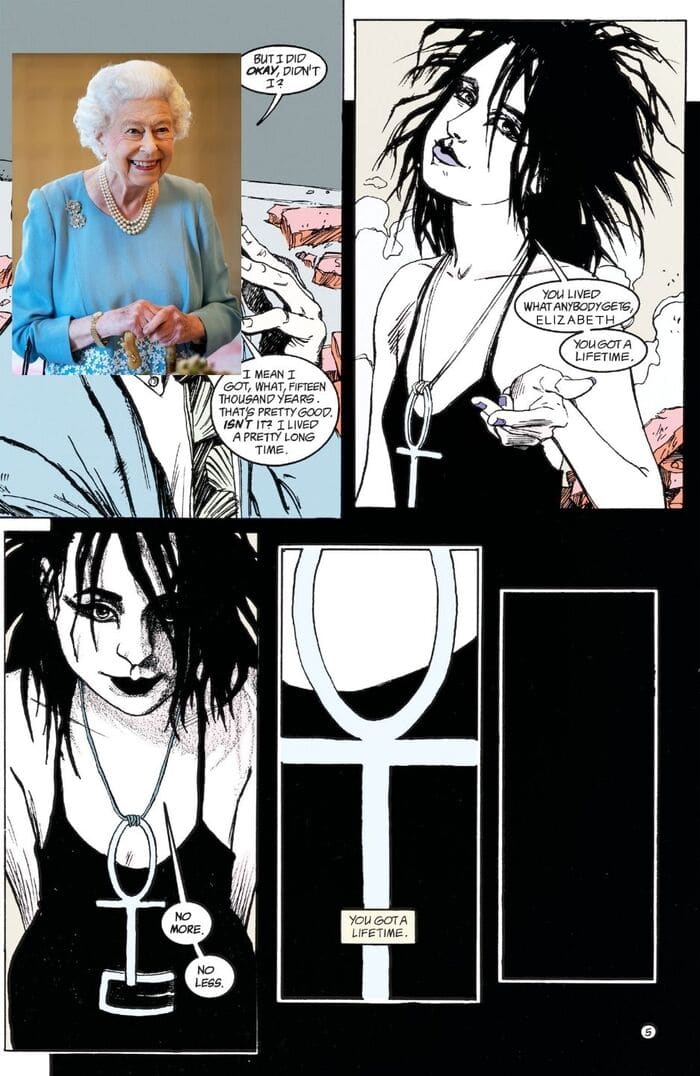 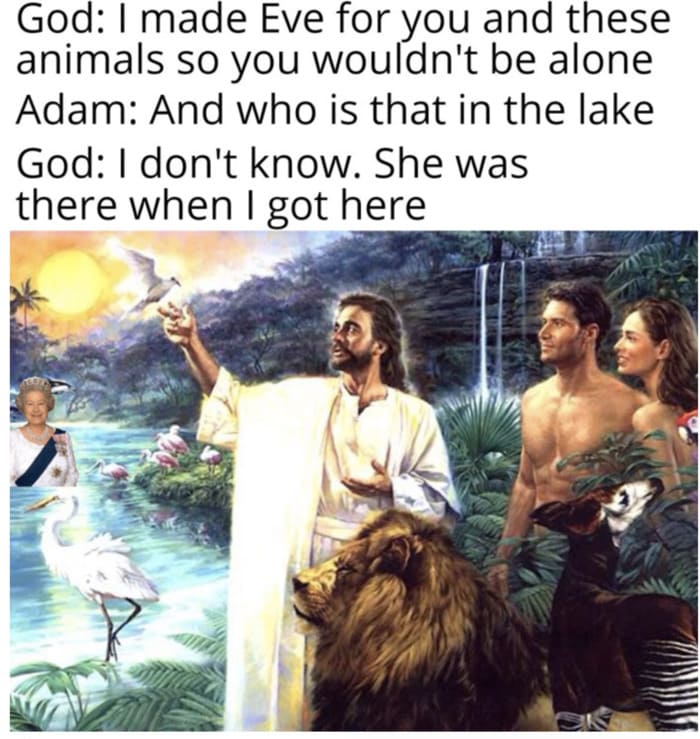 9. Even for Spirit Halloween this feels too soon. 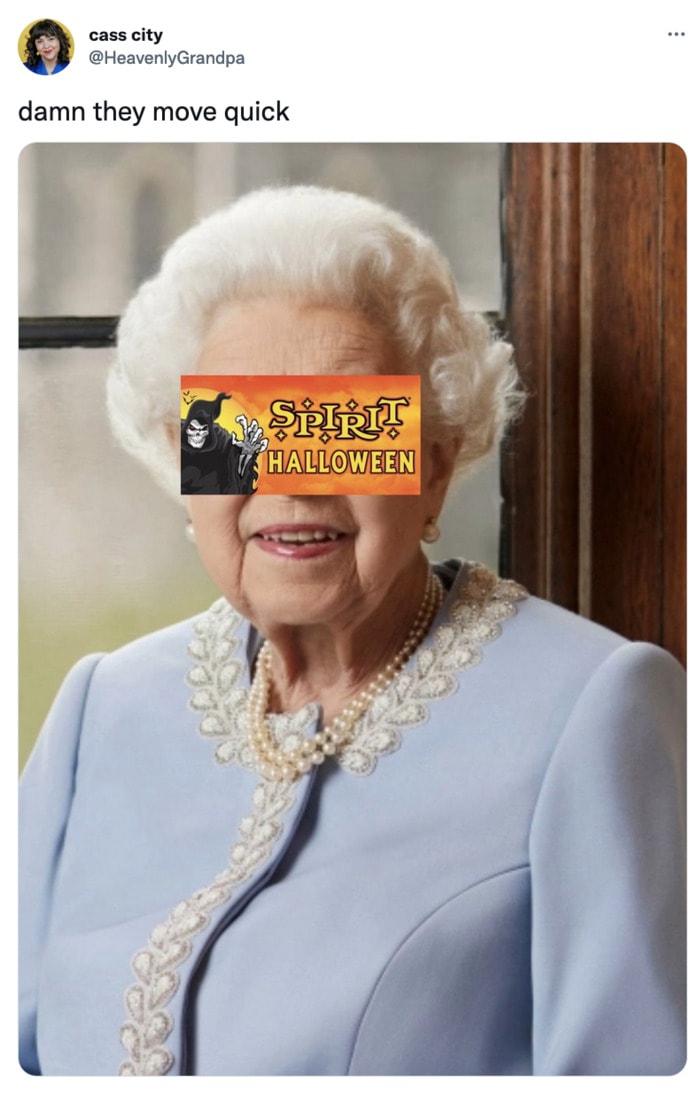 10. Doctor Strange, you seemed to have missed one. 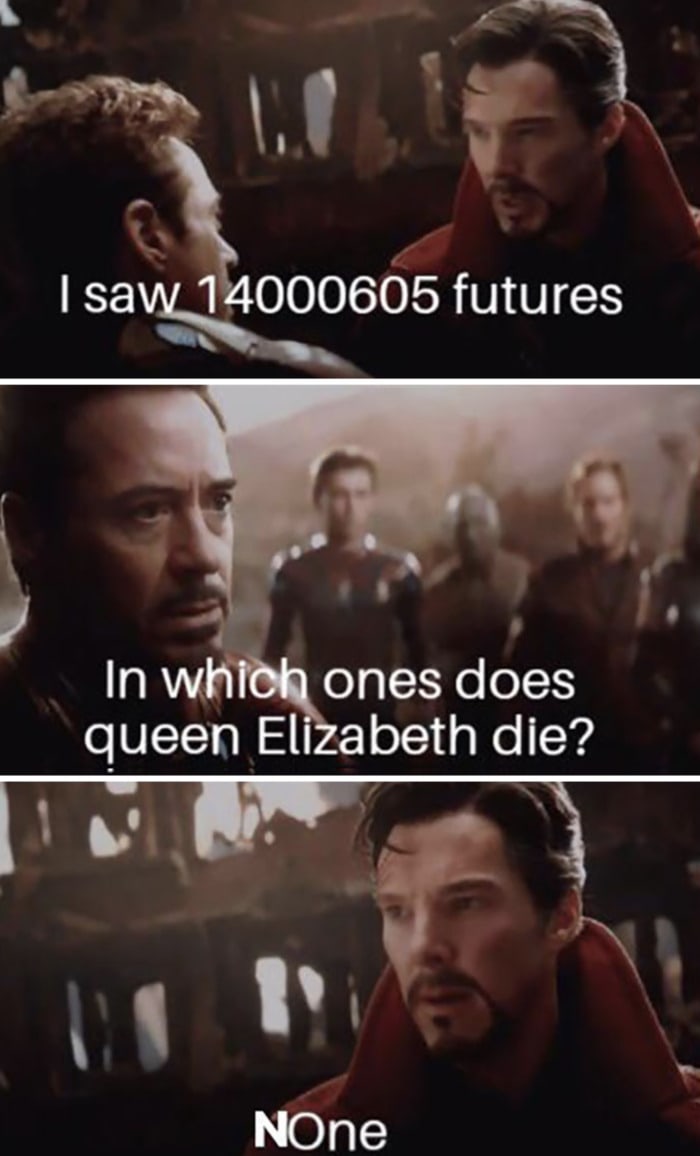 Dammit, I didn't want to know how the show ended. pic.twitter.com/8uaNxVXFYE

12. Someone send The Crown writers some tea. They’re going to need it.

13. Surely they already had the measurements, no? 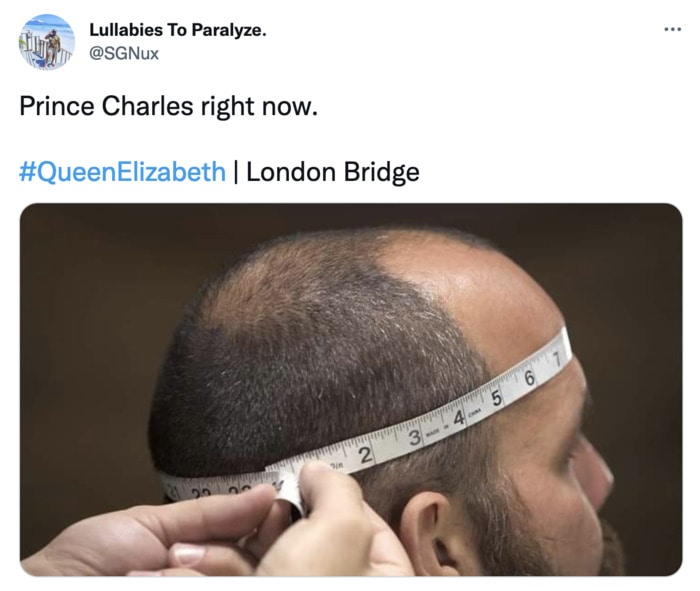 me reacting to all the memes about the queen #QueenElizabeth pic.twitter.com/1kX9POaE7j

16. We have some questions about the rainbow.

20. The Smiths now competing with The Simpsons for their ability to see the future.

21. This is your reminder to silence all notifications now.

Is it too soon to say “ How are they going to fit King Charles ears on the stamps”.

23. One more of these for good measure.

We didn’t pour tea in the harbor for this https://t.co/osEQKQyMbu

Nations, everyone in England is distracted. It’s the perfect time to get your stuff back from the British Museum.

Latest posts by Rebecca Swanner (see all)
As an Amazon Associate we earn from qualifying purchases. This post may contain affiliate links from Amazon and other sites that we collect a share of sales from.
411 shares